Traquair House is the oldest continually inhabited house in Scotland. It first came into the Stuart family’s possession in 1491 and has been occupied by the Stuarts ever since.

In 1738, the fifth Earl of Traquair installed the Bear Gates at the top of the avenue leading to the house. However they were only in use for 7 years as the Earl closed them after Bonnie Prince Charlie’s departure and vowed not to open them again until a Stuart King reclaimed the Throne.

Traquair House feels much more personal than most, with its modestly proportioned rooms and slightly tired antique furniture. It is certainly a house that looks like its been lived in.

The tour of the house is self-guided with information sheets in each room. You start in the cellars of the house where you can see the household crockery collection, servants' areas and the cellars where food was stored. There is also a spooky room with a ghostly old lady in a rocking chair. Before progressing to the upper floors, it is worth taking the time to watch the video explaining the history of the house.

On the first floor of Traquair House, there is a small exhibition explaining the connections of the house and its residents to the Jacobite Rebellions. Amongst the items on display is the cloak that the 5th Earl of Nithsdale, with the help of his wife, used to escape from the Tower of London in 1716 by disguising as a maid.

Other notable features of the house are the bed that was used by Mary Queen of Scots when she visited Traquair and the secret stairway where the resident Priest could hide. Although it seems that the presence of the Priest in Traquair house was something that most of the locals knew about.

Traquair House also has its own brewery that makes very good strong dark ale. In the grounds there is a small, but challenging maze, a pleasant café next to the walled gardens and a few craft shops.

We recommend the “Ploughman’s Lunch” at the café, it’s big enough for 2 to share. 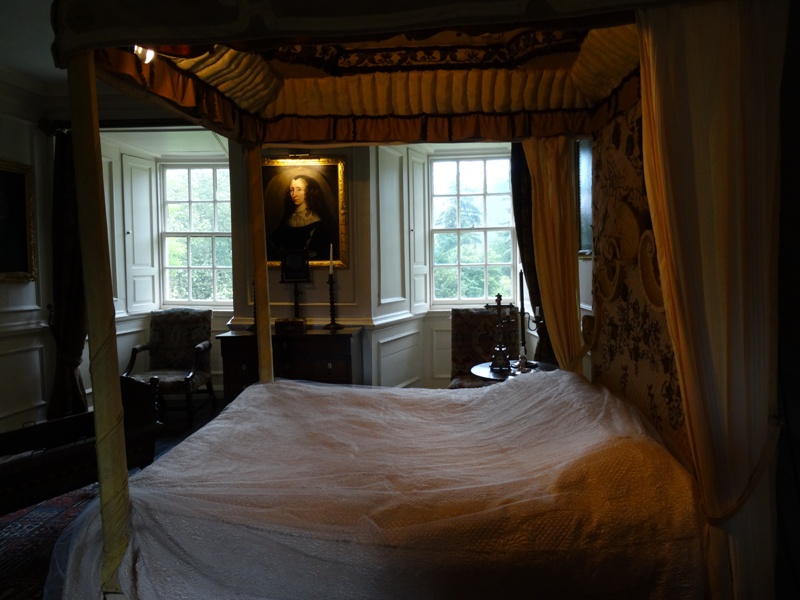 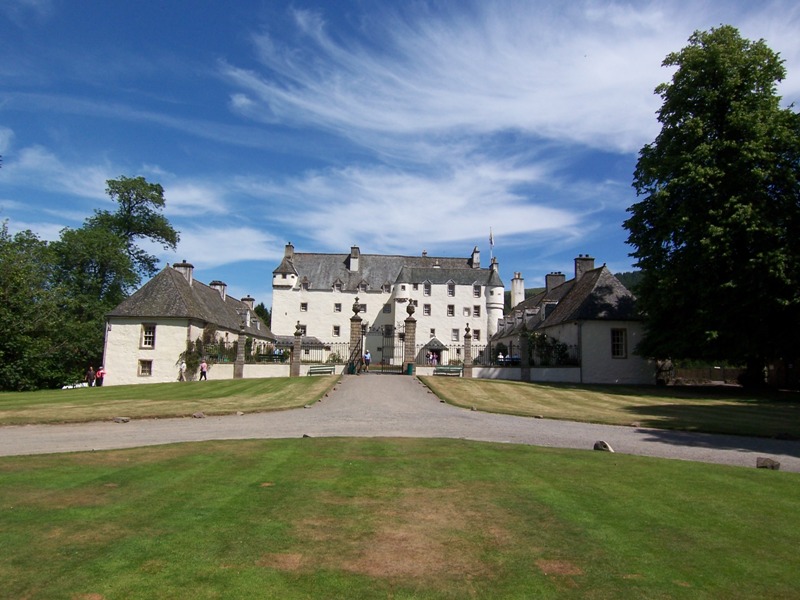 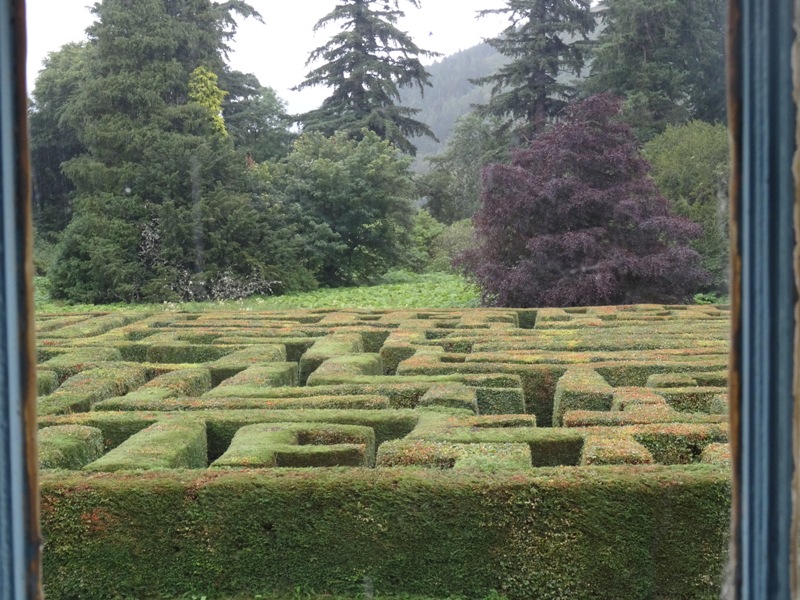 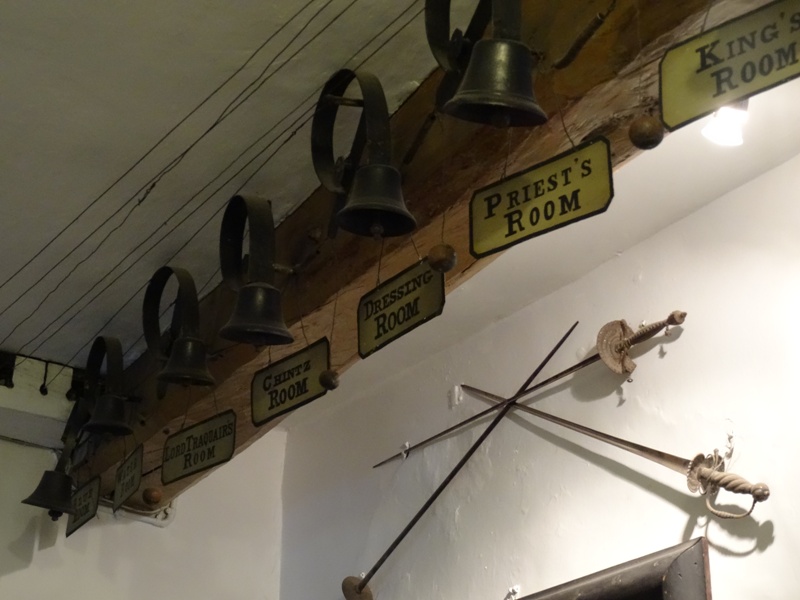 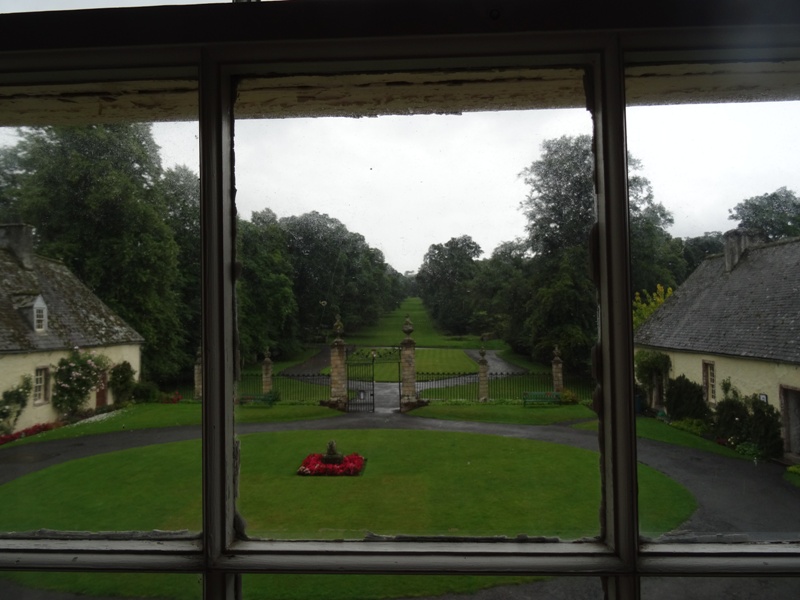 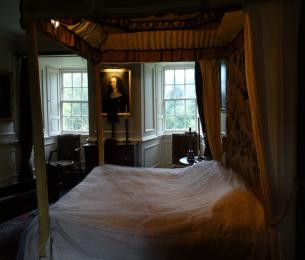 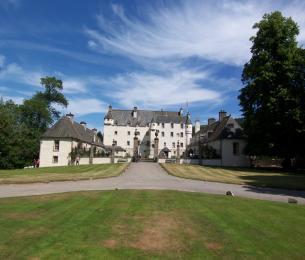 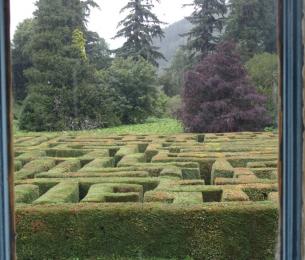 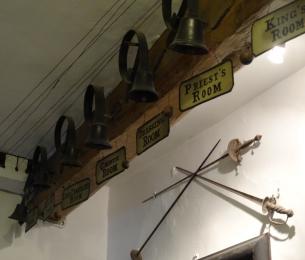 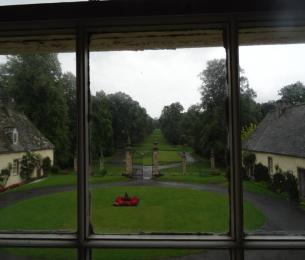