The Rhinns of Galloway

I have a variety of books that I refer back to when working on ideas for new routes for our tour itineraries, but one of my favourites is an old AA road Atlas and Travel Guide that dates back to the late 1950’s. This book was a travel companion on many of my childhood family holidays in Scotland and I love the book for its old photos and “pen & ink” style illustrations.

One photo that always captured my imagination was that of fish being hand fed at the Port Logan fish pond. I was fascinated by the idea that a haddock or cod might become tame enough to behave like this and I always assumed that there was some trickery in the photography to make it look more impressive. Well this May we were down in the Rhinns of Galloway and took the chance to see for ourselves if the fish really were so tame. 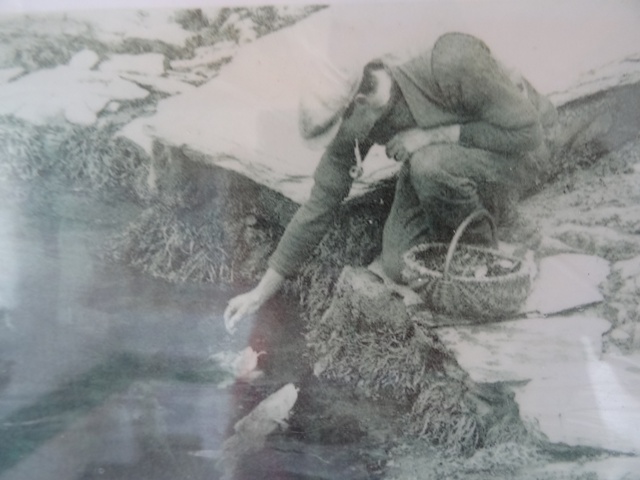 I should explain that the Rhinns of Galloway is the southernmost corner of Scotland and is a peninsula shaped like a hammer head that attaches to Stranraer. 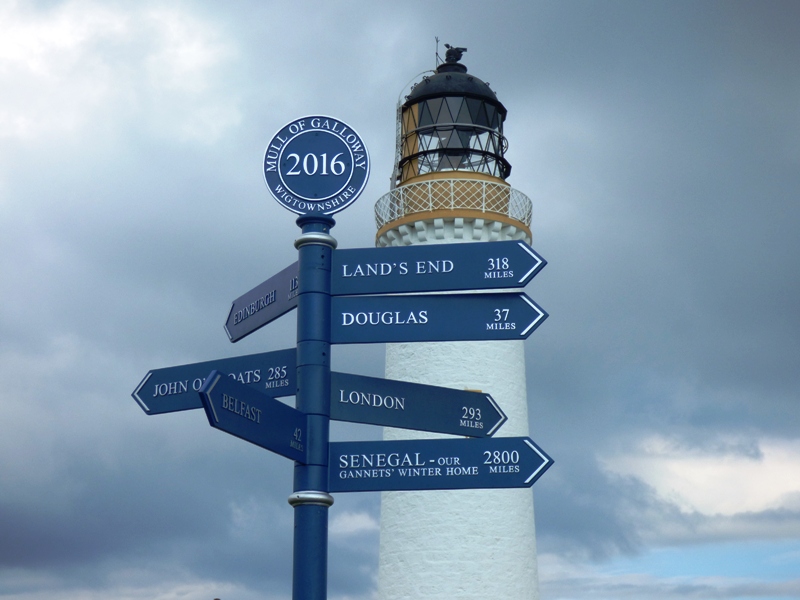 Despite being “out on a limb”, the Rhinns of Galloway doesn’t feel quite as isolated as the neighbouring peninsula of “The Machars” that I wrote about in the Blog for April 2009. This is maybe because the area gets a healthy tourist trade from visitors passing through Stranraer via the ferry services to Ireland, or maybe more people just come here so they can say that they’ve visited the southernmost tip of Scotland. 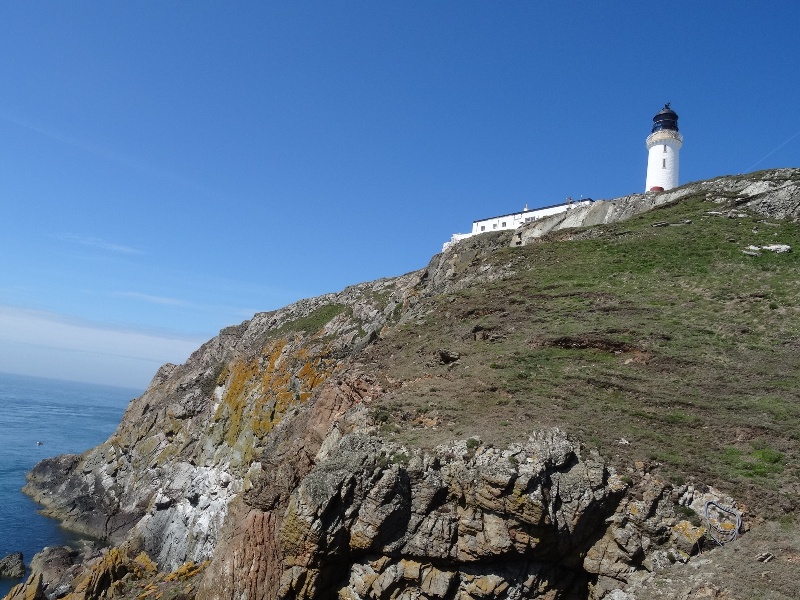 Actually, the title of southernmost corner of Scotland goes to a rocky outcrop called Gallie Craig and you would need to be pretty adventurous to set foot on it as it would involve an abseil down a large cliff or a treacherous landing by boat that really wouldn’t be wise. 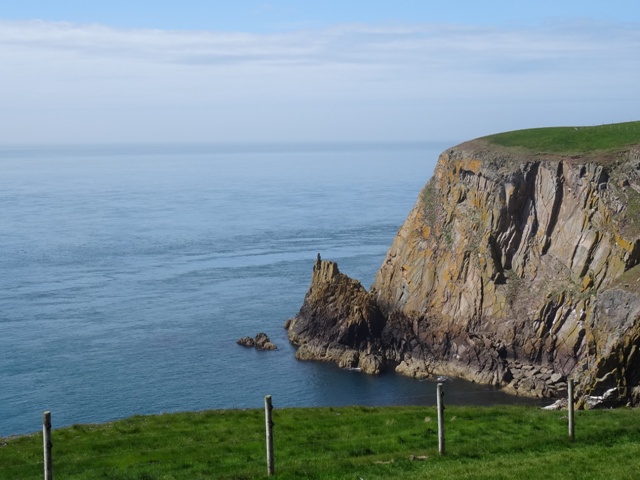 A significant number of visitors do make the journey down to this part of Scotland and we were amazed at how busy things were at the Mull of Galloway lighthouse and the café / gift shop nearby. But then it was a gloriously warm and sunny day. What is surprising is that this lighthouse isn't busier as its setting is every bit as scenic and dramatic as the rather over-rated Neist Point on Skye. 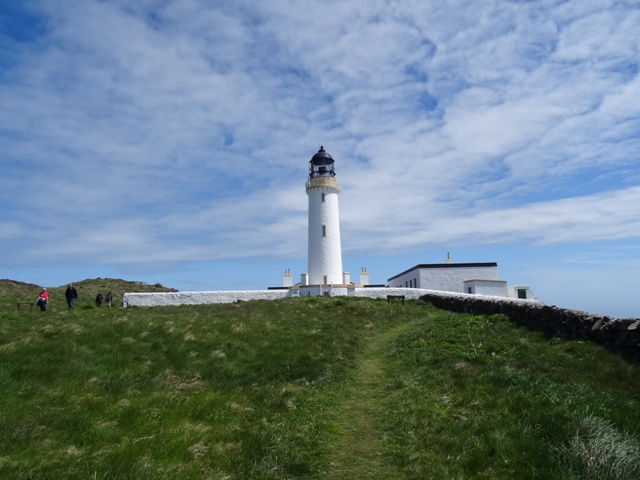 If you do get to this part of Scotland, it is well worth your time climbing the lighthouse as it is only from the top of the lighthouse that you can really appreciate what a narrow strip of land the Mull of Galloway is. Fortunately, the new café, that is just a few hundred metres from the lighthouse, is virtually undetectable thanks to its turf roof and the clever way that it has been built into the lie of the land. 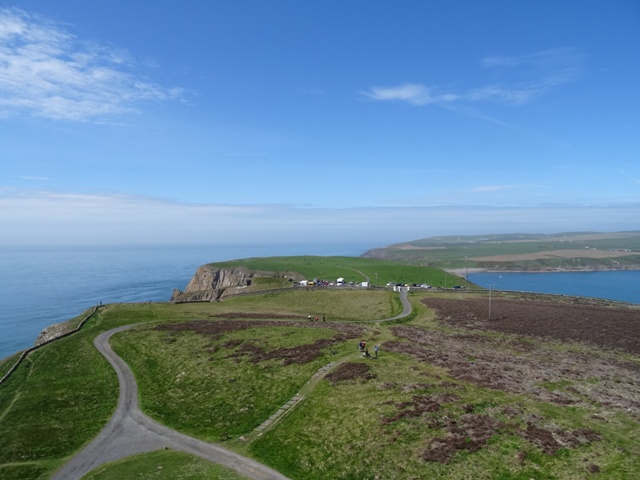 Heading back up the Rhinns of Galloway, you can stop in the little village of Drummore which boasts a tearoom, post office, pub, and a public toilet. But we were on a mission to find tame turbot so we skipped the hustle and bustle of Drummore (ha-ha!) to head up to Port Logan and its famous fish pond.

Port Logan is just a little cluster of cottages along a crescent-shaped bay. Something about the shape of the bay and the location of the houses reminded me of Dunaverty at the southern tip of the Mull of Kintyre. A similarly out of the way little village. 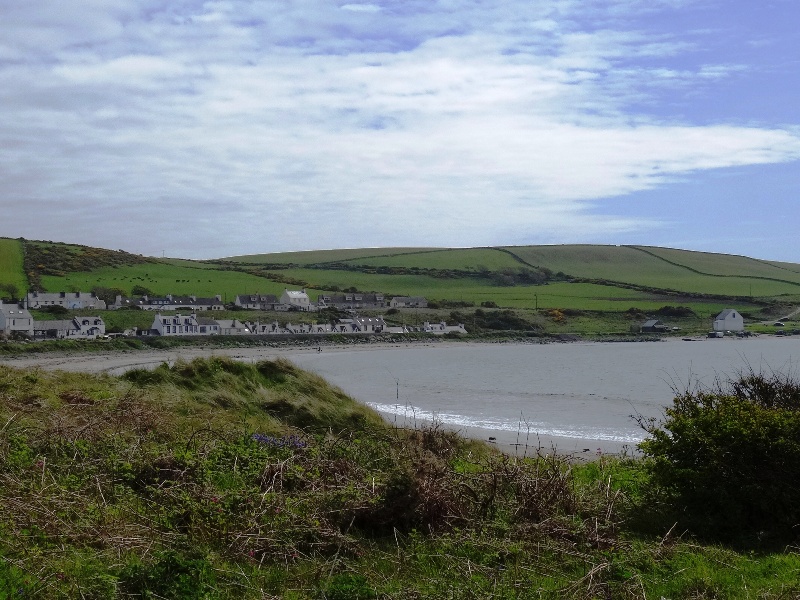 If you follow a rough track around the bay to the north, you arrive at the curiosity that is Port Logan fish pond. The pond was created in the late 1700’s by the local Laird who had a natural tidal hole enlarged to create a fish larder so he could always have a ready supply of fresh fish. The pond was stocked with live fish caught by a fisherwoman that the laird employed to stock and feed the fish, and the water in the pond was refreshed each day when the tide came in. 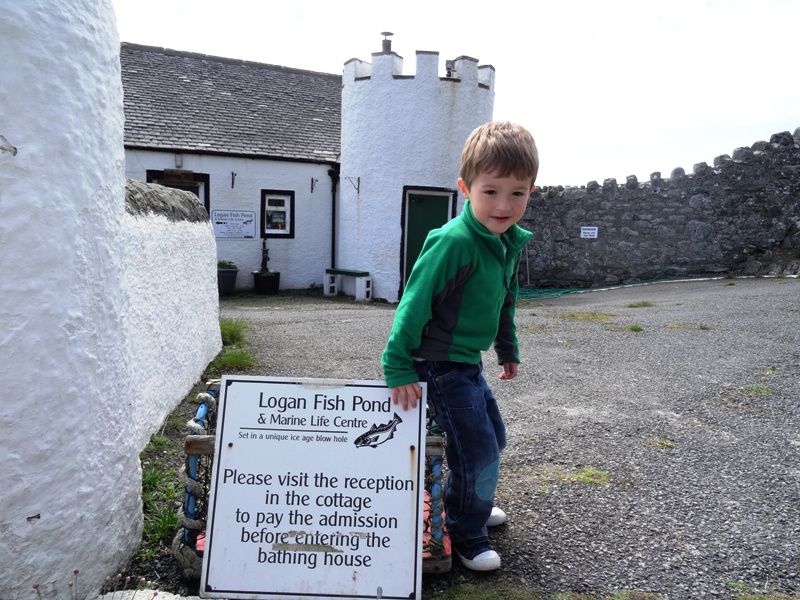 Today, the pool is home to fish which have mainly come from aquariums that have become overstocked. Some of the fish have been residents at the pool for over 10 years so they really have become very tame and wouldn’t be able to fend for themselves in the wild. The pond is run by a small team of enthusiasts and it is a pleasure to find curiosities like this being kept alive by people who are motivated more by their passion than by financial gain, of which we can’t imagine there is much. For sure, there are bigger and more spectacular aquariums that you could visit, but Port Logan fish pond is quaint and charming. Our 4-year-old was certainly captivated by the sight of haddock, cod, massive turbot, plaice, sole and the occasional Gruinard milling around just a few feet from him. In fact, he’s still talking about it 2 weeks later! 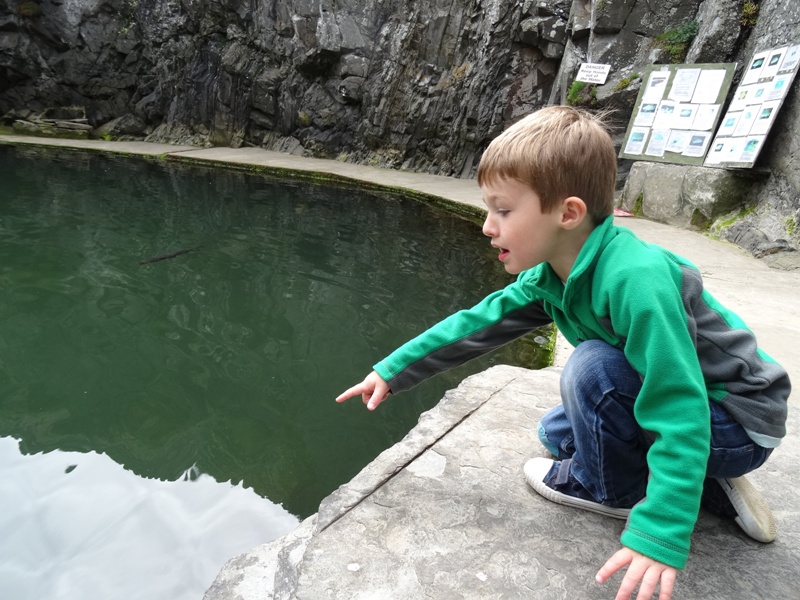 After seeing the Laird’s fish larder, we took the short drive inland to visit Logan Gardens beside his house. The gardens are now owned and maintained by the Royal Botanic Garden Edinburgh so the plant collection includes some exotic types and there is a corner of the gardens that tries to capture something of the atmosphere of a woodland in New South Wales. On a bright sunny day, like we had, these gardens are a wonderful haven of tranquillity and we were very impressed by the high standard that the grounds are maintained in. We’ll let the pictures do the talking… 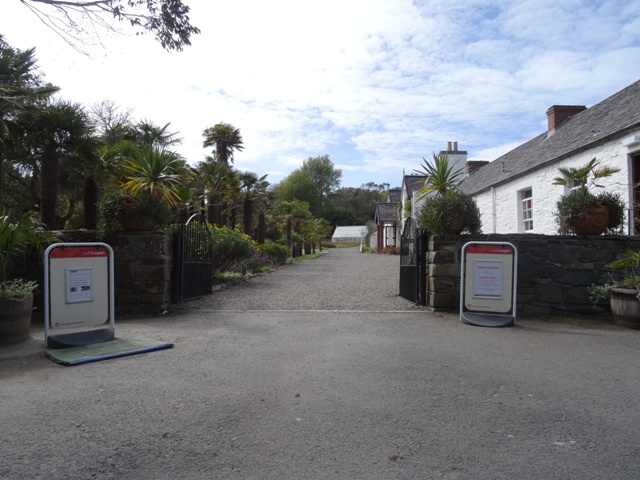 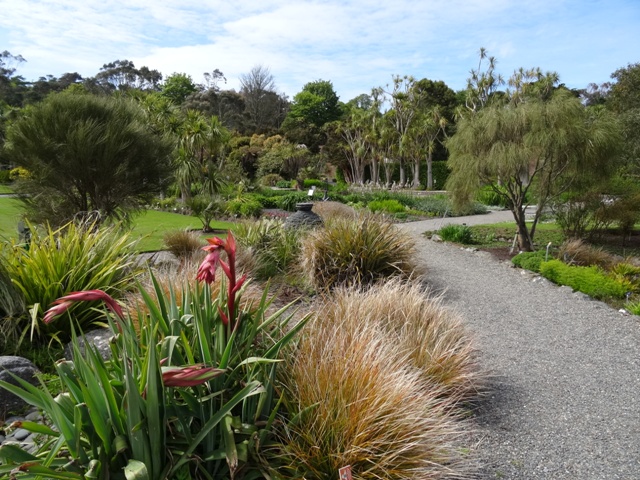