Edinburgh is a wonderful city to explore with lots of gems to be discovered in unexpected places. Whilst cities like Paris have beauty in their grand avenues and striking monuments, the beauty of Edinburgh is often to be found on a smaller scale and hidden away on a backstreet.

Riddle's Court - On the Royal Mile, but up a narrow close so it is easily missed amongst all the tourist gift shops touting tartan tea towels and soft toy Hairy-coos. This is a glimpse of 16th century Edinburgh and was built as a residence for a wealthy city merchant in 1590.  The building that you see today owes much of its appearance to alterations made in the 1890s. Prior to that, it would have been a cramped and gloomy place with two extra tenement buildings crammed into the cobbled courtyard which is now overlooked by a very attractive external wooden staircase.

As you walk downhill from the Castle Esplanade,  Riddle's Court is on the Lawnmarket (on youre right) almost directly opposite "Gladstone's Land". 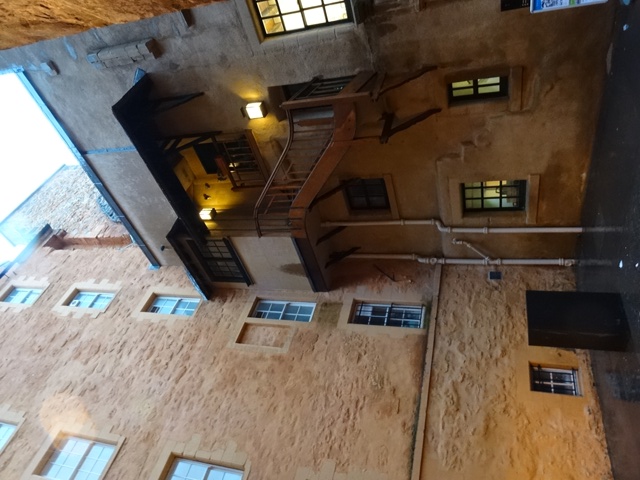 Dean Village - Not such a secret as the other places on this list and it does get a mention in most guidebooks, however Dean Village doesn’t see much tourist traffic and is such a pretty place that we have to give it a mention here.

If you need to escape from the crowds, Dean village is a peaceful riverside refuge just a 15 - 20 minute walk from the bustle of Princes Street in the city centre. The village originates from the 11th century and was once home to a cluster of watermills that would have ground the grain grown by local farmers. Only one of the original mills remains, and that building was converted into residential flats in the 1970’s, but there is still a distinct “village” feeling to this Edinburgh suburb, The village ambience is enhanced by the the fact that you are  in a small valley that is largely hidden from the surrounding city by mature trees. The riverside setting is so peaceful that a family of otters have even taken up residence here. 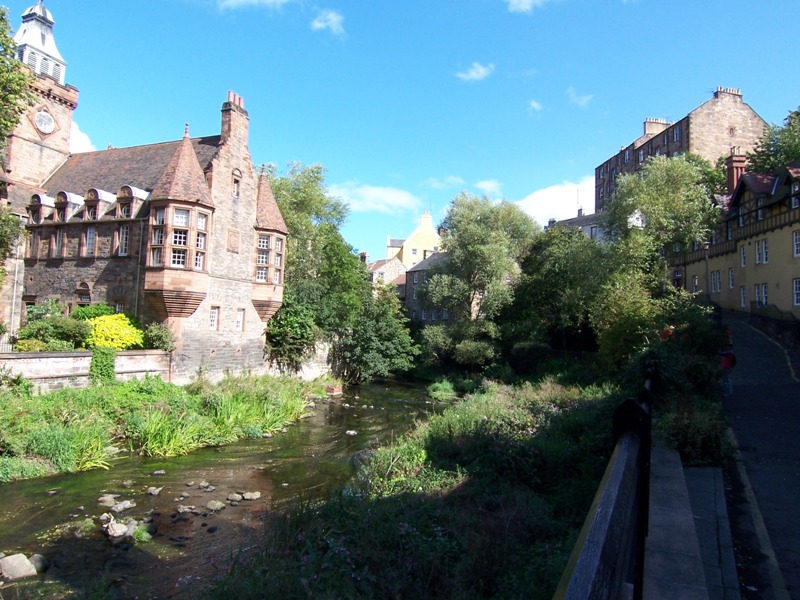 Circus Lane - From Dean Village, you can follow the Water of Leith walkway downstream to Stockbridge where you find our next backstreet surprise. Stockbridge is one of the more affluent suburbs of Edinburgh and it boasts a great collection of restaurants and pubs with a very cosmopolitan vibe. It’s a good place to head if you want  a bit of nightlife, but it is also where you find one of the city’s prettiest streets.

Circus Lane was built in the first half of the 1800’s when the “New Town” was still expanding northwards from Queen Street Gardens. The cottages originally being stable blocks serving the wealthy families who were buying up the “Des-Res” properties in the New Town. Leap forward  200 years and it is now the stable blocks that are the “Des-Res” properties with some Circus Lane cottages commanding prices of £500K. 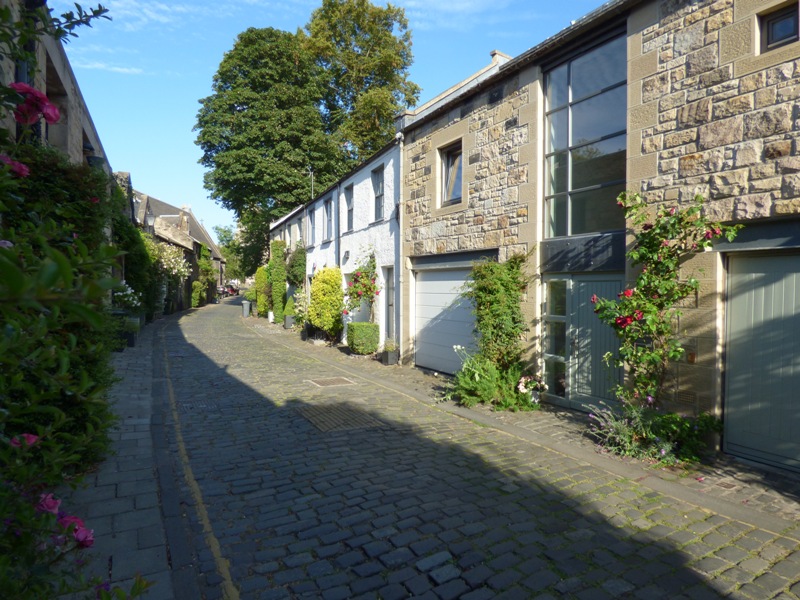 Bakehouse Close - I hesitated to include this in the list as Aurelia has just told me that this little alleyway on the Royal Mile was used in the filming of the “print shop” scene in  “Outlander” and is now getting a lot more attention from tourists. I have to admit, I’ve never watched the “Outlander” series and have no idea what the “print shop scene” is. Anyway, even if it is now part of the "Outlander" pilgimage trail, it is still a historically interesting place worth exploring.

If you walk down the Royal Mile from the castle towards Holyroodhouse Palace, you have lots of options to detour and explore rambling alleyways and narrow closes. It is easy to see how this part of Edinburgh inspired J.K. Rowling’s image of “Diagon Alley”. At the top end of the Royal Mile you will find that most of alleys are busy with people traversing from Princes Street to the Royal Mile, but as you venture down the Royal Mile it becomes less touristy and the side streets tend to be used much less as thoroughfares. As a result, most visitors overlook “Bakehouse Close” with its 16th century tenement and 17th century bakery.

Bakehouse Close is easy to find as it is located just beside the Museum of Edinburgh, which is a traditional style of museum with lots of exhibits in glass display cabinets, but well worth a visit in its own right. By the way, this picture of Bakehouse Close was taken by us in 2006, long before the “Outlander Effect" came to Scotland, so don’t expect it to be so quiet nowadays. 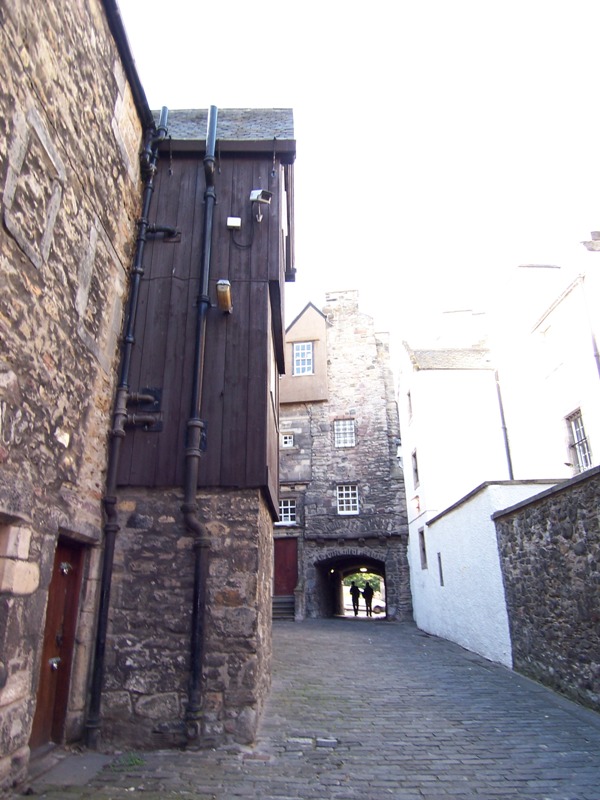 Barclay Viewforth Church - This is not so much of a back street location as thousands of people will drive past this building everyday, but unless you view the church from Bruntsfield Links you really won’t appreciate how quirky it is. The reason that we give the church a mention here is that we reckon it has to have given J.K.Rowling some ideas for her descriptions of Hogwarts School. As you can see from the picture below, Barclay Viewforth Church is a wonderfully over the top piece of Gothic architecture from the 1860’s.

The design of the church was not straightforward as it stands on quite a small plot of land and a conventional shaped church wouldn’t work with the footprint, As a result, architects were invited to compete for the best design and the winning design was done by a young architect, Frederick Pilkington, who had no previous church designs to his name. It wasn’t a universally popular choice and Frederick received so much criticism that he never repeated such a bold design again. However, fans of the Harry Potter movies will almost certainly be appreciative of the distinctive melee of towers, turrets and angular rooflines. 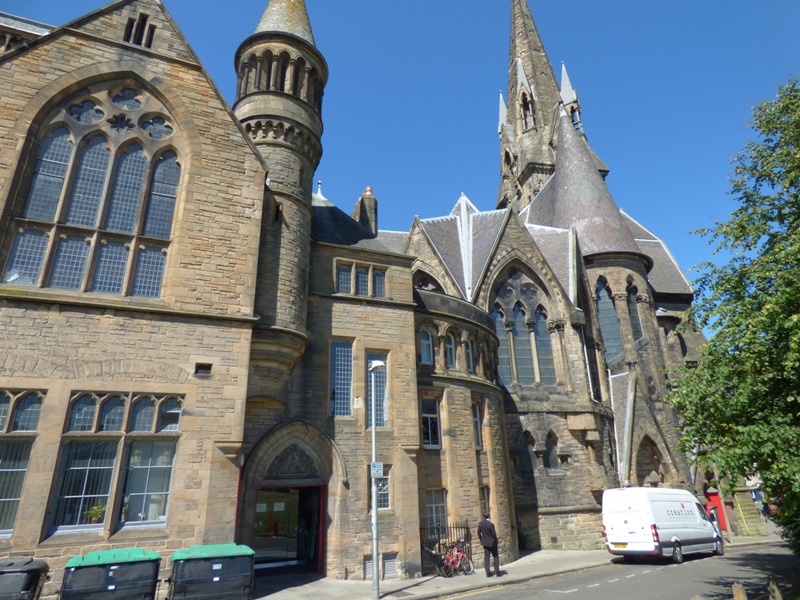 Dr Neil’s Garden - If you can’t be bothered to climb to the summit of Arthur’s Seat, you could instead take a gentler wander around the base of the hill to the sleepy suburb of Duddingston. There are several good reasons to make the effort to get here. First of all it has the excellent Sheep Heid Inn, which claims to have been established in 1360, although the existing building is not that old. Regardless of the accuracy of its claim to be the oldest pub in Scotland, it is a great wee pub with lots of character and the unusual attraction of a skittle / bowling alley that dates from Victorian times. Not far away from the pub is an 18th century building known as "Bonnie Prince Charlie's Cottage" as it was here that he met with his "Council of War" before the Battle of Prestonpans where the Jacobites thoroughly defeated the British Army in one of the first major battles of the 1745 Rebellion. It is more than likely that Charlie and quite a few of his Jacobite troops enjoyed the hospitality of the Sheep Heid Inn. 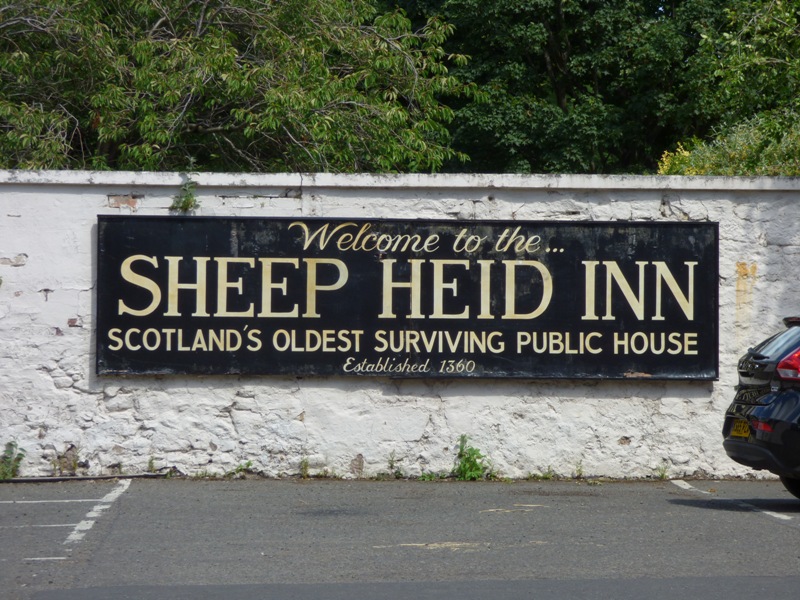 If you can pull yourselves away from the pub, you will find that Duddingston also has a charming little church that dates back to the 12th century and just beside the church is Dr Neil’s Garden. This garden is a special haven of tranquility that was created through the passion of Dr Nancy and Andrew Neil. This patch of land was just a piece of scrub ground until 1963 when Nancy and Andrew started an ambitious project to create this beautiful garden with help from some of their patients. 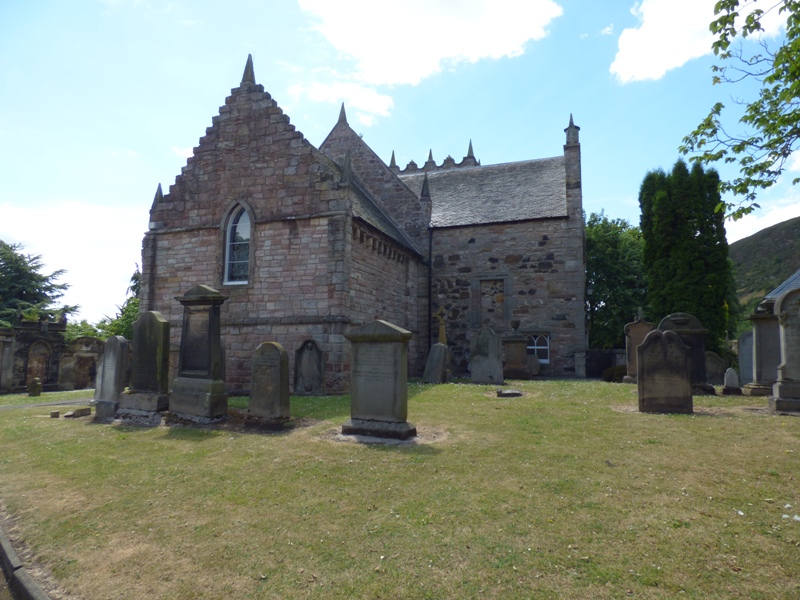 Thanks to the garden’s setting, with Duddingston loch to the west and Arthur’s seat glimpsed between the branches of mature conifers, you can easily imagine that you have been transported from Edinburgh to somewhere in the Scottish Highlands. 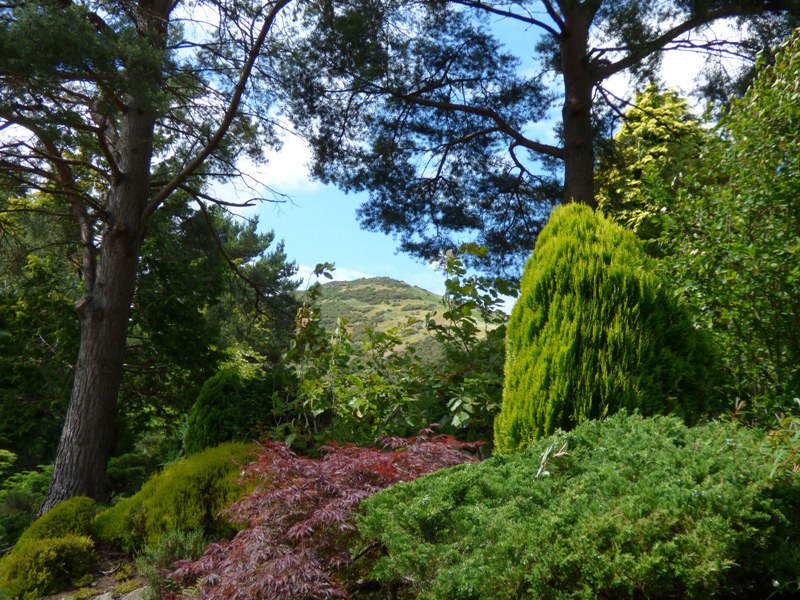 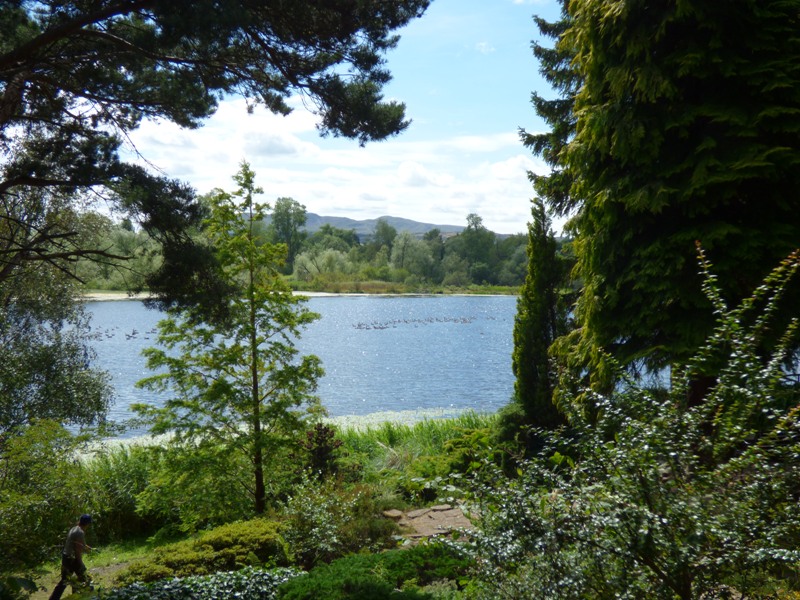