"The 5 Best Lochs in Scotland"

We are often asked to create customised Scotland Tours that include Scotland's "best loch". When we see this it always makes us smile because there really isn't such a thing as a "best loch". It's a bit like picking the "best sunset" or the "best tree". Everyone has different ideas and a lot of what influences your judgement is a matter of personal taste and memories. As a result, I always shy away from saying that one particular loch is the best and prefer to offer choices with an explanation of why I recommend them.

I would perhaps need to be a bit controversial and start by saying that neither Loch Ness or Loch Lomond make it into my Top 5 lochs. Loch Ness is just too touristy, or at least the A82 side is. That's not to say that it doesn't have some great views (see my earlier blog about touring Loch Ness) and no other Scottish loch can offer the same vast lenghth of water. But I like to enjoy my scenery away from the crowds and that means that most of Loch Ness is off the list. For similar reasons, Loch Lomond doesn't get into my Top 5. Loch Lomond does have some lovely corners and the east shore below Ben Lomond is especially appealing, but the ease of access from Glasgow does mean that the roads around Loch Lomond are very busy and I get annoyed by the amount of litter that day trippers leave behind (litter is a bugbear of mine!).

So what do I rate? Well Loch Maree is a place that always comes to mind when asked this question. Having built footpaths in the adjacent Beinn Eighe Nature Reserve, I have enjoyed some great elevated views of this loch and have seen it in a wide range of different weather conditions. Loch Maree is overlooked on its northern shore by a mountain called "Slioch". This name comes from the Gaelic for spear / arrow  and this reflects the shape of mountain's contour lines. From above, the mountain is shaped a bit like a flint arrow head with the tip pointing North West along the length of the loch. Loch Maree has a few islands in it which are populated by lonely remnants of the ancient Scots Pine forest that once covered this area. 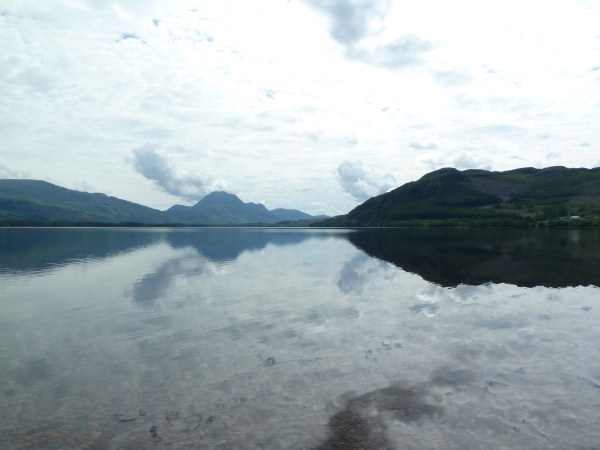 The loch has a curious legend associated with two graves that lie foot to foot on a small island in the middle of it. According to the legend, there was a Viking Prince and Princess who lived on the Isle of Maree. The Prince would embark on expeditions in his longboat (as Vikings do) and his Princess would greet his return with a White flag if all was well and a Black Flag if there had been a death during his voyages. On one occasion the Princess decided to test how upset her Prince would be if she died, so she hoisted a black flag and pretended to be dead on the return of the Prince’s longboat. On seeing the black flag and the inert body of his lover, the Prince killed himself and the Princess followed suit in grief at the consequences of her actions. It is said that the 2 graves on the island are those of the Prince and Princess.

Of a totally different character is Loch Fyne, but I have to include this area as it has many happy memories for me and is also a part of Scotland where we would love to live (if we ever get rich that is!). Loch Fyne is fundamentally different to Loch Maree as it is a sea loch and it was once an abundant source of herring and oysters. Indeed oysters were once so abundant that there is a sand bar beside Otter Ferry where you can walk (at low tide) on a beach that is almost totally made from the remains of their shells. The oysters have started to make a come back thanks to the efforts of local fish farms, but the herring stocks aren't looking likely to return to the hey days of the mid 1800's. One of my greatest friends was a local of Ardrishaig on Loch Fyne, and he taught me many of the tricks that the fishermen used to track Herring before the availability of sonar. Some of these tricks involved watching the angle at which birds dived for fish and another, much harder technique, involved looking for a particular type of phosphorescent glow that came from the plankton that the herring fed upon. 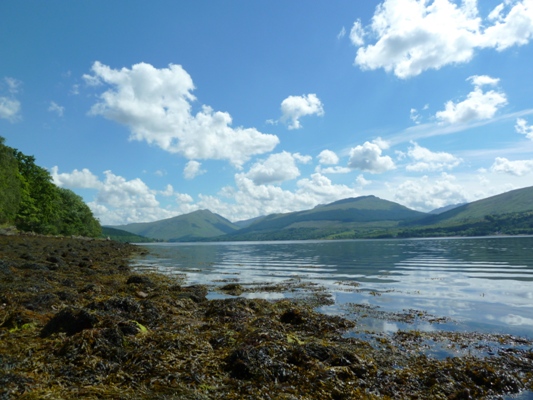 Loch Fyne is special as it it is a relatively sheltered sea loch and you can get the most magnificent summer sunsets on still nights when the surface of the loch mirrors the golden glow of evening sky. The vibrant villages of Inveraray and Tarbert add colour to this lovely corner of Scotland. We especially like Tarbert for its strong sense of community and the many great little restaurants in the area. It might surprise you to learn that this relatively remote little town is claimed to have more award winning restaurants per head of capita than any other place in Britain. 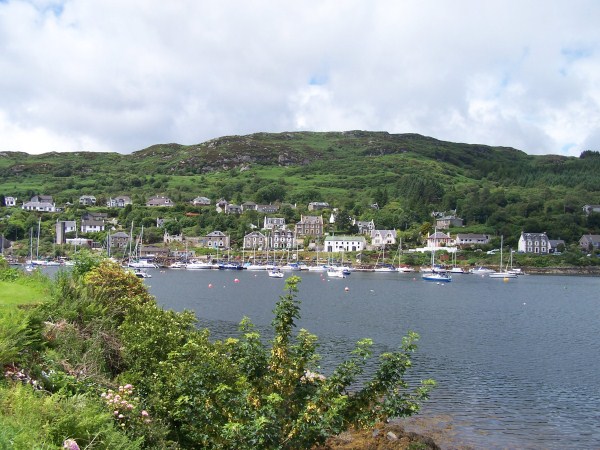 There is an interesting story about Tarbert that serves as a warning to be careful about the wording of a contract. The Viking Prince Magnus Barelegs (honest we aren’t making this up!) made an agreement with Scotland’s King Malcolm whereby he was allowed to lay claim to any land that he could navigate around by boat. Magnus interpreted the wording of this deal quite literally and in 1093 he had his longboat dragged across land from West Loch Tarbert to Loch Fyne. He then claimed that this was navigation by boat and that all of Kintyre was therefore his.

Staying on the subject of sea lochs, I have to give a special mention to Loch Leven. This isn't a particularly large loch, but it is memorable as it is the first bit of sea that you glimpse after the long land locked drive over the Rannoch Moor and through Glen Coe. On a summer evening it is wonderful to emerge from the dark and brooding mountains of Glen Coe onto the shores of Loch Leven with the sun setting behind the mountains of Sunart. I used to drive this way a lot when visiting friends in Wester Ross and I never grew tired of that view. It sort of marked a major milestone in the journey north and always made me glad to be born a Scot.

Loch Garten in the Cairngorms National Park is also a special place and very different from all of the above. For one thing, it is surrounded by dense woodlands and this means you can get some wonderful photographs on still days. You know the sort where the reflection is so mirror perfect that you can turn the photo upside down and almost not know which is the correct way up. Loch Garten is also a paradise for wildlife lovers and the woodlands are a great place for sighting Red Squirrels, deer and Ospreys, which are local celebrities and the main reason that most people visit this little loch.

In the same area, you also have Loch an Eilein which also enjoys a lovely setting surrounded by tall trees, but it has the added attraction of a castle in the middle of the loch. The castle was once a stronghold of the "Wolf of Badenoch" and you really didn't want to knock over this guy's pint as he was plain nasty and would burn down your village without a second thought. 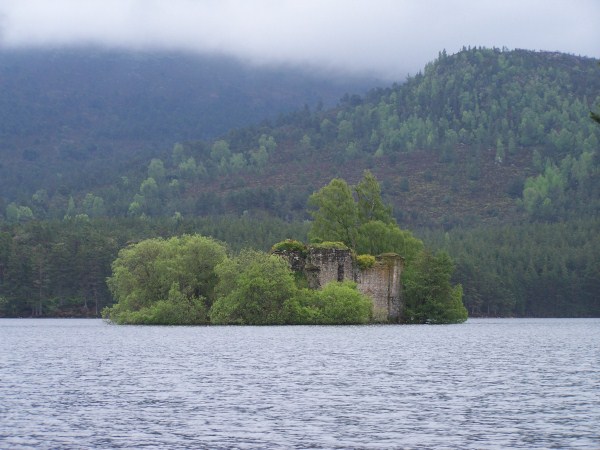 I could go on, but you get the point! There's really no short answer to the question about where Scotland's best loch is!