Scotland in October is starting to wind down so far as the tourist trade is concerned and October is the month when the weather makes a very definite transition from Summer towards Winter. This year, the October weather in Scotland has been quite kind to us and we were blessed with a great run of mild sunny days during our mid-October break in the woodlands of Sunart.

Although often overlooked by visitors, the area of Sunart and Moidart is one of our favourite corners of Scotland. The big appeal of this area is the large expanses of deciduous woodland which soften the landscape. When you picture the Scottish Highlands, you probably have images of empty moors and craggy mountains with barren rocky slopes. This image is true for large areas of the Highlands, but this landscape is not the natural state of the land and it is in the region of Sunart that you can experience the Sessile oak and hazel forests that represent what much of west coast Scotland would have looked like before sheep farming and the industrial revolution decimated these “Celtic rainforests”. And yes, these woodlands are technically “rainforests” as the annual rainfall is over 2 metres. 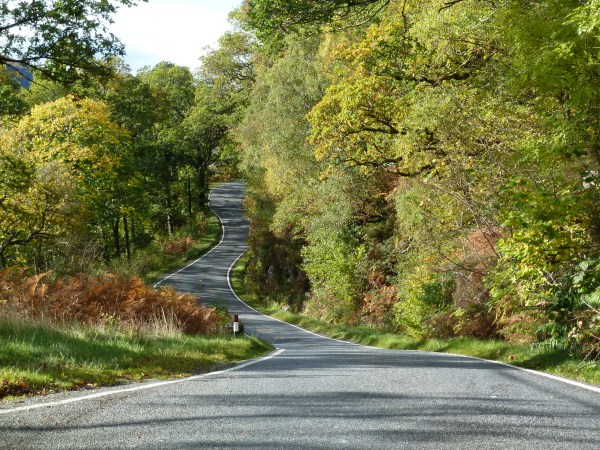 Ariundle forest is one of the best examples of this and it is relatively easily accessed. Fortunately, the few tourists that do travel this way are generally unaware of the woodlands so they are still a peaceful place to visit even in the height of summer. The name “Ariundle” is derived from the Gaelic “Airigh Fhionndail” which means “shieling of the white meadow”. A shieling being a pasture land. Quite where the white meadow bit comes from we don’t know, but it is speculated that it might have been due to a type of white petalled wild flower that grows in these woods. Whatever the origins of the name, the place is every bit as romantic and mystical as it sounds. 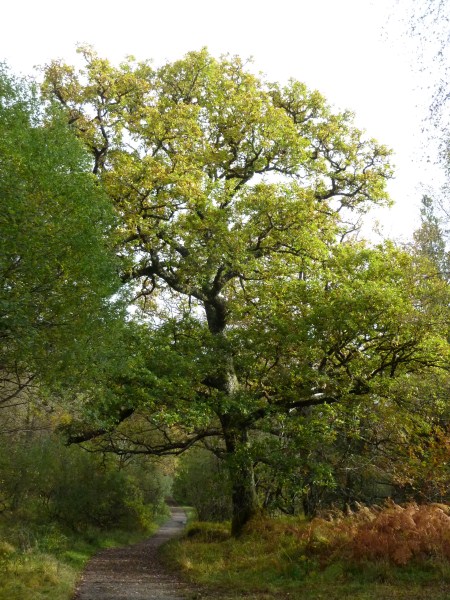 We visited the woodlands in mid-October and were just a little bit too early to get the peak of the Autumn colours, but the leaves were certainly starting to turn golden and the Rowan trees were displaying their red berries against a backdrop of yellow foliage. The woodlands are also beautiful in Spring when the forest floor is carpeted with patches of yellow flowering primroses and celandine. And in summer, this is a great place for the keen eyed wildlife spotter. We say keen eyed because you need to be very alert to catch sight of the timid resident pine martens. The woodlands of Sunart are one of the best places to look for these elusive and charming little creatures. In our experience, you might as well try to find “Nessie”. 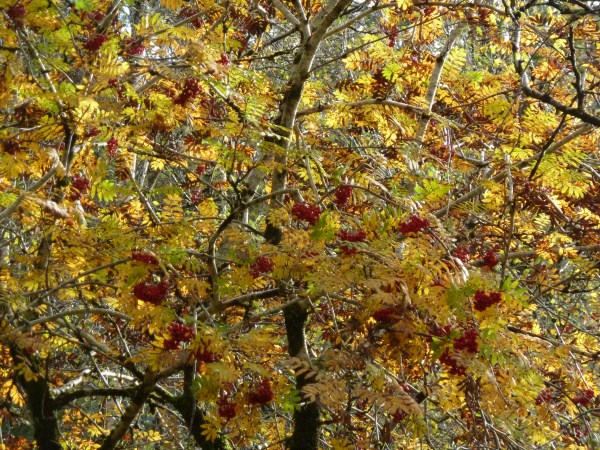 Although Sunart & Moidart are now quite sparsely populated, the area has a rich history and strong connections to the 1745 Jacobite Rebellion. It was in this part of Scotland that Bonnie Prince Charlie both started and ultimately ended his campaign to win back the throne for the Stuart Dynasty. However, the piece of local history that we like best is Castle Tioram which has one of the most beautiful settings of any castle in Scotland. Tranquil and scenic as Tioram appears on an sunny Autumn day, it was also the site of some gruesome deeds and most of these happened during the latter half of the 1600’s when the castle was owned by Donald, the 13th Chief of Clanranald. Historical accounts would suggest that Donald was a bit psychotic. One tale has become folklore and it concerns an incident where some silver went missing from the castle. Donald blamed 3 of his servants, 2 men and 1 woman. The men were hung, but the woman suffered a much worse fate for she was tied by her hair to a mooring rock on the shore and allowed to drown when the tide came in. If ever a place should be haunted… 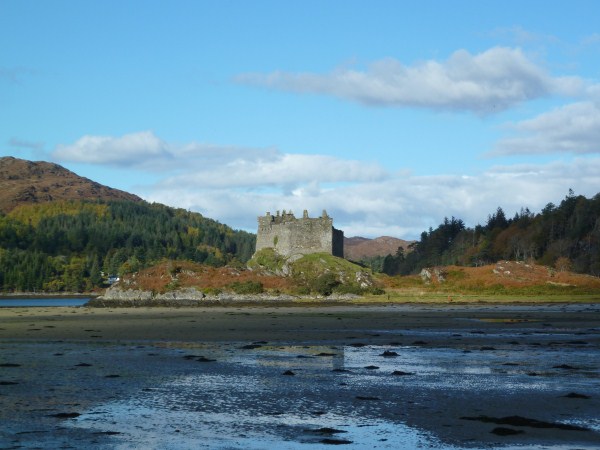