I'm going to start with something a bit controversial this time, but it has to be said... What is the dig deal with Loch Ness!?

I'd estimate that Loch Ness features as a "must see" place in 90% of the requests that we get for customised tours. The fixation with including Loch Ness in a visit to Scotland is something that puzzles a lot of Scots. Of course, the legend of "Nessie" is something intriguing and we understand the appeal of that, but you've got more chance of winning the lottery than you have of spotting the monster.

So is Loch Ness the most beautiful loch in Scotland? Well, not really and I don't think anyone has ever tried to make that claim either. Don't get me wrong, Loch Ness is very scenic, but if you want a loch with a stunning back drop we'd suggest somewhere like Loch Maree, with the Slioch standing behind it. If we are including sea lochs, then the view of Loch Carron from above Stromeferry is another top spot, and let's not forget Loch Duich when viewed towards the "Five Sisters".

However, Loch Ness does have an enduring appeal and we do admit that the sheer length of the Loch does give it an edge when you are standing at a viewpoint that lets you look along it from end to end. So we have decided to create some new tour route variations that visit Loch Ness, but which explore the area around it in a more imaginative way than the "milk run" route along the A82 that most tourists take. 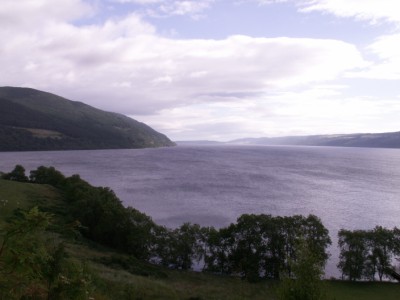 The southern side of Loch Ness has an interesting network of quiet little roads that link scattered farming communities together. There are some really lovely places to be discovered in this area and the landscape is dotted with a series of small lochs that make for great picnic spots. These roads also make for a nice approach to the Loch as you often get your first glimpses of the water from an elevated position. 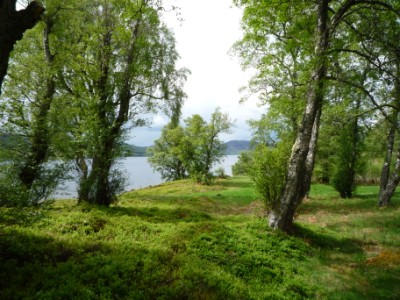 If you look at a map of this area, you might think that it is going to be dotted with a series of small villages. In reality, the place names on a map are usually a group of houses which are so scattered that you pass through them without even suspecting they would have a collective title.

One such community is Dunlichity. As you enter, there is a signpost that marks the start of "Dunlichity". You then pass the austere little church pictured below, and that's about it for Dunlichity! However, you shouldn't speed past these little places too fast as the graveyards often have a few stories to tell. In this case, the graveyard has a walled enclosure that is the burial site for the Chiefs of Clan McGillivray and some other families of Clan Chattan origin. 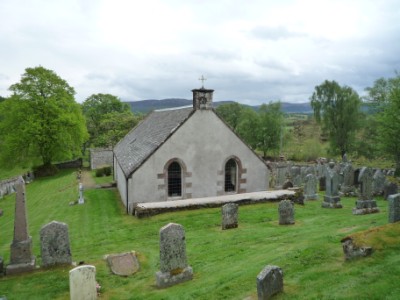 In addition to the tombstones, the graveyard has some other interesting reminders of the past. In one corner there is a watch house that was built in the 1820's to guard the fresh graves from the "body snatchers" who would remove and sell corpses for medical dissection.

The church also served as a rallying point at time of battle. If you look closely at some of the coping stones on the enclosure walls, you might be able to make out the grooves that were cut by Clansmen when sharpening their broadswords prior to battle.

Another curiosity near Dunlichity Kirk is a very old stone by a stream that has been hollowed out to act as a baptisimal font. It was also believed that the stone had healing powers and it was used for baptisms and the curing of sick children right up until the 1800's. The reason why this stone was believed to have blessed powers have been lost in time, but it is known that St Fillan visited this area so he maybe baptised some people here and gave the stone its holy significance.