We've done so much this month that it is hard to know what to write about so I'm going to stick with something that everyone will like... Cute Puppy Dogs! 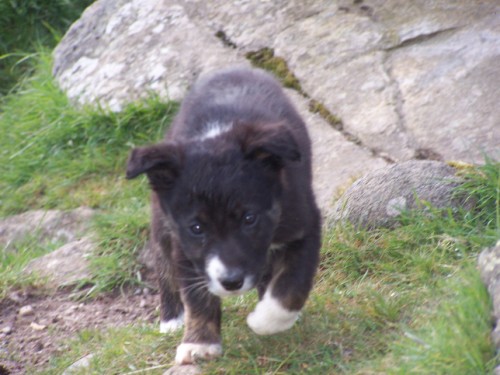 To be more precise cute Border Collie Pups learning to be working sheepdogs.

When you grow up in a country where sheep are about as much of a novelty as a tree (actually in some parts of Scotland, such as Orkney, a tree is more of a novelty than a sheep) you tend to get a bit weary of tourists suddenly braking to take a picture of one of Nature's dumbest mammals. So it was with muted enthusiasm that I followed Aurelia's suggestion to visit a Sheepdog Demonstration during our May road trip to research tours in the Cairngorms. However, I have to admit that the sight of a bunch of 6 week old puppy dogs optimistically chasing a herd of sheep was funnier than anything I've seen on TV this month!

An enterprising Shepherd near Kincraig is subsidising the miserly living to be made from sheep farming by doing regular demonstrations of his working sheepdogs for tourists. Seemingly, the value of wool has plummeted in recent years and a fleece is worth less than the cost of shearing it!

The demonstration that we watched was maybe more fun than usual because the shepherd was letting the new pups have their first outing with Mum & Dad on the job. This meant that the spectators were treated to the sight of the shepherd working a team of 10 dogs whilst the pups were doing a comedy side show of their own.

Unfortunately, we went to the demonstration at the end of a long day of touring and the battery on the camera was on its last legs so I didn't manage to get a video of the hilarious feeding frenzy that took place when we were allowed to bottle feed the new lambs. Well I say "feed the lambs", but the pups were not going to let the lambs get all the good stuff so there was quite a bit of nudging and pushing going on for poll position at the bottle. I hope the picture below gives some idea of what it was like! 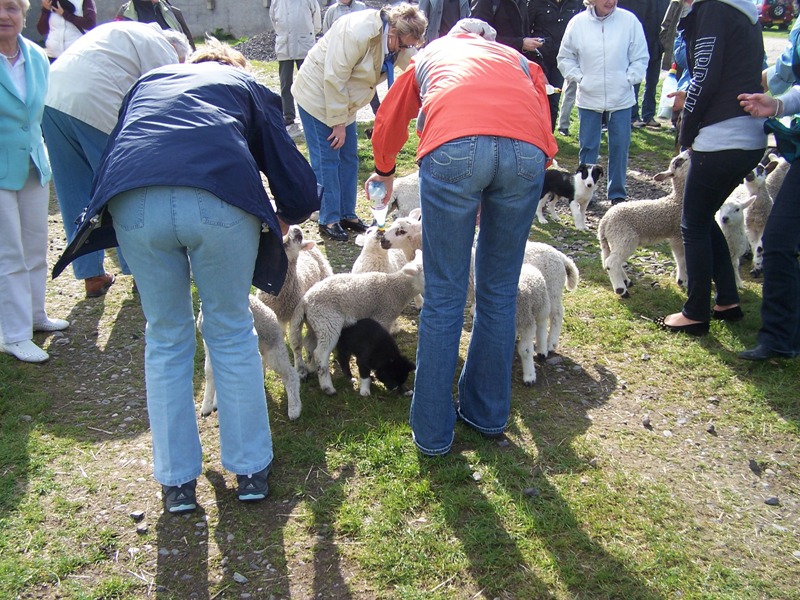 AND FINALLY... try to watch this without going "Awwww!"