In my Father’s youth, or so he tells me, the start of his summer holidays involved packing all the families clothes and holiday junk into a big old chest that was then loaded on to the back of the railway’s horse and cart to be shipped to their exotic holiday destination… which was usually Rothesay on the Isle of Bute, or Millport on Cumbrae. Of course, in those days, the luggage never went missing and it always arrived before you did. Would any of us nowadays trust an airline to collect our bags from our house and deliver them to our destination on time?

Don’t worry, lost luggage is not the theme of this Blog. I went off on a tangent, which is something I do a lot. No, my reason for starting the Blog in this way is that these little islands are often looked upon as bit old-fashioned and nostalgic. I know that I have been guilty of this, but I also have wonderfully happy memories of a family holiday in a tiny cottage on the Isle of Bute where we were woken each morning by the noise of the cows clomping (how else do you describe a cow walking?) past the bedroom window on the way to get milked. We then headed across to the farm to fill our big porcelain jug with warm milk straight from the churn / udder.

Since that holiday, I’ve been on day trips to Rothesay, but it wasn’t a place that was often near the top of my list for outings. I realise now that I’ve been missing out on a bit of a treat. Why the change of opinion? Well this July we took a day off work (this seldom happens in July when weekends are as much working days as Mon-Fri) to pay a visit to Mount Stuart on the Isle of Bute. 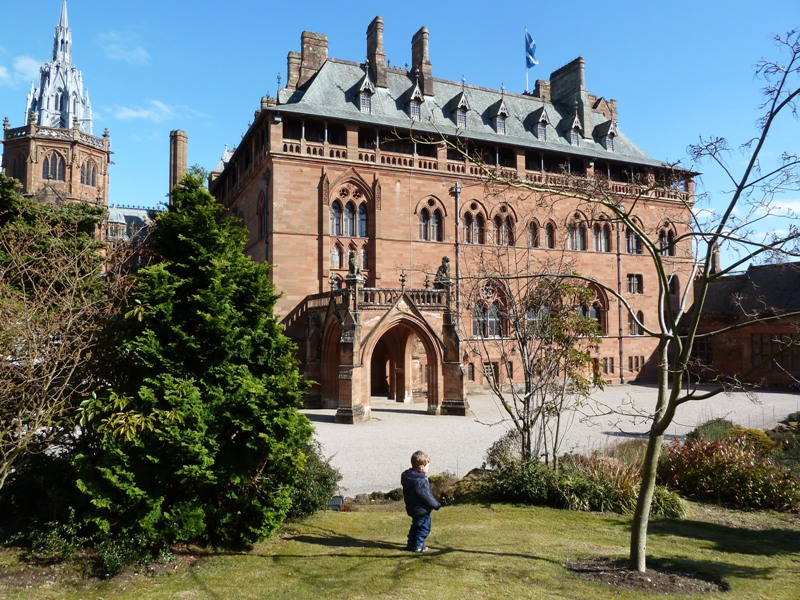 Mount Stuart is a wonderful destination for a day trip as it is something quite spectacular and very different from any other country house in Scotland. The house was built by the 3rd Marquess of Bute, who was probably one of the richest men in the British Isles. The family’s wealth came through the good fortune of inheriting land in the coal rich valleys of South Wales and then having the entrepreneurial foresight to develop rail links for the export of this coal through Cardiff.

This vast wealth enabled the 3rd Marquess to indulge his fascination with astrology into some of the many extrovert features of his grand home. And “extrovert” is a word that keeps coming up whenever you start to describe the décor of Mount Stuart. Walking round the house you soon start to build up a picture of the personality of the Marquess and it seems safe to say that he really didn’t care too much what people thought about him. If he liked it then he was going to do it! You have to love the guy for this and, as a result, his home is so refreshingly different from the staid opulence of other country houses in Scotland.

Unfortunately, you aren’t allowed to take pictures inside Mount Stuart (too many valuables on display to risk letting thieves plan their heist) so we can really only give you a sense of what it’s like by saying that we’re certain J.K. Rowling got most of her inspiration for “Hogwarts” after a visit to Mount Stuart. 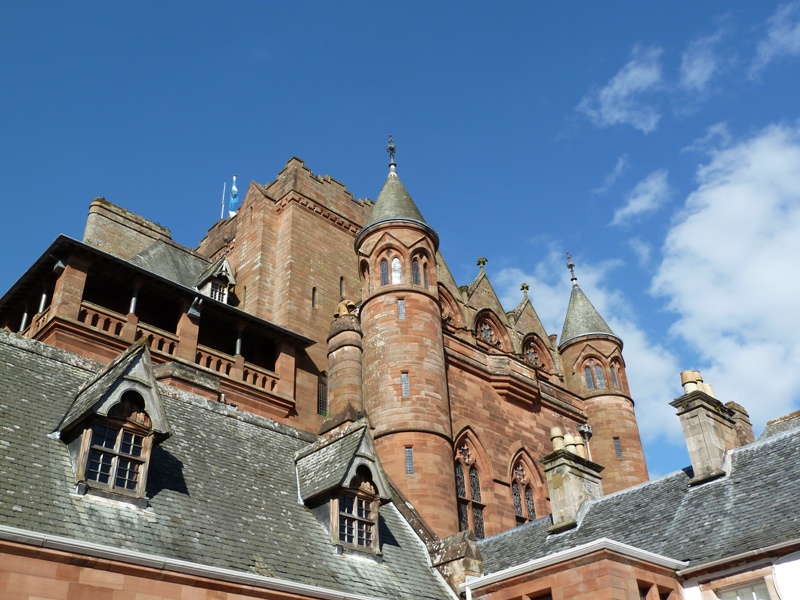 The building impresses with both its grand scale and the attention to fine detail. Sadly, Mount Stuart was an enormous project that the Marquess didn’t live to see completed as he died at just 53 of a stroke. His wife continued the building work, but even now there are some small details, such as carvings on the tops of pillars, that aren’t finished. That said, you really need to have the incomplete features pointed out as the building tends to overwhelm you with its whacky and “in your face” splendour.

As you can tell, we are fans of the building and we think it is something that Harry Potter fans should visit as there are so many elements of its design that will remind you of Hogwarts. The shape of the roof with its cloistered walkway along the top. The “Horoscope Room” where you can so easily picture Dumbledore sleeping. The Conservatory which is shadowed by the Gothic spires of the chapel and looks like it should have “Mandrakes “ and “Puffapods” plants growing in it. And the star lit sky painted on the roof of the Great Marble Hall, which is surely where J.K.Rowling got the idea for the Enchanted Ceiling of the Great Hall.

You can’t get to Mount Stuart on the “Hogwarts Express” from Platform 9 ¾, but you do catch the Rothesay Ferry from the very quaint Victorian period railway station at Wemyss Bay and this has a lovely feel of yesteryear about it. I’m sure my Dad could squint and easily picture it back in the 1930’s when he would have arrived here full of anticipation of the summer holidays to come! 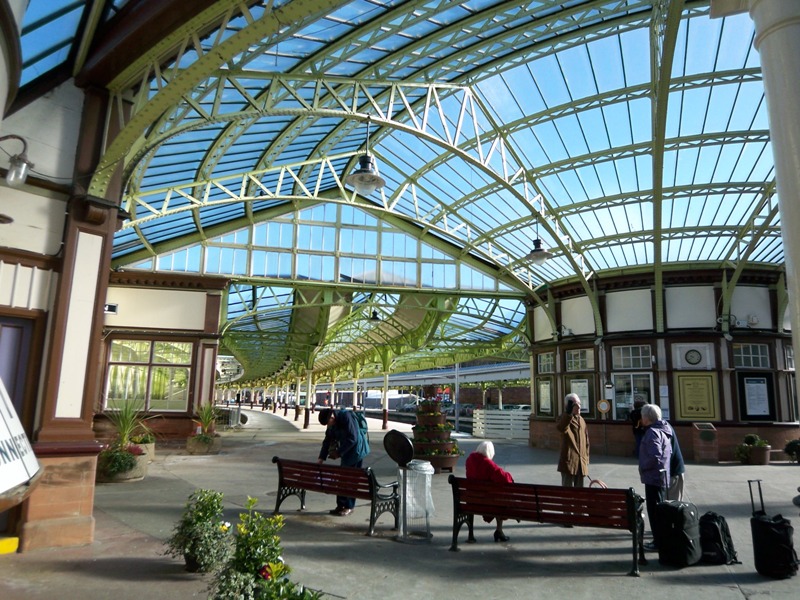