"Impressions of the Outer Hebrides"

We're just back from a tour of the Outer Hebrides. To be specific, we visited Lewis, Harris, Scalpay, Berneray, North Uist and Benbecula. I could write a lengthy Blog on all that we visited, but I've just been updating the guides with all of this information and I'm doing this blog as a bit of a distraction from that task. So what I will do is jot down some of the main impressions that the Outer Hebrides leaves in my mind.

I think one of the most striking things about these islands is the strict observance of the Sabbath. There really isn't any other part of Scotland that closes down quite as completely on a Sunday as they do in the Outer Hebrides. For the visitor, this means that sightseeing options do get rather limited on Sundays, but most of the things to see and do on Lewis & Harris are attractions that are outdoors and not affected by opening times. More of a nuisance is the difficulty of finding a cafe or craft shop to shelter in if the weather turns bad. There are some places that open on Sundays, but not many!

One of the benefits of the pious locals is the fact that roads are almost completely deserted on a Sunday and the only cars that you are likely to see are those of other tourists or islanders driving to/from church. On that subject, I was fascinated to see how large and busy the church car parks were on the islands. Whilst the Outer Hebrides are liberally scattered with churches, there are very few that could be described as photogenic. The typical style of church here is a very simple building, often finished in grey harling with little by way of interior adornment other than a pulpit and some sturdy pews. There is no mistaking the "Calvinistic" principles of the islanders. 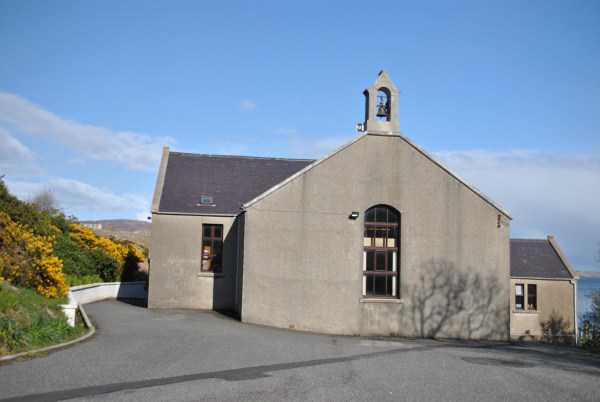 Something else that stands out on Lewis and Harris is the relative abundance of petrol stations dotted around the island. On the mainland, you can travel from Ullapool to Durness and only pass one petrol station at Scourie. But travel from Tarbert on Harris to the remote corner of Uig on Lewis and you can find 4 places to fill up your tank. Of course, this is a reflection of the need to have a car when staying on the islands as the bus service, whilst reaching almost every corner, is not very frequent.

The Outer Hebrides were also a great place for one of my other past-times, photographing remote telephone boxes. Don't worry, I'm not obsessive about this, but I do find something intriguing about the logic that was used to site the old red telephone boxes in rural Scotland. They seem to appear in some utterly bizarre and often quite pointless locations. One of the weirdest that I know of is on a dead end single track road in the south west corner of Mull and is located ~2 miles from the nearest house...Why!? I'd be curious to know just how many times these phones have been used in their long lives. Maybe it could become a new hobby for geeks, rural phone box bagging. 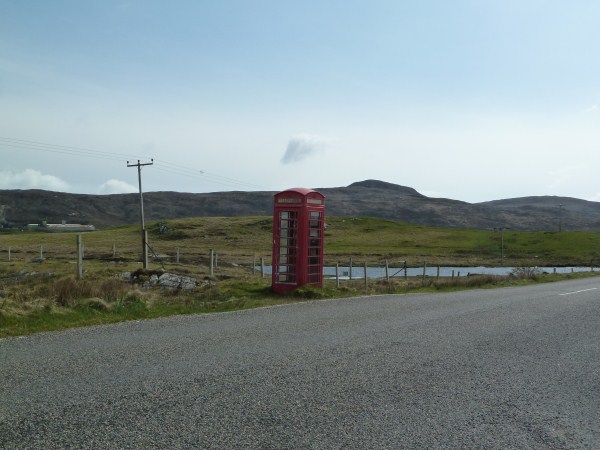 On the subject of hobbies, the Outer Hebrides offered some great opportunities for one of my favourite activities, driving fast! There is a 3 mile section of road on the B8011 that has been widened and upgraded to make it into a driver's dream. Curiously, this glorious example of sweeping bends and marble smooth tarmac is bounded by some pretty basic single track road. It really makes you wonder why they bothered and must frustrate the locals as they get this tantalising glimpse of motoring heaven sandwiched between bumpy old single track.

Of all the images and impressions that the Outer Hebrides leave with the visitor, I suspect the strongest will always be the first glimpse of the beaches on the west coast of Harris. I'm not a fan of guidebooks that throw away superlatives when trying to describe places. I've read too many books that refer to "awe inspiring collections of porcelain", "breath taking cornices" etc... but my jaw did drop with the beauty of Scarista Bay. It doesn't need to be bathed in sunlight to be beautiful. Indeed, the drama of the scenery is often enhanced when dark clouds contrast with the golden sands of the beach. If you lived here, you would never tire of the view. 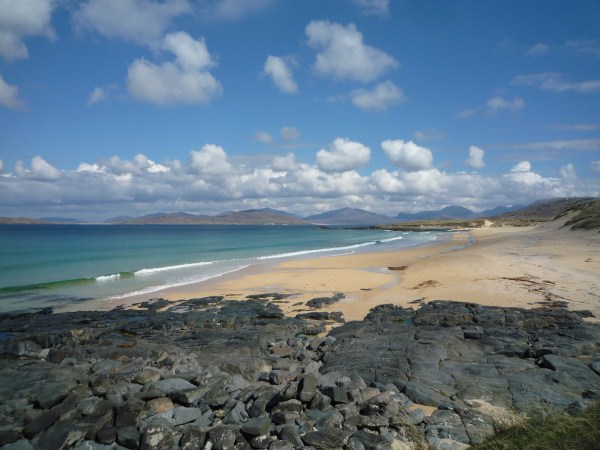 If we've interested you in the idea of a visit to the Outer Hebrides, you will find lots more information and details in our "Island Odyssey" itinerary which takes you on a tour along the West coast of Scotland.