Stenness Stone circle doesn't get as much publicity as its larger neighbour, the Ring of Brodgar, but Stenness is in many ways more aesthetically pleasing. The standing stones tower about 19 feet high and are elegantly slender with distinct angular edges at their tops.

At ~5000 yrs, Stenness is believed to be the oldest henge in the British Isles. In its original configuration, Stenness would have been far more impressive as it consisted of 12 evenly spaced standing stones. Unfortunately, the number of standing stones has been depleted over the years. Some may have been split by lightning, as can be seen at the Ring of Brodgar, but a few were also deliberately knocked down in 1814 by a local farmer.

Stenness Stonehenge is linked to the Ring of Brodgar by a narrow causeway which is guarded by a 5.6 metre high standing stone known as the "Watchstone". Historical documents record that this stone was partnered by a massive 12.8 metre (42 feet) high stone, but only the base of this stone remains and it is hidden. If you visit Stenness, try to picture a standing stone twice as high as the tallest one that remains... quite daunting!

One of the standing stones that was destroyed in 1814 was the mysterious "Odin Stone". Of all the individual standing stones, this would have been the most interesting and romantic as it had a hole passing through it and it was used in marriage ceremonies. The lovers would hold hands through the hole in the stone and swear their commitment to each other with the God Woden (Odin) as their witness. A great story and it would have made for a great trade in Orkney weddings, but sadly the farmer was more interested in ploughing his fields. It should be noted that the locals soon put a stop to him destroying any more of the stones.

The only thing that spoils the experience of visiting these stones is the proximity of some modern houses and the road. There are other lesser known stone circles in Scotland that have a more timeless atmosphere because they are just that little bit more remote, but if you visit the Stenness Stones at dusk you can still capture some of the mystery of their pagan past. 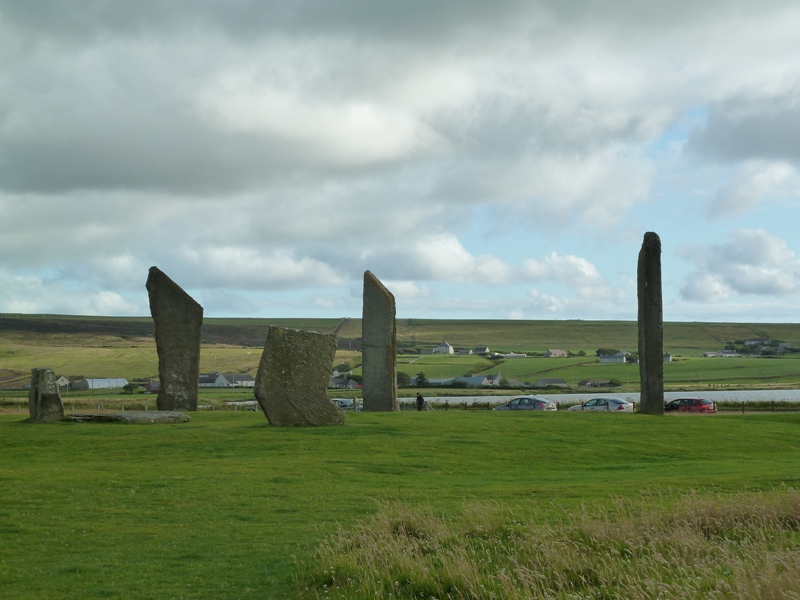 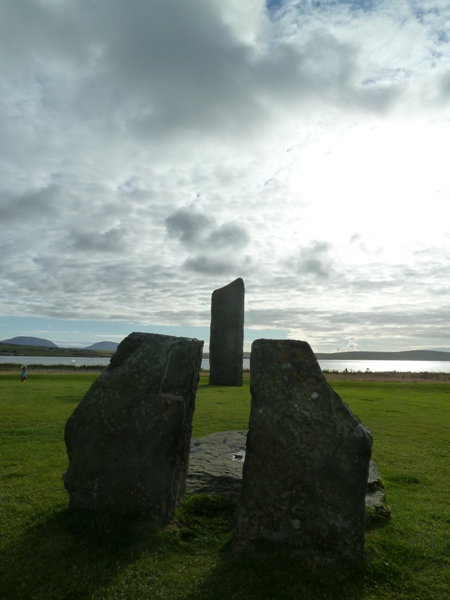 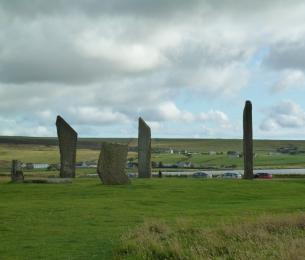 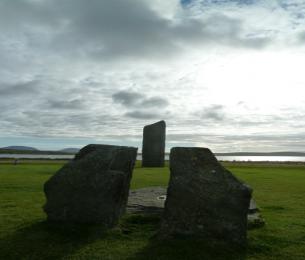