The Steamship Sir Walter Scott has been sailing Loch Katrine since 1900. Named after the Scottish writer whose famous works included the “Lady of the Lake” poem (set on Loch Katrine), the ship offers 2 lengths of cruise: the 45 min cruise sails up the Loch and back to the pier again, and the 1hr45min cruise sails to Stronachlachar, stops and sails back to the pier. People can buy a single ticket to Stronachlachar and walk or cycle back to the Pier.

The history of this Victorian steamship is interesting as it was built in sections in Dumbarton. The sections were then floated on barges up Loch Lomond to Inversnaid where they were off loaded and then dragged up a steep hill to Loch Katrine by teams of horses. The ship was then finally assembled on the shores of Loch Katrine and launched into the water at Stronachlachan.

The "Lady of the Lake" is a smaller and more modern vessel so you need to check the timetables carefully if you want to make sure that you are cruising on the historical Steamship Sir Walter Scott.

At the Pier there is the Captain's Rest Café, a gift shop, and a cycle hire shop. The road that passes along the north shore of Loch Katrine is an easy cycle ride and has very few cars on it as it is a private road. You can cyclye all the way to the far end of the loch at Stronachlachar Pier and then return on one of cruise boats. If you want to take a bike on the ship, check first with the cruise booking office as there are limited bike spaces.

There are lots of different cruise options and sailing times at varying prices. To be honest, it's all quite confusing and the times seem to change frequently so you really need to consuolt their website for all the latest details. The website is a bit confusing too.

Although there is a good flat road along the north shore of the loch, from Loch Katrine Pier to the pier at Stronachlachar, you can't walk or cycle all the way around the loch. So circumnavigation of the loch shores by bike, or foot is not an option. Nearby Ben A'an is a good little mountain too climb for a great viewpoint over Loch Katrine. It's a steep climb on well defined path that has had "steps" made to ease the ascent. It can comfortably completed in 2 hours if you are reasonably fit. 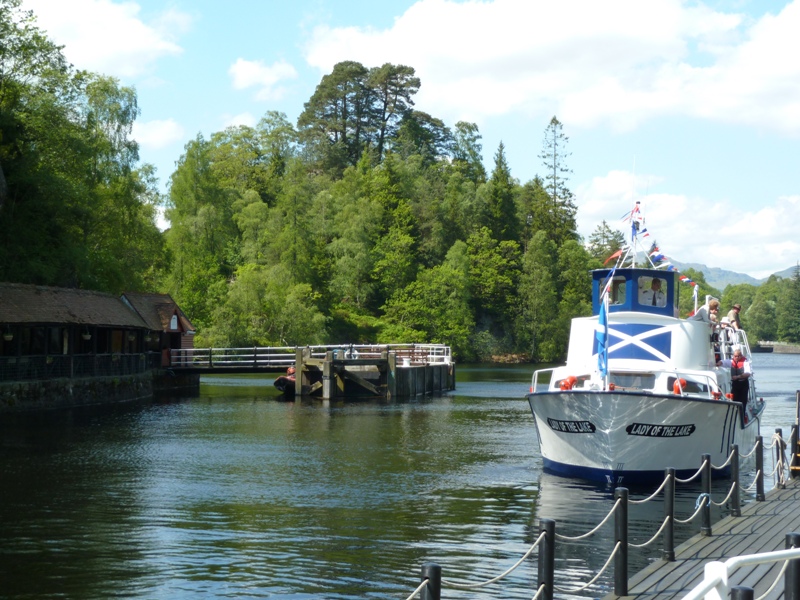 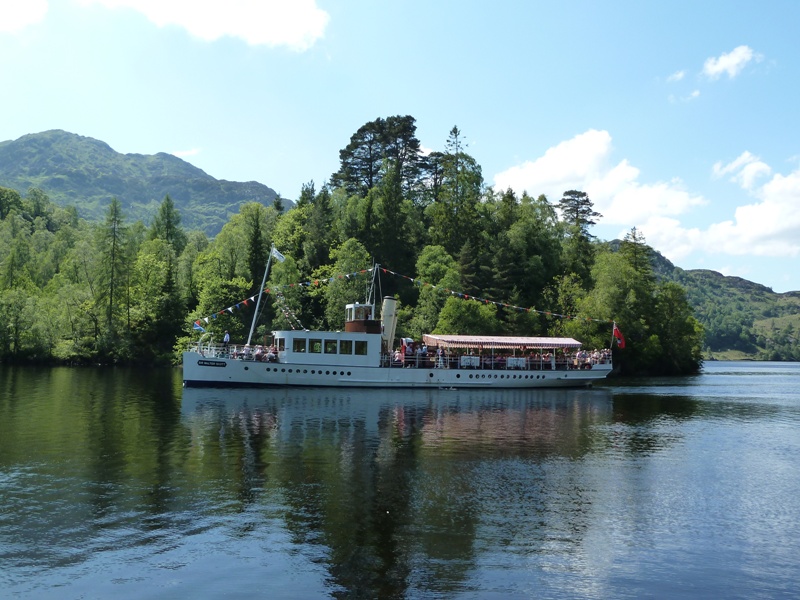 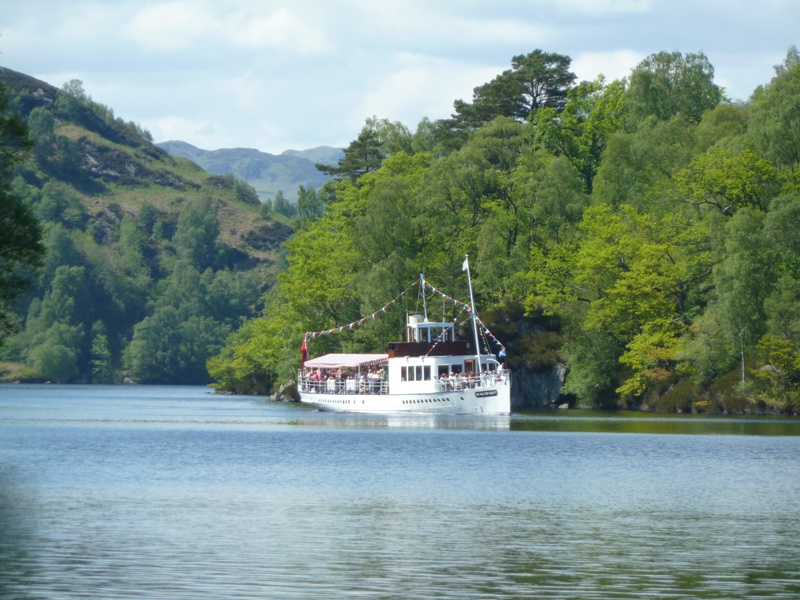 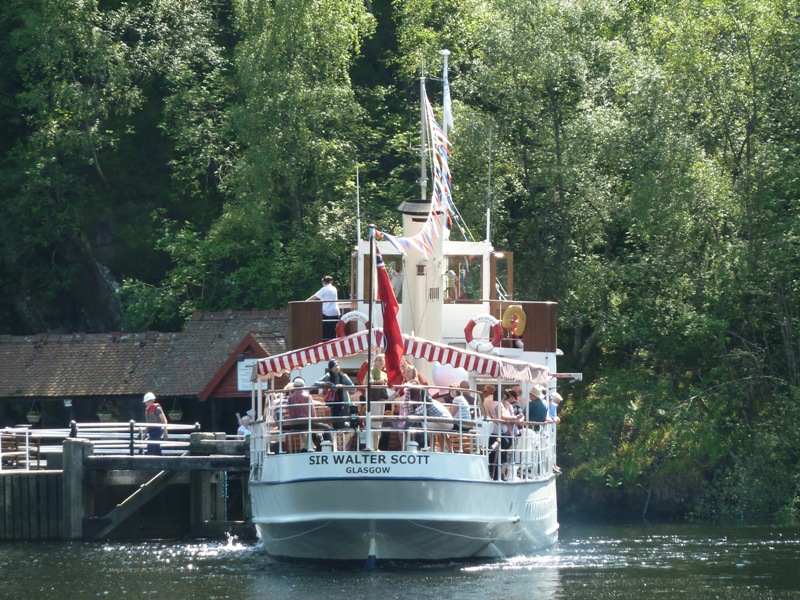 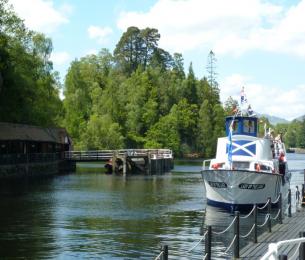 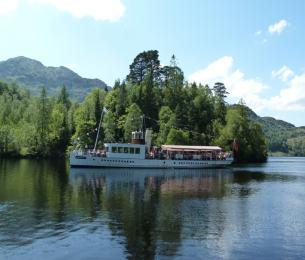 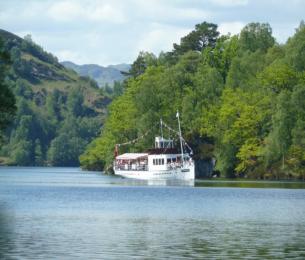 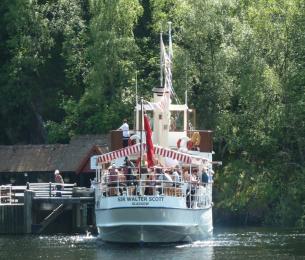