St Clements Church is located at the southern end of Harris and is rare in Scotland as it is one of the few examples of a Roman Catholic chapel that escaped defacement during the Protestant Reformation of the 16th century. The church is strongly linked to Clan MacLeod of Harris and several clan chiefs are buried here. The most notable grave being the tomb of 8th Chief which is incorporated into the south wall of the chapel and includes a recumbent effigy of a knight in armour. Grave stones of other MacLeod chiefs are on display inside the church.

Internally, the church is bare with no pews or stained glass windows, but there is a neatly laid floor of square flagstones that have been polished smooth by the passage of many feet. You can climb the church tower via a very dark set of steps to the first floor. After the first floor, there are two further levels that are reached via ladders. There isn't any roof access, but the windows on the 3rd floor are large enough to allow you an elevated view of the surroundings.

In case you are wondering, the name St Clements was a tribute to the 1st century Pope Clement I.

Please note: when travelling from Leverburgh to Rodel, the road signs are a bit confusing and the sign for St Clements Church seems to direct you to go right, but you should just bear left to follow the road directly past the church. 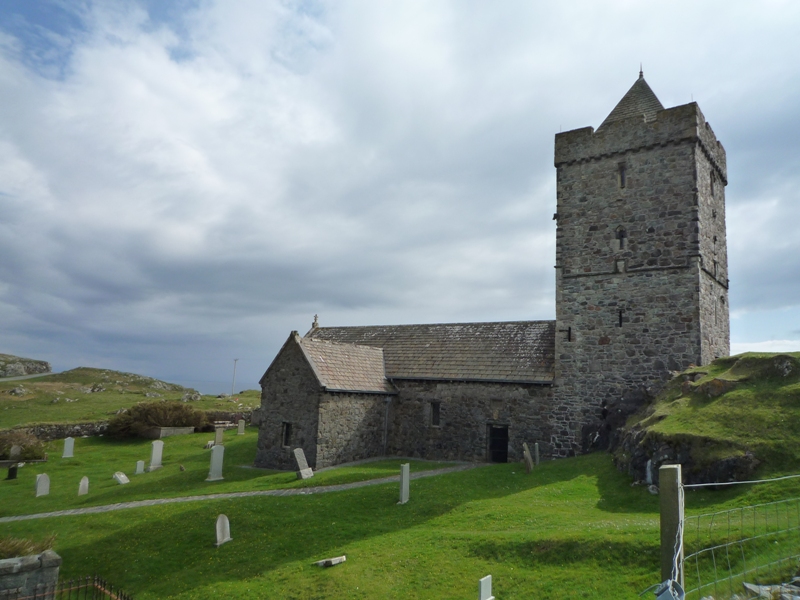 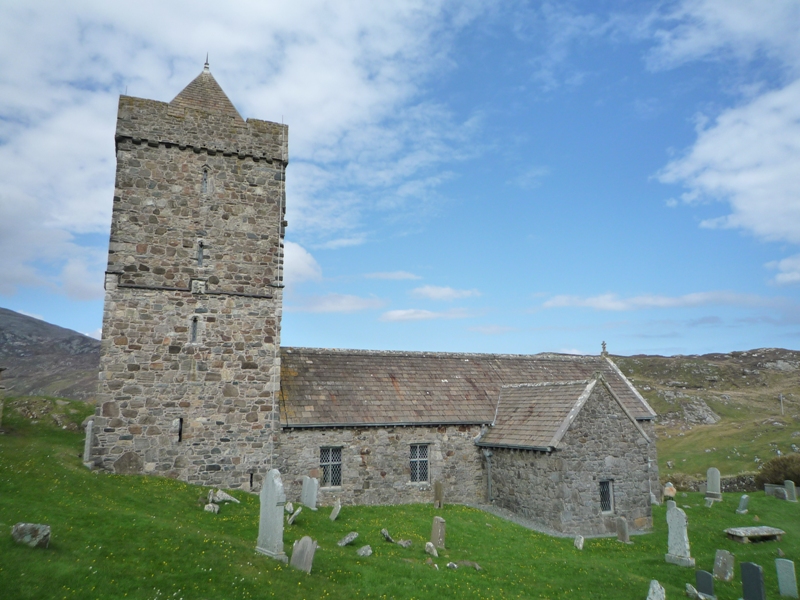 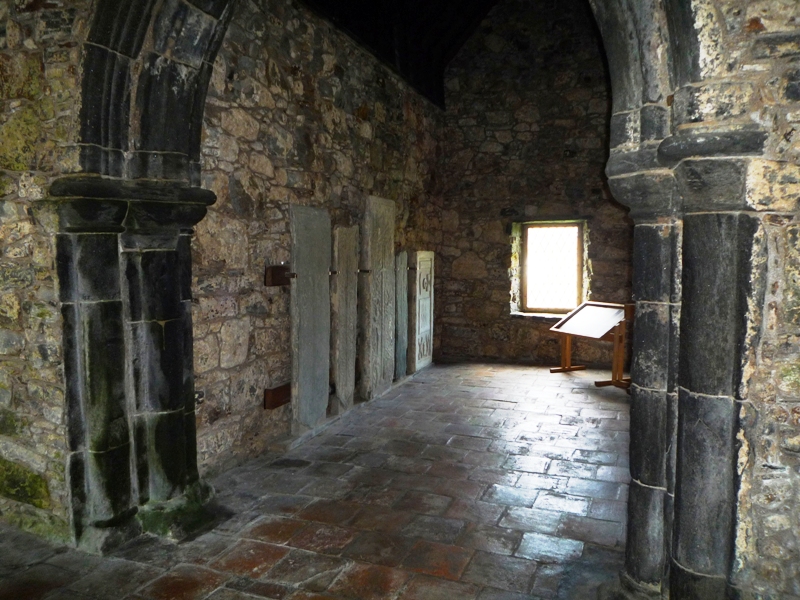 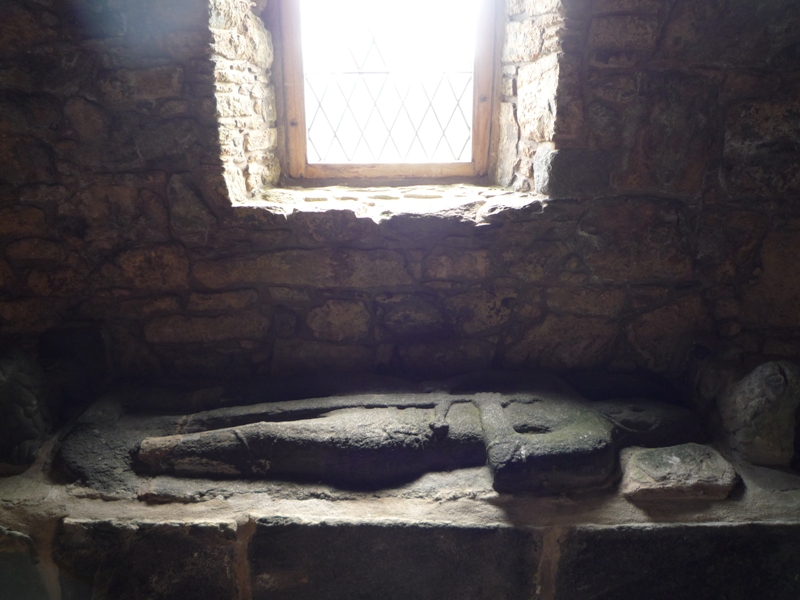 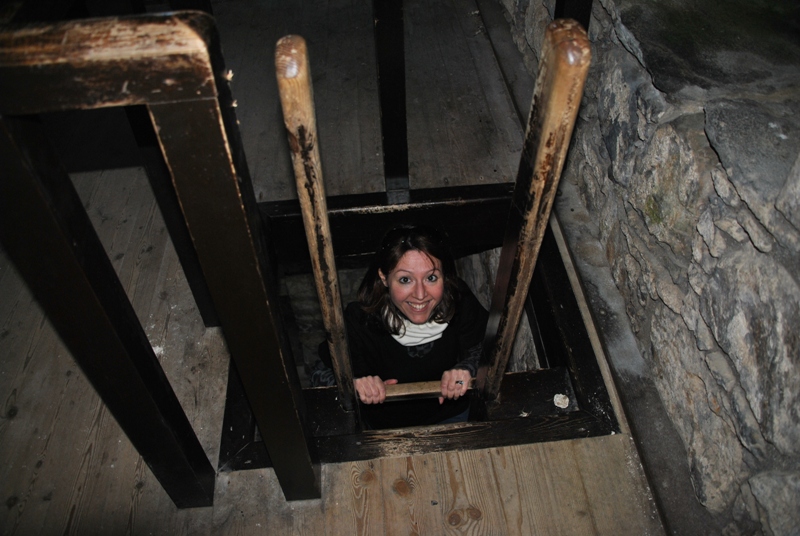 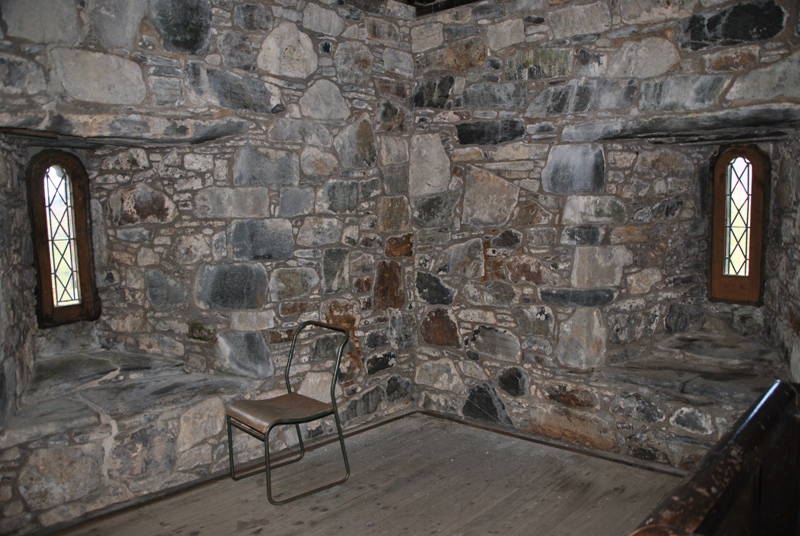 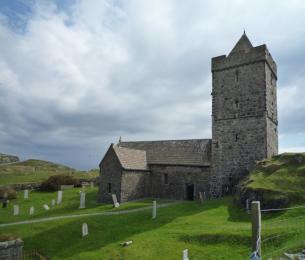 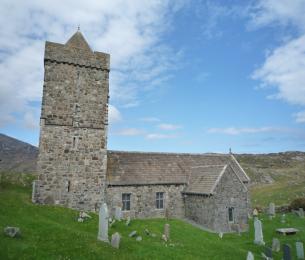 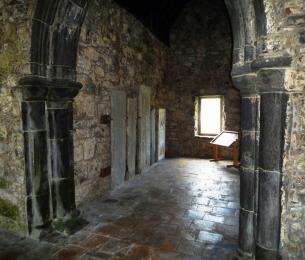 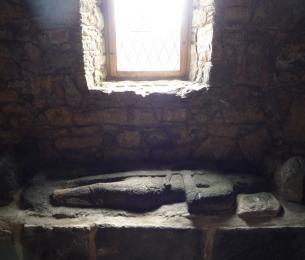 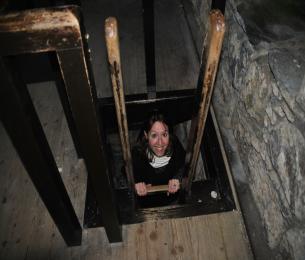 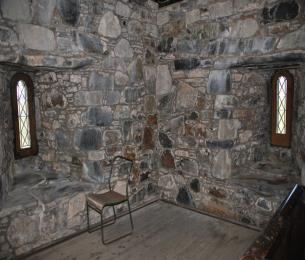 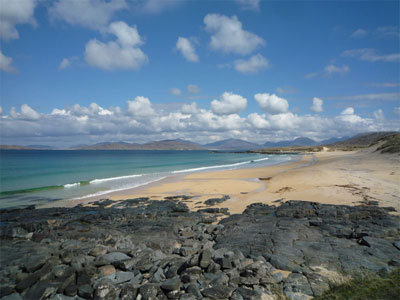