2023 Update - At the time of writing (14 January 2023) some areas of St Andrews Cathedral (such as St Rule's Tower) are closed to the public so a reduced admission fee is being offered.

On the site of St Andrews Cathedral, there was originally St Rule's Church, which belonged to a community of Augustinian Canons who had the adjoining building as their living quarters. Nowadays, only the Tower remains, and at 30 meters high, it provides the best panoramic views across St Andrews.

St Andrews Cathedral was Scotland's largest cathedral. It took nearly 150 years to build and was consecrated in 1318 by Robert the Bruce. An ill-fated building, it suffered damage from fires and storms, but the Religious Reformation of 1559 was the most damaging event of all. Following an anti-Papal sermon by John Knox, his congregation went to the Cathedral and destroyed its symbols of Roman Catholicism. Further attacks led to the Cathedral being closed and the friars expelled.

Unfortunately, the Cathedral then started to fall into ruins, and most of its building material was taken to build other parts of St Andrews. There is not much remaining, so the highlight of your visit will probably be the views from the top of St. Rule's tower and the scary climb up it! To access the tower you need to get a token from the museum and then you have to climb 156 steps up a narrow spiral staircase. You need to be quite fit!

The museum at St Andrew's Cathedral is housed in a section of attractive vaulted chambers that were restored in the late 1800's. If you are interested in religious history and art, then you should take time to visit this museum to see the St Andrews Sarcophagus.

The graveyard of the castle is said to be haunted by the ghost of a "White Lady" who is seen in the grounds of the cathedral wearing a long white dress with a veil covering her face and she carries a book clasped in her hands. She has been reported as recently as 1968, but she should not be approached. According to legend, she beckons people towards her, and then as they draw near, she removes her veil to show a horrifically disfigured face. On a cheerier note, St Rules Tower is haunted by a helpful monk who comes to the assistance of people when they are in danger of slipping or tripping on the dimly lit steps of the tower's spiral staircase. He has been encountered as recently as the 1970's. 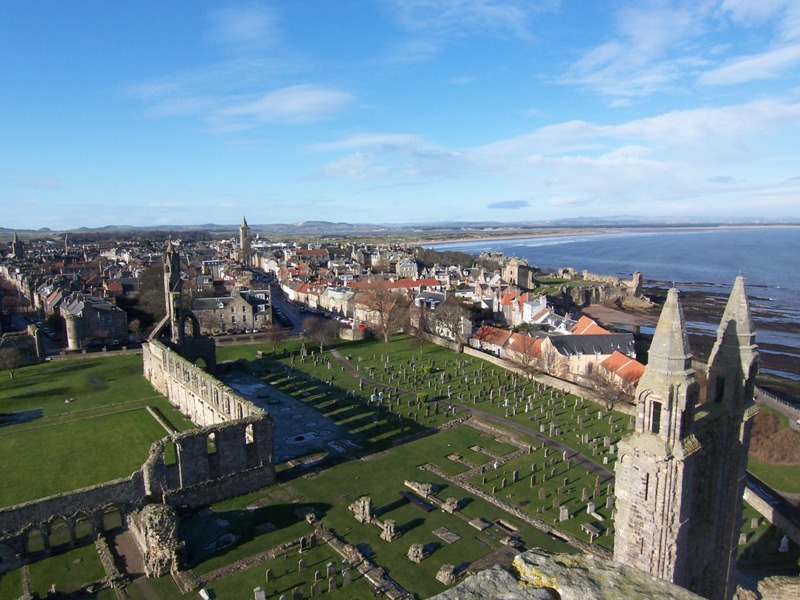 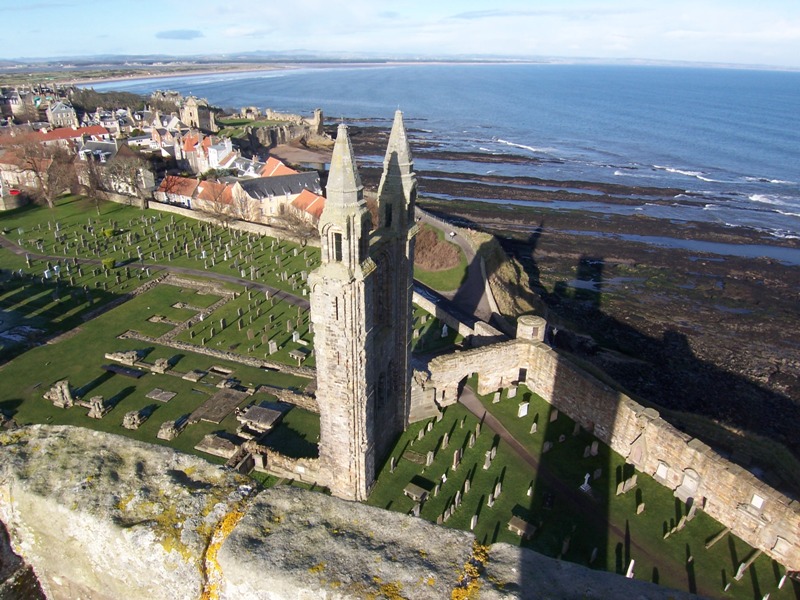 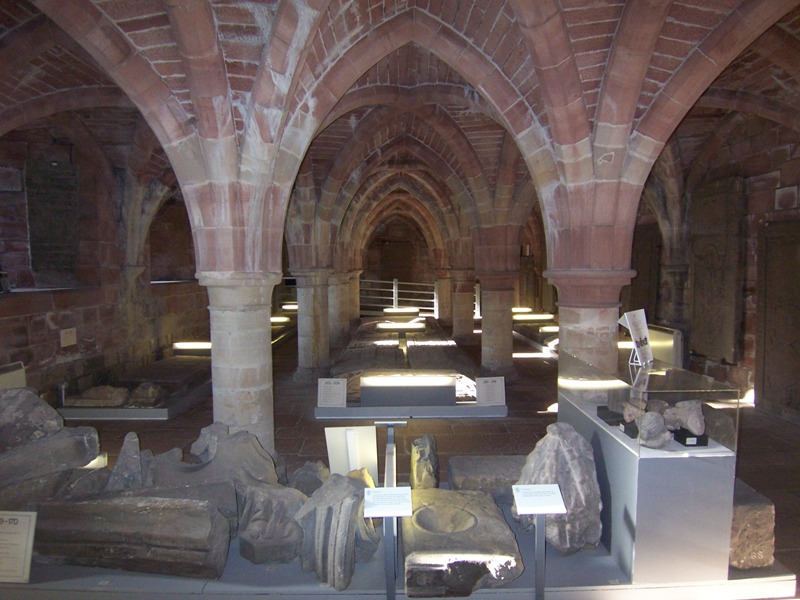 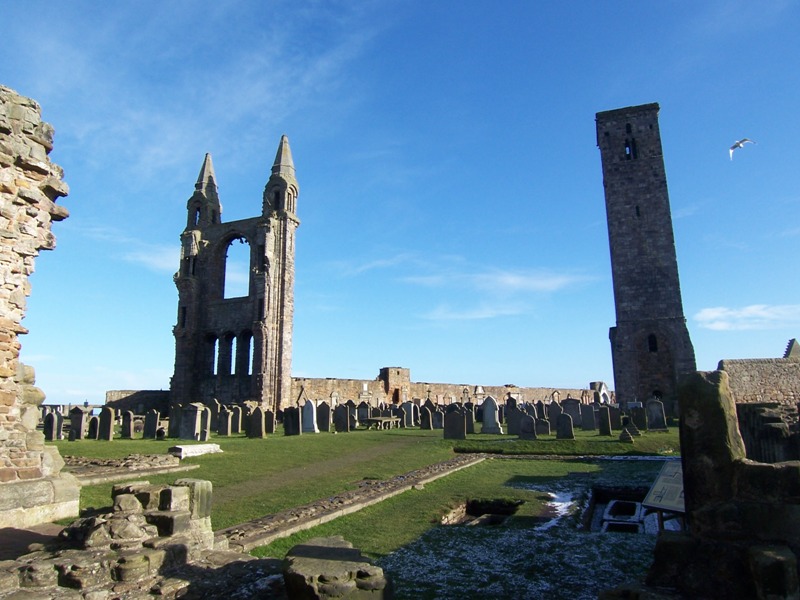 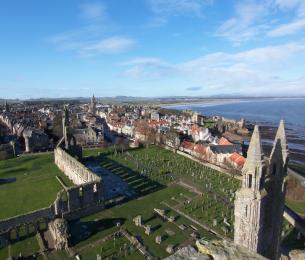 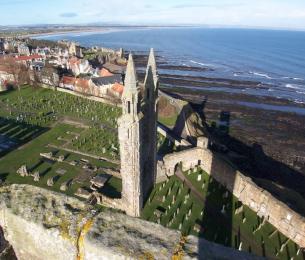 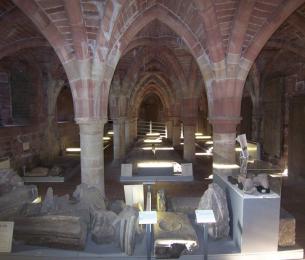 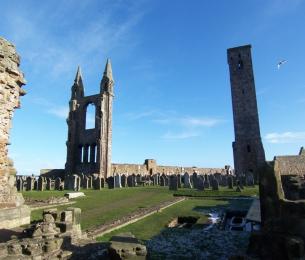