St Giles' Cathedral (although not technically a Cathedral as it is a Protestant church) is the historic City Church of Edinburgh. With its famed crown spire, it is easy to find on the Royal Mile between Edinburgh Castle and the Palace of HolyroodHouse.

The attraction of the High Kirk of St Giles, to give it its correct name, is the elaborate stained glass windows that feature celebrated Scots. Another splendid feature that you might miss is the intricate carvings on the roof of the Chapel of the Order of the Thistle (Scotland's chivalric company of knights).

Look out for bronze statue of John Knox, the religious reformer, who is strongly linked with St Giles and the establishment of St Giles as the birth place of Scottish Presbyterianism. Another unusual memorial to look out for is the 3 legged bronze milking stool that commemorates Jenny Geddes who is infamously credited with starting a riot here on the 23 July 1637. The problem was that King Charles I (now head of the English church) wished to impose the English style of worhip on Scotland, but the Scottish people opposed this as it would return them to a system that was similar to the Roman Catholic church. So when the Dean of St Giles started to read from the newly issued English prayer book, Jenny threw her stool at his head and a riot ensued.

There is a good café restaurant downstairs.

If you search the square at the west entrance to St Giles (i.e. the side that faces towards the castle) you should find a heart shaped symbol laid into the cobbled surface of the pavement. This is the "Heart of Midlothian" and is located where the entrance to the old Tolbooth building would have been. The Tolbooth was used as a place for gathering taxes (Tolls) and was also used as the prison for those condemned to death. As you can imagine, it wasn't a popular place and a tradition sprung up of spitting on the steps of the builiding. The tradition continues to today and some of the locals will still spit on the heart symbol.

On the south side of St Giles, there is a car parking area. This was once the graveyard of St Giles and in parking bay 23 you will find a small plaque inset into the tarmac that marks the approximate location of the grave of the religious reformer John Knox. It was his dying wish to be buried near St Giles, but he might have wanted different if he realised he'd be buried under a car park. 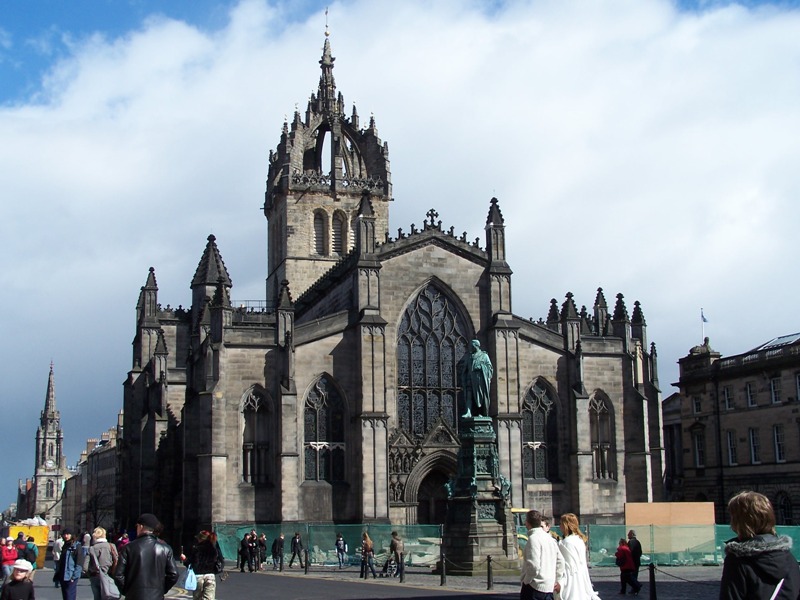 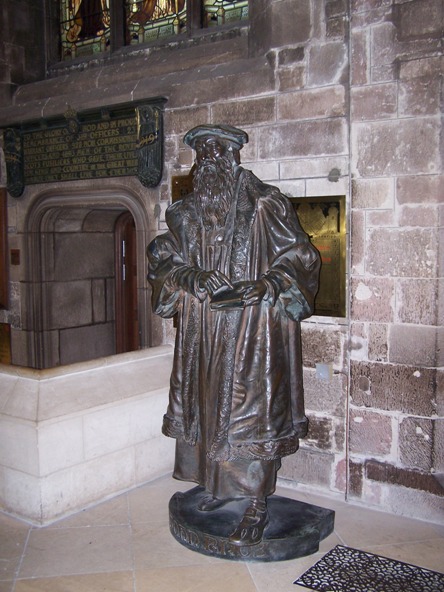 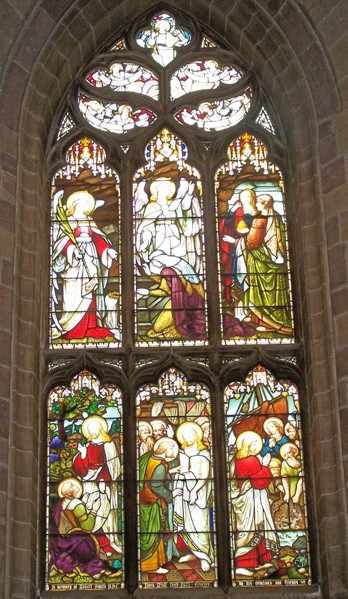 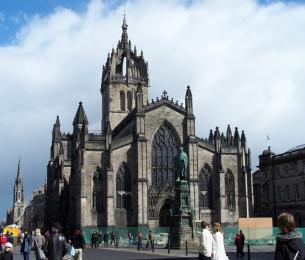 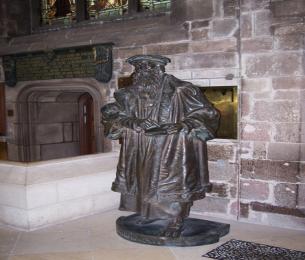 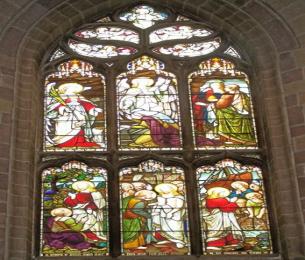