Midhowe Broch has a great location on the Island of Rousay with views across the Eynhallow Sound to the Orkney mainland. The tidal races in the sound can be impressive at peak times when the standing waves are very dramatic and visible from several miles away. This natural defense from seaborne invaders is maybe one of the reasons why the Iron Age inhabitants of Midhowe Broch chose this location.

Midhowe Broch is just next door to the impressive Midhowe Chambered Cairn so you can "bag" two very good sites in one. This is fortunate as it is quite a climb to get back from the Broch to the car park on the B9064. The two sites come from very different times with ~3,500 years between the periods when they were in use.

Although much of the upper sections of the broch tower have gone, the walls still reach as high as 4 metres and many of the inner dividing "walls" are still intact, albeit held together with bits of iron. It is the quality and detail in the finish of the interior that is most impressive. The builders of these brochs clearly wanted to make something that was not only strong, but aesthetically pleasing too. If you look at the edges of the buttresses they are all very clean cut and evenly angled. Midhowe Broch also had quite advanced plumbing with a spring water supply that fed into a storage tank. Unfortunately, this isn't evident nowadays, but its effectiveness was demonstrated by archaeologists.

On the outside of Midhowe Broch, you find a cluster of dwellings that are believed to have been later additions which may have been built in more peaceful times. Excavations at Midhowe have found traces of Roman pottery and other artefacts which would suggest that the occupants either had far reaching trade or else they went on raiding parties to the south. There were certainly never any Roman encampments as far north as Orkney.

Well worth a visit as it is one of the best Brochs in the Orkney Islands. 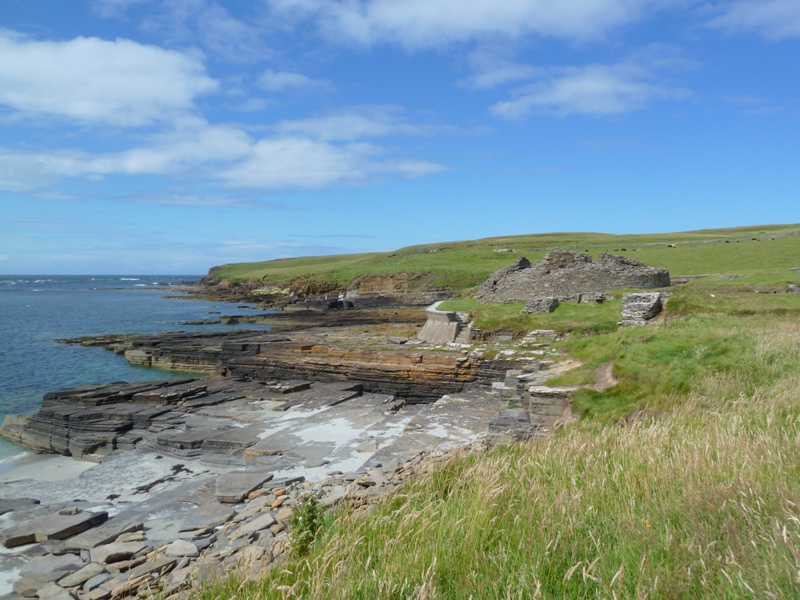 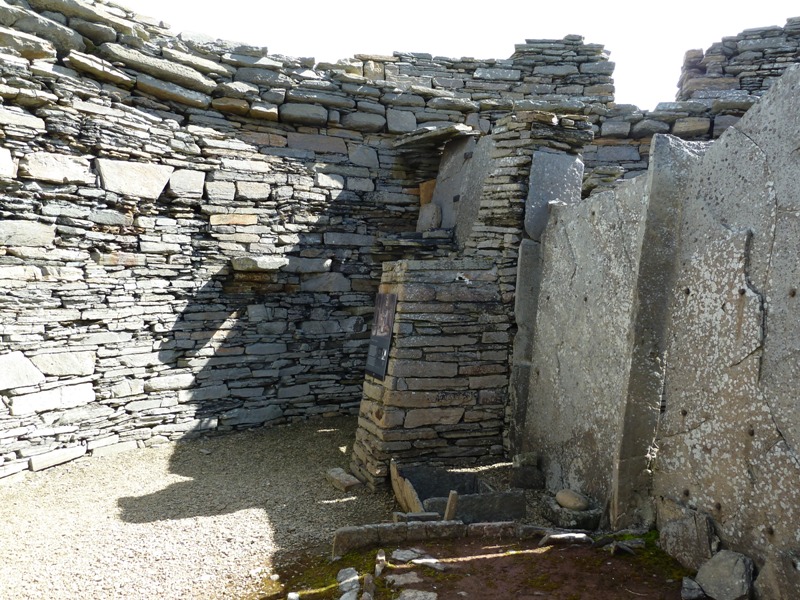 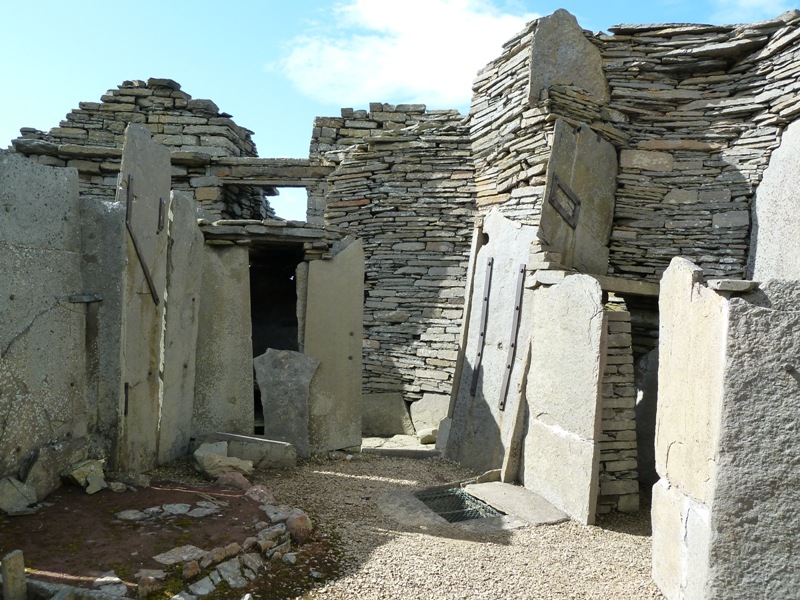 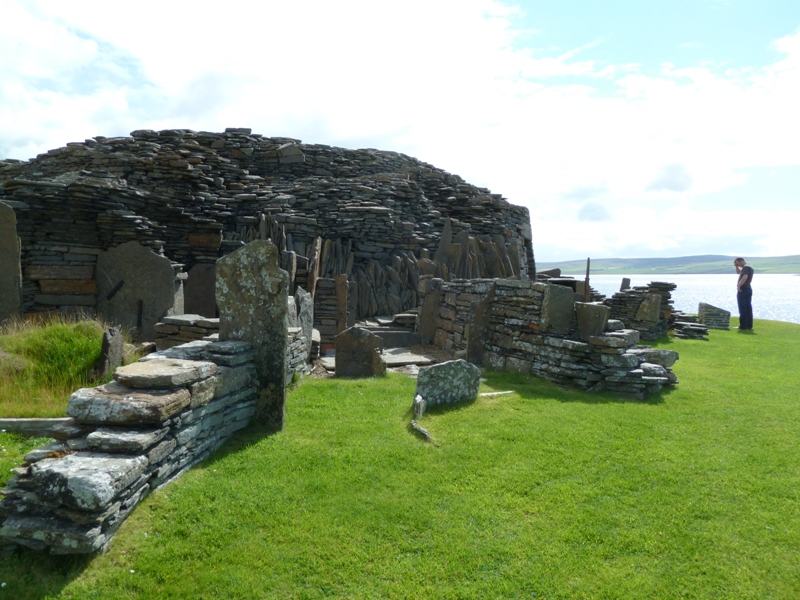 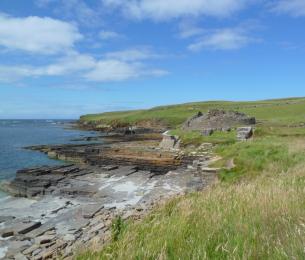 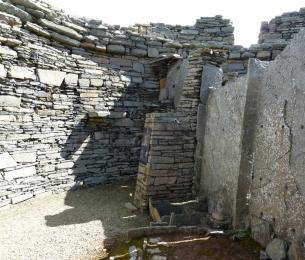 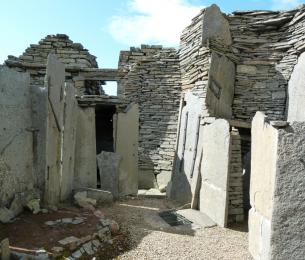 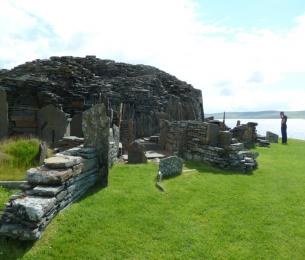