Midhowe Cairn is an impressively large burial chamber and one of the most interesting burial chambers in the Orkney Islands. If it was on the mainland and more accessible, it would easily rival Maeshowe as a tourist attraction. The accessibility issues are the ferry ride to Rousay and then a half mile walk down through fields to the coastline where the Midhowe Cairn lies protected within a concrete structure. The walk isn't bad on the way down (just make sure to avoid the cowpats), but the return to the car park is a bit more arduous. However, the wow factor when you first see Midhowe Cairn is ample reward.

The massive structure of Midhowe Cairn is hidden by a builiding that looks a bit like a large Nissen hut, but this ensures that you get a bit of a surprise when you open the door. Once inside the building, you are confronted by a mound of stones that gives the initial impression of an upturned boat hull. You can then climb onto a gantry frame which allows you to walk the length of the cairn whilst looking down at the 24 "stalls" of burial chambers. It is easy to understand why it is known as the "Ship of the Dead". It certainly is reminiscent of a Viking galley ship in size and shape.

Midhowe Cairn, like many of the archaeological sites of Orkney, was not excavated until the 1930s. At that time it was just a grassy mound and the original roof of the cairn had fallen in hence the fact that it is now displayed as an open series of chambers. The cairn dates from 3,500 BC and contained the remains of 25 humans in the stalls on the eastern side of the main passageway. Two further bodies were found buried in the rubble of the cairn which would suggest that the use of the cairn continued for a short while after the roof caved in.

We would certainly recommend that you pay a visit to Midhowe Cairn, especially since it is adjacent to the equally interesting Midhowe Broch (circa 100AD). You can pass through 3,600 years of history in just a few metres. 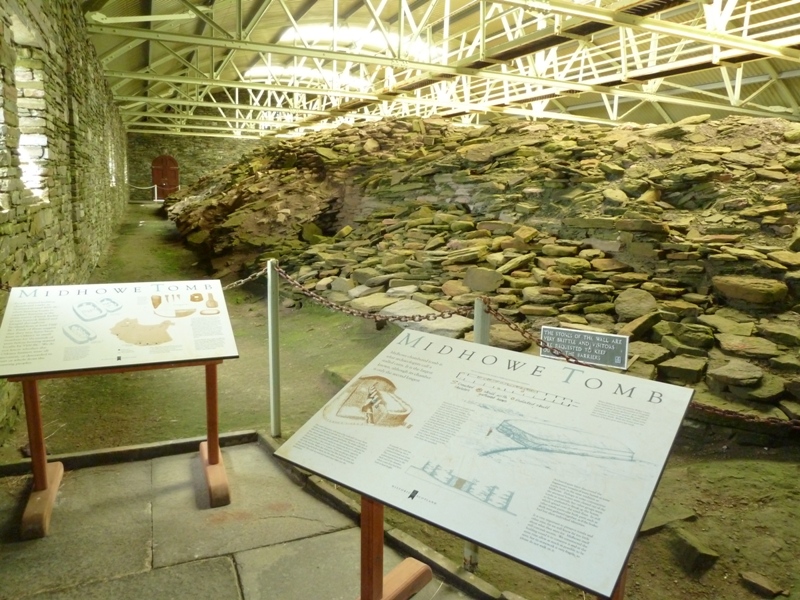 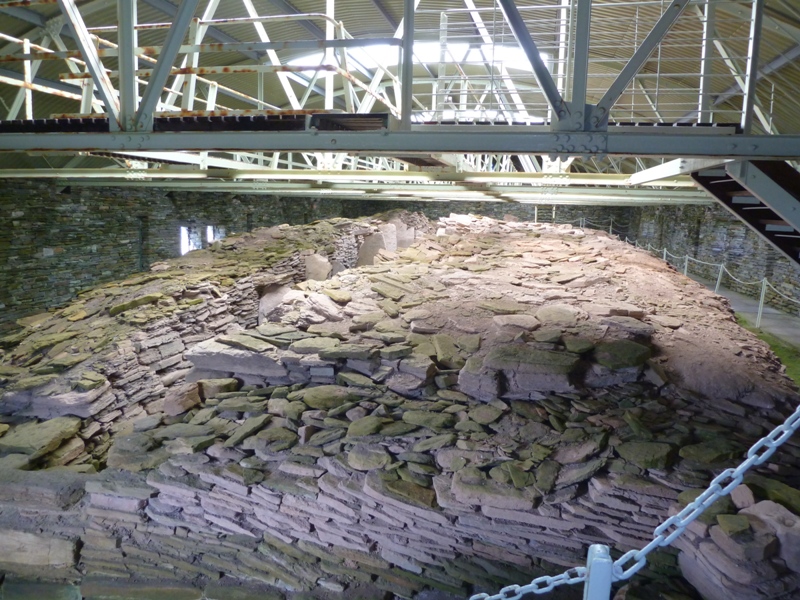 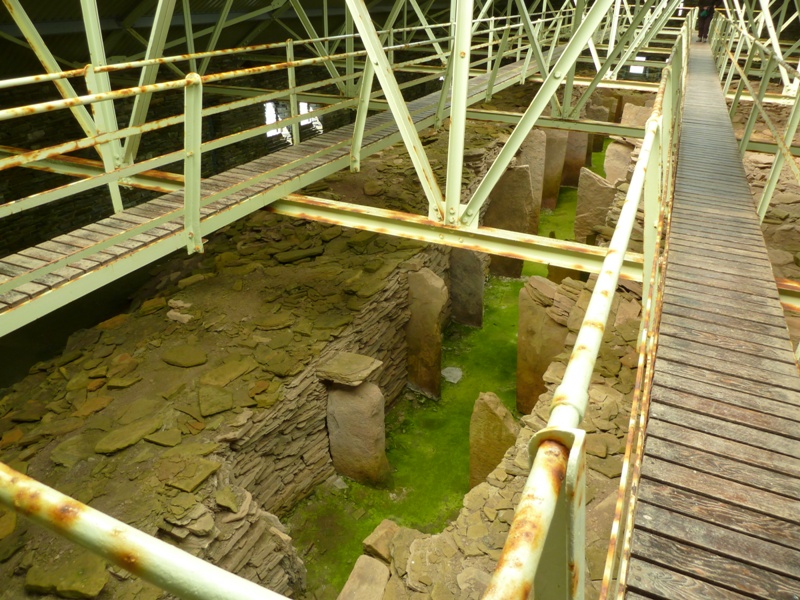 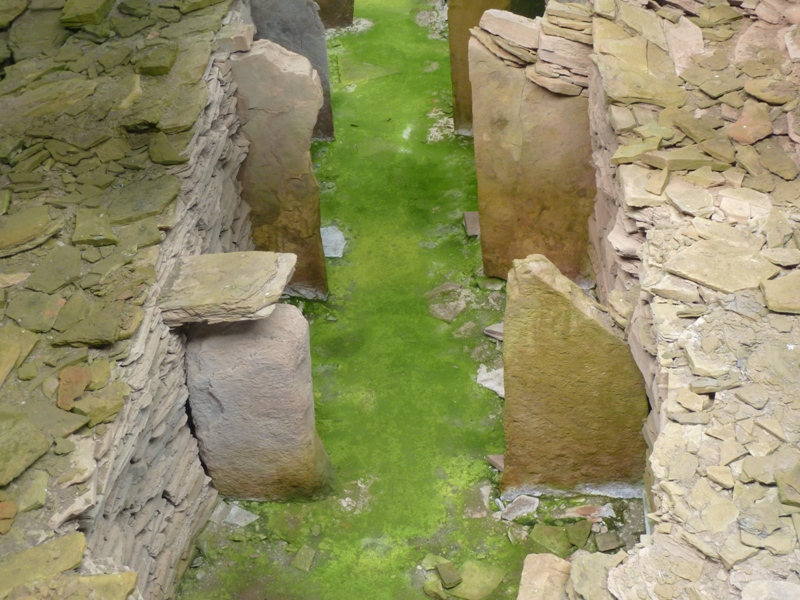 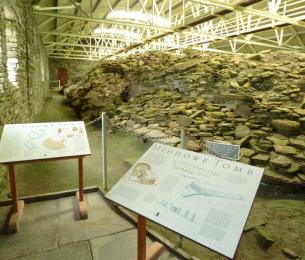 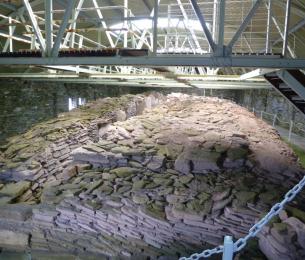 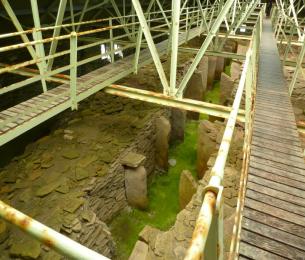 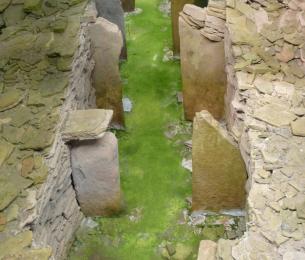