2023 Update - Melrose Abbey grounds, cloister, and museum are open Daily, BUT the interior of the abbey is closed at the time of writing (13 Jan 2023) for safety inspection work.

Due to the access restrictions, the admission fee is currently half the price listed below.

Melrose Abbey is one of the four ruined Border Abbeys built in the 12th century by David 1st. The Abbey was burnt in the 14th century and rebuilt in the 15th, but was abandoned in the 16th century. It was one of the wealthiest monasteries in Scotland.

Melrose Abbey is also the burial place of King Robert the Bruce’s heart, the burial spot being marked with a commemorative stone plaque. A lead casket containing an embalmed heart was discovered in 1921 and it has since been confirmed to be the King’s heart.  Bruce had requested that his heart be removed and carried to the Holy Land by his loyal friend Sir James Douglas. Unfortunately, neither Sir James or the heart made it as far as Jerusalem as they went to Spain to fight against the invading Moors. According to legend, Sir James was caught in a surprise attack by the Moors. He soon realised the odds were against him, so he threw Bruce's Heart ahead of him and charged into battle crying "Lead on brave heart, I'll follow thee". Sir James's body and Robert the Bruce's heart were returned to Scotland and buried at Melrose Abbey, as per King Robert's dying wish. In case you are wondering, the rest of King Robert lies buried in Dunfermline Cathedral.

There is also a small museum at the Abbey with artifacts found during the excavations.

Melrose Abbey is in the town centre of Melrose and is easily found. Good views of the abbey are available from the southern perimeter if you don't wish to pay the entrance fee to the grounds.

Remember to look out for the Gargoyle which features a pig playing bagpipes. 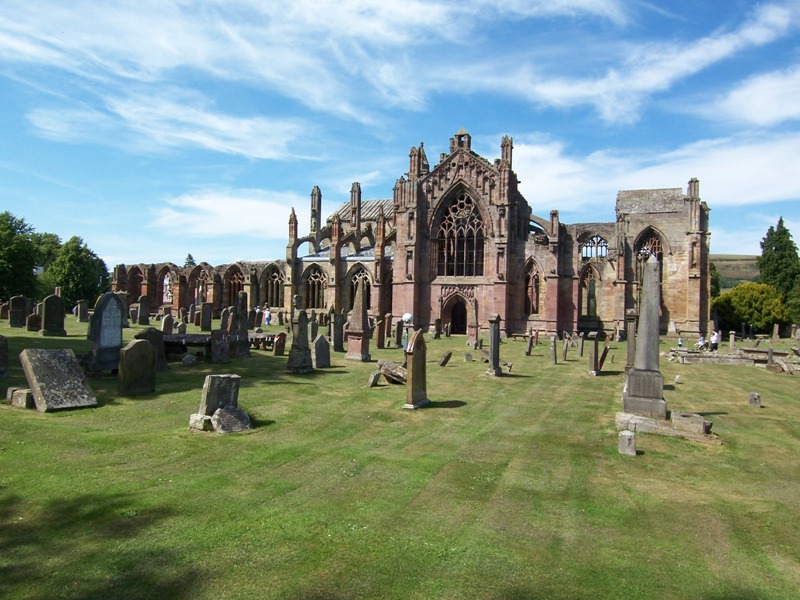 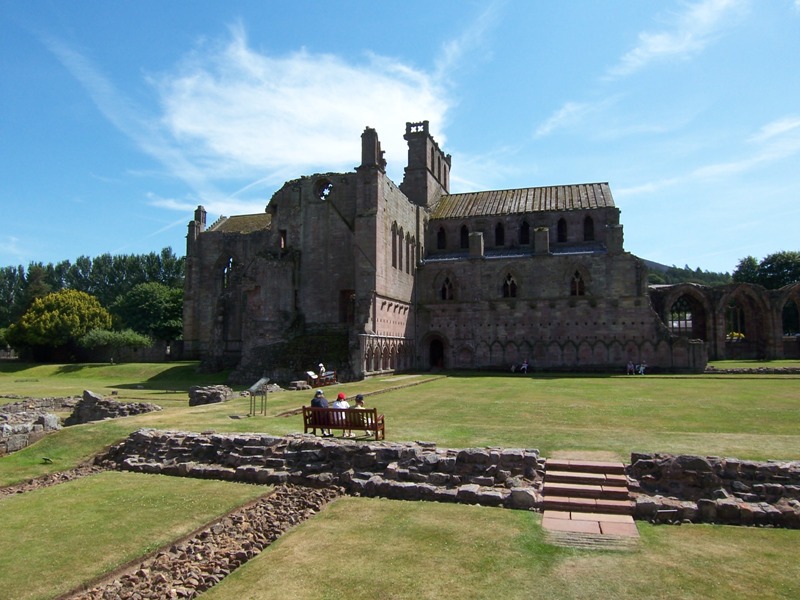 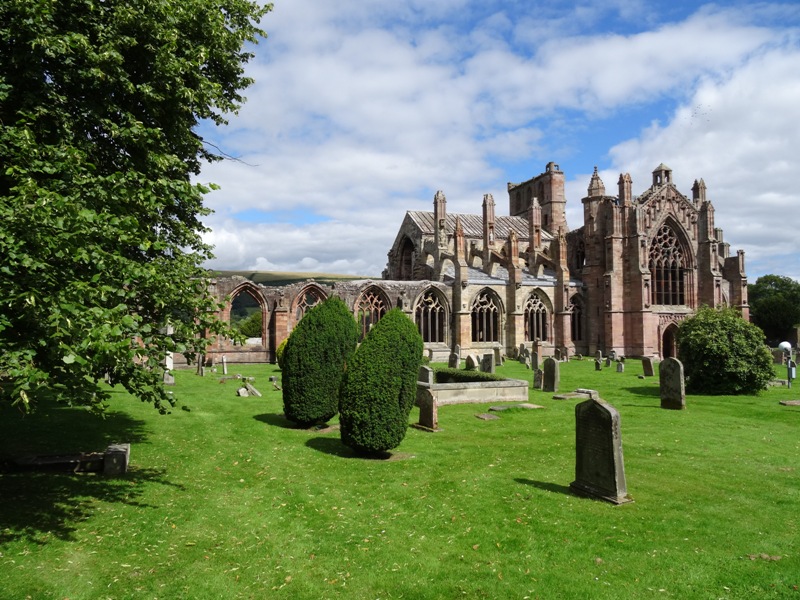 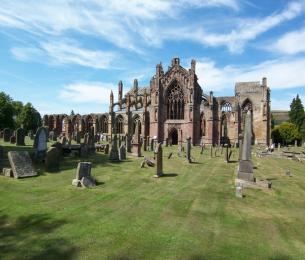 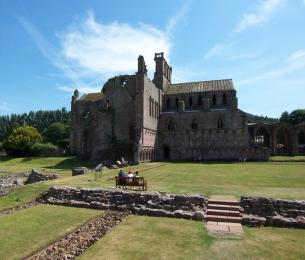 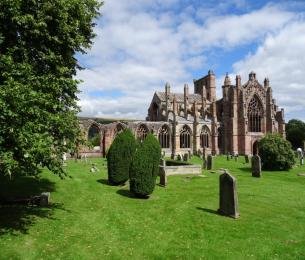