2023 Update - Only the grounds and shop are open. There is no access within Jedburgh Abbey building at the time of writing (12 Jan 2023).

Jedburgh Abbey is one of the 4 major abbeys of the Borders that were built in the 12th century. The abbey was built by King David I of Scotland for Augustinian monks. With Jedburgh, David was also aiming to show to his English neighbours that he could match any grand building in England. Unfortunately, the proximity to the English Border meant that the abbey was badly damaged and rebuilt several times during the Wars of Independence.

The abbey stands in the centre of Jedburgh and it dominates the town. Although in ruins, the remains of the building are sufficiently intact to still present an impressive profile.

Of all the Border Abbeys, Jedburgh is the one that is easiest to picture in its original splendour. Rather than looking like a building in decline, it almost looks as if the building is in the process of construction and is awaiting a new roof and windows.

At the west end of the abbey, you can climb up a very narrow spiral staircase (about 2.5ft / 0.7m wide) to gain access to a balcony area that overlooks the Abbey interior.

Throughout the Abbey there are information boards in 5 languages that give more detailed explanations than are usually found in Historic Scotland properties. You can also get an audio guide in English (about 30 mins long) and there are always the much more detailed guidebooks on sale for ~£3.50.

The adjoining visitor centre contains artefacts found during the excavations around the abbey, including the priceless “Jedburgh comb”, which is delicately carved in ivory and has somehow survived from the 12th Century. 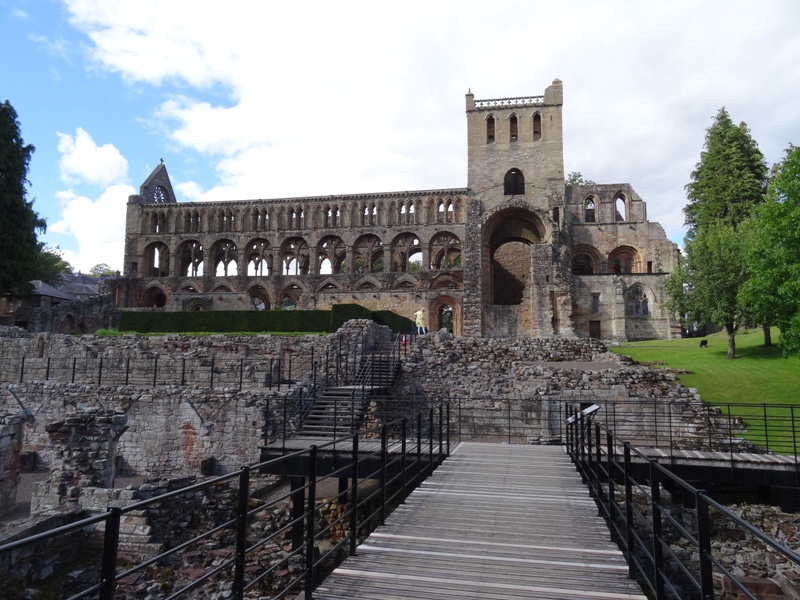 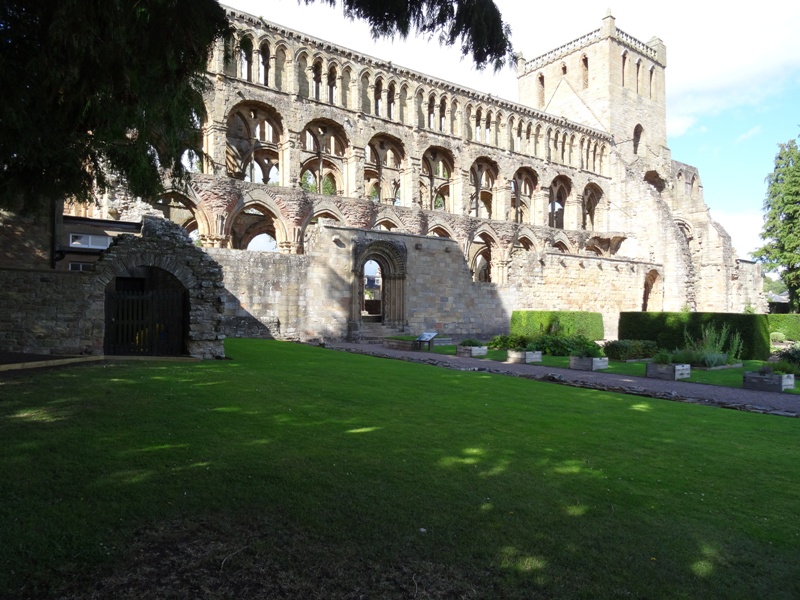 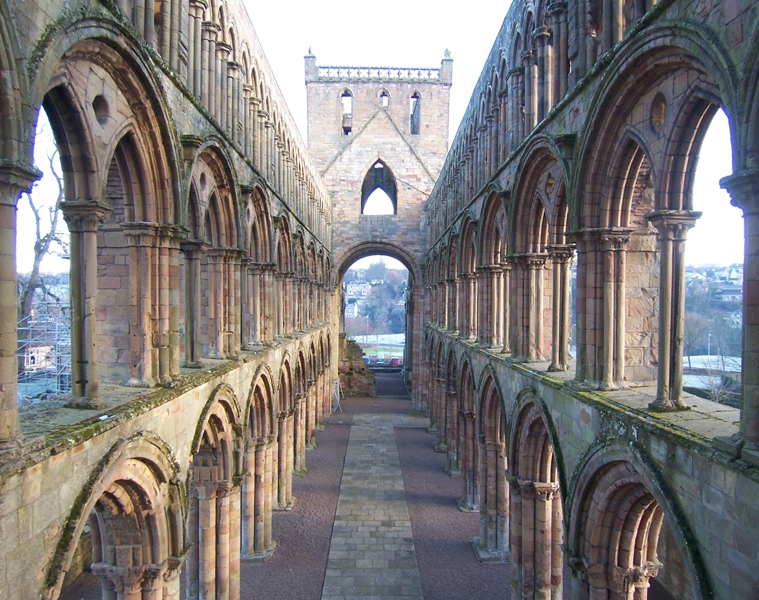 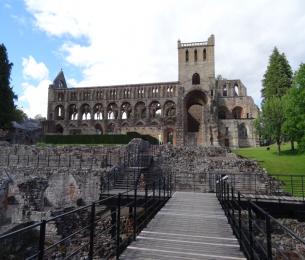 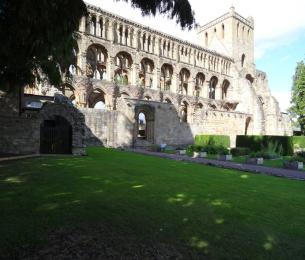 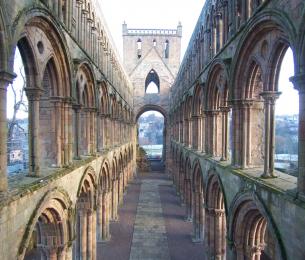