If you’ve ever bought one of our travel guides, you’ll realise that we make a point of peppering the route directions with suggestions for tearooms and cafes. There are good reasons why we do this. Getting some refreshments and a slice of cake being the obvious ones, but tearooms can often serve as a welcoming refuge on a wet day. They can also become the whole reason for a day out, and that’s what this Blog is about.

When I was dating a girl up in Morvich, the winter Sundays could be very depressing, but the cozy café at the Glenelg Candle shop  was a shining beacon of warmth that could lift your spirits on even the wettest of days. Sadly, the Café and Candle shop burnt down quite a few years ago. I guess that there is some cruel irony in that. 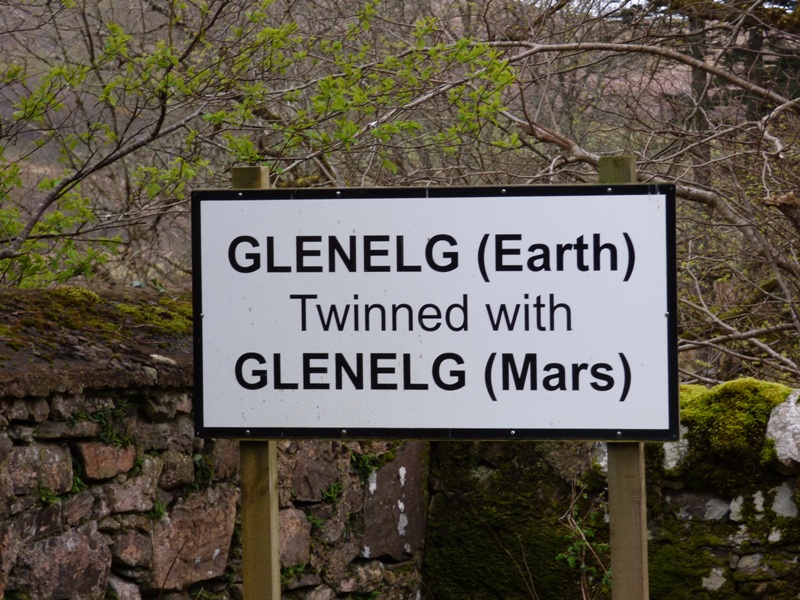 The demise of the Glenelg café meant that we then had to drive a 4 hour round trip to the Hillbillies Café in Gairloch to get a good coffee on a wet Sunday. (actually, it was nearer 3 hours because she was a very spirited and capable driver and it was winter so no tourists getting in the way).

That was over 15 years ago and the number of good coffee shops in remote parts of Scotland has increased exponentially since then. Indeed, opening a coffee shop in a remote seems to have become a very popular lifestyle choice with people moving up from England to escape the rat race down south. If you’re looking for a coffee stop on the drive from Morvich to Gairloch, you would now have a choice of half a dozen good places before you even got to Gairloch.

But the point of this blog is to talk about tearooms that are destinations in themselves and not just stopping places along the route. Rannoch Station Tearoom is the first such place that comes to mind. Few people drive out to Rannoch Station unless they are heading to the Tearoom, or else got terribly lost. The drive takes you to the edge of the treeless windswept expanse of the Rannoch Moor with the eastern entrance to Glen Coe just visible in the distance. 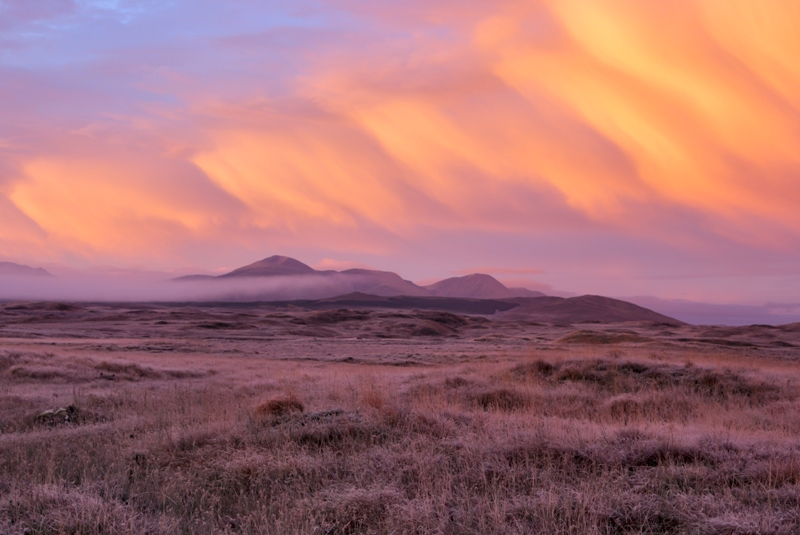 In most cases, railway stations are built to serve the needs of a community, but it happened the other way round with Rannoch Station. The station and nearby hotel appeared in the early 1890's as accommodation for engineers working on the West Highland Line. It was only afterward that it was connected by 16 miles of road to the nearest community at Kinloch Rannoch. The fact that there is a railway line here at all is an amazing feat of engineering and perseverance, but the Victorians seem to have enjoyed building railways in difficult places. The challenge with Rannoch Moor is that it is a bit of a bottomless pit and you have to go down 20 feet in some places before you hit a solid surface. To overcome this problem, some sections of the railway line were built on what were effectively floating rafts of brushwood. 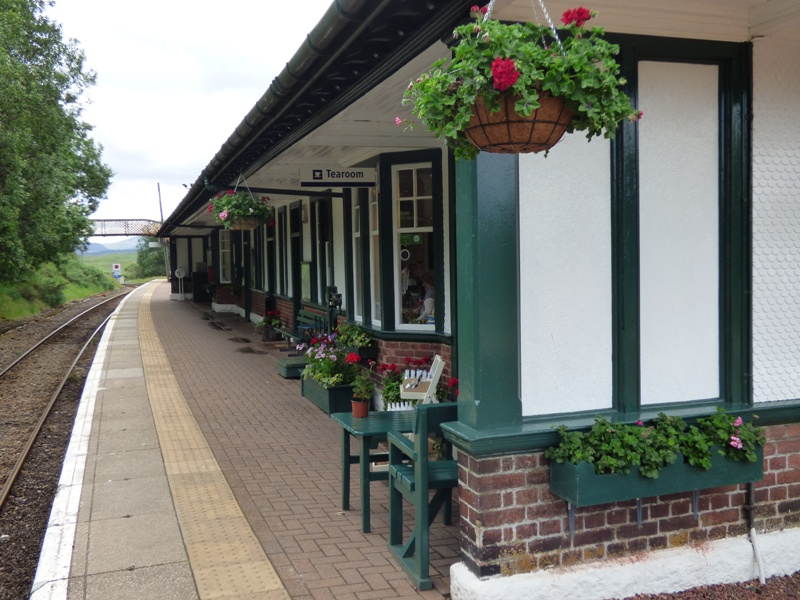 Bill and Jenny Anderson are the brave souls who have moved up from the very south of England to open this most isolated of tearooms in the old waiting rooms of Rannoch Station. Quite a daunting change of environment, but they seem to be coping admirably and offer an amazingly diverse menu given that Pitlochry and the nearest supermarket Is about 37 miles away. As you might expect, trains are part of the theme of the tearoom and it would make a good filmset for a remake of "Brief Encounter". We were also very impressed by the display of home baking (when you live this far away from everywhere else the baking has to be done at home), but were so full after our well packed toastie that we had to decline the tantalising strawberry cream sponge cake. 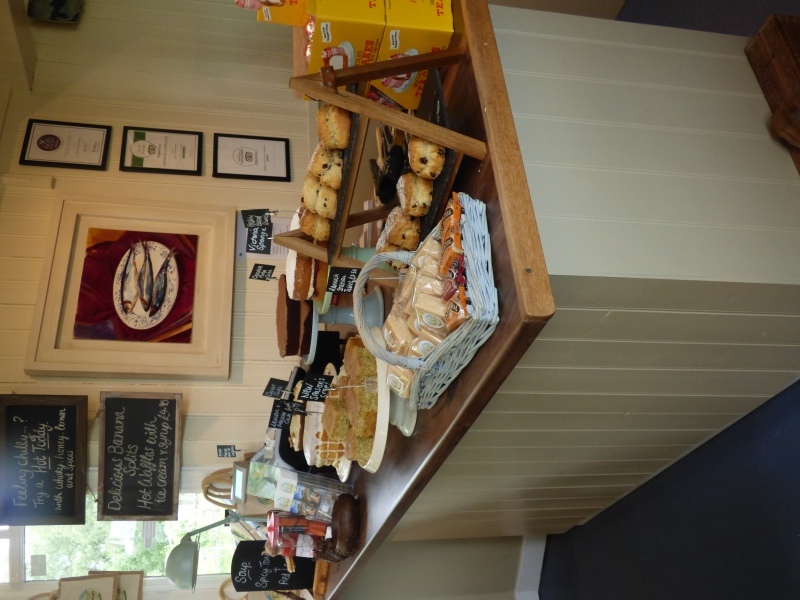 Moving to the north west and the shores of Loch Torridon, Gille brighde café / restaurant is also at the very end of a dead end road, but it sits within the small village of Lower Diabaig and was once the schoolhouse for this remote crofting community. Although it is not such a long trek to the road end, some of the steep 1:4 ascents / descents and twisting single track sections might make you abandon your tea break plans. If you do persevere, you will find a mouth watering menu that will make the thrills and spills of the road all worthwhile. For example, how do you fancy “Gairloch Haggis Stuffed Chicken in Smoked Bacon with Tarragon Leek Cream” or “Crispy Skin Kinlochbervie Hake on Pea and Watercress Puree with Lemon, Parsley  Butter”. If you do decide to take this detour, you should first make sure that they’re open as we once made the mistake of going on a Monday and they don’t do Mondays. 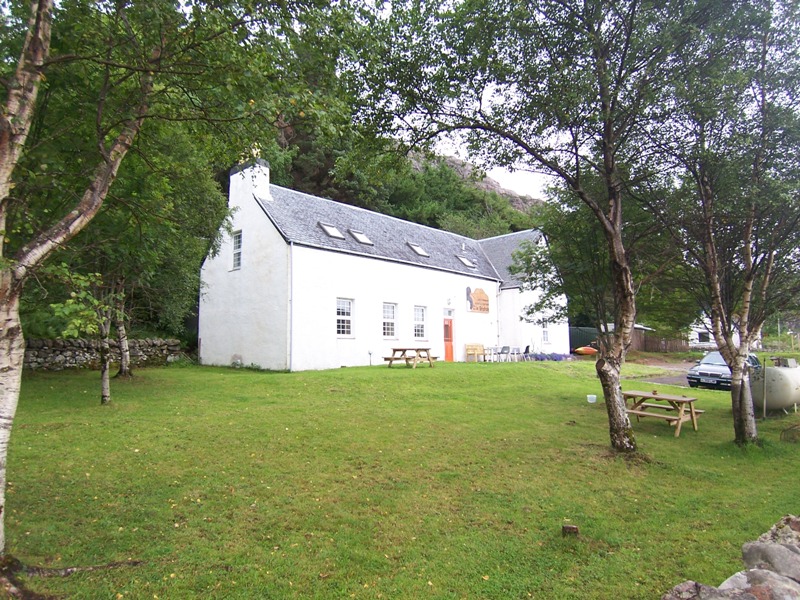 If you look at the picture below, Lower Diabaig might seem a bit familiar. The red telephone box on the shore front might make you think of the film "Local Hero", but Diabaig's starring role came in the rather corny Ted Danson film called "Loch Ness". If you look at a map you'll realise that Loch Ness is quite a distance away from Lower Diabaig and it is a fresh water loch whilst Lower Diabaig stands by the sea. 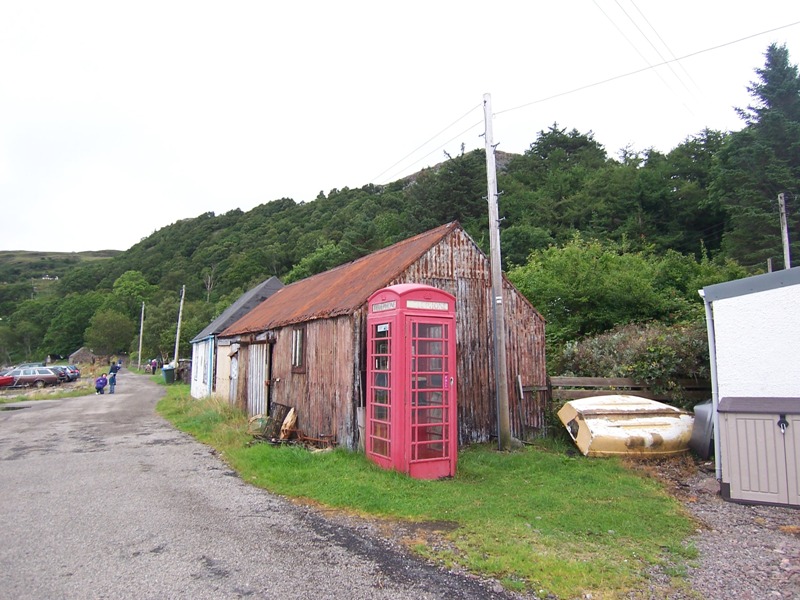 Going back to the Glenelg area (remember the candle shop café that burnt down), if you continue through the village and travel for another 11 miles, following the shores of Loch Hourn, you will eventually run out of road at a pretty little cluster of cottages in the village of Corran. There are a few places in Scotland called “Corran” and the name means “Crescent” or “Sickle” in Gaelic. If you look at a map, you can see that Corran sits on the edge of a bay that does have a distinct sickle shaped hook. The reason for venturing to the end of this road is not to marvel at the shape of the bay, but to enjoy the cozy atmosphere of “Sheena’s Tea Hut”.

The tea hut has been running for quite a long time now and has become a bit of an institution. The term hut might lead you to expect something quite small, but it is actually closer in size to a double garage and has an eclectic mix of chairs, tables and cushions. It oozes a warm welcome and an eccentric “Highland” charm. For many years the hut had a regular visitor who was known locally as “Osama Bin Laden”, or just “Bin Laden” to his friends. Don’t worry, nothing dangerous, “Bin Laden” was a Stag who enjoyed dining out on the leftovers from the café. He came by his nickname because he hid in the hills and was partial to exploring bins.

Loch Hourn is also a good area for spotting otters, but these animals are much harder to spot than "Bin Laden" and they certainly won't be bold enough to join you at the Tea Hut. Some of these otters might be the descendants of "Mijbil" the otter made famous in the autobiographical book "Ring of Bright Water" written by Gavin Maxwell about his life in this area with his pet otter. Maxwell lived in a house called Camusfearna near Sandaig (on the road between Glenelg and Corran). The house burnt down many years ago, but there is a small memorial near the spot where it stood and where Gavin's ashes are buried. 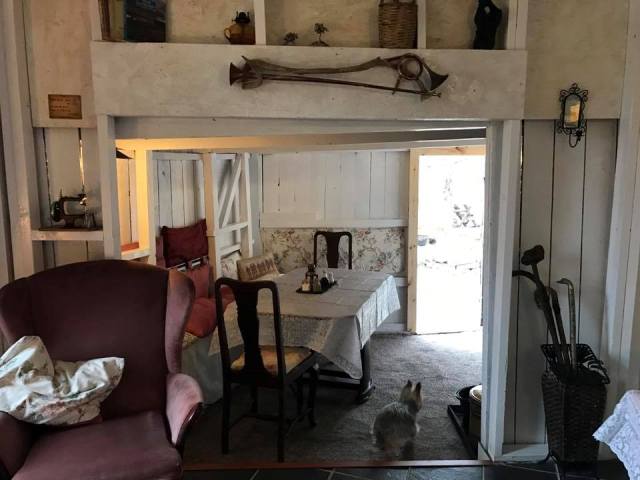