January in Scotland is a "dreecht" month (Dreecht = damp, dull, dismal) so we spend this month busily updating guides and planning what we will be doing for Scotland tours in the New Year. As a result, we don't tend to be out and about much which means I usually sit down to write the January blog and hit writer's block as I just haven't got much new to talk about.

This year was the same and then I got an email from somebody asking if I could suggest a lighthouse to stay in which would work with our Best of Scotland tour itinerary. Fortunately, there is a lighthouse called Rudha Reidh which is a few miles north of Gairloch and it does operate as B&B. So now I have a theme for the January Blog... lighthouses in Scotland.

There are well over 200 lighthouses in Scotland so don't expect me to list them all, but here are a few that we've taken pretty pictures of during our travels. Of course, by the nature of their role, lighthouses are often situated in some very remote places where they are exposed to the elements so we hope you'll excuse us if we haven't got sunny pictures of places like Ardnamurchan lighthouse which stands at the most westerly point of the Scottish mainland.

Staying on the subject of lighthouses where you can stay, there are some lovely options for self-catering in old lighthouse keepers cottages such as the Puffin House located on the Rhinns of Galloway, which is the narrow peninsula of land to the south of Stranraer. There is also a self-catering facility at the Corran lighthouse (pictured below) beside Ardgour on Loch Linnhe and a few more scattered around Orkney and Shetland. However, none of these examples are particularly cheap. 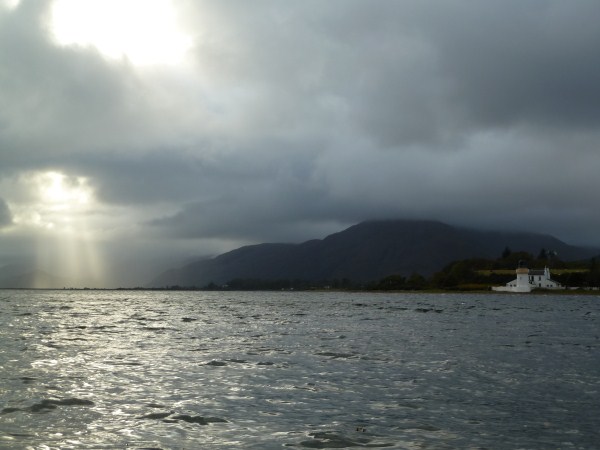 Since lighthouses have become automated, quite a few have had their old accommodation buildings turned to other uses such as Tiumpan lighthouse on the Eye Peninsula (nr Stornoway), which is now home to a dog kennels. Like most lighthouses in Scotland, Tiumpan was designed by the Stevenson family and they clearly knew what they were doing. Not only did they have a near-monopoly on lighthouse design, but I can't think of any Stevenson lighthouse that has failed despite some being in service for over 200 years. Three generations of the  Stevenson family continued the tradition of designing lighthouses, but one of them, Robert Louis Stevenson, had aspirations to become a writer. That's a subject for another Blog though! 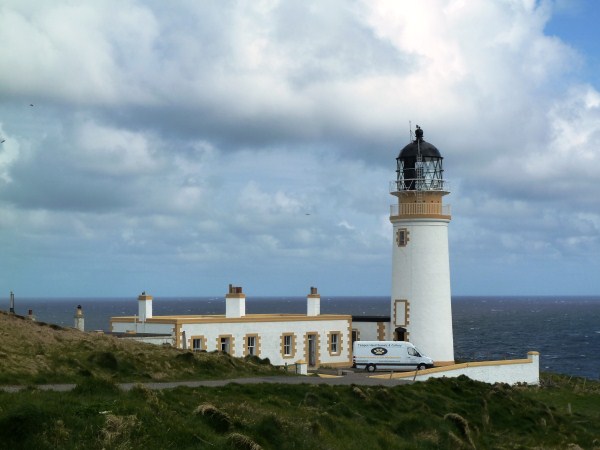 Three of the most visited lighthouses in Scotland are probably, Neist Point on Skye, Dunnet Head near John o'Groats and Chanonry Point near Inverness. Visiting Neist Point involves a bit of a walk from the car park and is a good way to burn off calories as there are quite a few steps involved and it's a good work out on the way back. If you are very lucky, you might see whales and basking sharks from the cliffs beside the lighthouse, but this is by no means guaranteed. 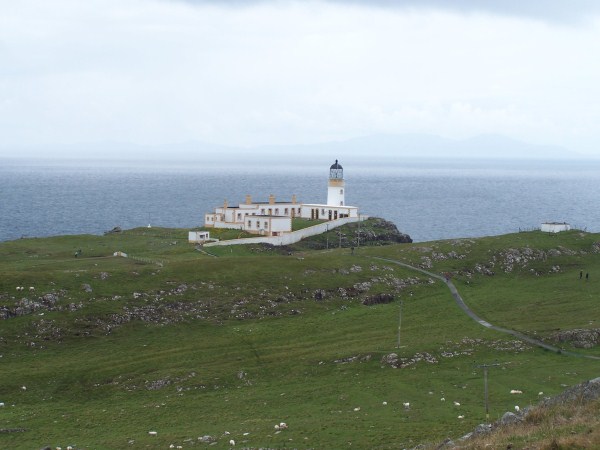 A better place for spotting marine life is Chanonry Point and the local pod of Dolphins in the Moray Firth will often come quite close to the shore to put on a display for the appreciative audience of tourists waiting on the beach. 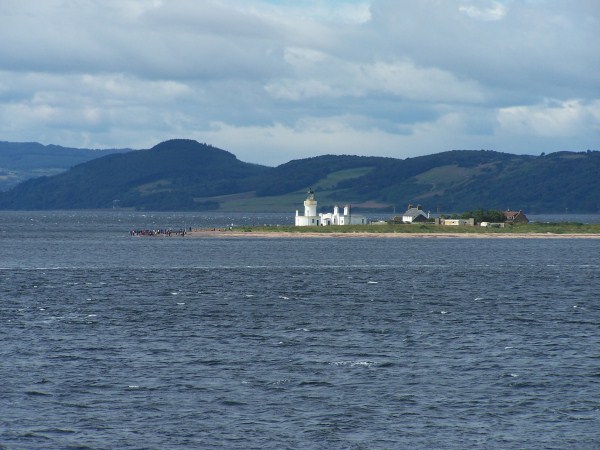 At the extreme north of the Scottish mainland, you find Dunnet Head lighthouse. Take note that John o'Groats is not the most northerly point so don't waste time in this rather dull place and instead head to Dunnet Bay for a great beach and some fine views of Orkney from the viewpoint above the lighthouse.

The windiest lighthouse location that we've ever experienced is at Rudha Rhobhanais on Lewis, which is better known as the Butt of Lewis. All the energy of the Atlantic seems to focus on this rocky promontory at the northern tip of Lewis. There is something quite daunting about looking over the edge of the cliffs into the jagged inlets where relentless waves rapidly pound any flotsam to a pulp. We were too wimpish to go anything closer than 3 feet from the edge as our overactive imaginations were picturing a horrid watery end in the tumult below.

A lighthouse that looks much happier with its location is the one on Eilean Musdile in the Sound of Mull. This is the lighthouse that you pass close by (not too close mind) when you sail from Mull to Oban. Of course, this lighthouse is now unmanned as you'd struggle to find many Scots these days who'd volunteer to be so far from a pub.

On that subject, I close this blog with a picture of the lighthouse at Portnahaven. Why, well this picture was taken from outside the village pub "An Tigh Seinnse" (the name is Gaelic for “The Public House”). If you had to choose a lighthouse to work at then this would be a good option. Walking distance to a pub and surrounded by some of Scotland's best whisky distilleries. 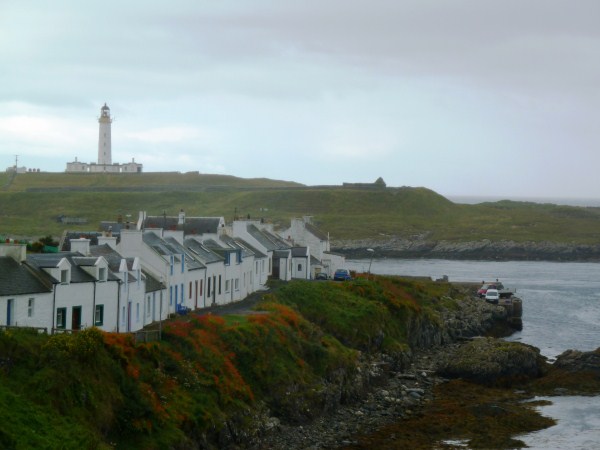