Kelso Abbey is one of the four Borders Abbey built under David 1st of Scotland in the 12th century. It is the most ruined of the four and, like the others, suffered most of its damage during the "Rough Wooing" when Henry VIII tried to force the Scots to marry the infant Queen Mary to his son thus unifying the crowns of Scotland and England. The Scots rejected this proposal and instead arranged a marriage to the Dauphin of France. A war ensued with Henry, hence the term the "Rough Wooing". The Abbey then fell victim to the Scottish Reformation which caused the dereliction of almost all the Roman Catholic abbeys and churches in Scotland.

The Abbey stands in the middle of Kelso by the old graveyard and people can freely wander amongst the ruins. The graveyard, set amongst trees, is an attractive place to explore on a sunny day, but there's not much of the Abbey left standing. Nearby Jedburgh and Melrose Abbeys give you a better appreciation of how they would have looked when complete, but they are Abbeys where you need to pay for entry. 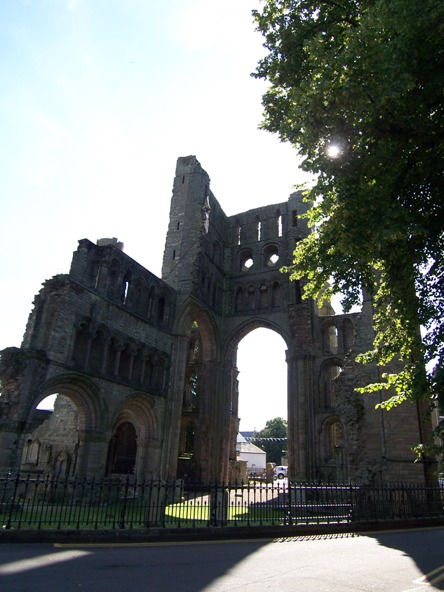 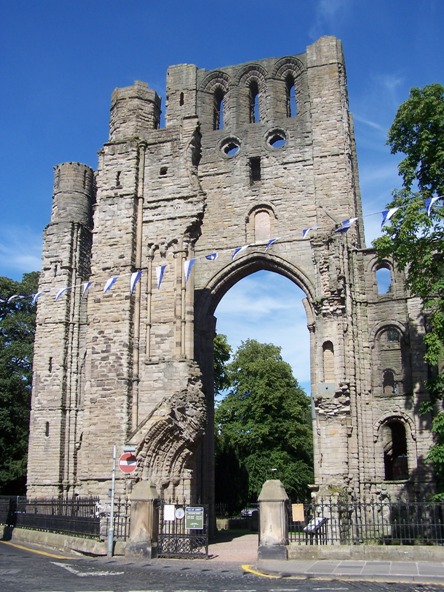 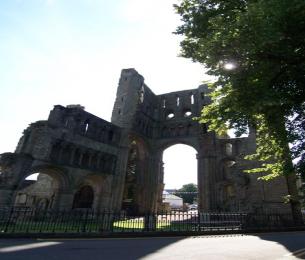 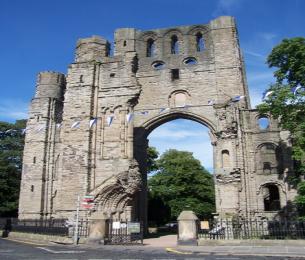