Dunstaffnage Castle was built in the 13th century as a base for the Clan MacDougall, but it latterly became the property of Clan Campbell.

Dunstaffnage Castle’s most famous occupant was Flora MacDonald, who was briefly imprisoned here in 1746 for her part in assisting the escape of Bonnie Prince Charlie to France.

The Castle is a ruin, but the strong outer curtain wall remains largely complete, and enough structure has survived to give a good impression of how the castle would have looked. The 16th century gatehouse is still intact and is used as an occasional residence by its owner, the “Captain of Dunstaffnage”. We've been told that one of the conditions of the Captain's continued tenureship is that he has to spend at least 3 nights each year in the gatehouse. This might be more of a hardship than it sounds as it is quite spartan inside and is said to be haunted by a heavy footed ghost who clumps around on the wooden floors.

Within the castle, you can peer down into the deep well which lies in the centre of the courtyard and it is possible to climb onto the castle ramparts for elevated views (and to peer through the upper windows of the gatehouse).

Dunstaffnage is a charming little walled castle, worth doing if you have a Historic Scotland “Explorer Pass”, but you can also just have a look from the outside and enjoy the views over the bay. There is also a small exhibition in a room above the ticket office / shop, and this gives you more information about the castle with a scale model representing how the castle would have looked in its better days.

Easy to access from Oban, but we rate Kilchurn Castle on Loch Awe as a bit more interesting and photogenic. 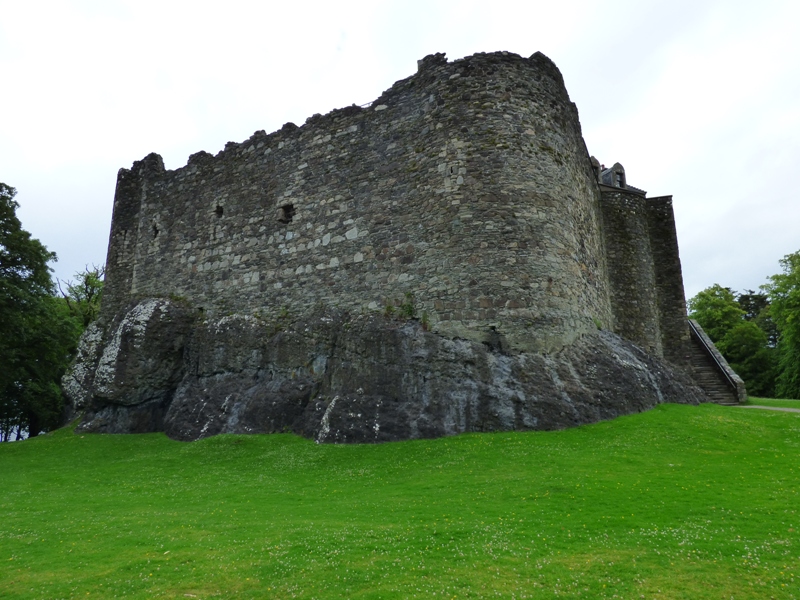 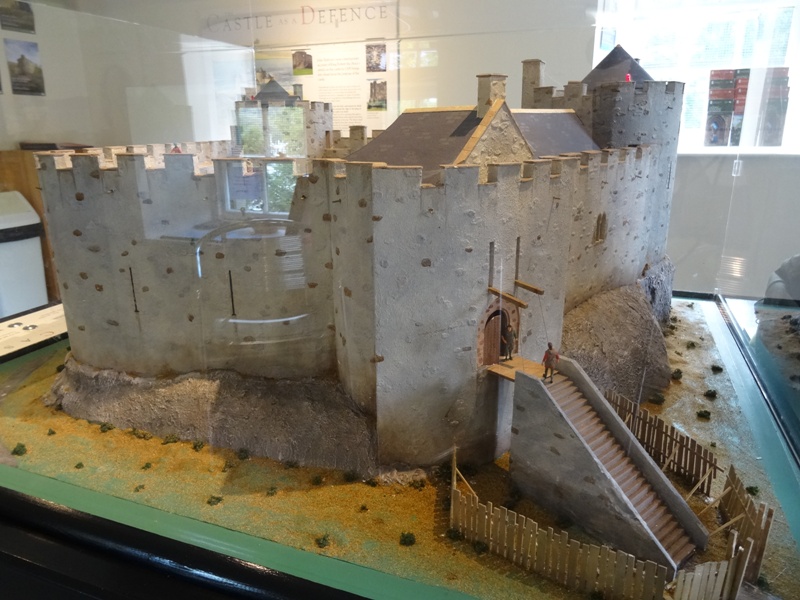 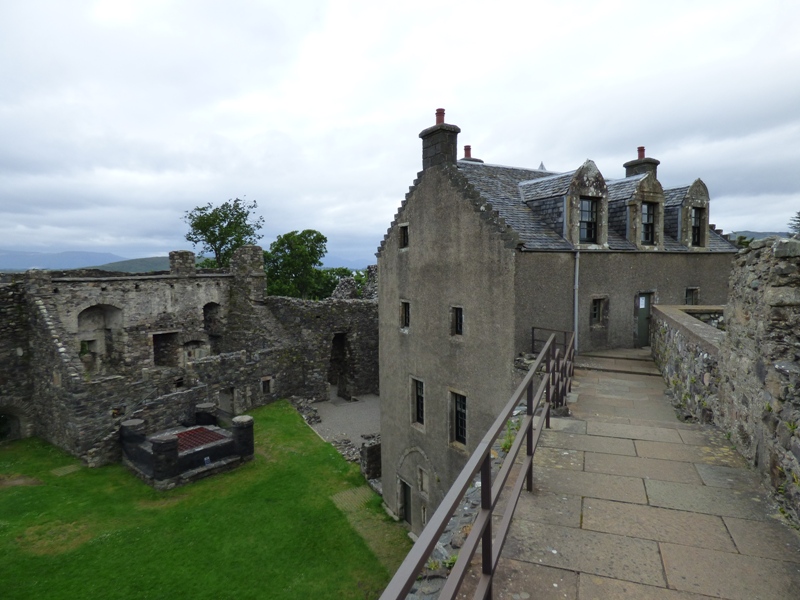 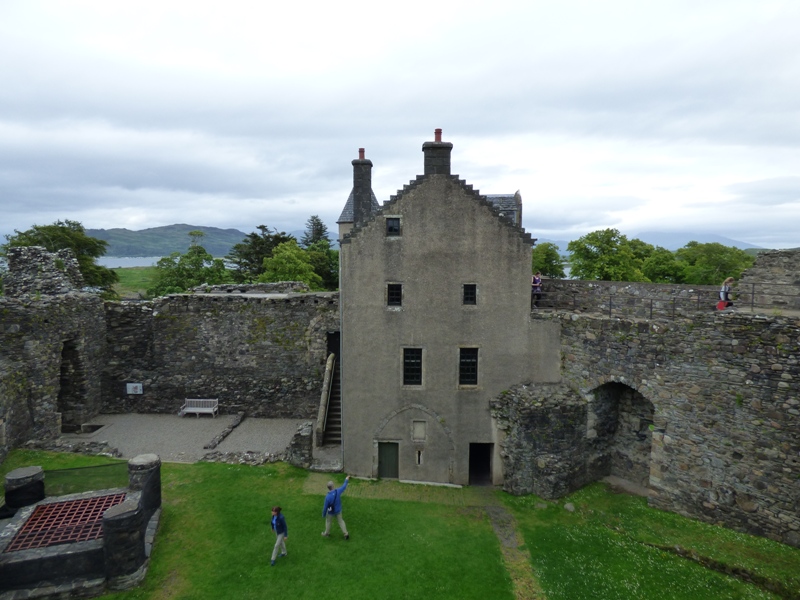 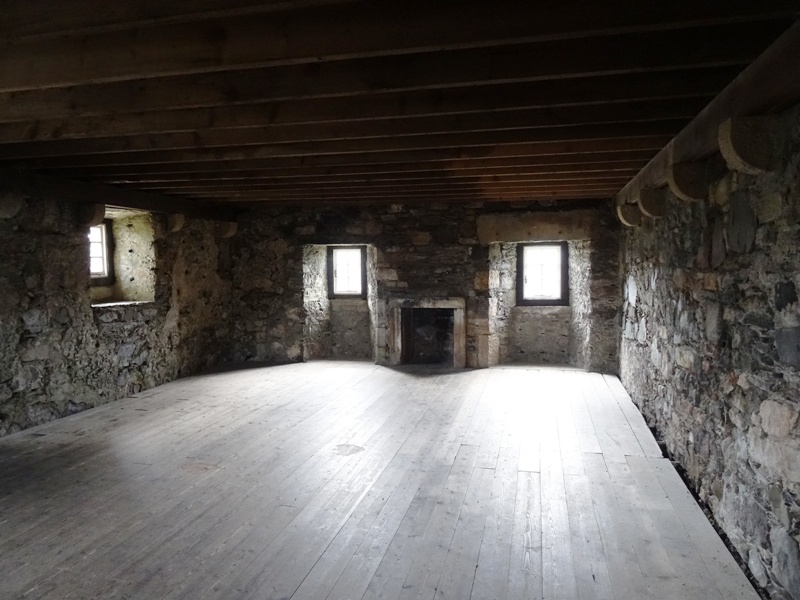 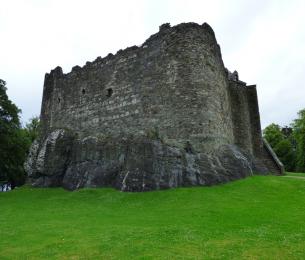 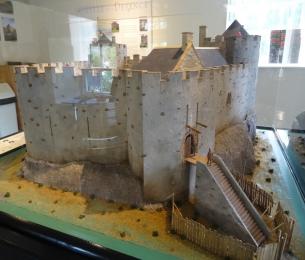 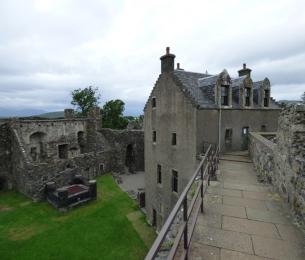 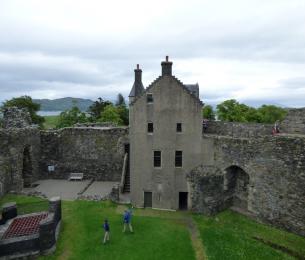 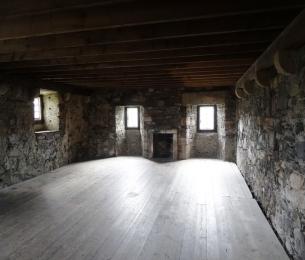