The castle is believed to have been built on the site of a Viking fortress and some parts of the structure may date back to the 13th century. The oldest parts that can be dated with certainty date from the late 1500’s, but the majority of the building is of a quite luxurious 1800’s design. The contents are magnificent and include superb silver, porcelain, paintings and lots of stuffed animals. It was the ancient seat of the Dukes of Hamilton, and was the home of the Duke and Duchess of Montrose until 1957.

The tour takes you from the entrance hall upstairs  to then pass through as series of luxuriously appointed rooms, before descending another flight of stairs to the kitchens and servants quarters. Guides are on hand in all the rooms to answer your questions,and to make sure you don't steal anything.

Like all good Scottish castles, it has some resident ghosts. These take the form of a "Grey Lady" who appears in the oldest parts of the castle and is thought to be the tormented spirit of a plague sufferer who was left in the dungeons to starve to death. The other ghosts are that of a gentleman who appears sitting in the library and a White Stag whose appearances usually coincide with death of one of the Chiefs of the Hamilton family who previously owned the castle.

The woodland garden is home to an internationally acclaimed rhododendron collection. There are lots of trails through the gardens and unusual art pieces have been added to add extra interest which also adds fun for children as some of the pieces double up as musical instruments. Children (and adults) will aslo enjoy finding the "Bavarian Summerhouse" in the woods, it has an unusual pine cone decorated interior.

The walled garden dates from 1710 and has been restored to recreate its Victorian appearance.

We should also mention that there is an excellent adventure playground that will entertain the children while Parents can relax in the sheltered seating area with a coffee and snack from the nearby kiosk which is well stocked..

Keep a look out for red squirrels in the woodlands behind the Countryside Ranger’s Office. If you like the squirrels you might also enjoy the company of the amazingly tame little birds that will join you for tea and cakes on the tables outside the castle’s café.

PLEASE NOTE: Photography is not allowed inside the castle. 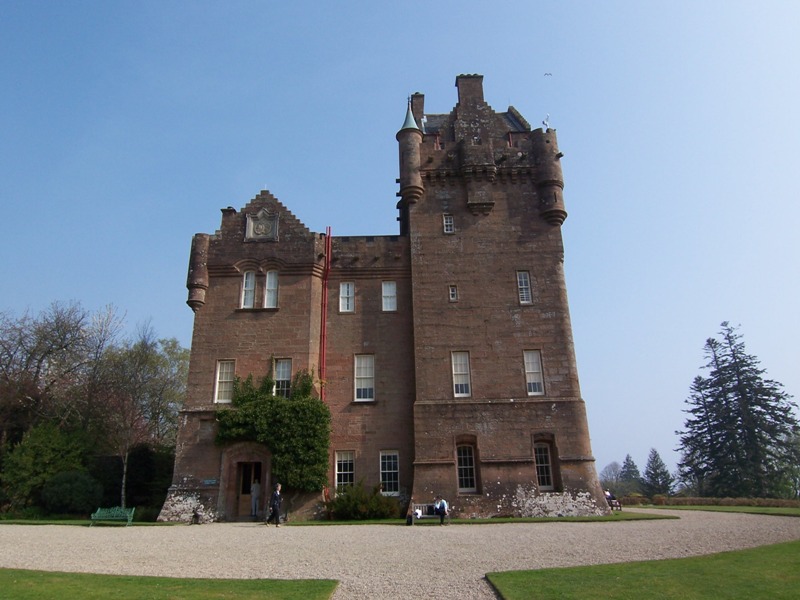 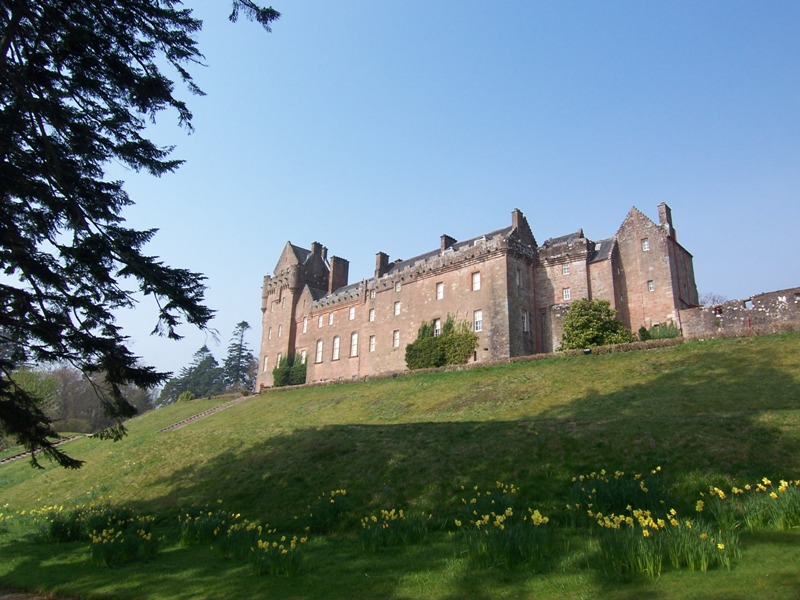