We let our Facebook followers decide the subject of this month’s Blog and, by popular demand (a landslide of 4 votes), the choice was Ghost Stories. Of course, Scotland has lots of ghost stories and you’ll find plenty of books dedicated to the subject. I'm not going to recount these well documented legends, instead I’m going to write about accounts of paranormal activity that I’ve been told whilst travelling around Scotland. These stories have all been told to me first hand.

The most recent story I’ve heard is not exactly a ghost story, but something strange was certainly going on. The event happened just this year in an 18th century house that now operates as a B&B. The house has a long and traumatic history as it is built upon the site of an older house that was burnt to the ground by Redcoat soldiers during the Jacobite Rebellion of 1745 (Before you ask, it isn't the one pictured below). 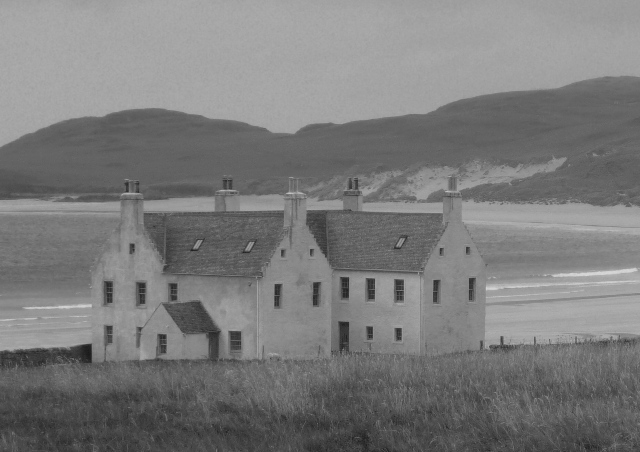 The new owners hadn’t been told of any unusual activity and were surprised when one of their guests told them in the morning that the “Ghost had been active last night”. The guests, a young couple, had been staying in one of the rooms in the older part of the house. When they went to bed they had left their mobile phones sat on the bedside cabinets, but at some point during the night they were awoken by one of the phones skipping through all the different ringtones. The only way they could stop the phone was by pulling out the battery. But as soon as they stopped one phone, the other phone started to do the exact same thing and it didn’t stop until they pulled out the battery.

On Skye there is a well documented story about a ghost car that races along with blazing lights on the roads near Sligachan. The car has been reported by Doctors and Policemen and there is a general consensus that it is a 1934 Austin. I’ve never seen the ghost car and I don’t know of anyone with firsthand experience of it, but it is a story that has fascinated me since I was a boy and I have tried to find out which road it appears on.

During a visit to a farmhouse B&B on Skye, I struck up a great rapport with the owner and after several cups of tea we got onto the subject of ghost stories. I asked the lady if she knew about the “ghost car”. Her eyes lit up and she leaned forward as if worried that she might be overheard telling me a secret. She explained that the car was most often seen on the old coast road that goes from Sligachan past “The Braes” to Portree. This road is not used much these days so sightings of the car have more or less stopped. But the story then got a lot more intriguing, the lady told me that out in the barn there was an old chest that her father-in-law had padlocked and stored away many years ago before she living on the farm. It turns out that the chest belonged to a farm worker who had died many years before when his car crashed into the stone wall of the bridge at Sligachan.

That story maybe didn’t give you a shiver, but her next story was far more chilling. This time the event had happened just a few years previously and it involved a good friend of hers who was a Policeman. They had been driving along a road on Skye when the policeman friend suddenly slammed on the brakes and jumped out of the car. The lady was confused about what was happening and assumed that they must have hit an animal. The friend returned to the car ashen faced and explained that he'd stopped the car as he thought he had just seen someone with serious injuries stood beside the road, however, there was no one there. Being a level headed policeman, he shrugged it off and carried on driving, but a few days later he attended a fatal road accident at the very same spot!

The next story is one of many that was told to me by a very dear old friend that I greatly miss. His name was Christian Davis and the time I spent with him has probably shaped me more than any other person outside of my immediate family. Christian lived on Loch Fyne and could have written several books filled with stories about the area. Christian drove buses, sold life insurance and seemed to have a few other jobs as well. One of his early jobs must have been driving the trucks that collected milk from the local dairy farms for he told a good story about a ghost that he saw whilst out very early in the morning.

I’m not sure that I can do justice to Christian’s storytelling abilities, so you'll need to try to picture the scene. It was one of those crisp Spring mornings when the sun was still low in the east. Christian was driving up through Kilmartin Glen which was still in shadows as the sun hadn’t risen enough to illuminate the valley. Out of the corner of his eye, Christian got a glint of something metallic reflecting the sun’s rays. He looked across to the tree lined ridge that leads up to Carnasserie Castle and there, riding through the trees was the distinct figure of a helmeted rider galloping up to the castle ruins. A few moments later the horse and rider simply vanished. I’ve visited many castle ruins, but there are only two where I’ve felt uneasy. One is Tantallon Castle, the other is Carnasserie. Perhaps my senses were primed by knowing Christian’s story, but I found that I couldn’t linger long in the cellar of this ruin. 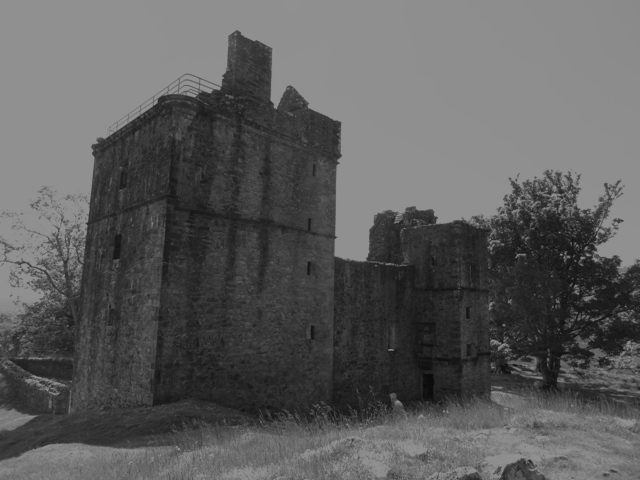 My last story is one that I heard long before we started Secret Scotland, but it was one of most spine chilling that I've known. At the time, I was dating a girl who lived up in the North West Highlands and we could only meet up at weekends. I used to finish work early on a Friday and often got to her place before she had finished work so I would wait for her at the bar in the local hotel. As a result, I got to know a few of the locals and enjoyed their banter. One of the characters was a long distance lorry driver and, like most people in his profession, he was a big fellow who didn’t look like he’d scare easily. I can’t recall his name so let’s just call him “Jim”.

One evening “Jim” was being teased by one of the other locals and it was clear that he was getting weary of the jibes. The other lad kept nagging “Jim” to tell his spooky story and Jim, realising he wasn’t going to get peace any other way, made the deal that he would tell the story once and once only. Everyone in the pub (about six of us) fell silent and all eyes were on Jim as he grimaced and took a long slow sup from his pint. Jim started to tell the story of how he had been driving down the A83 between Inveraray and Lochgilphead. It was dusk and Jim was just passing the municipal dump, which is a little before you arrive at Lochgilphead. Suddenly a figure stepped out from the road verge and seemed to pass under the wheels of the truck. A shocked Jim hauled up the vehicle as fast as he could and leapt out of his cabin to run back down the road expecting to see a body. There was nothing on the road. Jim winced at the thought of what he might find mangled under his wheels, but again he found no sign of any accident. Fearing the worst, Jim then went to the front of his truck thinking he’d find something gruesome caught on his bumper. Again there was nothing, but as the shock of the accident faded, Jim started to get a strange feeling that he was being watched. Standing motionless further down the road, he saw a black figure, at least six foot tall and wearing a hooded garment like a monk. This time, Jim didn’t hang around to investigate and jumped in his cabin to make a fast get away.

Of course, you may not believe in ghosts or the paranormal, and that’s your choice. But I believe that the world would be a much duller place if we didn’t open our minds to the possibility of things that we can’t explain.