"Scotland in Style on a Budget"

When we started Secret Scotland, back in 2005, we were touring the country on a shoe string budget. I had just quit my job and was living on my savings, whilst Aurelia was doing some part time work to keep a bit of money coming in. Every penny counted, so we had to stretch our savings as far as they would go. This often meant staying in the cheapest places we could find, so we became well acquainted with the pros and cons of staying in bunk house / hostel accommodation.

Fortunately, bunk house accommodation has improved greatly since the days when I went on school hiking trips to the Highlands. In those days hot showers were a rationed luxury, and if there was any hot water you can be sure that the teachers used it all up first. But there were worse privations. I recall one hostel where the only toilet was outside in a tin shack “lean-to” which the sheep used to use as a shelter. Each morning, you had to wrestle a couple of surly sheep out of the loo. It was character building, but not something that I’d wish to do today.

A relatively recent development in the accommodation market is the emergence of the “Boutique Bunkhouse”. These places are far removed from the Youth Hostels of old and offer a level of comfort that would make some B&B owners blush. One of the first places to raise the bar was the Corran Bunkhouse which stands on the shores of Loch Linnhe just next to the pier for the Ardgour Ferry. We’ve used this bunkhouse many times over the years as you really can’t argue with a price of £20 per person for a twin room with en suite shower, TV and fresh linen supplied. The kitchens (the bunkhouse is divided into two separate, but adjoining buildings) are well equipped, but when we stay here we always use it as an opportunity to dine at the Loch Leven Seafood café, which is about 8 miles away.

The pretty village of Ballater in Royal Deeside took a battering, quite literally, in 2016. At the start of that year, an unprecedented deluge caused the River Dee to burst its banks and flood around half of the premises in the village. One of the affected properties was the Ballater Hostel, but we’re very pleased to see that the owners have managed to get the business back up and running.

Ballater Hostel is really at the top end of the bunkhouse genre. If you go for one of the upmarket private rooms you get an en-suite shower, a separate WC (handy if you have a group of 4 sharing the room), an impressively large flat-screen TV and a Kingsize Bed. All this for £20 - £25 per person! There are other nice touches like hot water bottles and private safes in the rooms. The kitchen is in a large open plan lounge with large comfy sofas and a wood-burning stove for those colder winter nights. 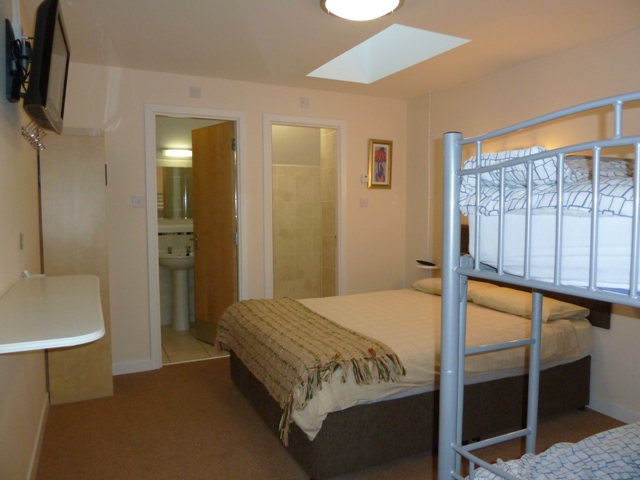 On the subject of bunkhouse lounges, the prize for the most stylish should arguably be awarded to the Cowshed Bunkhouse on Skye. This place just opened in 2015 and we happened to turn up on the opening night to be greeted with a glass of champagne and some smoked salmon vol-au-vents. Of course, regular guests don’t get treated to free champagne and snacks, but they do get to stay in a bunkhouse with a guest lounge that wouldn’t look out of place in a trendy wine bar. The owners are from London, so this maybe explains the chic metropolitan look with pastel shade sofas arranged around a central wood burning stove. I’m not sure how cool it will look after a few years of muddy booted hikers have chilled out on the light coloured sofas, but it certainly has a lot of style and all the facilities that you could ask for. Most of the rooms are dorms sleeping 6 in “built in” bunk beds that provide some degree of privacy thanks to curtains. 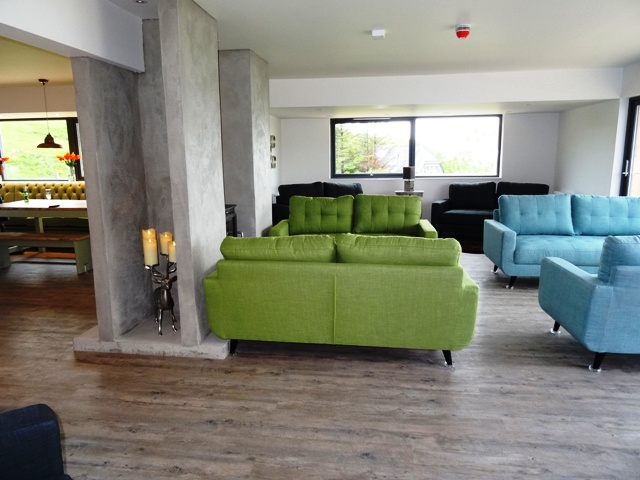 Our favourite Bunkhouse is at Craignure on Mull. The owners of this place have really put a lot of thought into the detail and it has lots of good features. For example, the bunk beds are custom-made so that the top bunks are just that little bit higher thus enabling the occupants of the lower bunk to sit upright without fear of clunking their heads. After all, there’s nothing worse than a claustrophobic bunk bed. The heating is all under floor, which means you don’t have to fight over who gets the bed next to the radiator and you can go to the toilet at night without the need to pull your boots on. And in recognition of the needs of the modern traveller, each bunk bed has its own USB ports built into a socket beside the bed. Although not as designer chic as the Cowshed, the Craignure Bunkhouse does have a very inviting lounge / dining room with sofas that you can slump into whilst watching the coming and going of the Oban ferry. Another important feature of the Craignure Bunkhouse is its proximity to the local pub, which is well within staggering distance. 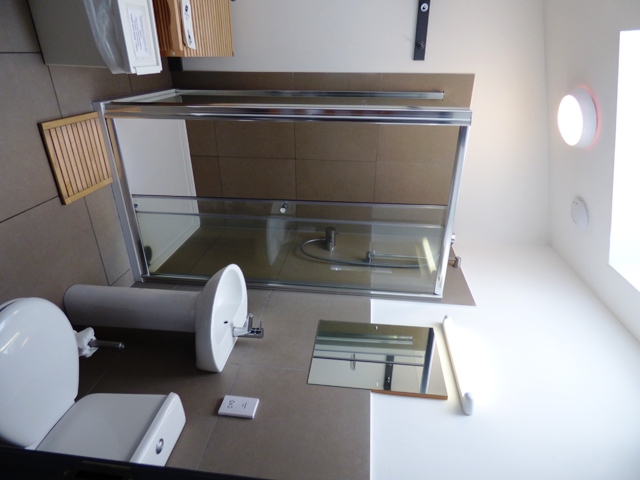