"How to Plan a Scotland Tour in Winter"

Thinking of coming to Scotland in Winter?

Here are some things you need to consider to make the most of a Winter break in Scotland.

The Weather and where to find (or avoid) Snow in Scotland 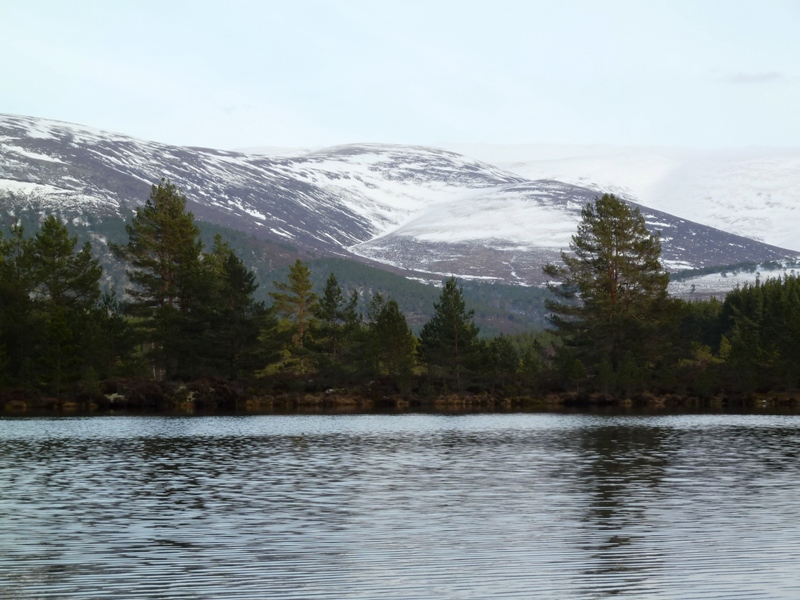 Obviously, we have to talk about the weather as this is going to determine a lot of what you do.

Despite what you might think, snow in Scotland in winter is by no means guaranteed. For sure the higher mountain tops will see some snow. But most areas of Scotland can go an entire winter and scarcely see even a dusting of snow.

So, if you're coming in search of snow where should you head?

Well, as a general rule, your best chances of finding snow are going to be around places that are inland and at altitude. This means the Cairngorms National Park is often your best bet.

Places like Tomintoul (the highest village in the Highlands), Braemar and Ballater (near Balmoral Castle) and the villages around Aviemore are where you should head for the best chances of a white Christmas in Scotland.

Whilst snow is by no means guaranteed, rain is. So you need to have a back up plan for wet days in Scotland.

And that leads us on to…

All-weather Places to Visit in Scotland in Winter 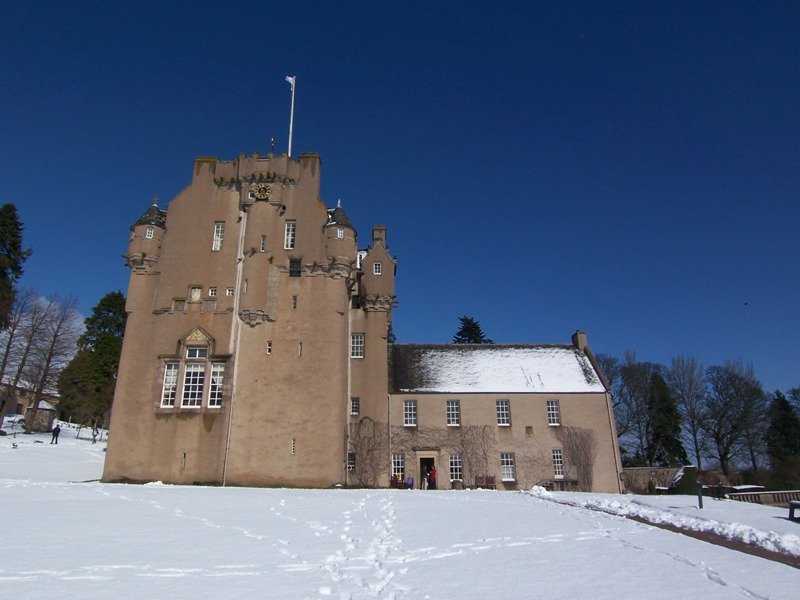 Scotland has a distinct “off season” when it comes to tourism and the off-season runs from the start of November until the end of March.

So if you are visiting Scotland between November and March, you need to pay extra attention to the opening times of tourist attractions.

This rule doesn’t apply quite so much in the big cities of Edinburgh, Glasgow, Dundee and Aberdeen. But in the smaller towns and rural areas, you will often find that the tourist attractions are closed or operating on reduced hours.

Whisky distilleries are one of the all-weather attractions that do tend to stay open all year (with the usual exceptions of Christmas / New Year holiday dates). Of course, distillery tours are all quite a lot alike so you do need to have some other all-weather alternatives for a winter holiday in Scotland.

Fortunately, there are some places outside of the cities that are open during most of the November to March period and we’ve indicated some of these in the Map below. Please note that this map doesn’t show all the places that are open in winter, we’ve just focused on places in rural areas which you can enjoy visiting even if it is raining.

As you would expect, the winter opening hours of these tourist attractions are reduced, so you do still need to check dates and times to avoid disappointments.

OK, so now you’ve got some idea of a few places that you can visit if the weather is wet, but how are you going to get around the country.

Travel in Scotland in Winter 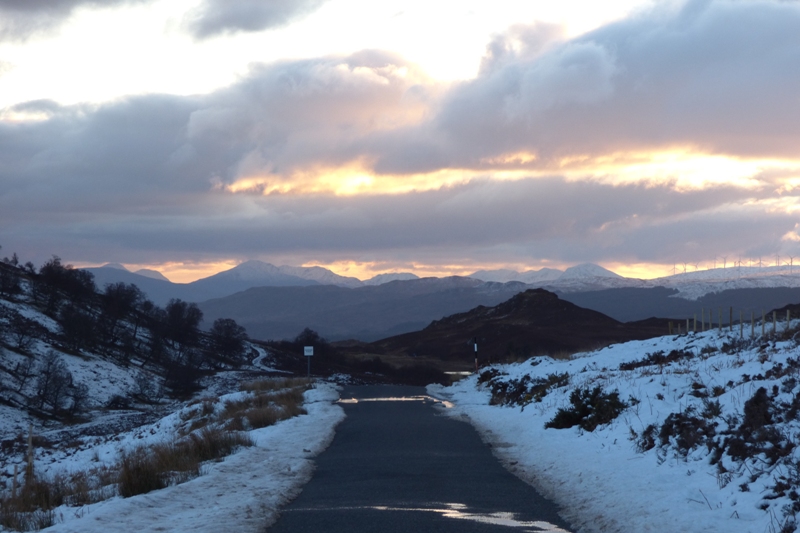 If you plan to tour the Scottish Highlands in winter, then you really want to do it by car.

Apart from the logistical issues of public transport in the Highlands, you might get hypothermia waiting for a bus in Scotland in January.

If travelling by car, there are some things you need to be aware of when planning your winter road trip in Scotland.

For instance, some roads are more likely than others to be closed by snowdrifts. So if travelling in the coldest months (e.g December - February), you’d be wise to omit certain high roads from your driving route:/p>

The Lecht Pass on the A939 from Cockbridge to Tomintoul - this is the second-highest road in Scotland and it crosses over the bleak windswept moorlands of the Cairngorms mountain plateau. It is notorious for being the road that most often suffers closures due to snowdrifts. It is also an alarmingly steep road in places and a real white knuckle ride when conditions are slippy.

The Cairnwell Pass on the A93 from Blairgowrie to Braemar - This is the route south from Braemar towards Perth and it is the highest road in Scotland. As a result, they built a ski centre near the summit of the road and they do try their best to keep this road open for skiers, but you’d still be wise to avoid this road if the forecast suggests snowdrifts.

As a general rule, if you stay on the west coast you can minimise the risk of having your holiday plans scuppered by snow closing roads. 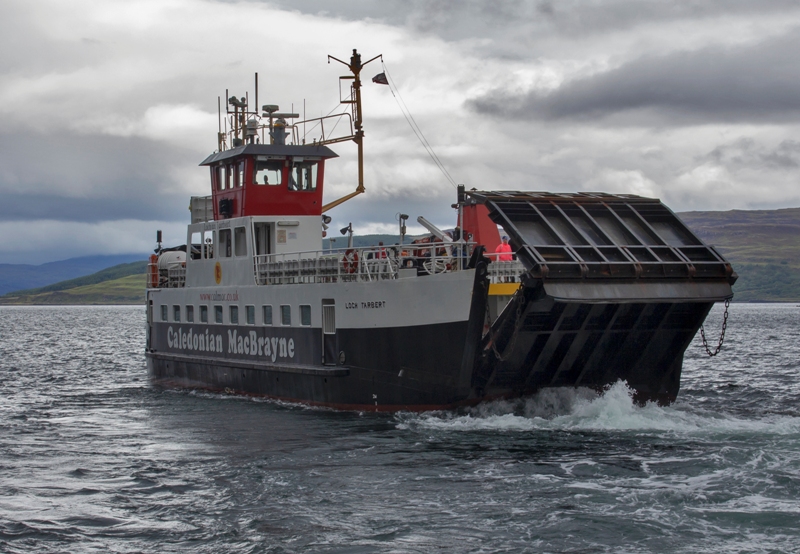 You aren’t likely to have snow issues in the Hebrides, but winter storms might disrupt the island ferry services.

For this reason, we’d always advise that you avoid booking a ferry crossing in winter on the same day that you are due to fly out.

Now please don’t get the impression that Scotland in winter is like some desolate windswept Tundra. It really isn’t that bad, but it’s always wise to plan for the worst-case scenario and then hope for the best.

You can get the latest reports on the status of all the Cal-Mac ferry services on the west coast by checking their website. 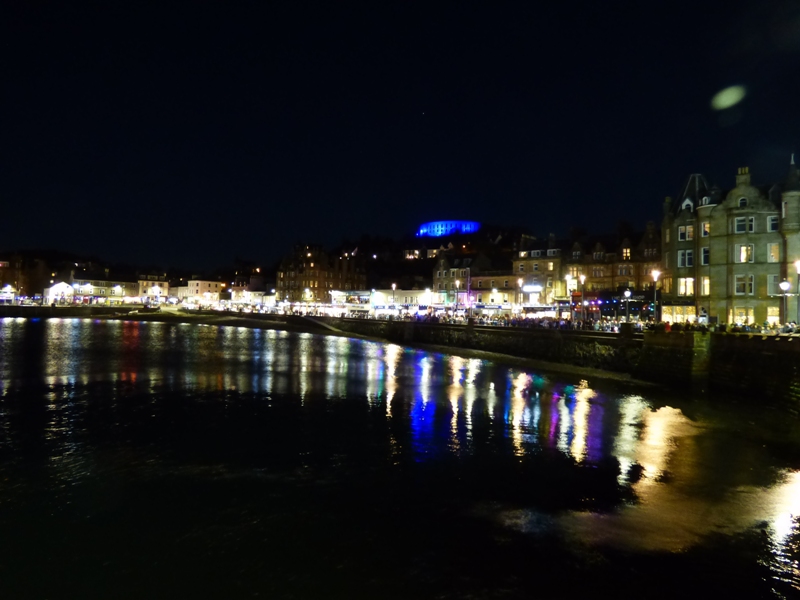 Given that sunset is about 4 pm from around the 20th of November until the 10th of February, it’s good to have some evening entertainment to liven up the long winter nights.

We’ve listed some winter festivals below that you might wish to work into your Winter break in Scotland:

Accommodation - Can you Wing it in Winter? 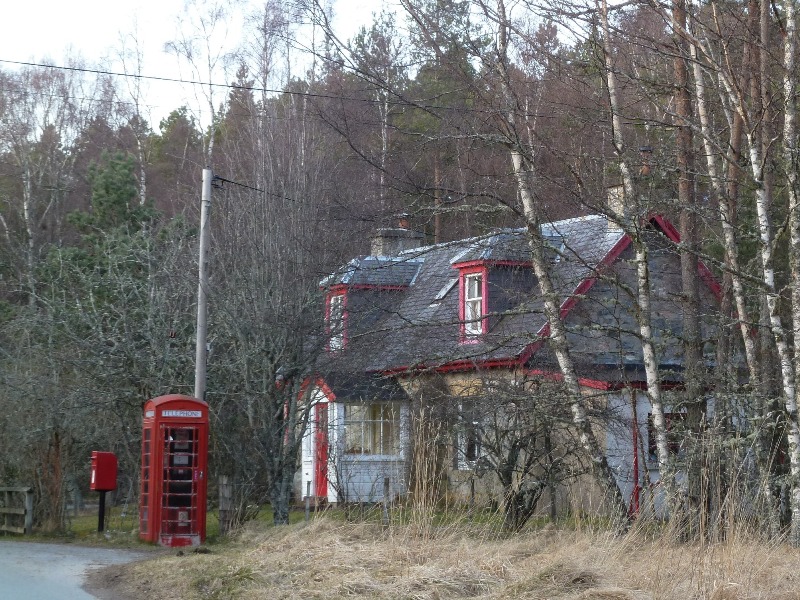 One of the advantages of travelling in the winter season is the fact that everything is less busy.

So can you plan a Scotland Winter itinerary without pre-booking accommodation?

The answer is, it depends!

If you are talking about travelling in December or January, then we wouldn’t suggest you risk heading into the Highlands without having your accommodation pre-booked.

The simple reason for this is that so many places close in winter as there just aren’t enough visitors to justify staying open.

That said, if you are staying in the larger Highland towns of Inverness, Pitlochry, Fort William and Oban, then you can "wing it" with your accommodation. These places have enough Hotel and B&B options that finding someone open is not really a gamble.

Of course, if you are visiting over the busy Christmas and New Year period you really should pre-book your accommodation regardless of where you are staying.

Alternatively, short let self-catering accommodation becomes a far more practical and cost-effective option in winter and owners will consider lets of 2 - 3 days in the off-season. But do note that self-catering rates are more expensive between Christmas and New Year as demand goes up in the festive season.

Over the Christmas / New Year holiday period there are only 2 days when the supermarkets shut and that is Christmas Day and New Year's Day. Smaller shops will most likely close for the 25th / 26th December and 1st / 2nd January, but it's business as usual in most cases.

In the weeks running up to Christmas, Edinburgh hosts a German-style "Weihnachtsmarkt" in the Prince's Street Gardens. It's a lively affair with lots of stalls selling Gluhweinn, Candles, Jewellery, leather goods, winter clothing and pretty stuff that you really don't need. 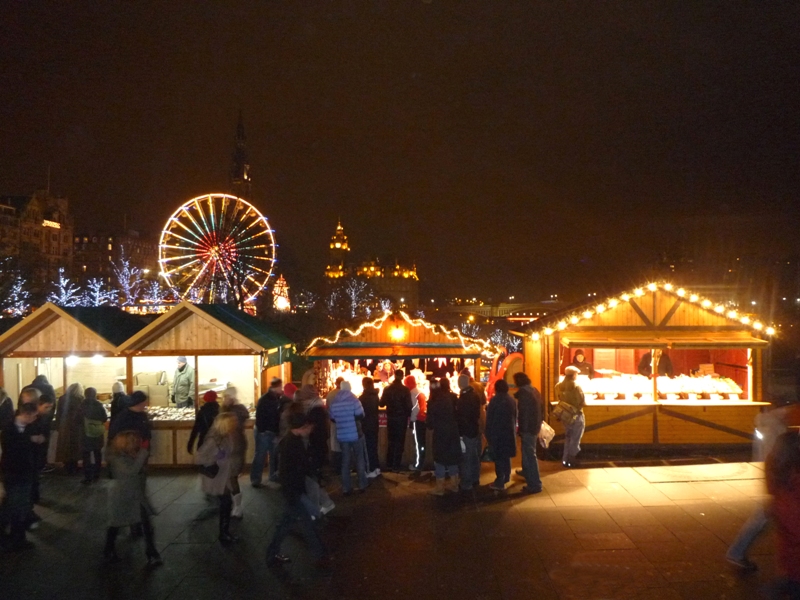 Petrol stations typically remain open all the time, but we wouldn't count on finding a petrol station open in the smaller villages on Christmas or New Year's day.

In the cities and towns, there will be some restaurants open on Christmas Day, but they typically only take pre-bookings for meals on Christmas Day so plan in advance for that.

To avoid the potential pit-falls of touring Scotland in winter, you ought to follow these 6 pieces of advice:

And if you want a Secret Scotland tour plan that will work well with a winter road trip, we suggest you look at these options: