If you follow this BLOG you’ll notice another gap in the monthly updates. This is simply a reflection of how busy we’ve been balancing the demands of updating the guides and coping with a 4 year old that has other ideas about what his Mum and Dad should be doing.

The subject for this month’s Blog has been prompted by some research that I was doing for our next trip to the Isle of Mull. Whilst flicking through the pages of an old book about walking routes on Mull, I came across the story of Port Bheathain which is also known as the “Bay of Thumbs” for a really nasty reason.

Many centuries ago, the MacLeans of Mull had a long running feud with the MacPhees of Colonsay (Colonsay is a smaller island ~11 miles south of Mull). The MacPhee’s were up to no good and had landed on the Ross of Mull to do some cattle stealing. The MacLeans rumbled the MacPhees and chased them back to the beach where they’d pulled their boats ashore. Unfortunately for the MacPhees, they’d pulled their boats too far up the beach and the tide was out so the MacLeans were able to capture them and exercise some retribution. The punishment for the MacPhees was the removal of their thumbs, thus making it nigh impossible (or at least very painful) for them to sail back to Colonsay. 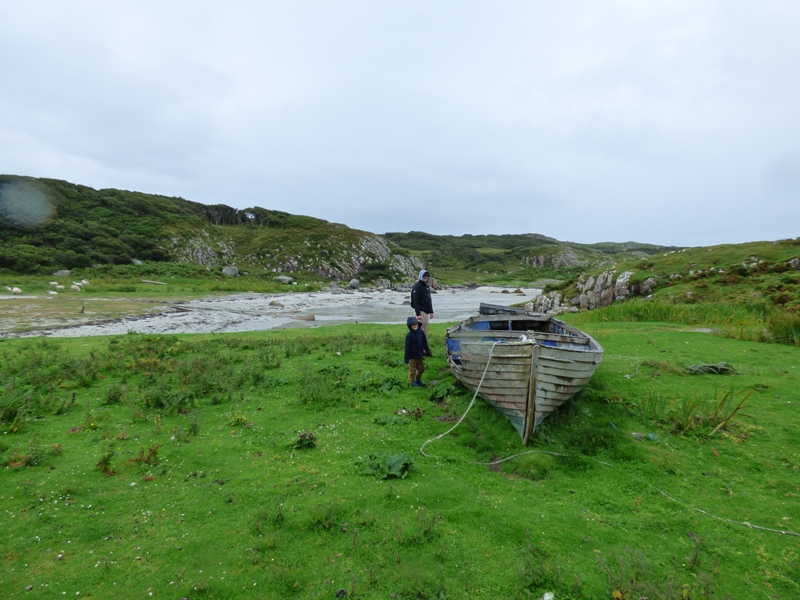 Of course, there are lots of other grim incidents of violence between different Clans and the MacLeod clan appears in quite a few of them. There appears to have been a particularly nasty feud between the MacLeods and the MacDonalds that spawned a chain of bloody events in the late 16th century. The first act in this chain of events is said to have happened on the Isle of Eigg when some MacDonald girls were raped by a few MacLeods (politer versions of the story say that the MacLeods just got a bit drunk and over friendly). The MacDonalds then castrated the culprits and set them adrift in their boat (again, the toned down version of the story has it that the boys were just bound and set adrift). In retaliation for this, a raiding party of MacLeods returned to Eigg where they found the MacDonalds hiding in a large cave. They then lit fires at the mouth of the cave and asphyxiated the 395 Macdonalds that were trapped in the cave.

But the story doesn’t end there…

About a year later, a large force of MacDonalds arrived on Skye with the aim of delivering revenge on the MacLeods. They timed their arrival so that they would capture the MacLeods at Sunday worship in the small church at Trumpan on the Waternish Peninsula of Skye (not far from the village of Stein). Trapping the unarmed MacLeods in the church, the MacDonalds then set fire to the building and, according to legend, a MacDonald piper played tunes whilst the MacLeods screamed in agony in the flames.

The story would have ended there, but one small MacLeod girl managed to escape unnoticed through a tiny slit window. She then ran to alert the rest of the MacLeods who caught the MacDonald’s as they struggled to re-launch their beached boats. The MacLeods (with the help of their famous “Fairy Flag”) overwhelmed the MacDonalds and all were slain. This particular incident is known as the “Battle of the Spoiled Dyke” as the bodies of the dead MacDonald’s were denied a Christian burial and were instead laid along the line of a stone dyke which was then pushed on top of their corpses as a makeshift grave.

One of the most bizarre cases of inter-Clan warfare happened in 1396. This time the rival Clans were the Chattan and the Kays. Their feud had been a long running saga and it must have become a bit of a problem for the running of the country as King Robert III decided to intervene. His solution was a bit unconventional and seems to have been inspired by Roman gladiators. He arranged that the arguments between the 2 clans would be settled by a mini battle involving a fight to the death by 30 men from each clan. The event was staged on the North Inch of Perth (which is now a peaceful parkland) and was watched by an audience of the King and his court. The two clans engaged in a battle that commenced with 3 shots from their crossbows and then launched into close quarter combat with axe and dagger. At the end of the day 11 Chattans survived and the last of the Kay men escaped by swimming the Tay.

I could go on with several more stories of Clan rivalry and skull duggery, but you don’t need to worry, we all get along with each other much better now.