We’re in the process of creating a new tour itinerary for exploring Islay. We thought we’d create it in a way that it might be tagged onto another itinerary in order to let the whisky lovers indulge their passion. However, a visit to Islay can be so much more than just a series of distillery tours. Let us tell you more.

For sure, Islay is a paradise for whisky fans. They make so much of the stuff on the island that it is said that the duty levied on Islay whisky makes the tax revenue per islander the highest per capita rate in the whole of the British Isles. It’s certainly a claim that would seem very credible. The population of the island is ~3,500, they produce 25 million litres of whisky a year and the Government in London gets 77% of the value of every bottle sold in the UK… thieving parcel of rogues that they are!

For those that aren’t whisky fans, we maybe need to explain something of Islay's whisky heritage. The island has 7 large distilleries:

One small artisan operation which is really like a farmhouse industry:

And one retired distillery, Port Ellen, which now operates as the Malting and barley storage plant for the other distilleries on the island. Islay produces so much whisky now that the island’s farmers would never be able to produce enough barley to keep up with demand.

Islay whiskies are instantly recognisable by their strong peaty flavour. This characteristic developed from necessity as the island has an abundance of peat moors, but is not a good place for growing trees. Consequently, peat was the obvious fuel for drying out the barley after the malting process and the peat smoke infuses the barley with the wonderfully rich layers of flavour that make Islay malts so special. Of course, not everyone appreciates the almost medicinal flavour that this can create in Islay malts, but the degree of peatiness varies from distillery to distillery and the distillers also experiment with the flavour intensity so you can have lots of fun finding the right balance for you.

The best time to do your whisky tasting experiments is undoubtedly during the Islay Malt Whisky festival which is an annual fixture held in the last week of May. If you want to attend this festival, you’ll need to get accommodation booked well in advance as the whisky aficionados descend on the island for a whole week and most of the big name whisky “experts” will be their strutting their stuff and pontificating about which whisky is the best. The beauty of the Islay Whisky festival is that each distillery has an open day during the week and during these open days you get special warehouse tours, exclusive tastings, a bit of music and at least one ceilidh hosted by a distillery. If you can, try to get a cottage booked for the whole week as you can then cherry pick which distilleries to visit and can mix the whisky experiences with some sightseeing. You’ll also find that after a week, you’ll start to see the same faces over and over at the distilleries and you’ll have made some new friends by the end of your holiday.

Another valuable tip, and one that we became quite expert at, is timing your visit to the distillery towards the end of the day when they are tidying up. If you do this, you will find that they have lots of partially drunk bottles of whisky sitting in the bar and the staff are often quite happy to let you just take one of them home as it is one less thing for them to tidy away. On my last visit to the Islay whisky festival, we had so much free whisky in the car that it began to be a storage problem. 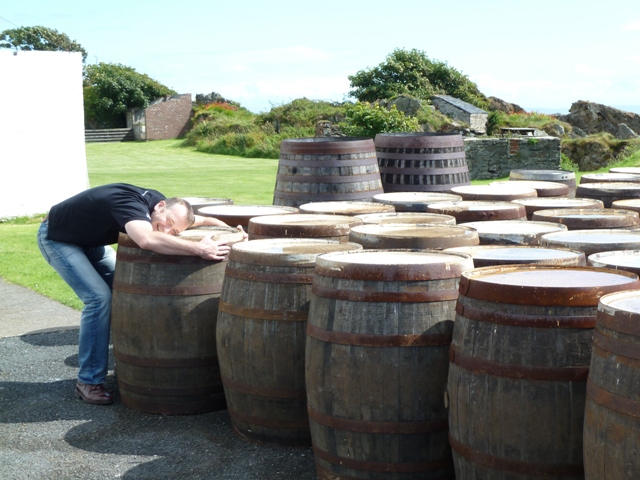 But enough of the whisky as Islay is so much more. One of the things that we have always liked about Islay is the fact that it is that bit harder to get to so the island has not been “colonised” by “off island” folk to the same extent that more accessible islands like Skye, Mull and Arran have. Islay folk seem to retain a more distinct sense of their own identity and island culture. You’ll hear older folk speaking Gaelic between themselves and it isn’t just a show for the tourists.

The islanders have maybe also inherited a certain independent spirit from their forefathers as Islay was once the home of a powerful dynasty that challenged the authority of the Scottish Monarchy. Finlaggan, in the centre of Islay, was the capital of the MacDonald controlled “Lordship of the Isles”, a kingdom that covered the whole west coast of Scotland during its peak. The Finlaggan that you visit today is just a few ruined buildings, many of which are only recognizable by the outline of their foundations. The place is still worth a visit though, as the site is well illustrated with information boards, and there is something quite mysterious and intriguing about the place. There are also rumours that Finlaggan might be the hiding place of the real “Stone of Destiny”.

On the subject of mystery and legends, in the graveyard of Kilchoman Church, near to the beach at Machir Bay, you will find several interesting old gravestones, but most intriguing of all is the Celtic cross that stands behind the church. At the foot of the cross there are 4 hollows and one of these hollows has been worn extra deep by a “wishing stone” that pregnant mothers would turn to wish for a boy or a girl baby. The tradition continues to this day and you should find that the other 3 hollows contains offering of coins. The cross was erected in the 14th century by the first “Lord of the Isles” and it is a memorial to his wife. 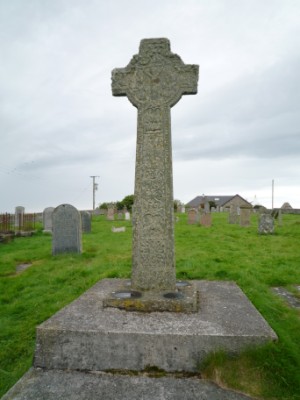 The most famous Celtic cross on Islay is a beautiful example that can be found at Kildalton Chapel in the south east corner of Islay, not too far from Ardbeg distillery. The Kildalton Cross is noteworthy because it is the only complete Celtic High Cross in Scotland and dates from around 800 A.D. Excavations at the foot of the cross discovered human remains that displayed evidence of a violent end, but the erection of the cross is not believed to be related to the burial of this body. 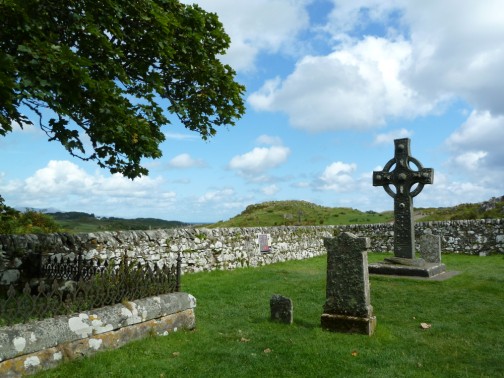 Islay also has another type of spirit, for there is something quite haunting about the island and it has some tragic history that lingers in the atmosphere of its lonely windswept beaches. The island is graced with some truly stunning stretches of coastline. To the south of Bowmore, there is a magnificent uninterrupted 5 mile sweep of sandy bay called “The Strand”. Behind this beach lie marram grass covered sand dunes which make the perfect setting for Machrie Golf Course. If this golf course was on the Scottish mainland, it would surely be a venue for the Open Championship. But for atmosphere, we rate Saligo and Machir Bay as our favourites. These beaches are exposed to the full force of the North Atlantic and it can be mesmerising to watch the breakers pounding the rocks that box in these two bays of immaculate silvery sand. Near these beaches is a very moving little cemetery of war graves for the American servicemen who perished here in 1918 when the ship troopship HMS Otranto collided with another vessel and sank with the loss of more than 400 lives. There are about 70 gravestones at the cemetery as bodies of the American servicemen were exhumed and repatriated in 1920. There is also a war memorial on the Oa in the island’s south west corner. This memorial commemorates the American servicemen who perished on the HMS Tuscania when it was torpedoed in 1918. 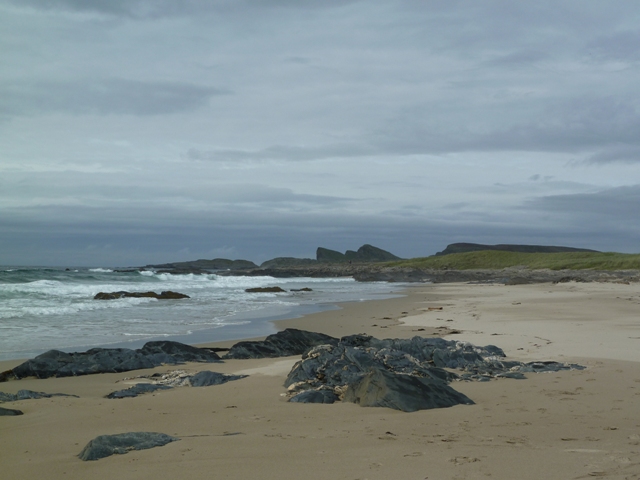 On a brighter note, Islay is also home to a good range of craft industries. If you can’t take home a bottle of whisky as a holiday gift, you will find alternatives such as a tartan throw made by the same people as made the kilts for the movie “Braveheart”, or maybe you’d prefer something smaller like a bar of whisky scented soap (who could resist smelling like that!). There are also thriving potteries and a micro brewery on the island.

SO you see, there’s a lot more to Islay than just whisky. And we haven’t even mentioned the Isle of Jura next door, but that’s something for another Blog perhaps!