"Our 3 Favourite Gardens in Scotland"

If you follow this Blog, then we apologise for the lack of anything new to read since February. It’s not that we haven’t been busy, it’s just that we’ve a new version of the website in the making and we put off posting any new blogs until the new site went live. Our web developer keeps telling us it will be ready next week, but he’s been telling us that since the second week of April. Does anyone out there know of a web developer that actually delivers on time? If so, we’d like their contact details.

Putting those issues aside… Summer is here in that sort of on and off way that it does in Scotland. Apparently, we had the warmest Spring on record. It also felt pretty “moist”, but the benefit of all this warm (and wet) weather has been some great displays in the Botanic Gardens. So that is going to be my subject for this Blog. I don’t make any claims to being an expert on Botany or Horticulture, but these are my 3 favourite gardens in Scotland. I hasten to add that this is just my selection and I really don't know much about gardening or plants.

Arduaine Gardens – If you don’t know it, you’d never guess the correct local pronunciation of Arduaine, which should be phonetically written like “Ard-doonie”. Most places names in the Scottish Highlands are anglicised versions of Gaelic names and they lose a bit in the translation. Arduaine being one of the more pronounced (excuse the pun) examples.

It is claimed that something flowers in Arduaine Gardens every day of the year. Given the very sheltered location of the garden, we expect this is probably true. Located a few miles south of Oban on the Atlantic Coast, Arduaine nestles into a wooded hillside with a southerly aspect and the warming waters of the Gulfstream helping to maintain a very mild climate all year round.

Founded in 1898, it isn’t a large garden, but it is a warren of small paths that zig-zag back and forth on the steeply wooded slopes that surround the gardens more formal lawns and floral beds. One of my favourite gardens and especially lovely in May when there is a heady scent from the Honeysuckle shrubs. 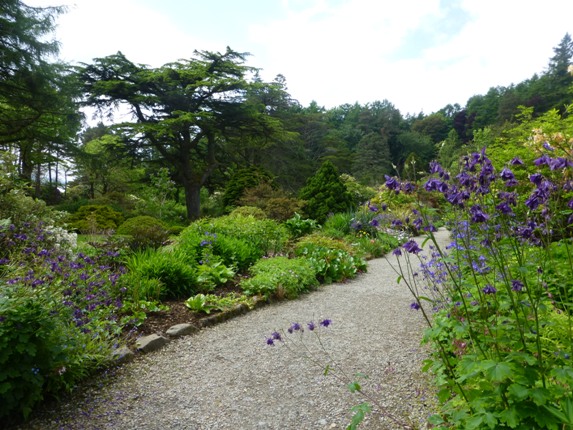 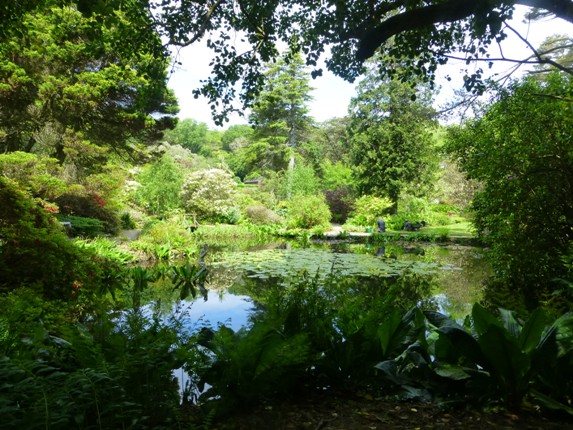 Crarae Gardens – This one sounds more like it is written “Krah-ray”… easy! Not too far from Arduaine as the crow flies, but located on the shores of Loch Fyne facing to the east. Crarae’s situation is a bit different from Arduaine in that it is narrow and long where as Arduaine is shaped a bit more like an amphitheatre around its central lawn.

Crarae was designed to mimic a Himalayan ravine and so it primarily features Rhododendrons. Like Arduaine, it is best visited in May when you can enjoy the clusters of red, orange, purple and white flowering shrubs. Crarae is also the site of a Neolithic burial chamber which has been incorporated into the landscaping of the garden.

If you have time, you can follow a path that climbs up through the ravine, criss-crossing several little bridges over the stream that forms a central feature of the garden, to reach an elevated viewpoint over Loch Fyne. Fortunately, the garden is well provided with information boards to help the less green-fingered visitors with plant identification. 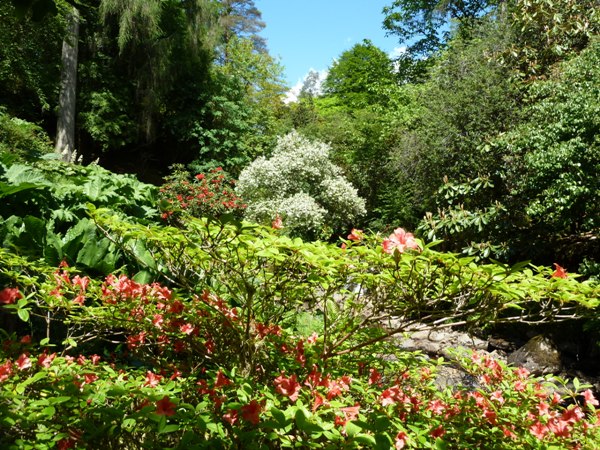 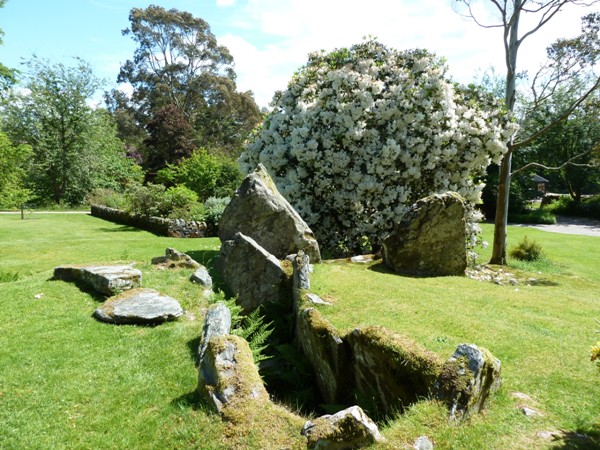 Inverewe Gardens – Probably the most famous gardens in Scotland and notable for the wide variety of species that the y manage to grow despite being situated on the same latitude as the southern shores of Greenland. Amazingly, the garden started out in 1862 as a barren site of peat and rock with two hardy willows being the only trees growing on it. A very determined Osgood MacKenzie (why is nobody naming their child “Osgood” anymore?) then set about cultivating the site using seaweed for fertiliser and fences to shelter the struggling seedlings. No doubt many thought he was a bit eccentric to even try, but his efforts and experimentation have resulted in an amazingly varied collection of over 2500 species of plants thriving in 50 acres of mature woodland.

Whilst working with the NTS, I actually had to help with cutting back the rhododendrons at Inverewe as they have now taken over so prolifically that they are strangling the growth of indigenous species. If you’ve visited North West Scotland in September, you might find it hard to believe that the work got so hot that we had to take regular dips in the sea too cool down. 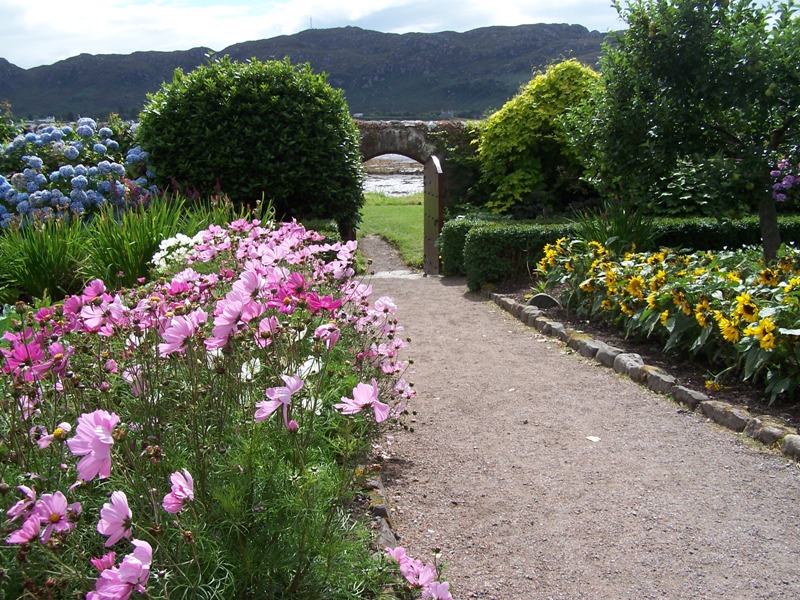 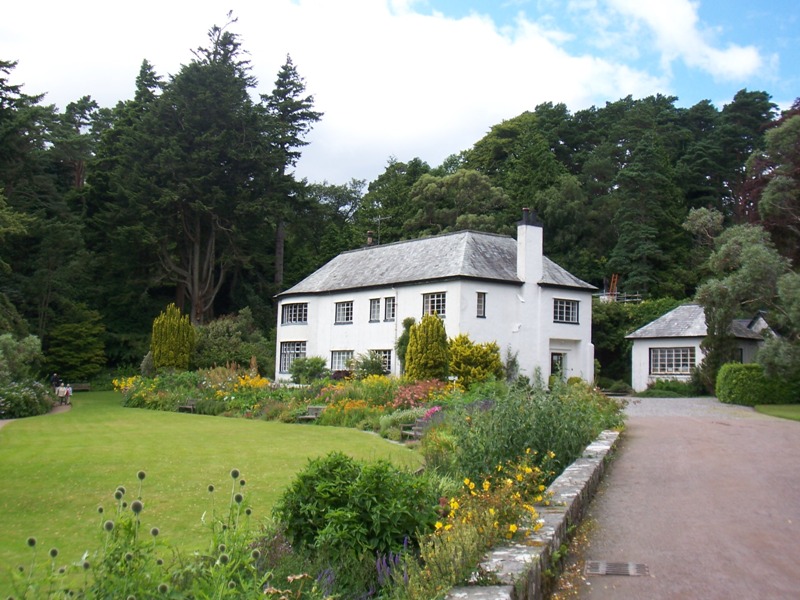