February is not a great time for visiting Scotland, but who knows, you might be coming here for a Valentine break. If so you might like to visit some places in Scotland with Romantic tales. We would have liked to recount some happier stories with a romantic theme, but it seems that young lovers are generally doomed to bad luck in Scotland.

Traquair House just looks like the perfect setting for a romantic period drama and the house certainly has some stories that would make for a good film. The most intriguing story is that of the “Bear Gates” which have remained closed and padlocked for more than 250 years. There are actually two stories about why the gates have never been re-opened. The more famous account attributes the closure of the gates to a visit by Bonnie Prince Charlie on his march south to London in 1745. After the Prince left Traquair, the Jacobite supporting Earl of Traquair closed the gates with the condition they would not be re-opened until a Stuart Monarch sat on the Throne. The other, and more romantic, version has the gates being closed in 1796 after the death of the Earl’s wife. The Earl refusing to open the gates until he found a love to replace his dead wife. 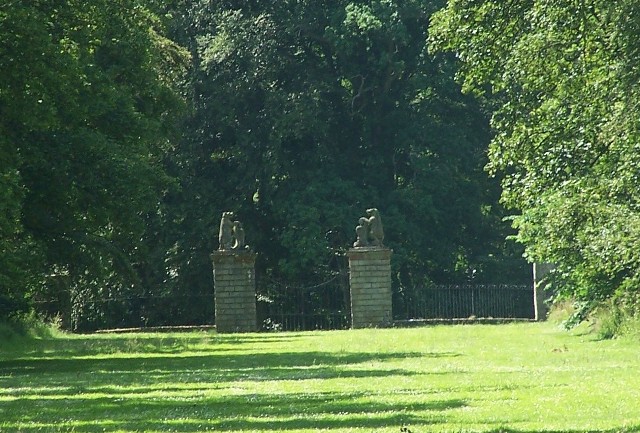 A Test of True Love:

On the west coast of Scotland, in the narrow stretch of sea between the Isle of Jura and Scarba, there is a submarine mountain that causes violent whirlpools when the tides surge past its submerged peak. The whirlpool has a starring role in the romantic 1940’s movie “I know where I’m going”, but this place is the setting of a much older story of ill fated love. According to legend, a Viking Prince called Breacan fell in love with the daughter of the Lord of the Isles and asked her father for her hand in marriage. The Lord of the Isles did not favour this marriage so he set a challenge that he thought the Viking Prince would not accept. The challenge required Breacan to prove his skills as a sailor by mooring his boat in the whirlpool for 3 nights. Breacan sought advice from his father on how to complete this task so his father told him that he would need 3 ropes: one made of hemp, one of wool and one of Maiden’s Hair. The father hoped the last rope would prove impossible to make so his son would abandon the challenge. However, Breacan managed to get the ropes made and moored his boat in the whirlpool. On the first night the rope of wool broke, on the second the rope of hemp broke and then on the last night Breacan perished in the whirlpool when the last rope of Maiden’s hair broke, despite the claims of its incredible strength. Apparently one of the “Maidens” was not as pure as she had claimed to be!

Caught in the Act:

Huntingtower is an often overlooked castle near Perth, but is very well preserved, has lots of interesting features and is also very good value for its admission fee. The castle actually consists of two, now joined, tower houses that were originally built with a gap of 10 feet between them. This gap is the source of a good story with a sort of romantic twist. Local folklore has it that “Dorothea”, daughter of the Lord of the house, had sneaked across to join her boyfriend in his room in the other tower. Now we don’t know what they were getting up to in that room, but it must have been something naughty because Dorothea was so worried about getting caught with her boyfriend that she leapt the gap between the parapets of the towers. We’ve had a look and we reckon it would be possible, if not advisable. 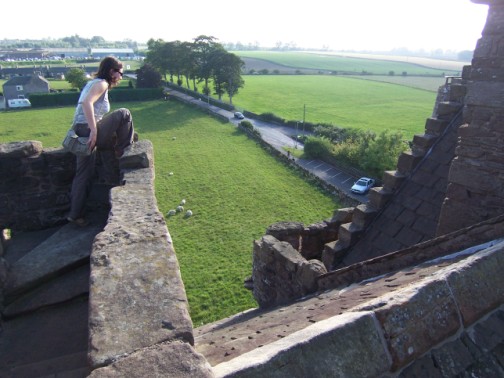 A Scottish Romeo and Juliet:

In the middle of Loch Maree there is a small island that has a curious legend associated with the graves of two people that were buried with their tombstones facing each other. Legend has it that they were a Viking Prince and Princess who lived on the Isle of Maree. The Prince would embark on expeditions in his longboat (as Vikings do) and his Princess would greet his return with a White flag if all was well and a Black Flag if there had been a death during his voyages. On one occasion the Princess decided to test how upset her Prince would be if she died, so she hoisted a black flag and pretended to be dead on the return of the Prince’s longboat. On seeing the black flag and the inert body of his lover, the Prince killed himself and the Princess followed suit in grief at the consequences of her actions. It is said that the 2 graves on the island are those of the Prince and Princess.You can visit the island if you ask the manager at Loch Maree Hotel about a boat trip.