Not much travelling done this month due to a mixture of uninviting weather and the fact that I started to do some servicing on the SSRV ("Secret Scotland Research Vehicle"), but then got too busy doing other stuff to finish the job. So I’m going to write about something of which there are quite a few good examples in Scotland… old buildings that just won’t fall down.

The idea to write this Blog started with a visit to Lunan Bay which is a 3 mile expanse of sandy bay on the east coast between Arbroath and Montrose. It’s one of the few places where you can still see Stake Nets erected on the beach for the purpose of salmon fishing. Overlooking the bay are the ruins of Red Castle. A structure has stood here since the 13th century, but the intriguing bit is the tower that was added in the 1400’s. What makes the tower curious is that there is an upper section of wall that projects about 9-10 feet outwards with nothing to support it other than some very tenacious mortar. The building is in an imminent state of collapse so get along soon if you want to see it before it becomes a pile of rubble. 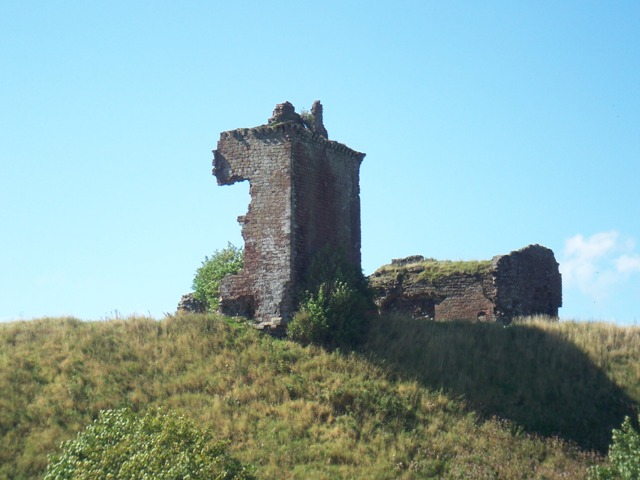 This drone footage gives you a good idea of what to expect.

The Packhorse Bridge at Carrbridge is a more famous example of a structure that has stubbornly held together despite the ravages of time. The bridge has been reduced to little more than a “skeleton” of its former self, but the remaining slither of elegant archway is a great testimony to the skills of John Nicclesone who built this bridge in 1717 for the handsome sum of £100. It is impressive that the bridge still stands at all as it was around during the “Muckle Spate” of 1829 which washed away almost every bridge in this region. It was the same spate that washed away the ramparts of the bridge to leave it in the state you see today. You can’t cross the bridge nowadays and we’re not sure that you’d want to try as it would be quite a long fall if the arch collapsed. 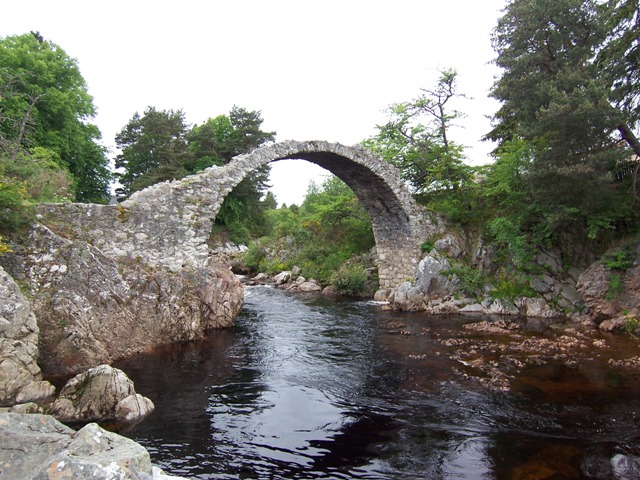 There is a lesser known Packhorse Bridge that sits astride the Water of Trool a few miles to the north of Newton Stewart in the Galloway Forest. This bridge is known locally as the “Roman Bridge”, but the origins of that name are uncertain. This bridge could not have been built as part of some Roman expedition north of Hadrian’s Wall as it is of far more recent construction. Instead, it is though that that name comes from a time when Romany Gypsies might have made a habit of setting up camp beside this bridge. The walk to the “Roman Bridge” is one of our favourite winter outings as we usually have the place all to ourselves and we can warm up after the walk with a steak pie in the nearby “House o’ Hill” restaurant. 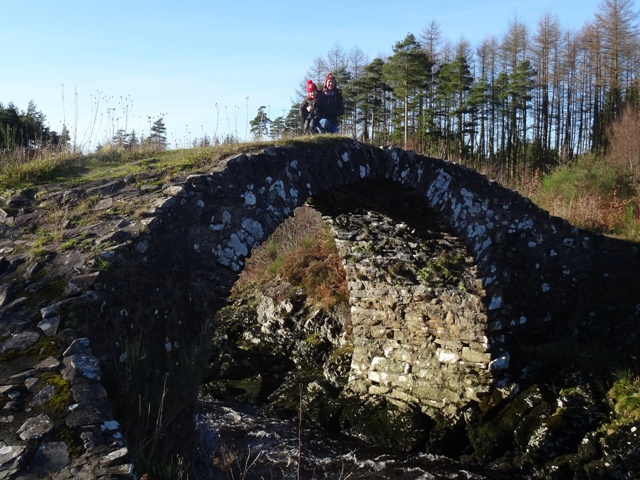 Moving from the South West to the North East, Duffus Castle hasn’t survived quite so well. This castle has its origins back in the 1100’s when it would have been a wooden fortress built on top of a man made mound, or “Motte” to give it the correct Medieval terminology. As the Moray family’s wealth and power grew in the 1300’s, they needed a more formidable structure. This led to the construction of a stone castle on top of the earthwork mound. This is when things probably started to go wrong as the heavier stone structure caused the earthworks to subside and large chunks of the castle broke away and started to slide down the hill towards the moat. It is still an impressively large structure that dominates a largely flat landscape of farmland, but there are ominous cracks in most of the walls and some sections sit at jaunty angles several feet from where they were originally built. 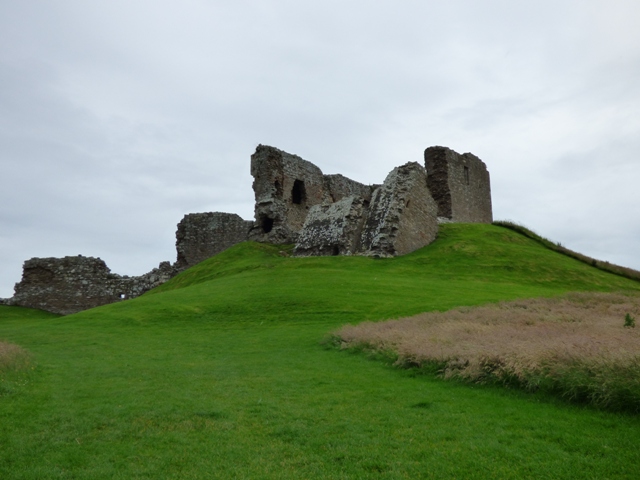 The section of the castle that has made the most dramatic departure is also where you find the castle latrines. I have images of Lord Duffus sat on his “throne” reading his copy of the “Duffus Daily” and then suddenly finding himself grabbing for the toilet roll holder to steady himself as his private apartments slither down the side of the hill. 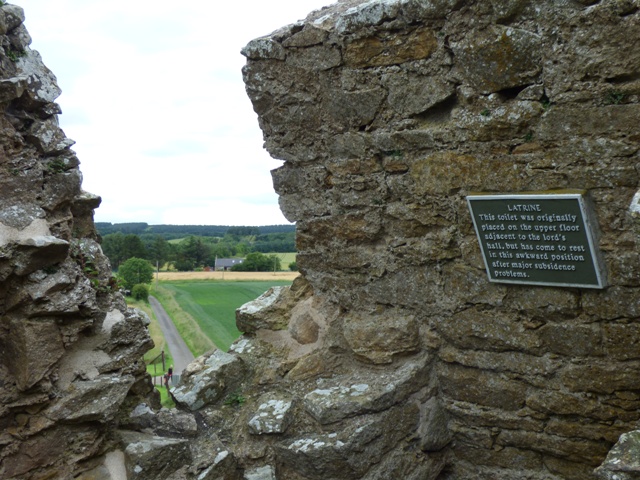