"Things to do in Cromarty"

If asked to name the prettiest villages in , Cromarty would certainly be high on our list. Tucked away at the eastern tip of the Black Isle, it is off the mainstream tourist trail and is all the better for this. Your average first time visitor to Scotland will drive straight up the A9 from Edinburgh to Inverness, turn left to head along the A82 to look at Loch Ness and so completely miss the charm of the Black Isle. 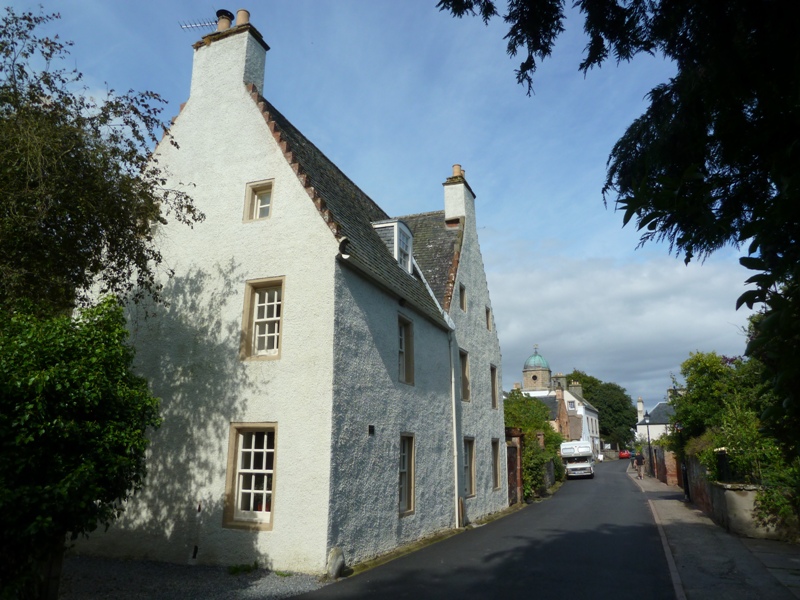 The obvious appeal of Cromarty is its narrow winding side streets lined with cute little fishermen’s cottages that often have colourful flower displays. It is generally regarded as the best preserved example of an 18th century town in .  There is certainly a lot of tangible history in this town and there are lots of interesting features to be discovered... if you have a Secret Scotland guide! 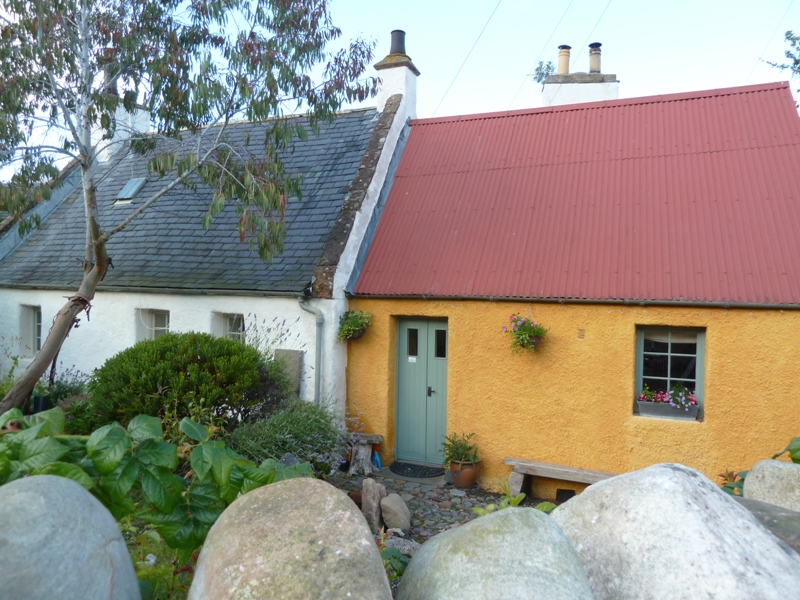 Wandering the streets of 21st century Cromarty, you would never realise that this community of ~700 inhabitants was once a thriving hub of industry and commerce. There are some clues to its more prosperous past and you can find some very grand townhouses amongst the more humble fishermen’s cottages. An interesting story links two of these houses, Bellevue and St Anns. These are both located on Church Street and belonged to two brothers who were wealthy merchants, possibly entrepreneurs in the town’s prosperous 19th century trade in Herring (we don’t know the details). 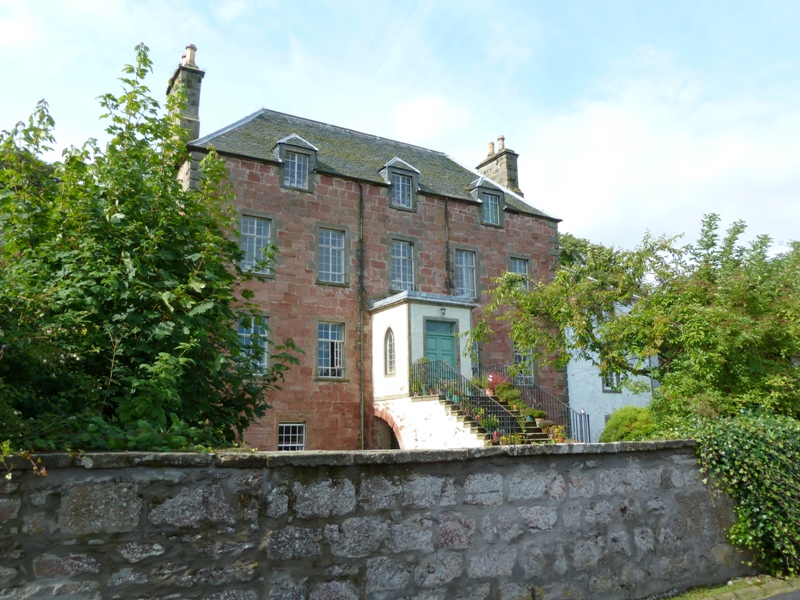 The first house that was built was the rather French looking Bellevue (picture above). This brother greatly annoyed his sibling by also marrying the girl that he had his heart set on.

To get his own back, the other brother then built the surprisingly tall St Anns on the other side of Church Street in a position that would block his brother’s views of the Sutors of Cromarty. The Sutors is the name given to the 2 high promontories that shelter the entrance to the Cromarty Firth. 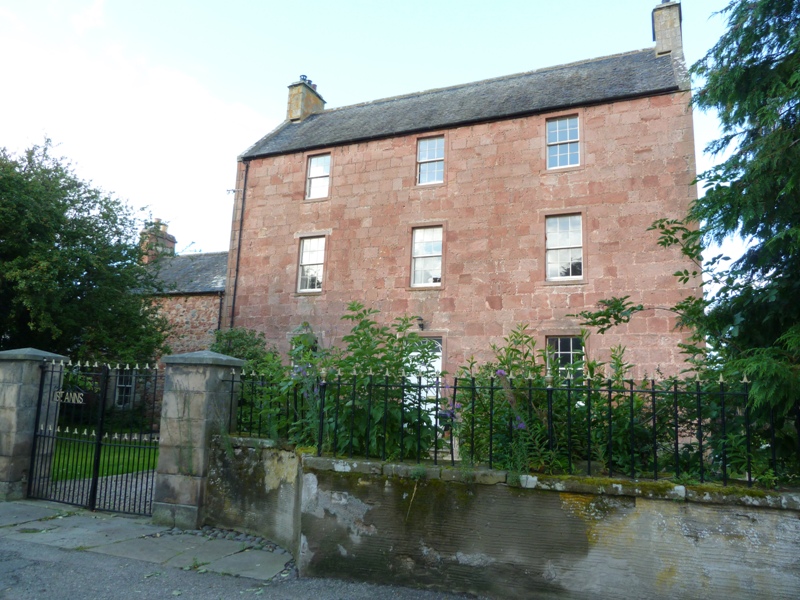 Also on Church Street is the very photogenic thatched house that was home to Hugh Miller. 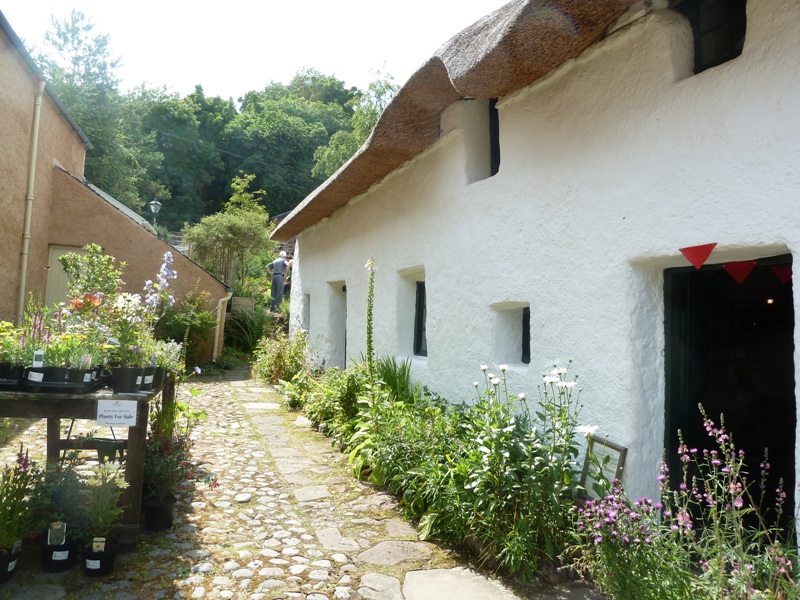 Now you probably aren’t familiar with the name of Hugh Miller, but he was one of the founding fathers of modern Geology. Like so many of Scotland's great men, he started from humble beginnings and his first trade was that of a stonemason. It was probably during this first profession that he started to be intrigued by fossils and thus grew his interest in Geology. Hugh rose to be a respected intellectual, but sadly suffered from depression and took his own life in his early fifties. The house is a museum that is preserved to be as close to the state that Hugh would have known during his life. 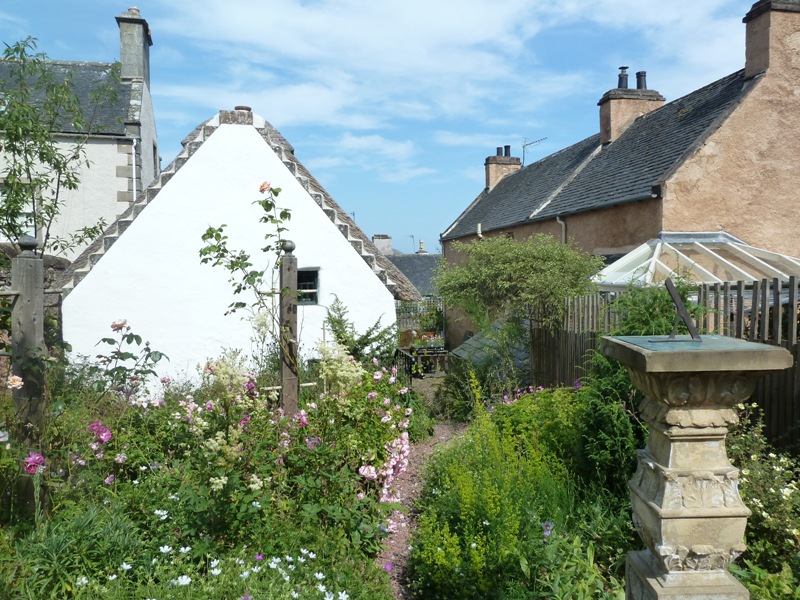 The National Trust for Scotland own Hugh Miller's cottage and some of the other important historical buildings in the village. Just next door to Hugh Miller's cottage is the 18th century Paye House, which was once home to the keeper of the local jail. It is now available as a holiday home and has all the modern conveniences so don't worry about boiling water to have a bath. 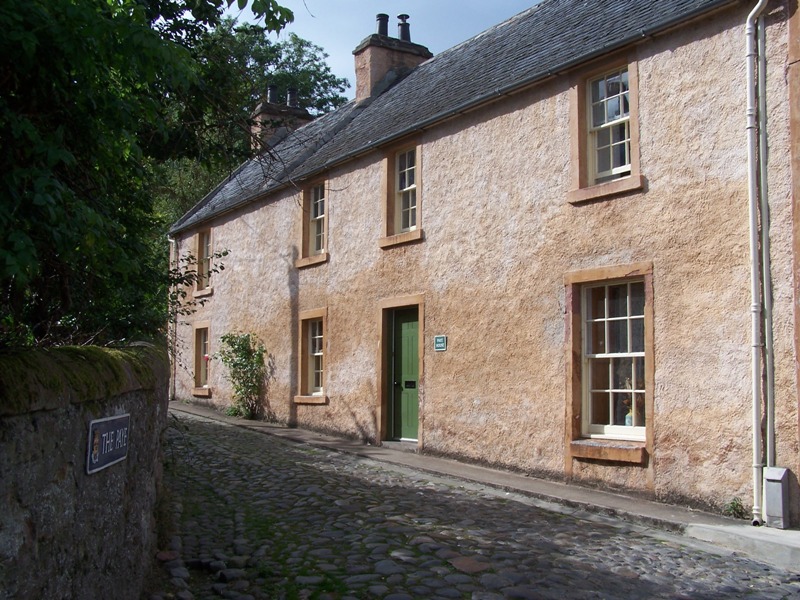 At the east end of Church Street you find the … no surprises there then. Well actually, yes, because this is one of the best-preserved examples of the austere style of Presbyterian churches that emerged after ’s 16th century religious reformation. The interior has quirky little features such as reserved pews for the wealthier families. Some of these pews still have painted panels that display family coats of arms, or at least that’s what they look like. 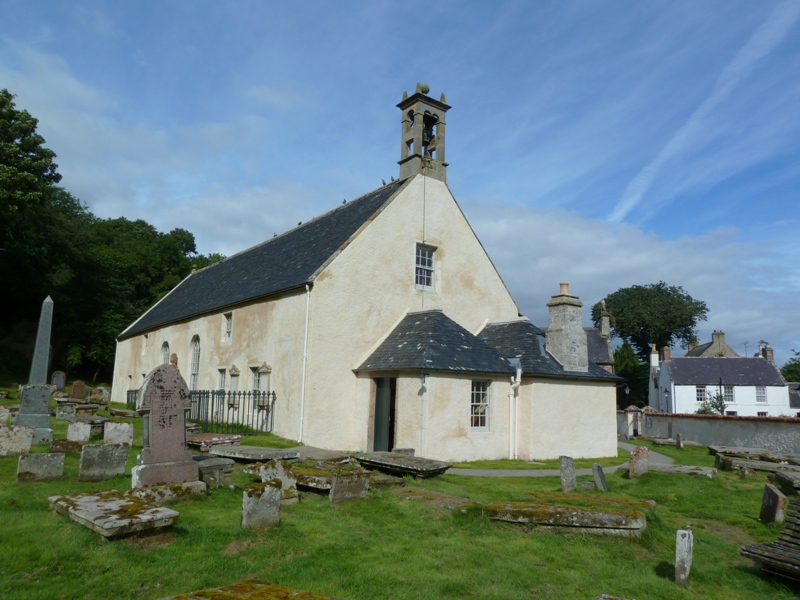 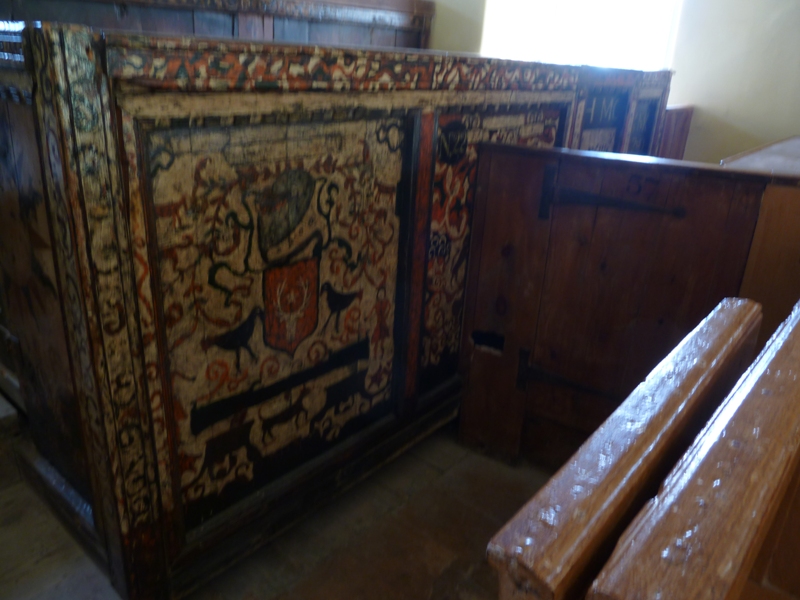 The graveyard of this church is also worth exploring as it has some interesting gravestones. Several of the tombstones have been displaced at jaunty angles and it looks like Michael Jackson might suddenly jump out with some funky dancing zombies in support.

Something curious to note at the graveyard is the Gravestone that stands outside the graveyard wall. There is a great story behind this and it goes like this. Long ago there were two crofters, Sandy and Donald, who farmed adjacent plots of land. The boundary of their land was marked by two large boulders and each winter, just before the fields were ploughed for sowing,  Sandy or Donald would get up early to shift the boulders one way or the other so that they could claim a few more yards of each others field. This practice continued for several years, but the year that Sandy died was also a year when Sandy had claimed a larger share of the field. Donald, out of respect for the family of his deceased neighbour, left the boulder where it was. But Donald was a religious man and had been taught that one day the trumpets would sound and the dead would rise from their graves. So, according to the old story, he requested to be buried outside the graveyard wall to give himself a head start over Sandy on the sprint to the field to move the boulders.

However, there is another interesting graveyard hidden away in Cromarty. If you have half an hour to spare, you should walk up the hill, past the bowling club, and then look on your left for the grassy path that leads up to the "Pirates’ Graveyard". It isn’t signposted, but you’ll know when you are getting near as the path is just opposite the servants’ tunnel (now disused) that leads up to the secluded Cromarty House (see picture below). By the way, take care when walking past the tunnel entrance as there are lots of ghost stories connected to the castle that once stood near the site of Cromarty House. 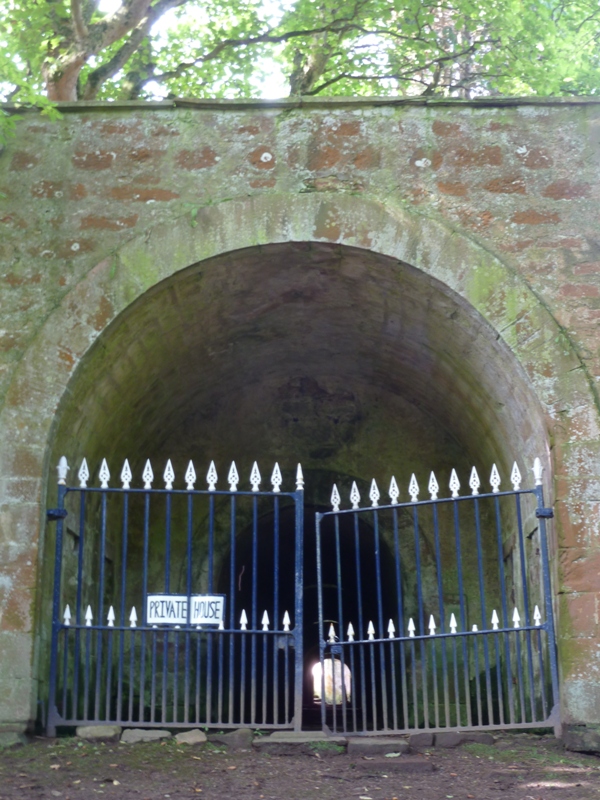 Of course, the "Pirates’ Graveyard" isn’t really a burial place for pirates. In fact the correct name is St Regulus’ Graveyard, but almost all the gravestones bear skull and crossbones hence the alternative name. 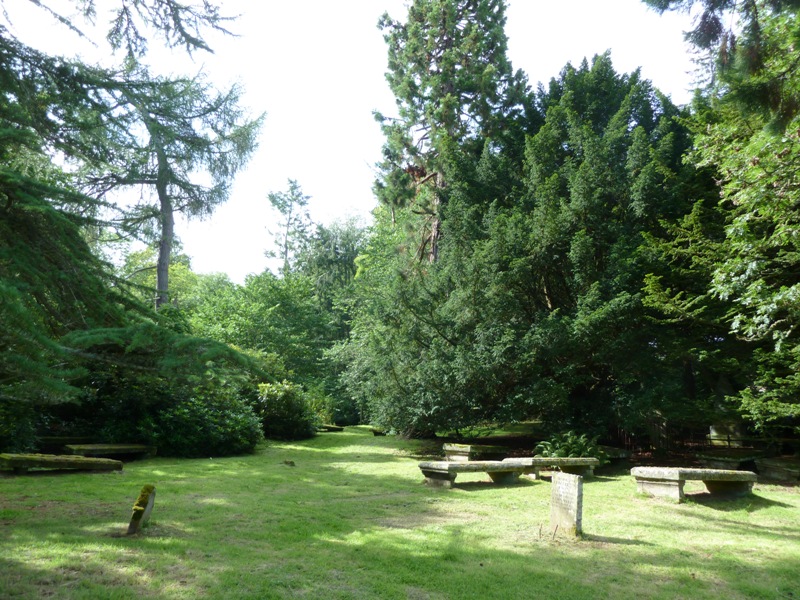 On a sunny day, it is a lovely tranquil spot and the walk takes you past some very fine looking houses on Causeway Road. At night, it probably feels a lot spookier, but we’re not the types to hang around graveyards at night. Another fact about the “Pirate’s graveyard” is that it contains one of the last headstones to be carved by Hugh Miller. Sorry, we didn’t figure out which one it was. 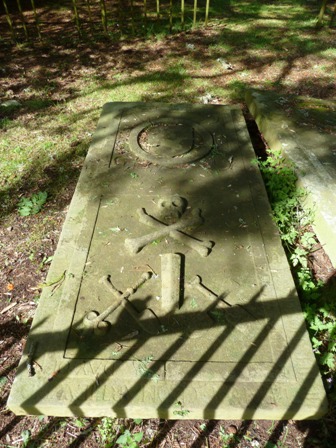 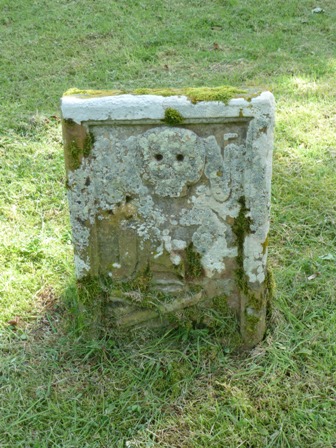 That’s just a wee glimpse at Cromarty. We haven’t even started to mention the Courthouse and Jail Museum, the tiny car ferry to Nigg or the Pirate’s hideout. And if you’re tracing ancestors, you might wish to see the Emigration Stone which commemorates the thousands of Highlanders who departed from Cromarty harbour for the . Who knows, Cromarty might have been the last place where your ancestors stood on Scottish soil.