The most exciting event this August is something that I'm currently not allowed to tell you about because it is going to be a TV exclusive.

Without giving away too much detail, a TV crew recently did a Self Drive tour of Scotland using one of our guides for route directions and ideas on the attractions to visit. They also used our recommended accommodation guide to select where to stay, but we had to give them a few ideas for places that were not included in our guides because they specifically requested a stay in a haunted house!

I accompanied them for the first full day of their tour and it was an exhausting day as filming takes much, much longer than you could ever anticpate. I had also not factored for the amount of interest they would have in filming sheep. In Scotland, we consider sheep to be as much a part of the landscape as grass and we really don't get excited about them. So the fascination of our various fluffy four legged farm animals for visitors alwasy leaves us a bit puzzled. 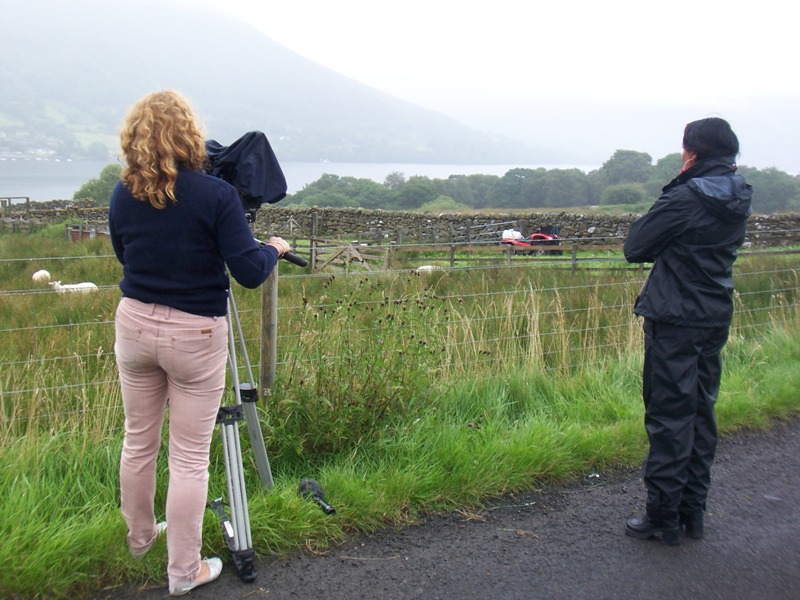 After all the stress of trying to organise their tour, I was worrying too much and had a lousy night's sleep. Unfortunately, I then had a 5am start to join up with the TV crew at 8:15am in Edinburgh. This meant that I was practically brain dead by the time they interviewed me at 7:30pm. I haven't seen any of the footage of me yet, but I suspect I will be looking a bit glazed from sleep deprivation. In case you can't work it out, I'm the pale looking one on the right. 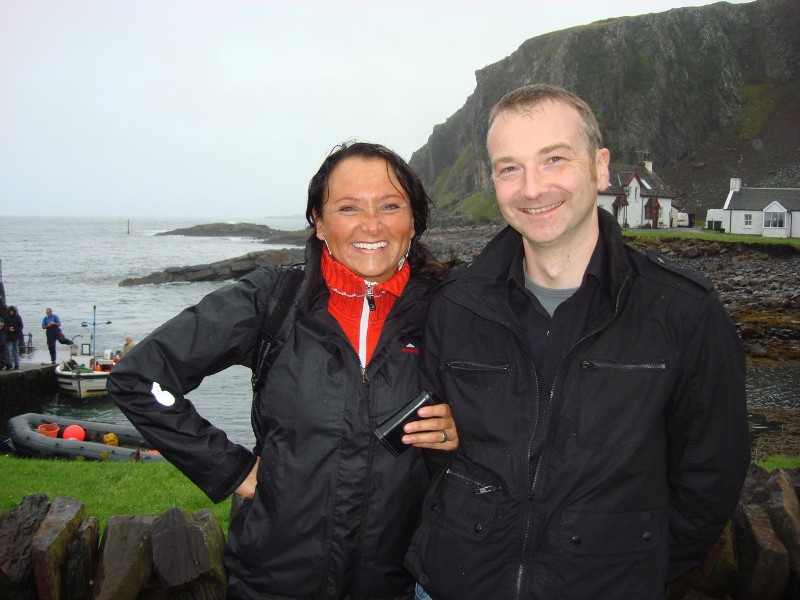 The next day, I left the TV crew near Oban as they were going on a sea cruise with the owner of one of our recommended B&B's. I then had a few hours to kill in Oban whilst waiting for the train. This gave me the chance to call in and meet up with Helen, the young entrepeneur that set up the Oban Chocolate Company with business partner Stewart. Their business seems to be going from strength to strength and they now have a very stylish open plan chocolate shop and cafe on the northern shoreline of Oban. 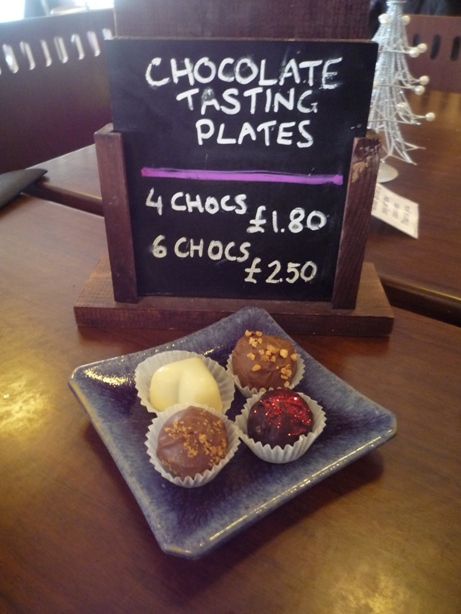 The train journey south from Oban to Glasgow is a great scenic route that made an enjoyable change for me as I drive this way so often, and the railway gives you a very different perspective. Fortunately, I had booked tickets for what was an exceptionally busy train crowded with tourists. If you are considering the use of trains in the Highlands in Summer, I would advise that you do try to reserve a seat as the services are not very frequent and my train was certainly very close to maximum capacity.

I can't add any pictures to this months diary as our camera died. Actually, I think our camera was affected by the ghost of Edinample Castle. I had been telling the TV crew about the ghost of the castle whilst they were setting up to do some filming of the nearby waterfall that I had taken them to. The castle was looking great with a misty backdrop so I thought I'd take a picture for the diary. As I lined up the shot, the camera screen started to go fuzzy and then it went blank! Bad luck or a ghost in the machine!?