Taversoe Tuick Chambered Cairn is one of the more unusual Neolithic sites on the Orkney Islands. The rare feature of Taversoe Tuick is its two levels of burial chambers one above the other. There is only one other burial chamber of this design, and it was found on the island of Eday. It is speculated that the 2 tier system may have been an indication of some form of hierarchy in the Neolithic culture. Originally, the upper chamber and lower chamber were completely divided by a floor, but an opening has now been made in the floor so that you can climb down to the lower level. This is certainly better than the option of entering the lower chamber via the cramped tunnel.

Taversoe Tuick has a spooky atmosphere about it, which is heightened by the claustrophobic feeling as you descend the steel ladder to the dark recesses of the lower chamber. You'll find that you don't want to peak around the corners of the individual burial "pews" as there is a sense that something might confront you. In fact, when the chamber was opened in the 1890's the remains of 3 bodies were found in the upper chamber and more cremated remains in the lower chamber.

Taversoe Tuick contains another mystery. A few metres from the tunnel entrance to the lower chamber, there is a small chamber protected by the addition of a seriously heavy wooden hatch door. Be very careful when you open this hatch as a gust of wind will make it crash down and you could get hurt. The purpose of this small chamber is not known, but it is linked to the lower chamber by a very small tunnel. Maybe it was meant as a means of talking to the dead without needing to disturb the main chambers?

It is just a short distance from Rousay pier to Taversoe Tuick and the cairn is signposted from the road, but the signposts are a little bit confusing and might send you wandering off up a farm track rather than taking the short path up to the cairn. Don't worry, we explain how to identify the correct path in out itineraries. 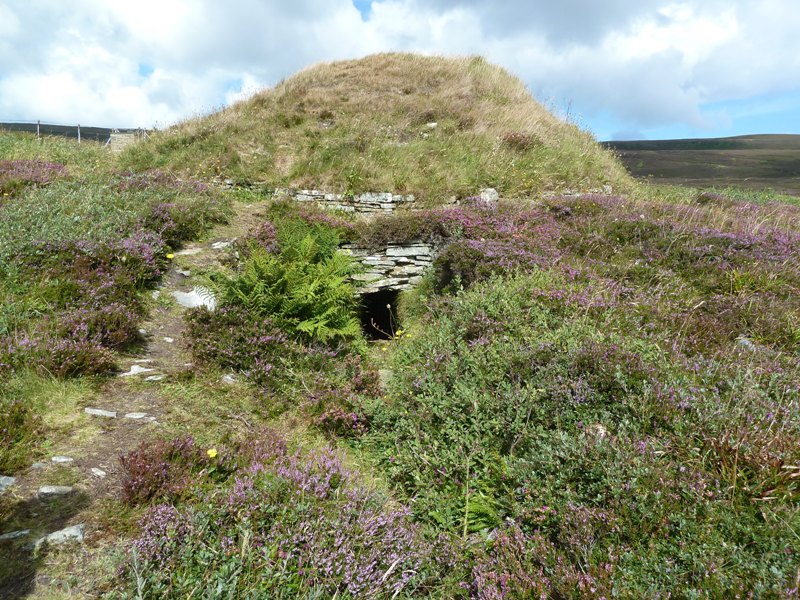 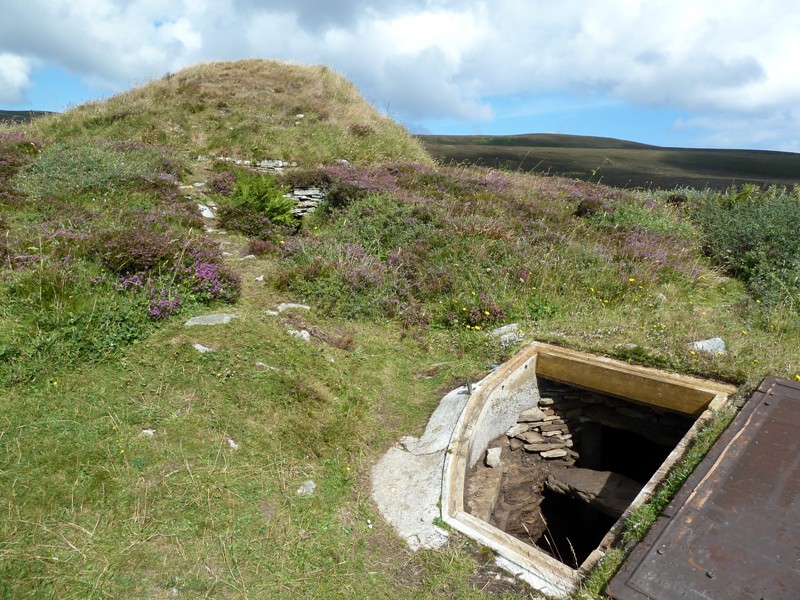 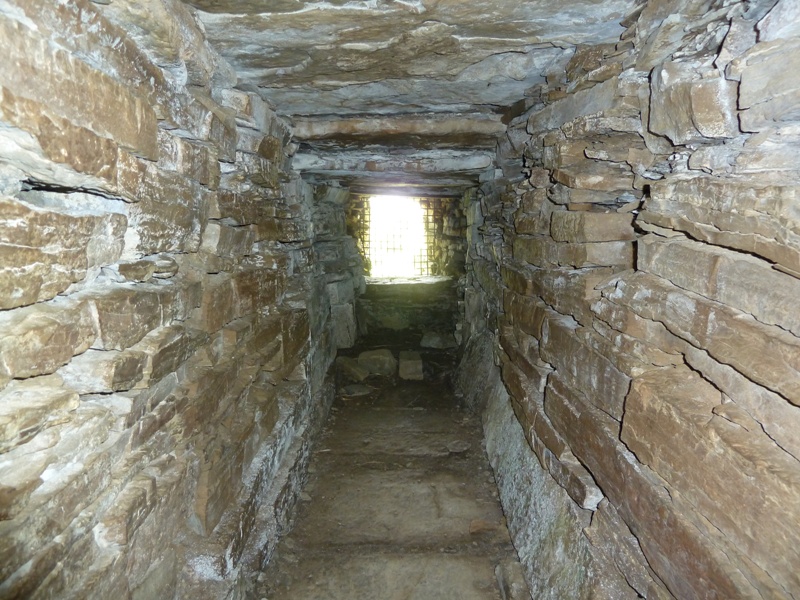 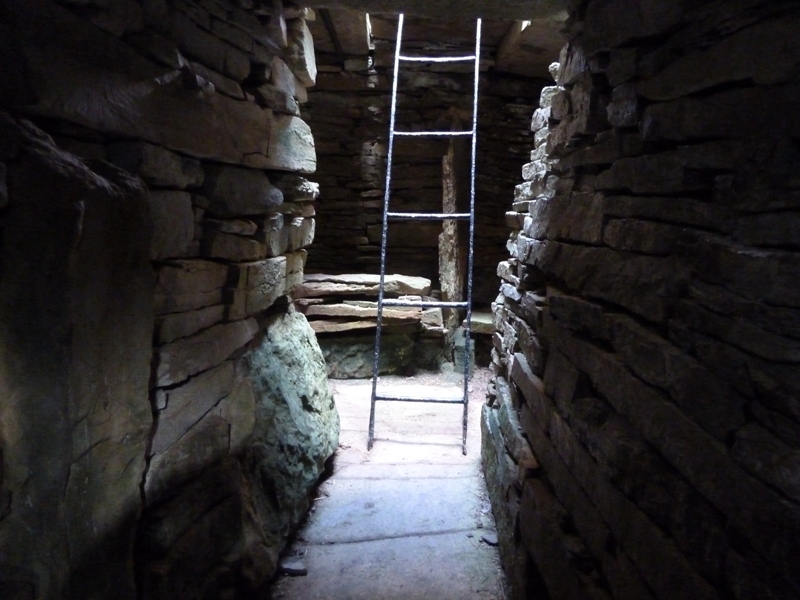 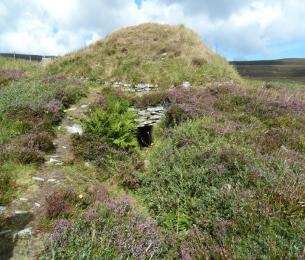 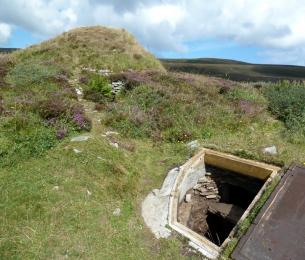 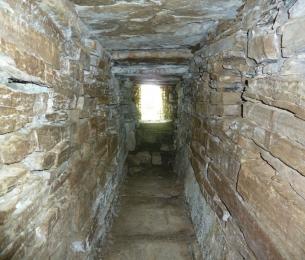 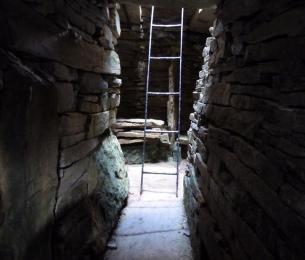