The Knowe of Yarso Chambered Cairn dates from 2900 BC and is one of the Neolithic sites that you pass when travelling north from the pier at Rousay to the more famous Midhowe Cairn and Broch. It is signposted from the road, but is not easy to identify from road level unless you know what to look for. Don't worry, we explain the path to the cairn in our itinerary guides.

From the car park, you have an initially steep climb which then levels out as you pass along the small cliff edge that leads to the mound of Yarso burial chamber. The walk gives you great views over the turbulent waters of Eynhallow sound and you should be able to make out the Broch of Gurness on the Orkney Mainland.

The chamber is relatively well lit inside with natural daylight that comes through small glass panels in the protective roof that has been added in more recent years. Unfortunately, the concrete roof does distract a bit from the appearance of the burial chambers, but at least it gives you enough head height to be able to move around without feeling to claustrophobic.

Knowe of Yarso contained the remains of 29 bodies when it was excavated in 1934. The location where the remains were found is indicated on the information board. If you feel a chill at the far end of the cairn it may be because this is where 17 of the remains were clustered. 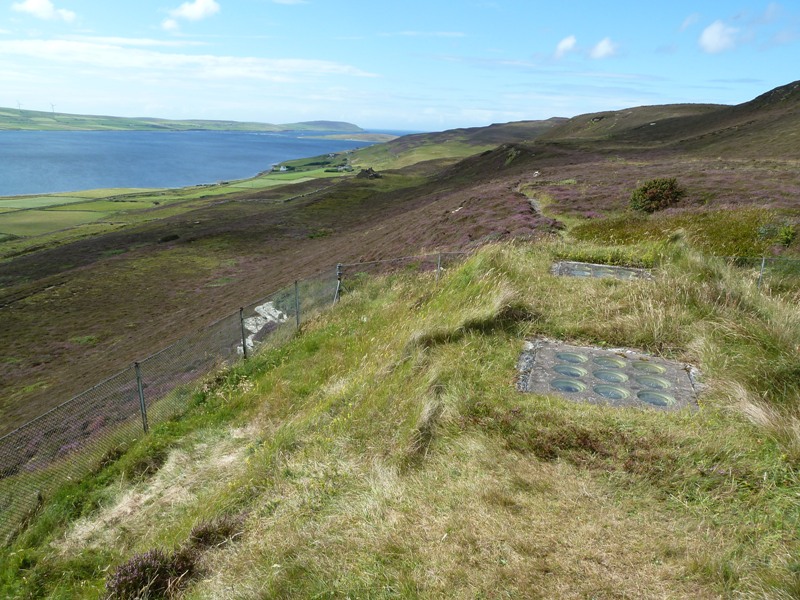 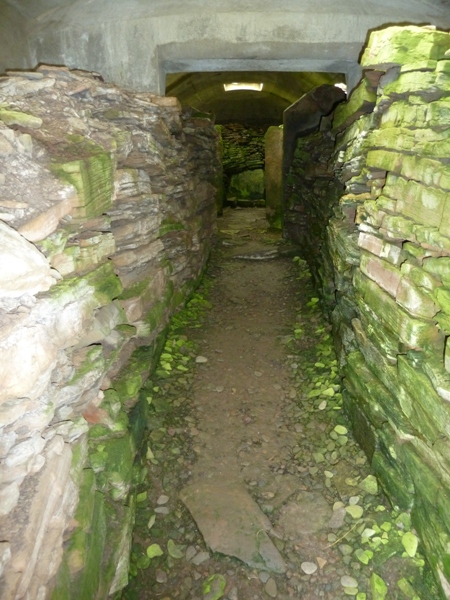 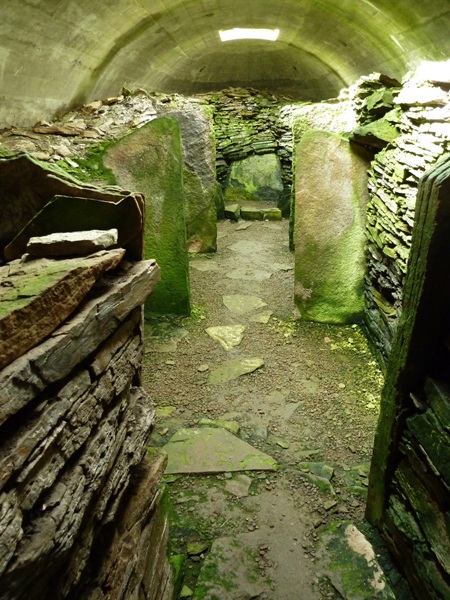 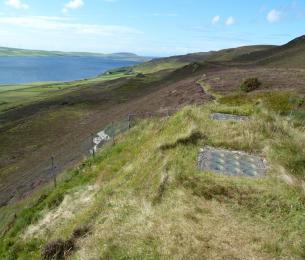 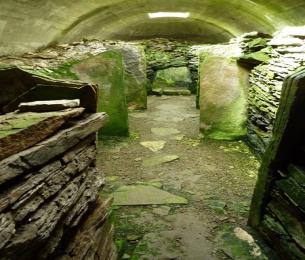 Knowe of Yarso Features In