2022 Update - Kilchurn Castle can be viewed from outside, but access to the interior is not yet allowed at time of writing (Jan 2022)

Kilchurn Castle stands on a peninsula at the eastern end of Loch Awe and is clearly visiible from the northern end of the A819 as it approaches the A85. However, from the A85 Tyndrum - Oban road, it is partially obscured by trees.

There is a path that leads to Kilchurn Castle from the A85, but it is not obvious and you will really need to follow the directions in our itineraries. The path has a good gravel surface so you can keep your feet dry, but it is not suitable for wheelchair access.

Kilchurn Castle was started in the 1440's and the original site was actually an island. The island became connected to the shore when the water level of Loch Awe was lowered in the 1800's.

Like Innischonnel Castle, which is on the south shore of Loch Awe, Kilchurn Castle was a Clan Campbell stronghold. The original building was a 5 storey tower house, which was then extended in the 17th century. The information board outside the castle gives a brief history of the castle's development and explains that Kilchurn Castle had Scotland's first purpose built barracks (circa 1693).

Kilchurn Castle doesn't seem to have experienced too much conflict other than a Clan dispute with the MacGregors. After the Jacobite Rebellion, it became a garrison for Hanoverian (Redcoat) Troops.  They would probably have been the last occupants, as the castle was abandoned in the 1760's following a fire caused by a lightning strike.

Despite the damage, a good deal remains of Kilchurn Castle. If the interior is open,  you can climb up to wooden platforms that have been erected in the remains of the higher battlements. This gives you great views to the west along Loch Awe.

If you are curious, the carvings above the entrance doorway are the initials of 1st Earl of Breadalbane and his wife.

Photographers can get some dramatic profile shots of Kilchurn Castle from the access path. The best time for this is usually a Springtime sunset. 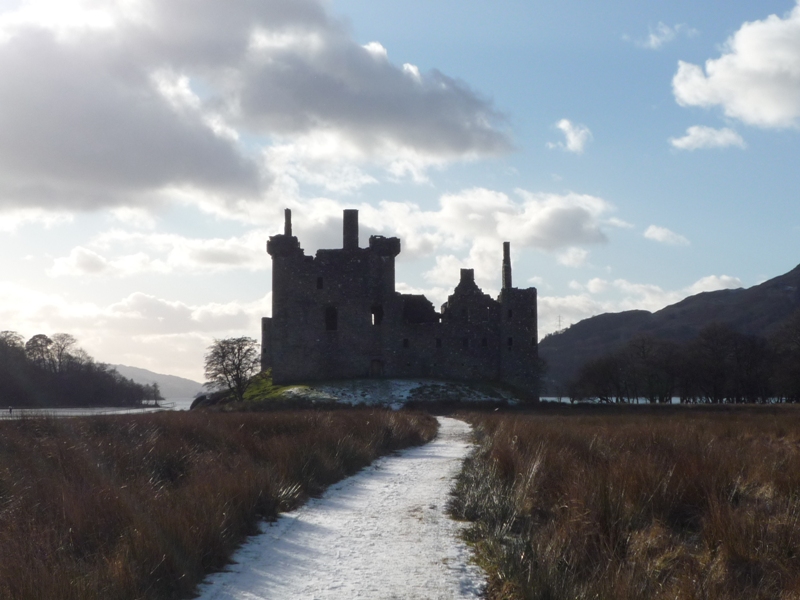 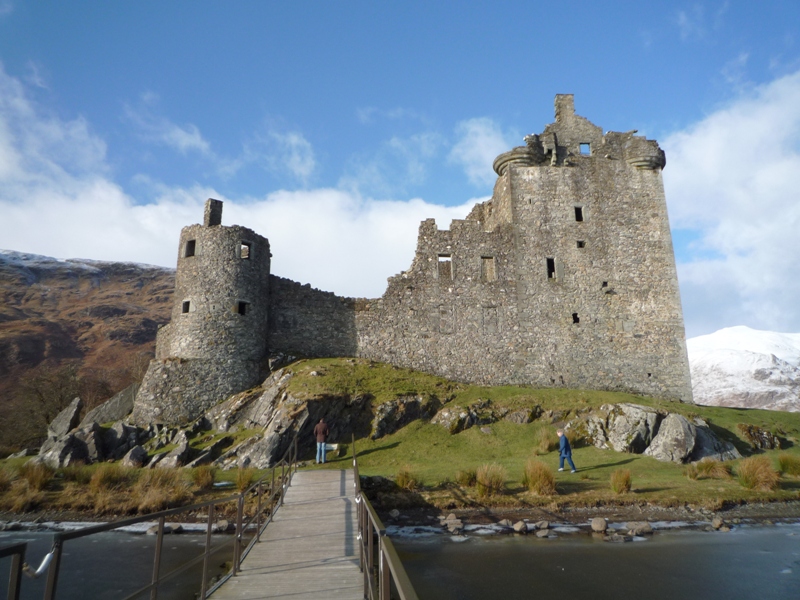 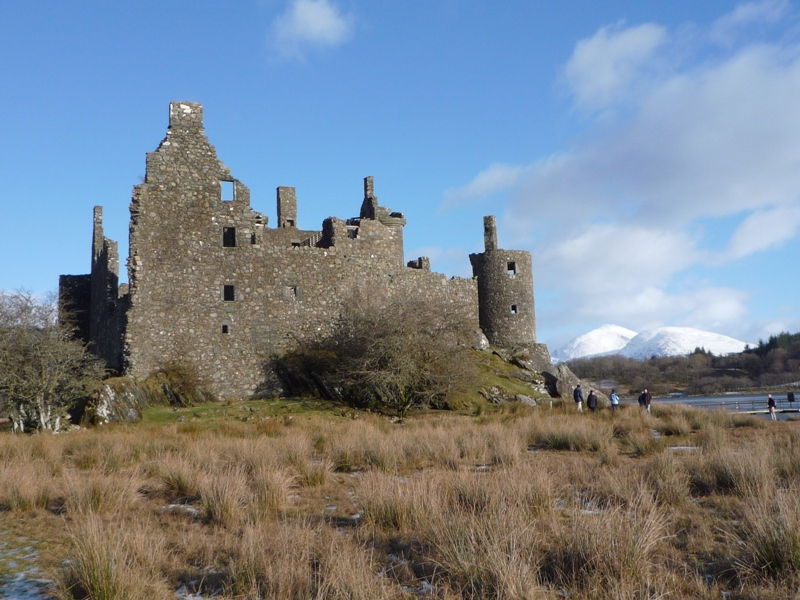 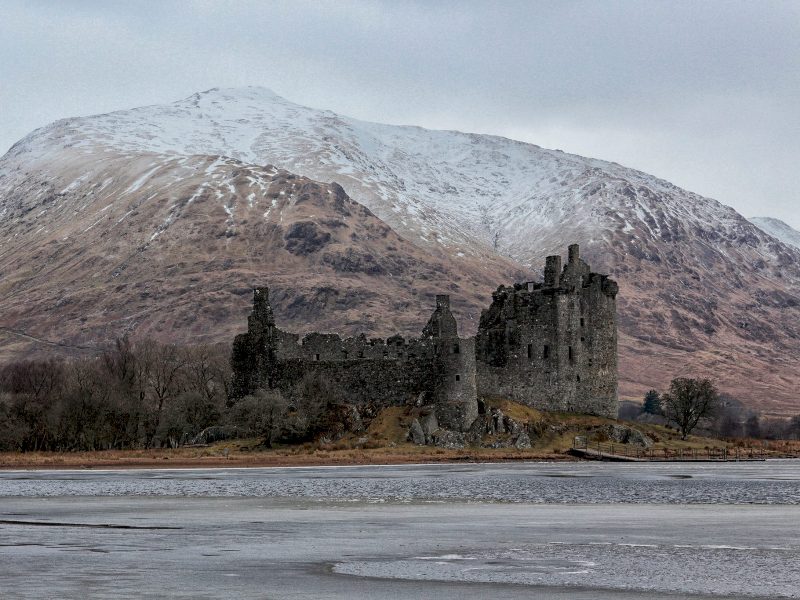 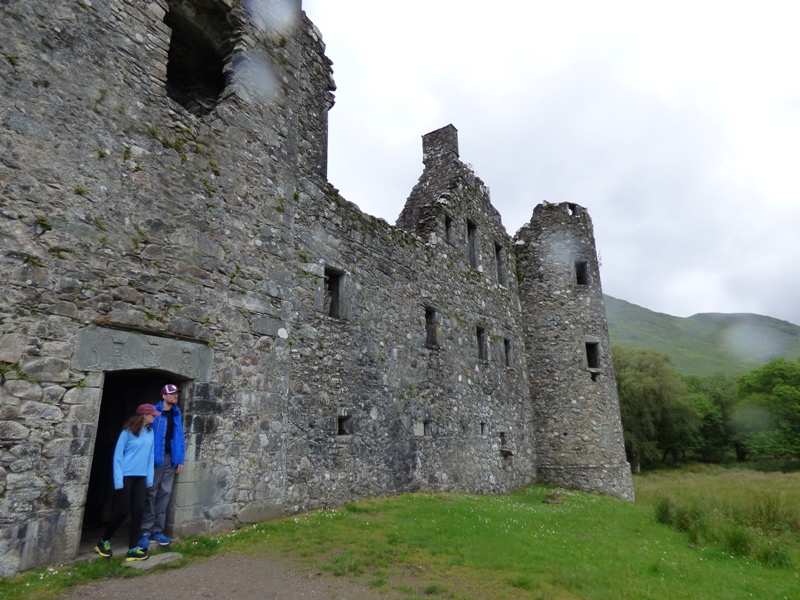 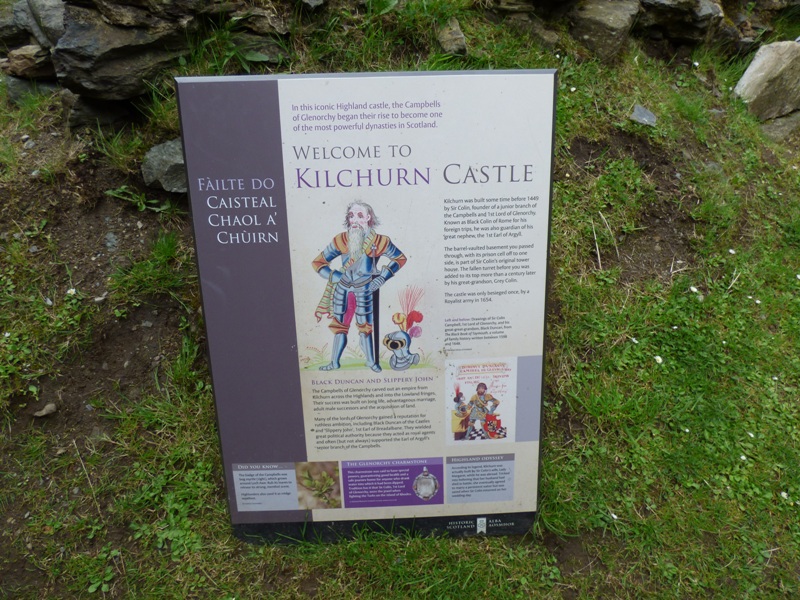 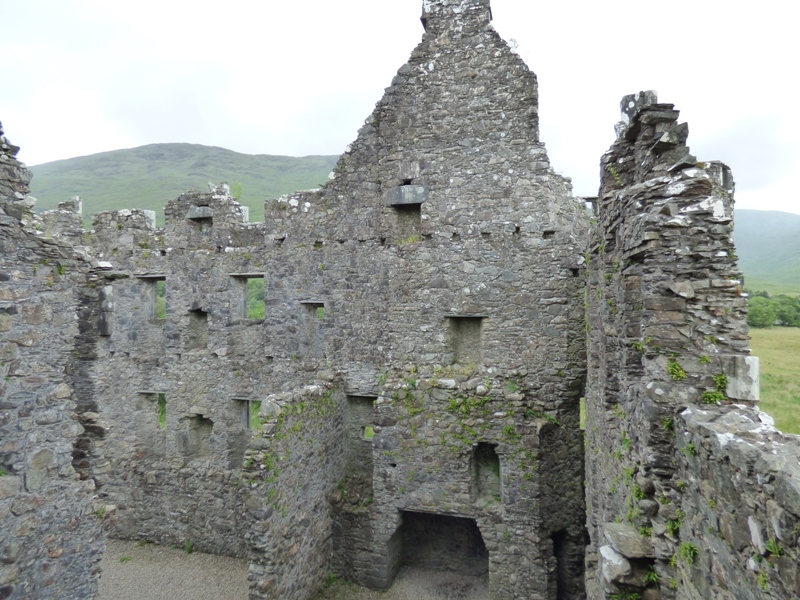 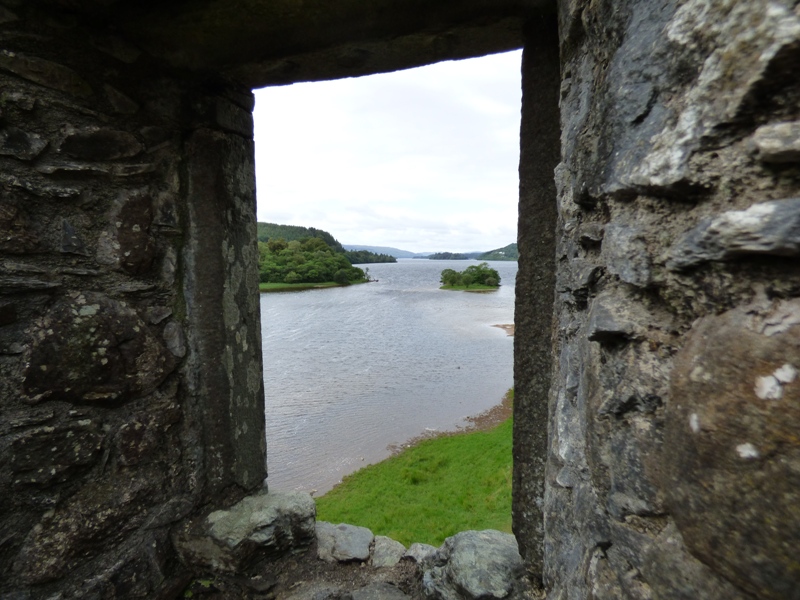 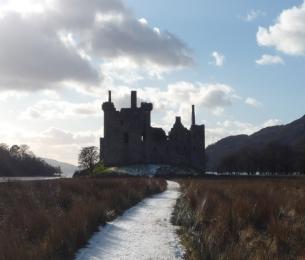 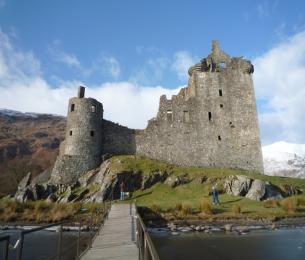 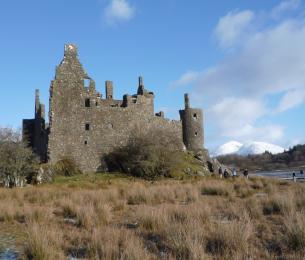 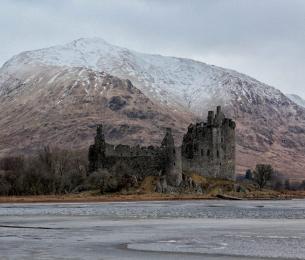 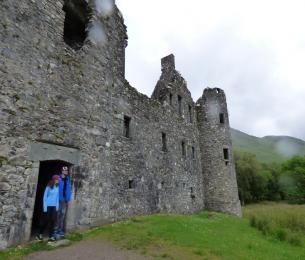 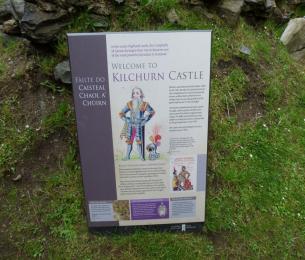 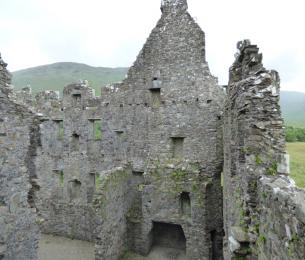 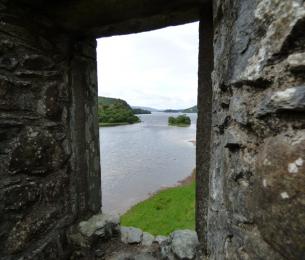