Carnasserie Castle isn't really a castle in the sense that it was not built with the objective of being a defensive strongpoint. What it represents is a statement of the power and position of its owner, John Carswell, who had the title of "Bishop of the Isles". John Carswell was a local lad who made good for himself and he is best remembered for his work to translate the Bible into Gaelic.

This 16th-century castle is really quite complete with the exception of a roof and the several floors that would have been present in both the tower house and adjacent "hall range" where the castle's kitchen and main banqueting hall would have been. There are two complete spiral staircases and we counted 80 steps during the ascent up the staircase in the tower house part of the building. From the top of the tower, you have views along Kilmartin Glen and it is worth the climb for the photo opportunity.

There is some very fine stone masonry in the castle, the most notable being the coat of arms above the entrance. The fine detail of this stonework has weathered over the years, but you can discern enough to appreciate how it might once have appeared and there is an information board nearby with an artist's impression of what it would have originally looked like. Other features to look out for are the large fireplace in the tower house and the little details of the water supply hole cut into the stone surround of the kitchen fireplace... all mod cons!

The castle does have some dark history and was the place of imprisonment for John Campbell of Ardkinglas. He was seemingly tortured here until he confessed to the murder of Duncan Campbell of Cawdor who died in a rather grizzly ambush. There is a spooky feeling about the room that holds the castle well, but we don't know where John might have been held in the castle.

The walk up to Carnasserie Castle will take about 10 minutes and the route is obvious. If you can be bothered to carry a picnic up the hill, you will find that there is a nicely maintained grass courtyard area beside the castle which is sheltered from the wind by a surrounding hedge. In theory, the grounds of the castle are fenced to keep sheep out, but they inevitably always find a way in, although not in large enough numbers to spoil the potential for finding a suitable bit of grass for spreading a rug. 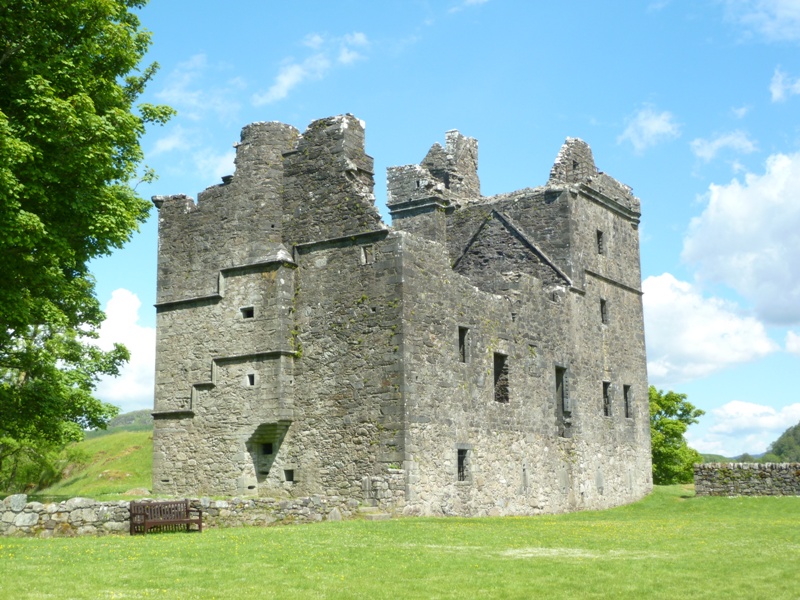 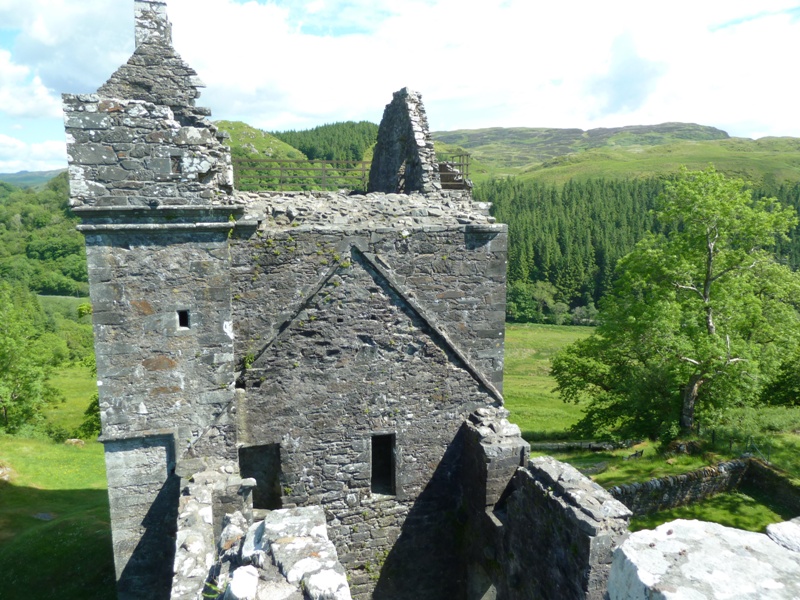 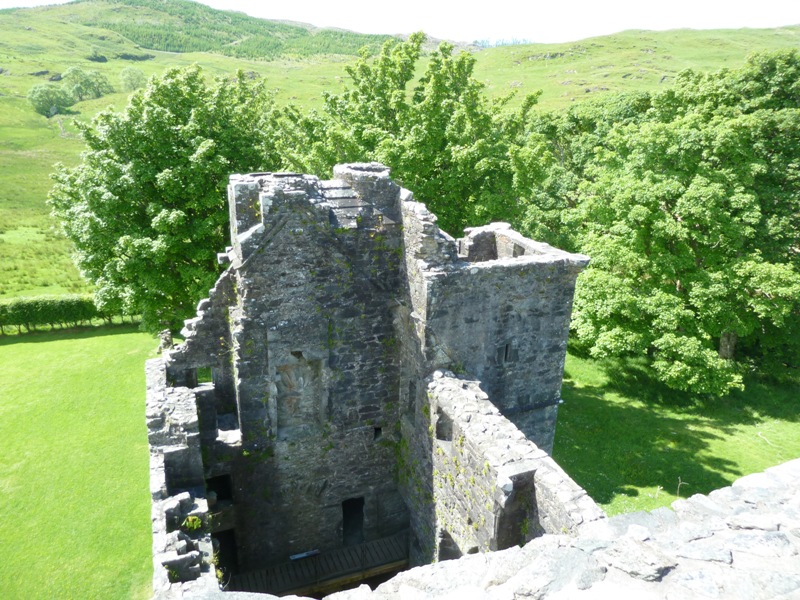 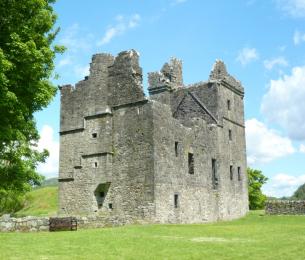 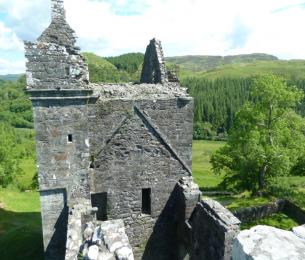 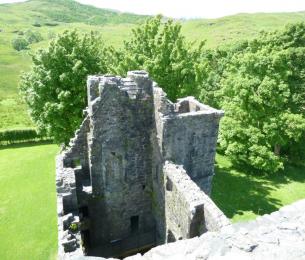