The Battle Bannockburn took place on the 23rd to 24th June 1314 and was a decisive victory for the Scots during the Wars of Independence with England.

The objective of the English army, led by King Edward II, was to relieve the English garrison holding Stirling Castle.  It was not a battle that King Robert the Bruce of Scotland had wanted to fight as his campaign against the English invaders had been based on guerilla tactics. But the battle was brought about by his brother, Edward Bruce, who had negotiated with the English garrison that they would surrender if not relieved before the 24th June.

The Scottish army of Robert the Bruce numbered around 6,500, but superior tactics enabled them to decisively defeat an English army of around 18,000 men. It is an exhilarating story of David and Goliath proportions that is brought to life at the Battle of Bannockburn visitor centre with 3D technology and computer-generated imagery.

At Bannockburn, the Scots made careful use of the terrain to control the battle and hemmed in the larger army so it could not deploy its military power. When the English cavalry did manage to engage the Scots, they met densely packed squares of foot soldiers brandishing long spears which they could not penetrate. These squares of spearmen were trained to manoeuvre en mass and they pushed the enemy back towards the marsh ground of the Bannock Burn. At this point, the numerical advantage of the English was negated because the terrain denied them mobility and they could not escape from the thrust of the Scottish spearmen.

The new visitor centre at Bannockburn was completed in 2014, in time for the 700th Anniversary of the Battle. This is not a conventional museum tour as there are actually very few battlefield artefacts that have been found at Bannockburn. So what you get here is an exhibition that uses some very impressive 3D displays to bring the battle experience to life. As a prelude to the main 3D experience, you watch a 3D version of a "puppet show" (it's not as whacky as it maybe sounds) where King Robert's loyal friend, Sir James Douglas, explains the Scottish side of the events that led up to the Battle. The English perspective of the battle is then explained by Lady Isabella, the French wife of Edward II, the English King who led the opposition at Bannockburn.

You then move into the most visually impressive part of the exhibition where you are placed in the firing line of the battlefield with cavalry and archers launching their attacks at you. The quality of the 3D effects are very good, but they have toned it down a bit so that it isn't too frightening for children. In our opinion, they could have made it a bit more dramatic with more cavalry horses in the charges and more combat re-enactment, but it will still have you ducking as arrows fly past your head.

Either side of the main arena are "corridors" where you can learn more about the characters in the opposing armies. In these "corridors" you find yet more digital animation with several figures that you can stand in front of whilst they (at your beckoning) tell their stories. This aspect of the display is less successful as it can be a bit of a bottleneck for visitors at busy times. Also, the animations are triggered by your hand gestures, but it isn't always easy to make the correct hand movement to select the animation that you want. On the plus side, they have represented all the different levels of combatants in the battle so you aren't just hearing the history of the Kings and Lords.

The most informative part of the exhibition is the battle plan, which enables you to view the projection of the battle onto a 3D map. One of the guides will then talk you through the various stages of the battle (it lasted over 2 days) and will help you relate the modern day landscape of Bannockburn to the events of 1314. After this, you have the optional battle game, but we'd suggest that you skip this unless you have at least 90 minutes to spend at the visitor centre as the game can take around 40 minutes and you need to allow 45 minutes for the rest of the exhibits. The battle game involves 2 teams (the Scots and the English of course) but you don't get to choose which side you are on. One of the guides, will lead you through the game, but you will be pressed to take decisions very quickly and, depending on how many players are involved, you might only get 3 moves. The computer assesses the progress and casualties on each side and declares the winner at the end of the Battle. What it often demonstrates is just what a great battle strategist King Robert the Bruce really was as the odds were stacked against him in terms of the size of his army. 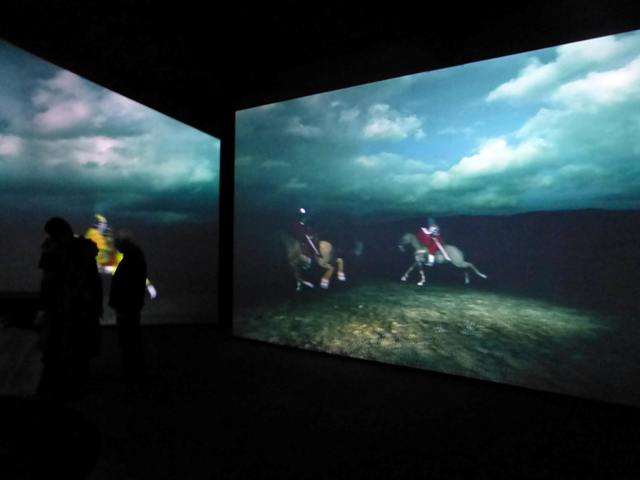 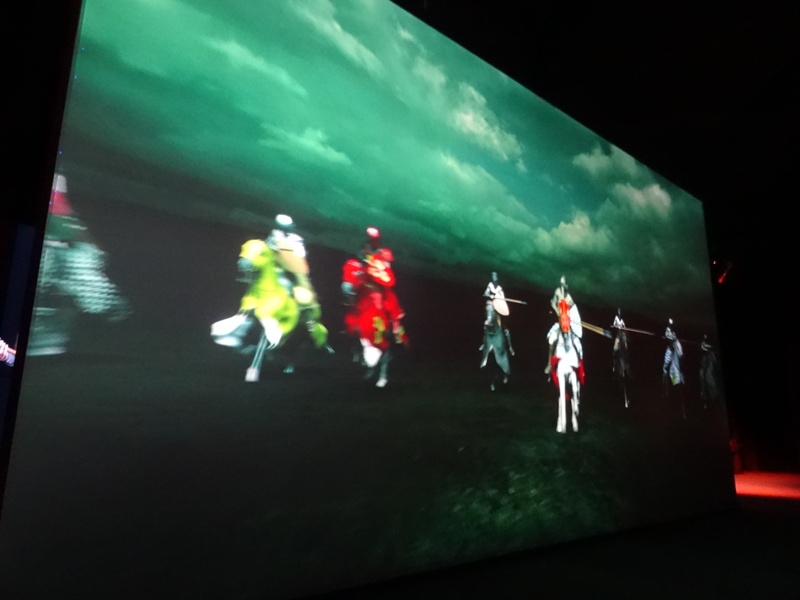 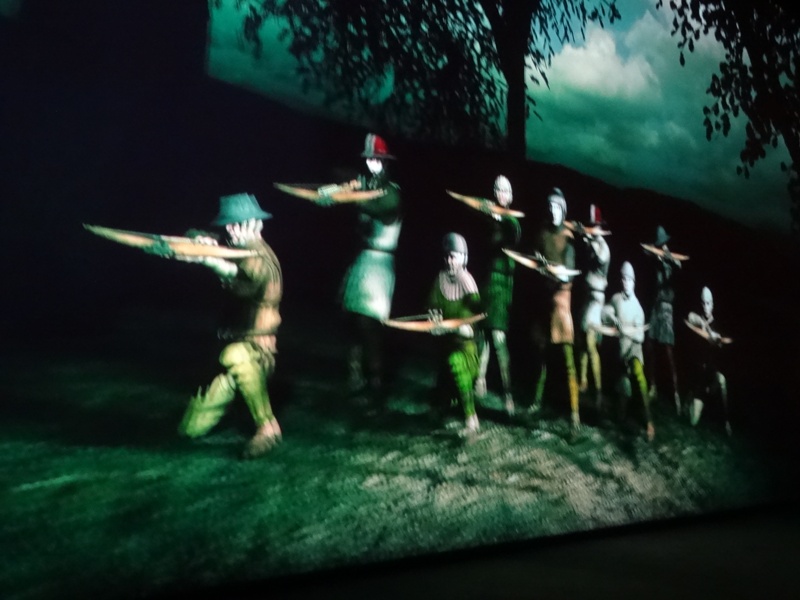 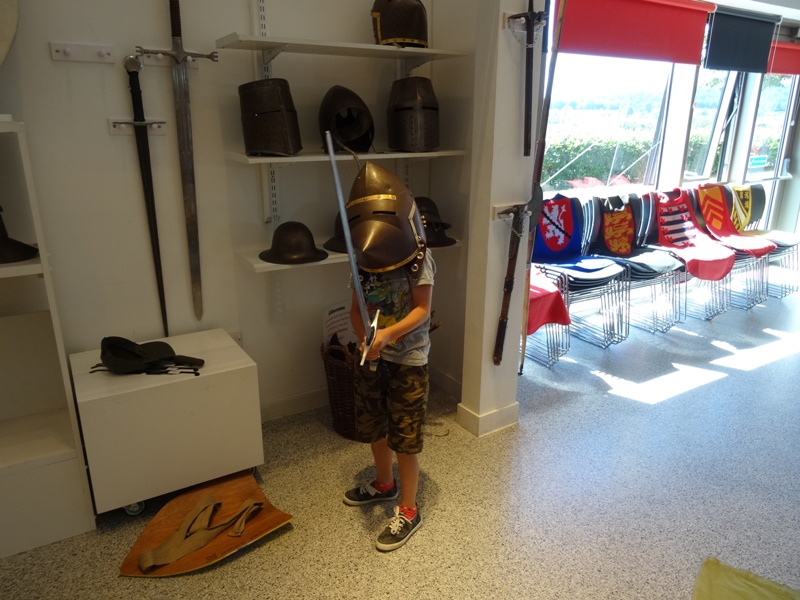 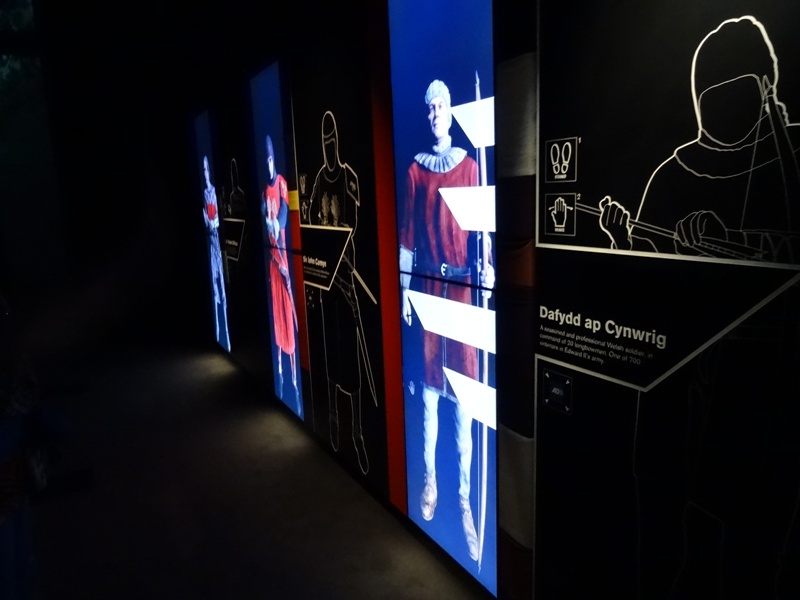 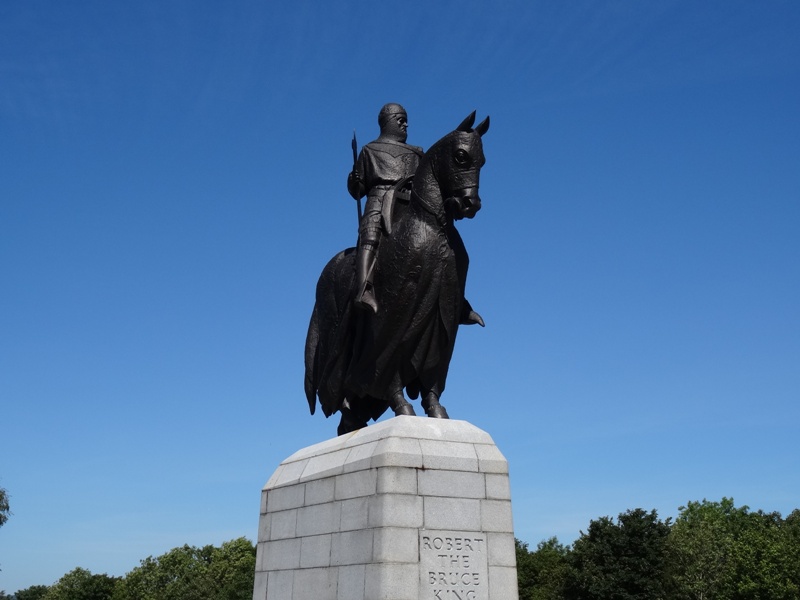 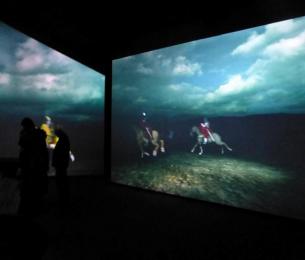 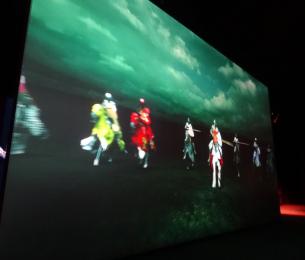 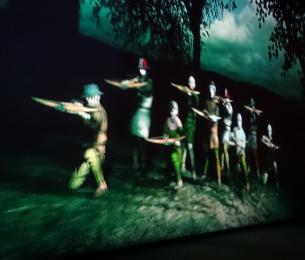 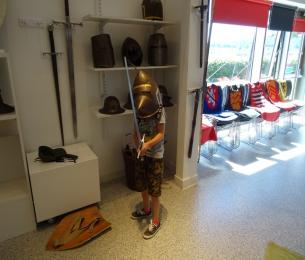 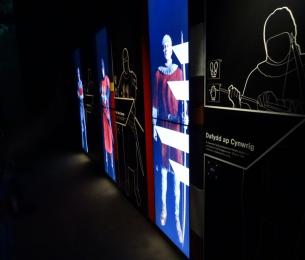 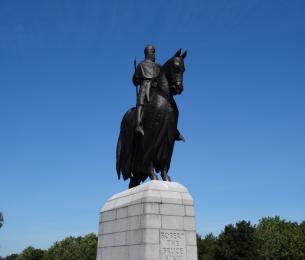