Armadale Castle & Museum of the Isles

This is an attraction in 3 parts:

Armadale Castle is the 19th century seat of the Clan MacDonalds on Skye. The title castle is a bit misleading as it it more of a country house and doesn't really fit with the image that you might have of a Scottish castle. The castle was built in 1815 and extended in 1855, but the MacDonald family moved out in 1925 and then the castle suffered a major fire and became the ruin that you see today. Prior to Armadale Castle, the seat of the Clan MacDonald on Skye was at Duntulm Castle, near the north tip of Skye, and then Monkstadt House, which was visited by Bonnie Prince Charlie in 1746 when escaping the Redcoats soldiers with the help of Flora MacDonald. It is said that the move from Duntulm Castle to Monkstadt House was necessary because the castle had too many ghosts.

Armadale Castle is a romatic ruin and is often hired for weddings as it has a great setting amongst woodlands near the sea. Unfortunately, there’s not much for the visitor to see as you can’t get inside the ruined castle. The castle is moodily photogenic and the ivy clad walls give the ruins a certain beauty.

The Gardens and Nature Trail surround the castle ruins, and they really are the main reason to visit this site. The gardens are beautifully landscaped with a few sculptures and ornamental flower beds. The garden trails take you to the hills around, with great views over the castle and the sea.

Museum of the Isles / Clan Donald Centre is a museum dedicated to the history of the MacDonalds of Skye. If you have a MacDonald family connection, or a trying to trace ancestors, this is certainly going to be of interest for you. There is a lot to read though, and you'd need to allow an hour or so if you are planning to really study the history of the largest Clan in the world.

In summary: attractive gardens, but not an essential place to visit unless you have a MacDonald connection or really want to learn about the MacDonald clan. 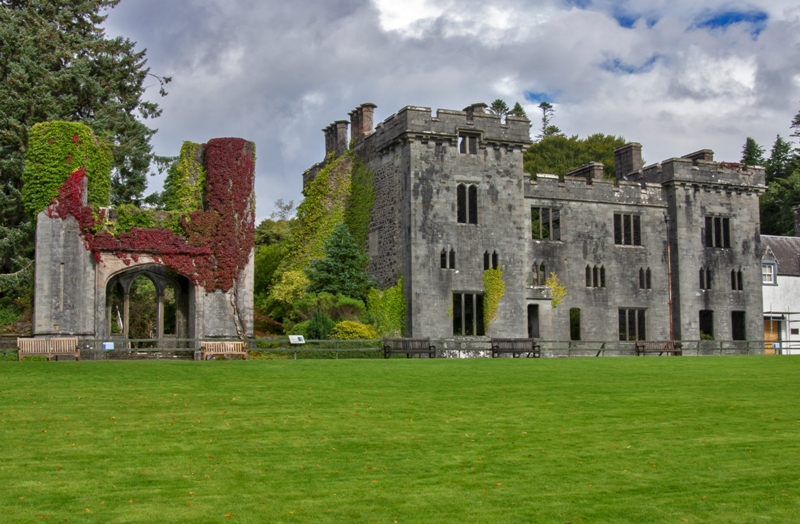 Armadale Castle & Museum of the Isles Features In