2023 Update - At the time of writing (14 Jan 2023), the visitor centre is open, but the Abbey and Grounds are currently off-limits due to restoration work. The admission price has been reduced to reflect this.

Arbroath Abbey, founded in 1178, has great significance in Scottish history as it was here that the Declaration of Arbroath (Scotland's Declaration of Independence) was written and signed on the 6th April 1320. The document was composed by the Abbot of Arbroath, a man called Bernard of Kilwinning, and was signed by 39 Scottish Barons and Earls.

The abbey has a room dedicated to the Declartaion of Arborath with a convincing replica of the Declaration on display. The Declaration was written, 6 years after the Battle of Bannockburn, as a letter of petition to Pope John XXII, requesting that he recognise Scotland's historical right to be an independent nation. The Declaration of Arbroath is a stirring and inspiring document for Scots as it carries the promise; "As long as but a hundred of us remain alive, never will we on any conditions be brought under English rule. It is in truth not for glory, nor riches, nor honours that we are fighting, but for freedom – for that alone, which no honest man gives up but with life itself."

Not the easiest place to find as Arbroath town has grown up around the Abbey and, as you walk up to the abbey, its feels like this historical building is a bit "crowded out" by its lesser neighbours. However, once you enter the grounds of the abbey, this feeling changes completely as there is actually quite a lot of green space around the building and you get a good impression of how the monastery would have been laid out

The visitor centre is a modern building discretely adjoined to the Abbey and it is worth your time to take in the exhibits about the abbeys historical timeline before exploring the abbey itself. If you go upstairs in the visitor centre, you will find a scale model of how the intact abbey would have looked before the ravages of the Scottish Reformation. The exhibits also include a section about the "Stone of Destiny", Scotland's historical Coronation stone, which was returned to Arbroath Abbey in April 1951 after being recovered from Westminster Abbey by a group of Nationalist students on Christmas Day in 1950.

Although the abbey church buildings are mainly in ruins, there are still some sections of stairways intact that let you climb to elevated positions for a better viewpoint and appreciation of the building's original layout. Some corners of the church are still very intact and the Sacristy is interesting for its acoustics and the little chamber attached to it where they used to lock up the "deranged". One of the distinctive features of the abbey is the large round "window" in the south transept gable. In the 1800's, when Arbroath had a large fishing fleet, they would light a beacon fire in this window for the fishing boats to navigate home by. Consequently, the people of Arbroath were locally given the nickname of the "Red Lichties".

One of the most interesting parts of the abbey complex is the very complete Abbot's House. Whereas most of the church was dismantled in the years following the Scottish Reformation (1560), the Abbot's house was left untouched as it still had a useful role as a centre of administration. Consequently, this part of the Abbey looks as if it could have been occupied just a few years ago and would make for a very comfortable residence. 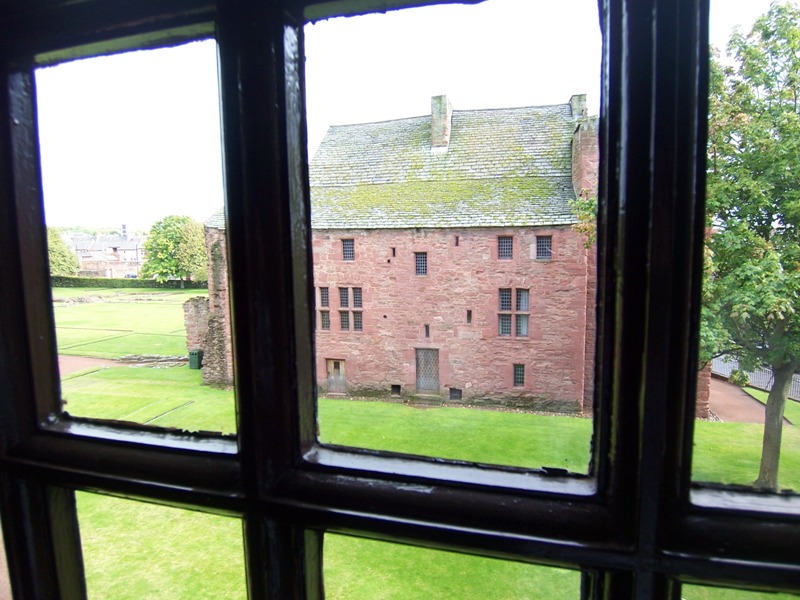 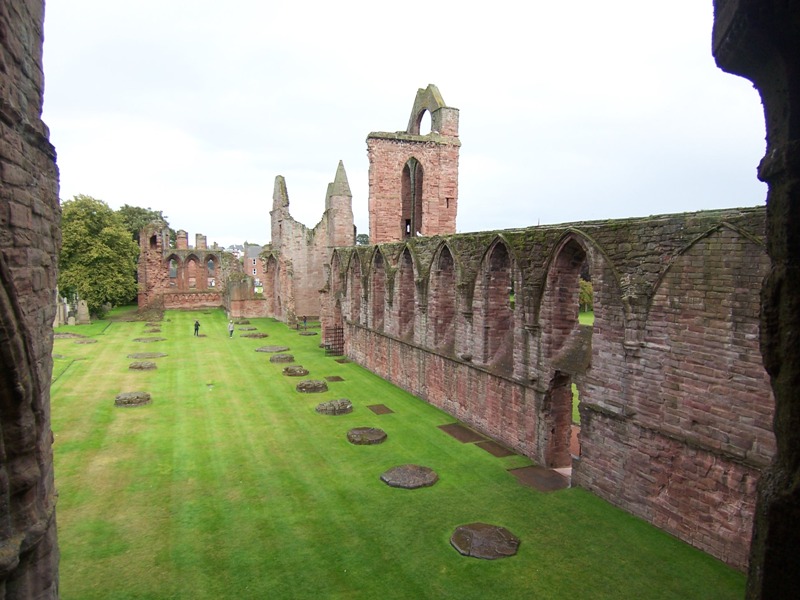 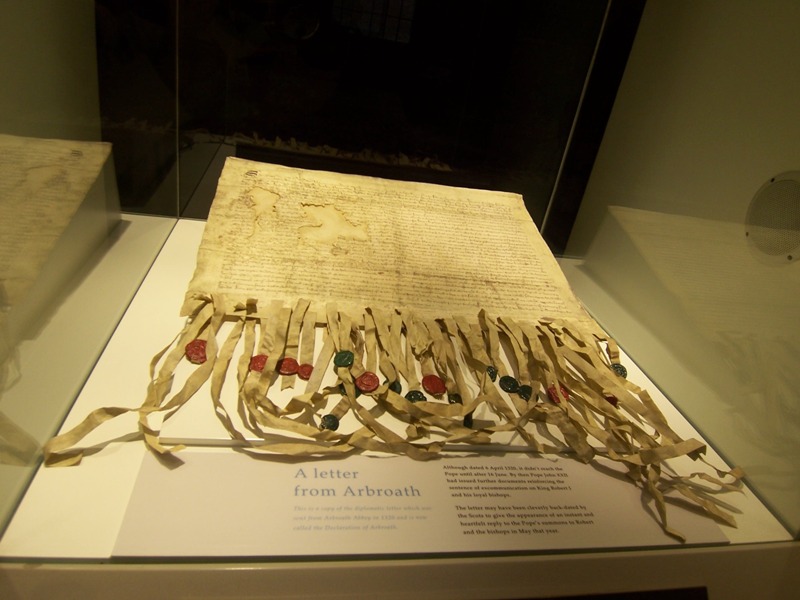 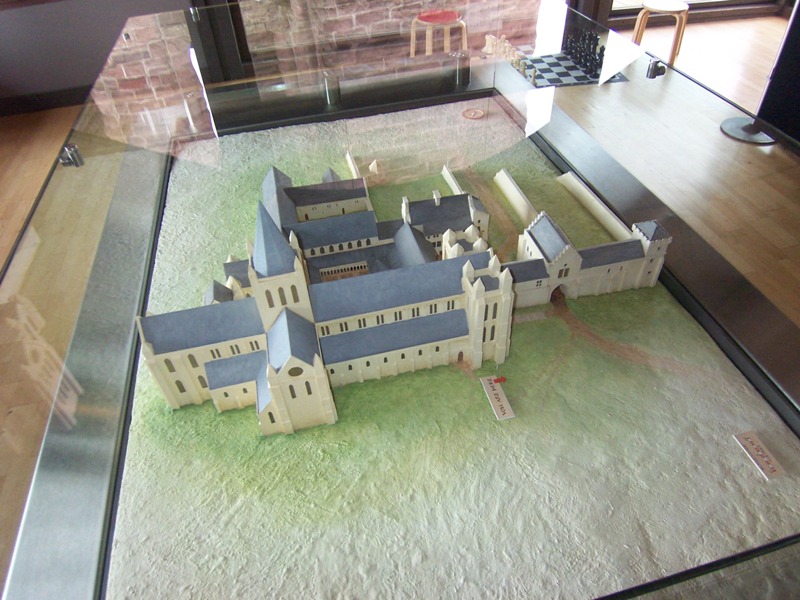 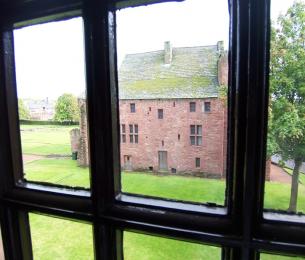 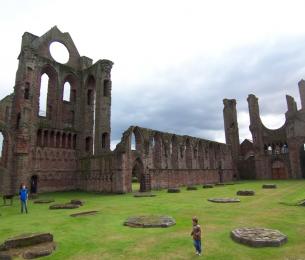 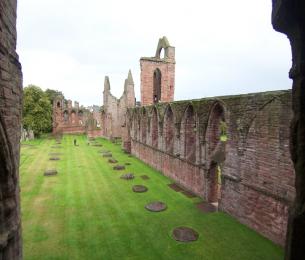 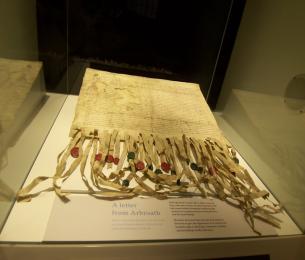 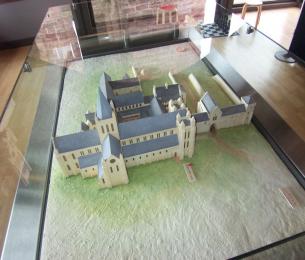