”A Year in Ayrshire… during Lockdown”

Well, it’s now a year since the Covid19 Travel Restrictions started in Scotland so it seems appropriate to write a blog about how we managed to keep ourselves busy when limited to travel within South Ayrshire.

South Ayrshire is our home base, but it is not a part of Scotland that gets much attention from tourists despite having some worthy attractions.

For example, if you are interested in William Wallace or Robert the Bruce you will probably think of heading to Stirling. But both of these historical figures were born in Ayrshire and the region is rich with legends and places connected to them.

Near Turnberry lighthouse, you can see the ruins of the castle where Bruce was born and just a few miles inland there is Kirkoswald where the old church has a stone font said to have been used when Bruce was baptized. 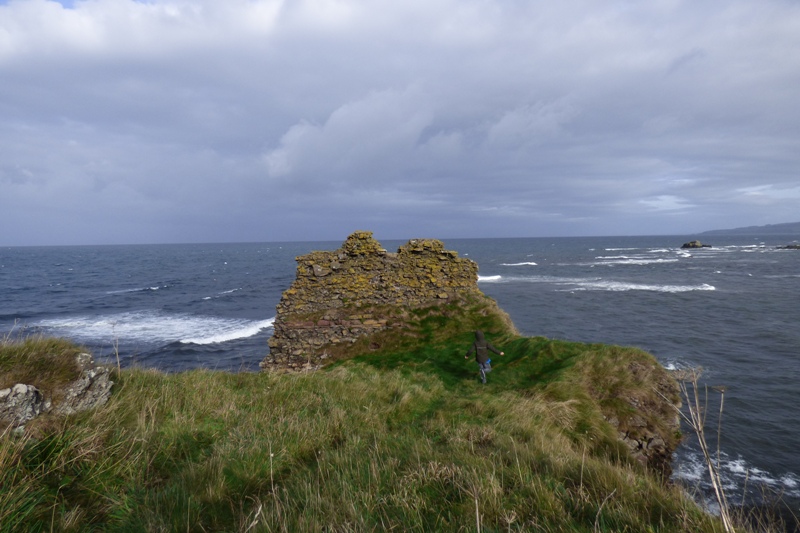 I could go into detail about the Wallace and Bruce connections, but that can be the subject of another Blog.

This blog is just going to be a summary of some of the less obvious places we visited in our home region over the last year. Some of them, such as Martnaham Castle, are places that I never even knew existed until I started to do some research. Others are places that I’ve been re-visiting since I was a kid.

Kirk in the Wood

Officially this 15th century ruined church is called Barnweil Kirk, but everyone local knows it by the more romantic title of the “Kirk in the Wood”. In saying that, not that many people do know about it as the church is not signposted and is quite hard to find. 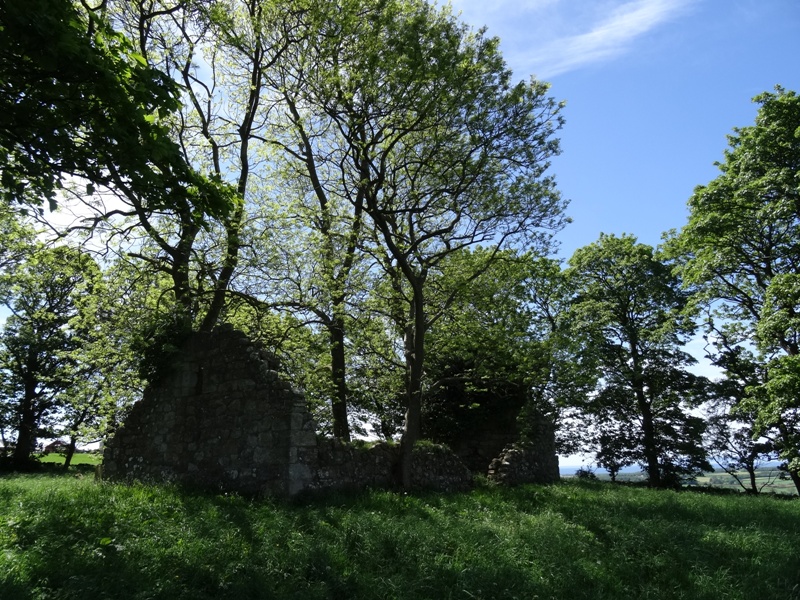 The exact history of the building is a bit vague, but there are records that link it to the famous religious reformer John Knox, who apparently held sermons here at the start of his campaign to promote Protestantism in Ayrshire.

The church fell out of use as long ago as the 1670’s, but burials continued in the Graveyard and there are some relatively recent gravestones mixed in with others that date from the 1600’s. 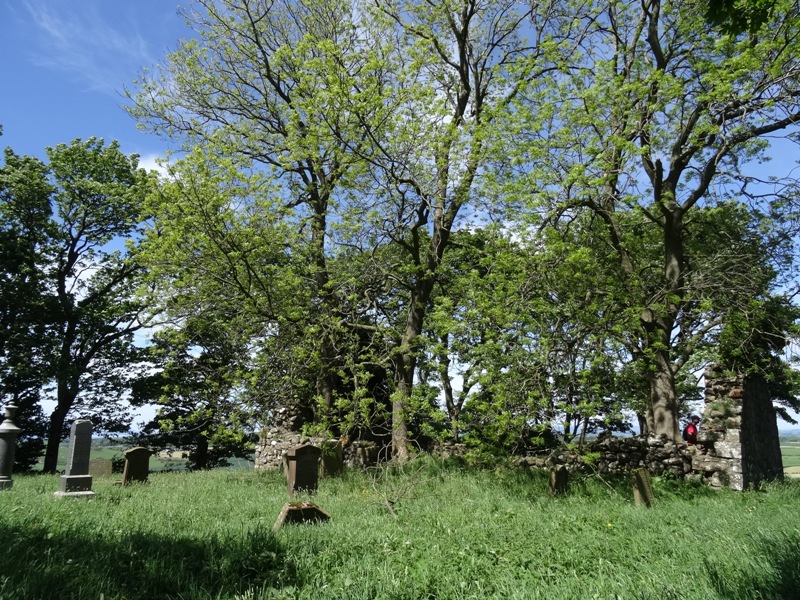 The eastern gable of the church has a humble wooden cross mounted on it that is inscribed with the words “Evelyn Mary Mapis Duke - Tout comprendre, c'est tout pardonner - 21st June 1940". After some investigating, we found out that Evelyn was the wife of Colonel Smith of Barnweil. The simplicity of this personal memorial adds a romantic touch to this charming little ruin. 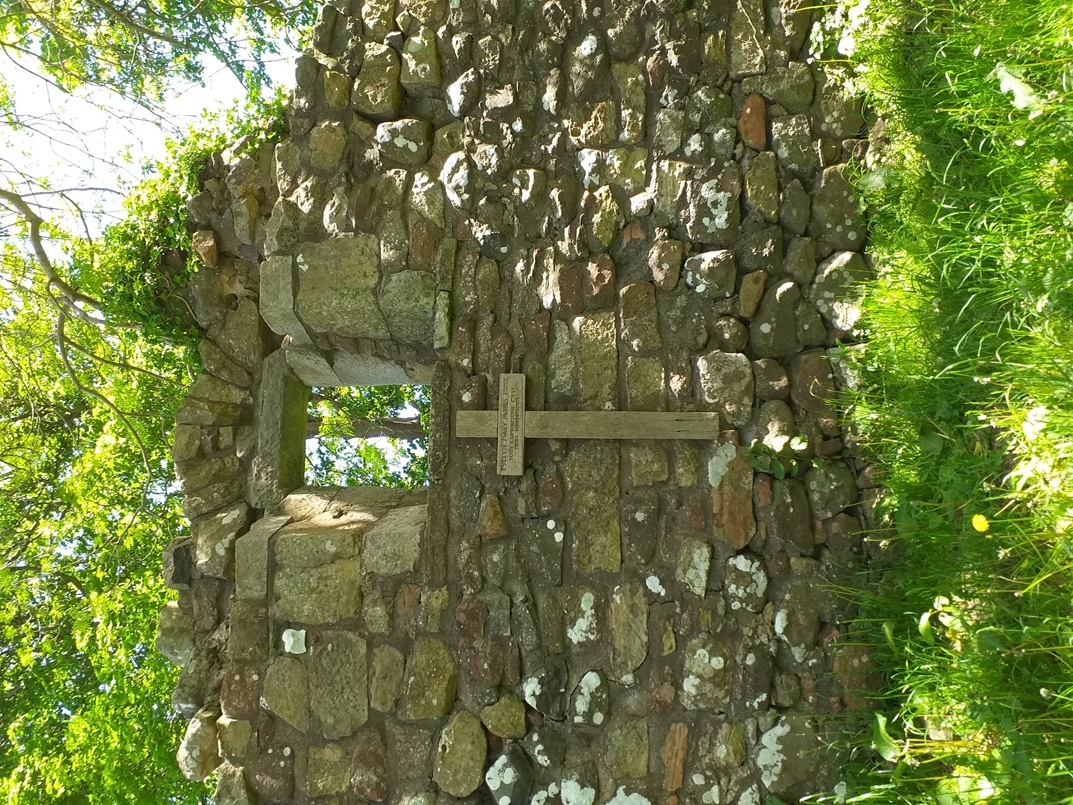 I was telling you that Ayrshire has strong connections to Wallace, well here is a good example. Barnweil Tower stands on the hilltop where William Wallace is said to have stood watching the flames of the English barracks that his men torched after an event known as “The Black Parliament of Ayr”. 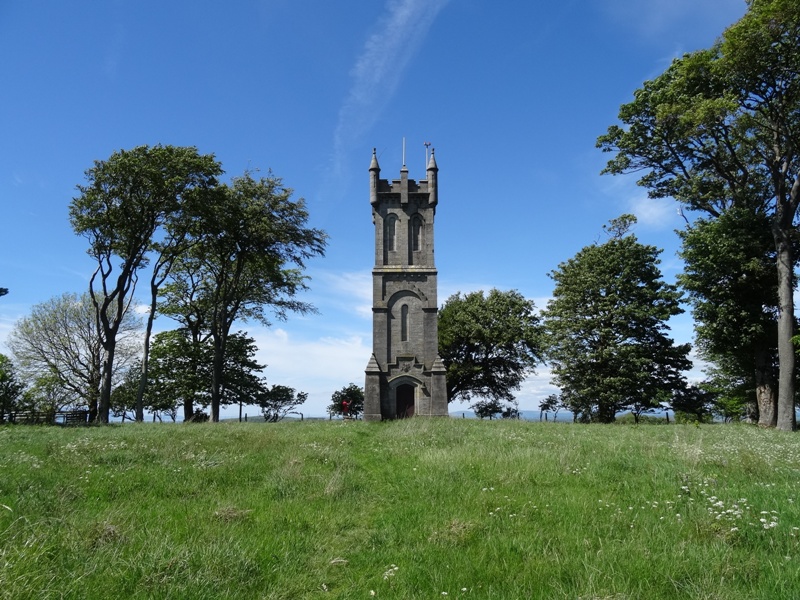 The “Black Parliament of Ayr” was a treacherous act by the English. They pretended to wish to negotiate terms of a treaty with the Scottish nobles and invited them to discussions at a large building known as the “Barns of Ayr”. As each noble and knight arrived at the Barns, they were seized and then hung from the beams of the barn. This scene is actually depicted in “Braveheart”.

Wallace’s response to this was a stealthy attack on the English troops garrisoned in Ayr. The houses where English troops resided were marked by the locals and Wallace’s men set about torching them with the English inside. Local legend has it that Wallace watched the fires from this hilltop and remarked “the Barns of Ayr burn well”, hence the name “Barnweil” which is how "burn well" sounds when spoken in Scots. In truth, the name predates that. 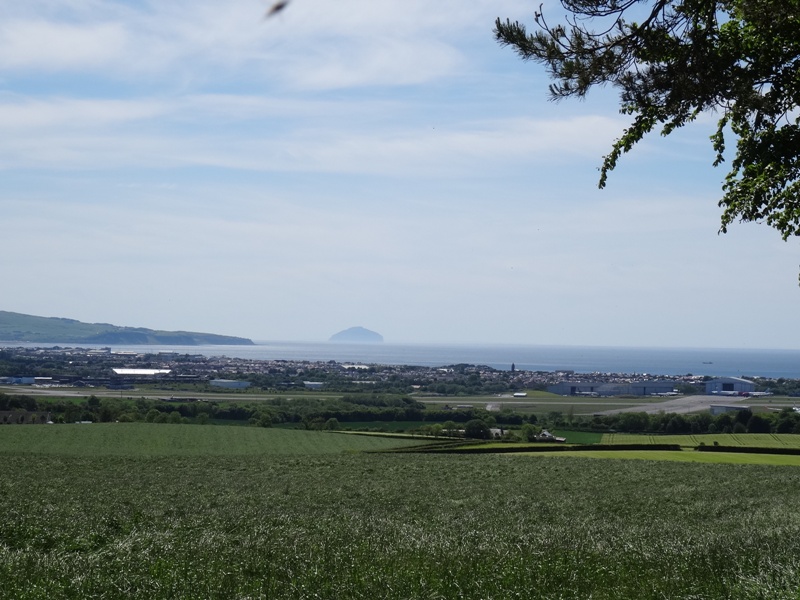 So Barnweill Tower is Ayrshire’s much less famous equivalent to Stirling’s Wallace Monument. It's a site that deserves more recognition and the tower really deserves a bit of investment in some repairs.

This was a completely new find for me but I must have driven by it countless times. I say “driven by”, but it is a hike of around a kilometre from the nearest main road.

The castle stood on an island in Martnaham loch but the water levels have since been lowered and it is now a small peninsula. Not much remains of this 16th-century tower house, but the causeway that once linked it to the shore is in a surprisingly good state. The moss-covered stones of the causeway stand out like a carpet of green through the trees. 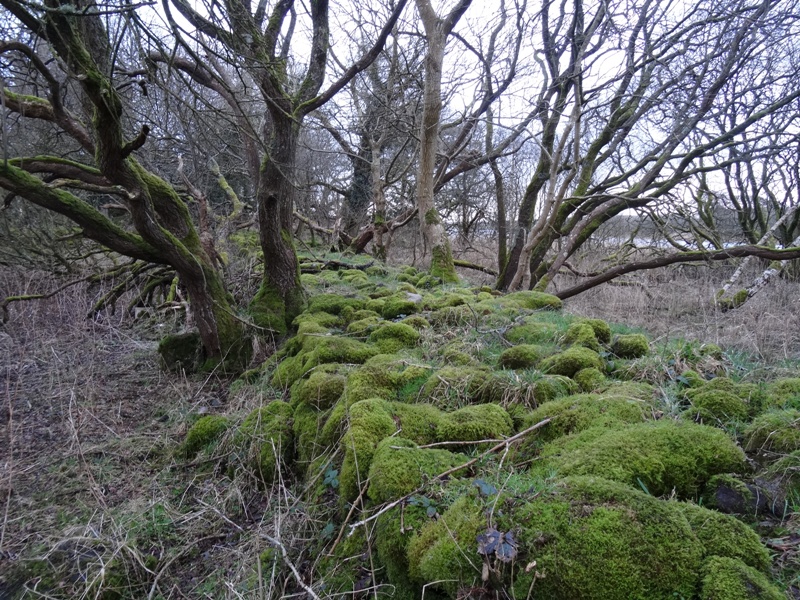 The history of the castle is vague and the ruins are scant, but it has a mystical atmosphere that sends a shiver down your spine. 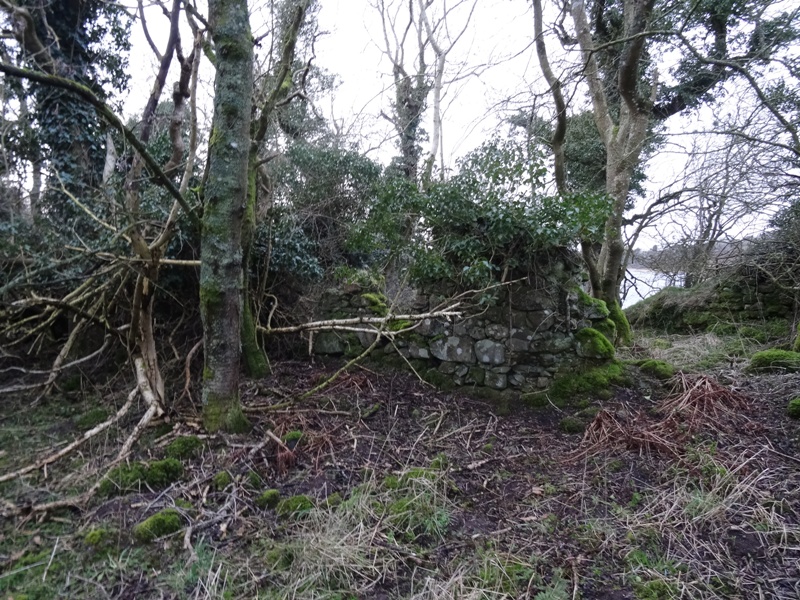 One of the Jewels of Ayrshire is Culzean Caslte, and rightly so. It is a stunning example of Robert Adam architecture and a symbol of the wealth of the Kennedy family who owned so much of Ayrshire.

But Ayrshire has an amazing number of grand country houses and Dalquharran Castle is one that gets overlooked despite having also been designed by Robert Adam for the same Kennedy family. It is a grade A listed building so its historical significance is recognised, but the building has been roofless since 1967 and is very neglected. 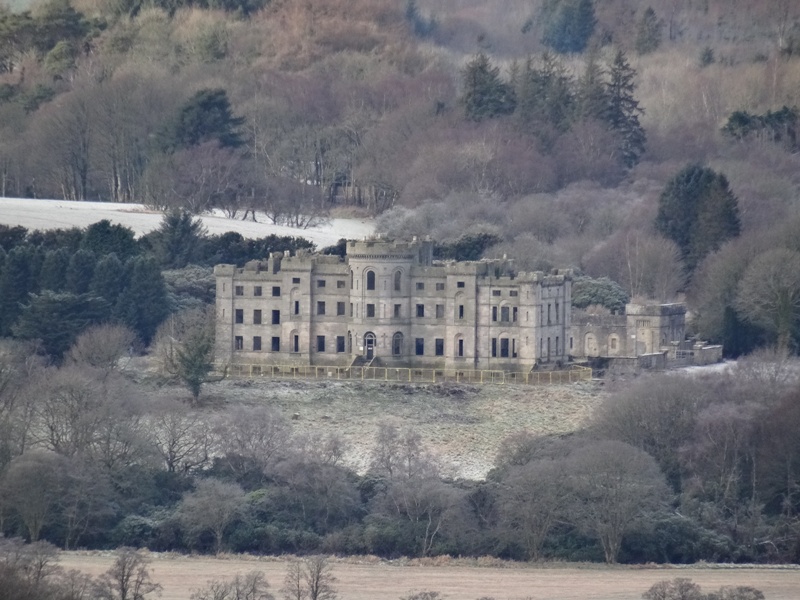 There are actually two Dalquharran Castles. The original is a 15th-century tower house of considerable size that stands on the slow-flowing “Water of Girvan” as it weaves past the village of Dailly. The older castle is easier to access and is in many ways more attractive than the castle that replaced it. 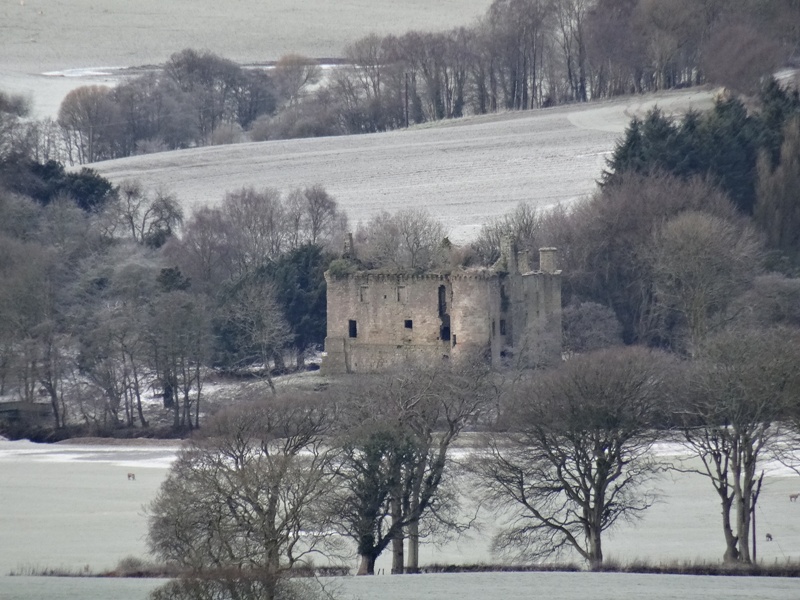 For obvious reasons, we couldn’t go abroad this year, but the January sunshine, snow-covered ground, and pine trees of the Changue Forest felt a lot like a trip to the Alps. 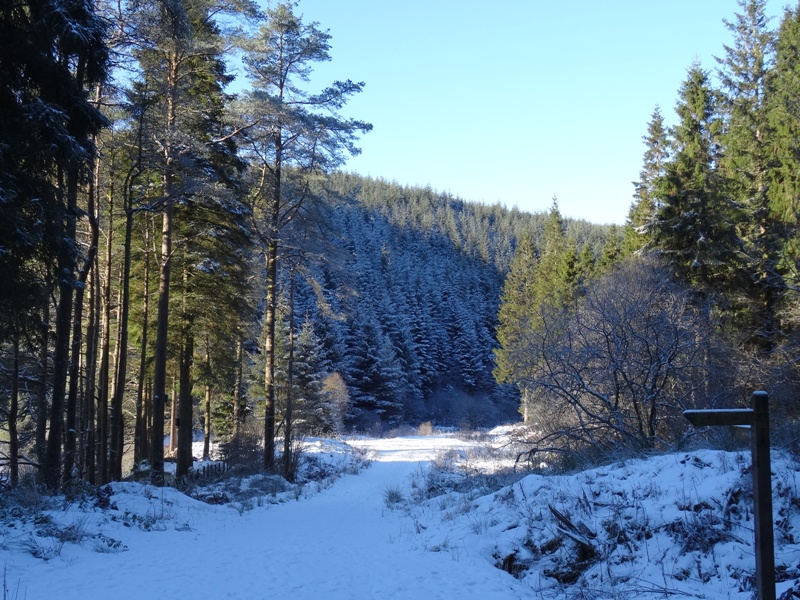 Beautiful as the scenery was with the fresh blanket of snow, we were reminded of how harsh the weather can be in the Galloway Hills by the memorial to a local shepherd, Christopher McTaggart, who died here in a blizzard in January 1913. Back then there was no forest and the landscape offers little shelter in a storm. 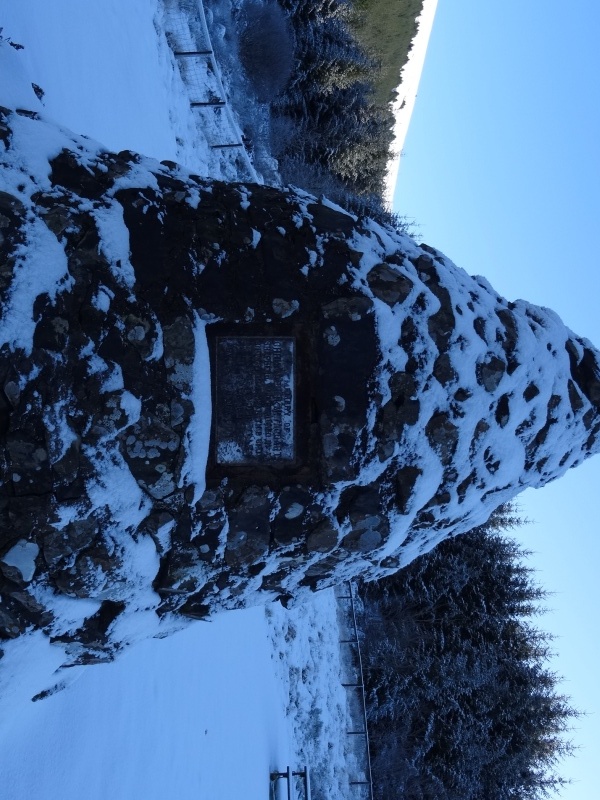 The events of Christopher’s death are all the more tragic as his brother and friends found him still alive but in the last stages of hypothermia. They tried to resuscitate him but were too late and he didn’t regain consciousness. His brother was forced by the conditions to leave Christopher’s body where it lay, but Christopher’s loyal sheepdog refused to leave his master’s side and spent the night on the hill with the body.

I find Dinvin Motte really interesting as it is one of the best examples of a Pre-historic Hill Fort in Scotland. If there was anything like this on Skye you can be sure it would be all over Instagram.

Dinvin Motte is located near a little village called Pinwherry to the southeast of Girvan and there are no signposts to it. The only thing that helps you find the place is a lay-by and small information board by the roadside.

From the road you have a short walk uphill through a field to get to the obviously man-made mound at the summit of the hill. It is hard to take photographs that give an accurate impression of the fort’s well-defined defensive structures. Aerial images give a much better perspective for appreciating how the hillfort is formed by 2 concentric trenches around a central mound that would have been the last line of defence for the occupants. 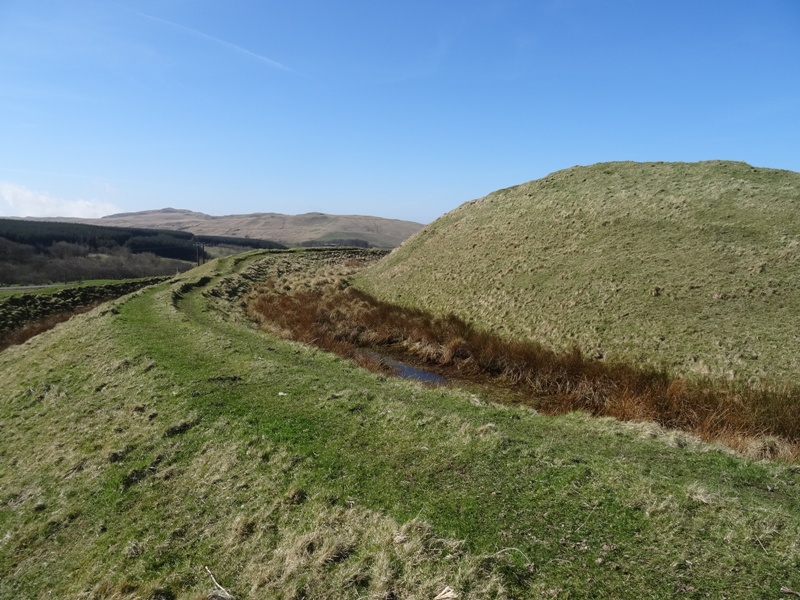 That's just a wee glimpse at some of the places we explored in South Ayrshire over the last year. Once again it proves what we keep saying about always being able to find something new no matter how often we visit a place. We must also add that an Ordnance Survey map is a great tool if you are looking for stuff to explore that is missed by most tourists. 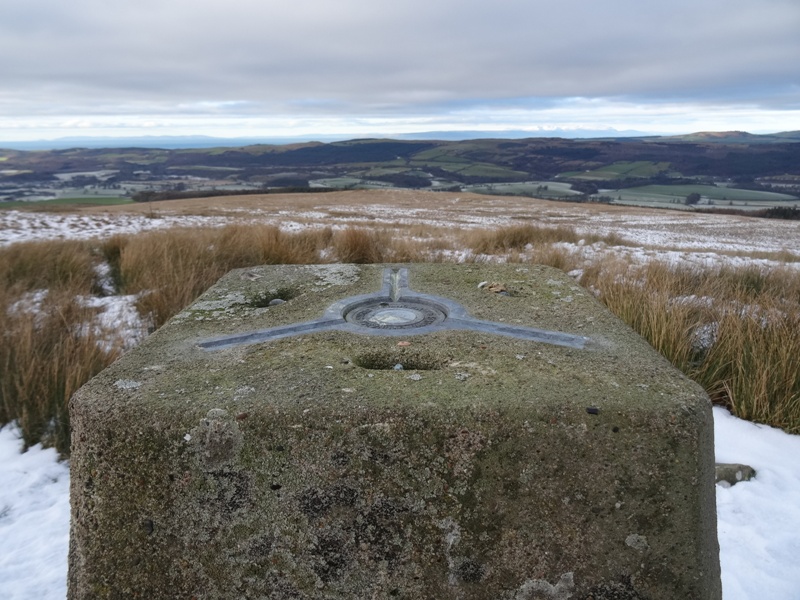