"Tourism vs Nature - The sad story of Fairy Pools on Skye"

I’m afraid that this is going to be a serious Blog about the serious subject of the environmental impact of tourism. This theme is prompted by a visit to the Isle of Skye, a place that I always try to visit out of season. By “out of season” I mean mid-October to March, but Skye is becoming so busy now that even in these months it seems to have a steady stream of visitors

A couple of years ago, I visited Skye in early April and was quite shocked at how busy the car parks were at the Old Man of Storr and the Kilt Rock. There literally weren’t any places left, cars were spilling out onto the main roads and grass verges were being chewed up into muddy ruts like scenes from a WW1 battlefield. 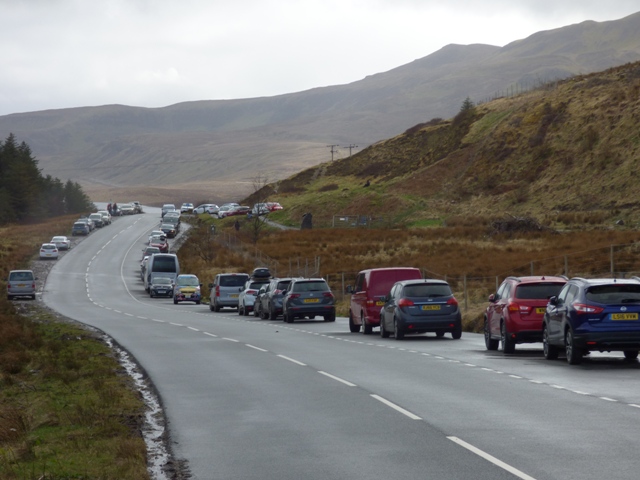 One of the things I wanted to check out on this road trip was the condition of the Fairy Pools in Glen Brittle. Friends on Skye had warned me that there had been terrible issues with parking and some tourists had even resorted to fist fights over parking spaces. This problem has been addressed by the construction of a sizable car park which can hold up to 135 cars. However, I’m not sure if this will keep pace with demand as I visited at the end of March and the car park was almost half full. Unfortunately, the construction of the car park has required a sizable cutting to be made into the hillside and this is visible from quite a distance away. 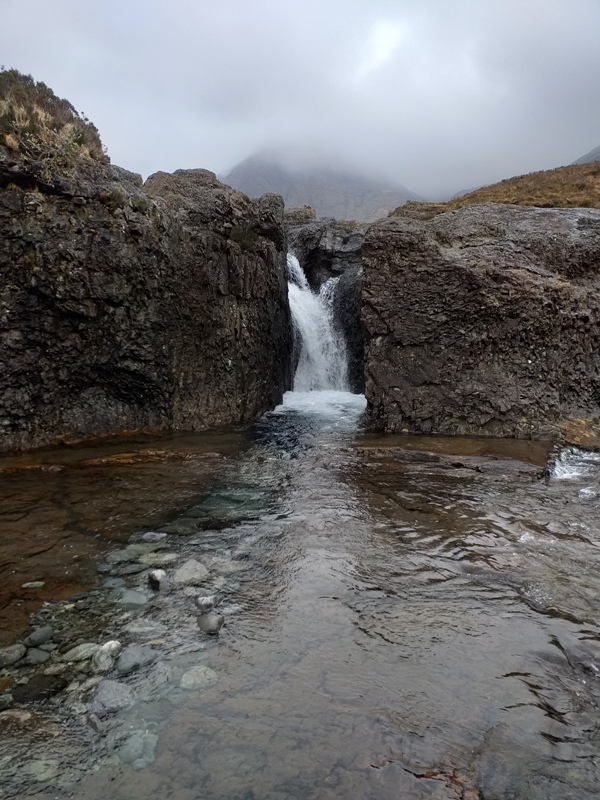 The other issue with the Fairy Pools is the environmental damage that is being caused to the river banks by the trampling of vegetation. Around 200,000 people visit a year now and the impact of this is very evident. The river banks used to be covered with heather and the occasional small rowan or alder tree trying to take hold, but now large swathes of the ground have been churned up and nothing grows. As the ground becomes denuded, the soil starts to be washed away and it is just a matter of time until the river banks become barren. 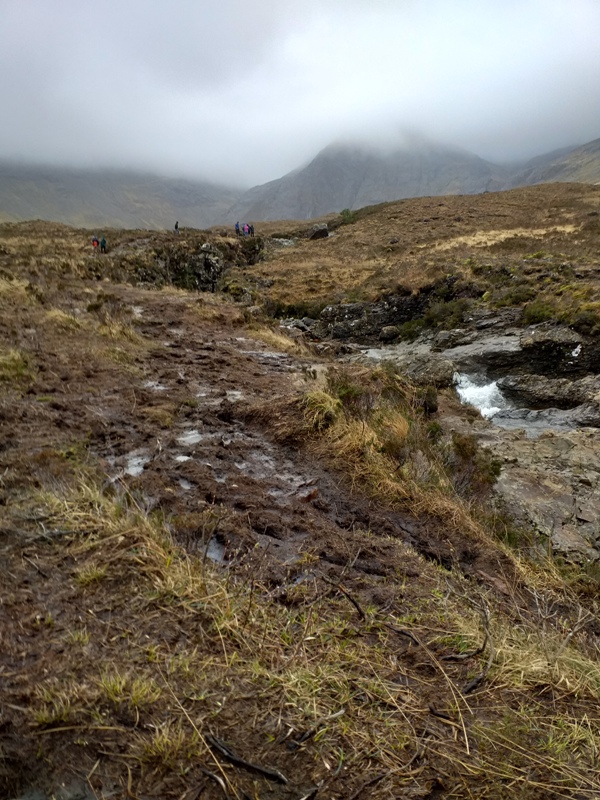 Attempts have been made to control the erosion and a wide path has been constructed from the car park to the pools, a walk of ~20 minutes. But the path is in itself a bit of an eyesore as it is made from ugly grey hardcore and not from locally sourced stone. As a younger man, I used to help with the construction of footpaths in environmentally sensitive areas and I can see that the path to the Fairy Pools is more about the convenience of visitors than it is about ecology. 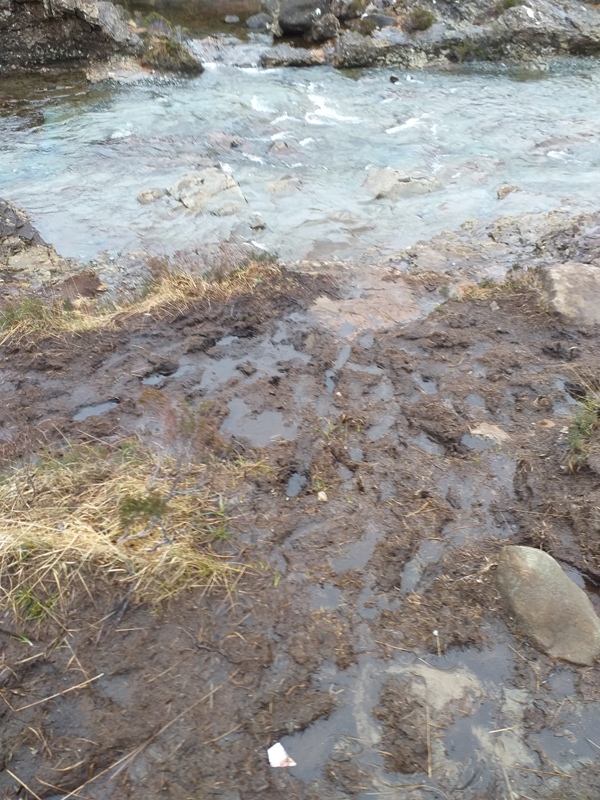 I suspect that most visitors won’t notice or care that much about the path or the erosion of the river banks as they won’t have known what it was like before. For me it was a saddening experience as I had first visited the Fairy Pools in 2006 on a still summer evening without another soul in sight. The contrast between the beauty of that first visit and the “theme park” feel that greeted me this time was a shock. I hope that there is a way they can reverse some of the damage and find a happier balance between tourism and environmentalism.