I had an enquiry the other day from somebody who wanted a tour that would take them to places where they would feel the “spirits of the past”. There are lots of moodily atmospheric locations in , but this person claimed to have the sixth sense and wanted places where they really would make contact, if you know what I mean.

I’m always intrigued by ghost stories especially when they are recounted from first hand experience. The mark of a good ghost story is that it should always be able to get a room full of people silenced with baited breath. When I used to take groups away on conservation holidays to remote areas of the Scottish Highlands, I found that the best icebreaker on the first night was to get out my well thumbed copy of a “Gazetteer of Scottish Ghosts” and recount a few stories. Such a book really DOES exist.

Telling ghost stories wasn’t always a good idea as one of the remotest hostels that we used was apparently haunted by a poltergeist that insisted on keeping the table clear in the male dormitory. If anything was left on top of the table, you could be assured that it would soon end up on the floor even if the room had been left empty. I have a German friend who would no doubt try to find a logical explanation for this, but I think that the world is a very dull place if you can find a scientific solution for everything.

During our research for the tour itineraries, I like to try to find out the local ghost stories. Not necessarily the well known ones involving castles and dungeons, but those that people tell down the pub about things that they have experienced themselves. There is something far more chilling about these stories. I heard a great one in the in Inveraray from a forestry truck driver who lived in nearby Lochgilphead. On his way home from work, and just as he was driving past the rubbish dump outside of Lochgilphead, a figure stepped out in front of his truck and passed out of sight below the vehicle. The driver immediately stopped and jumped out of the cab. There was nothing on the road so he reluctantly looked under the lorry expecting to see a mangled body, but there was no sign of any victim. Still fearing the worst, he walked to the front of his vehicle. Once again, no sign of an impact, but as he stood inspecting his vehicle he became aware of a hooded figure standing close by on the verge of the road. Needless to say, our big burly truck driver didn’t wait around to offer a lift. 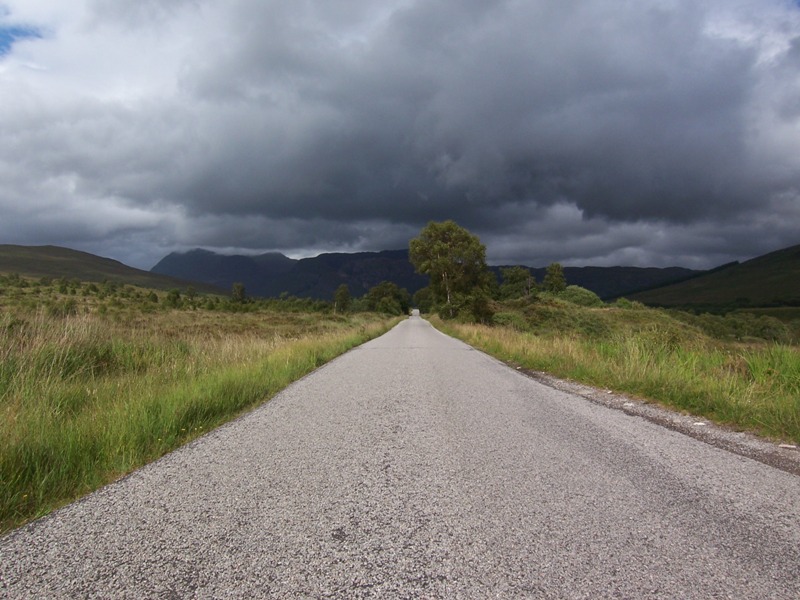 On Skye, there is a well known ghost story about a phantom car (a 1930’s Austin) that drives at crazy speeds along a stretch of road between Portree and Sligachan. The car would be seen approaching with one headlight blazing, but would disappear before ever passing any oncoming vehicle. Sightings of the car were more common in the 1940’s – 50’s, and the car was reported to the Police by people concerned that it had crashed off the road. The road from Portree to Broadford has now been rerouted and I haven’t heard of any recent sightings, but there is an interesting twist to the story. When visiting a farmhouse B&B on Skye, I asked the owner if she knew anything about the ghost car. She naturally knew about the story and where the sightings took place, but she hadn’t seen the car. However, she told me that many years before, the farm had employed a young lad as a farmhand during the summer. This lad had died in a car accident near Sligachan and his belongings were still lying uncollected in a chest in the barn. The chest had sat padlocked in the barn since her husband had been a child and they had always been told that it was not to be opened or discarded. Just in case the family might one day wish to collect their son’s belongings. Spooky!

If I had to pick a place that has given me the “chills” more than any other, then would be a front runner for my award of in . This is maybe not a castle that many other people would nominate as the scariest place, and there are others that lay claim to having more ghost stories. But for me this castle stirs a visceral sense of awe, maybe even fear. As you approach Tantallon, it simply appears to be a large and mainly ruined wall. It is not until you pass through the large entrance gate that you can fully appreciate the scale of the castle and understand just how frightening it would have been to be trapped here during a siege. On three sides of the castle there are sheer drops to waves that crash against impregnable cliffs. A massive four storey high curtain wall forms the fourth side of the castle. This wall was designed to absorb the punishment of cannon balls, but it is easy to imagine the terror of being trapped on this little peninsula of land whilst Oliver Cromwell’s artillery hammered at the wall which formed your only protection. 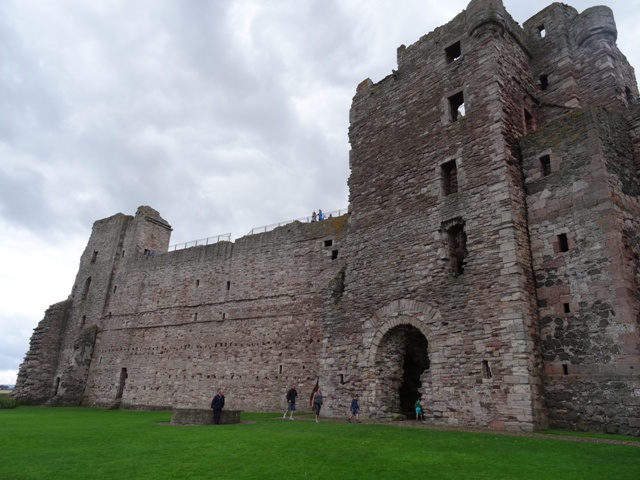 My sense of something spooky at Tantallon castle may actually have been based on something a bit more than knowledge of the castle’s history. Quite recently, a photograph was taken at this castle which seems to show a serious looking figure in period dress glowering from a window. Photographic experts say that no trickery has been used, but is it a picture of a ghost or is the light just catching something in a strange way? Click here and you can see the pictures and decide for yourself.