The first Blog entry of 2012. I’m skipping a blog entry for December as last month flew past in a flurry of activity with us updating the itineraries with the latest information on 2012 events. After an intense period of reading and double checking the guides (I swear my eyesight gets worse every time I do this) we had a week off to rest, recuperate and, in my case, recover from a really bad bout of the Flu.

So January is now upon us and that means Burns Supper time in . Now I do enjoy a good plate of Haggis (even better when it’s stuffed into a chicken breast with a whisky / mustard and cream sauce!), but Burns Suppers are something that I find to be a bit of a drag. Yes, I know this is a shocking revelation from someone who grew up in the Bard’s hometown, but there is a reason why I struggle to sit through a Burns Supper and I think it all goes back to my childhood.

My formative years were spent at and every year they had a Burns Recital competition to mark Rabbie’s birth on the 25th January 1759. So why has this left me scarred after all these years? Well every class in the school put forward its 3 best pupils to recite a poem or sing a song. From memory, there were something like 14 different classes so that comes to 42 recitals. Now you can start to see where this is going, but the story has an evil twist. Not only did we have to sit through 42 recitals (most of which were of the same 5 poems), but we had to do so whilst sitting cross-legged on the wooden floor of the school gymnasium. If you were smart, you remembered to bring a cushion from home. If you forgot the cushion you had a 3 hour ordeal of butt wrenching cramp that left you walking like you had rickets.

So now you might appreciate why I associate the poetry of Robert Burns with endurance torture techniques. Indeed, it might be a good challenge for a Japanese game show.

Despite my mental scars, I can still appreciate that Burns was a literary giant. The fact that he achieved so much from such a humble start in life is a testament to his intelligence and the quality of the Scottish education system in the 1700’s. Sadly, Robert Burns, like so many great writers, was never as valued during his lifetime as he seems to have become after his death. A very clear example of this is the poet’s mausoleum in which I visited last week. When Burns died in 1796, he was buried in an ordinary grave within a corner of St Michael’s Kirk in . It was not until 1815 that his body was moved to a much more fitting Mausoleum that had been built through public donations (including one from the Prince Regent, later George IV).

A detailed account of the exhumation of Burns body was written by John McDairmid, editor of the local newspaper the Dumfries Courier. McDairmid recounts that when the basic coffin was first opened they found the corpse of Burns looking so fresh that he might have “newly sunk into the sleep of death”. However, when they attempted to move the body onto a platform to be transported, the head separated from the trunk and the whole body with the exception of the bones crumbled into dust. The remains were then re-interred in the much grander mausoleum that now dominates a corner of St Michael’s Kirk. 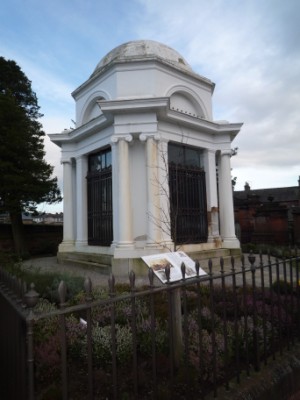 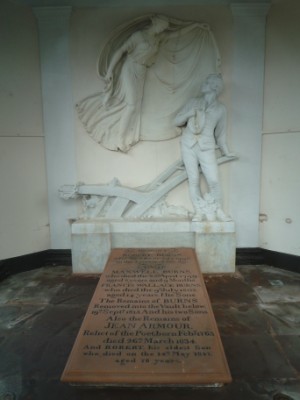 It has to be said that the graveyard at St Michael’s Kirk is quite distinctive in its own right and there are an amazing number of enormous tombstones fighting for your attention within a very small area. The sheer scale of some of these memorials would suggest that was home to some very wealthy people with big egos!

With the exception of the new in Alloway, most of the tourist attractions related to Burns are quite low key and uninspiring affairs. His burial place in is signposted, but not in a way that would really catch the eye of someone who didn’t already know where to look for it. Similarly, his last home in is now a very modest little museum with just a few personal belongings on display. Maybe the Bard doesn’t generate enough interest, but I can’t help feeling that something more innovative could be done to animate the history of the place where he died. The in has a rather eerie mannequin of Wallace that tells his story by means of an animated face that is projected on to it. Perhaps a similar idea would work in Burns’ House in . 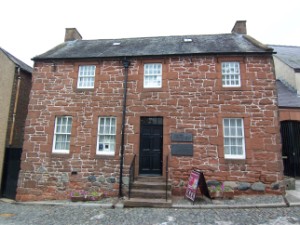 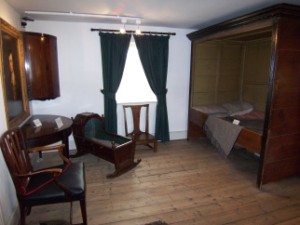 Unfortunately, Burns was not very wealthy when he died so his family were not able to mothball his home and possessions in the same way that the family of Sir Walter Scott were able to turn Abbotsford House into a “shrine” to his memory. It also has to be remembered that Burns was quite a revolutionary character in his day and was not popular with the establishment for his support of the French Revolution and his criticism of the Act of Union with the Westminster Parliament. When he died, he was not the sort of figure that the authorities would want the public to hold up as a hero.

From his poetry, I guess he would probably be enjoying the current growth of the movement towards Scottish Independence. He displayed some of his views on this in his poem “Scots Wha Hae” (Scots Who Have). The poem is meant to be based on the words that Robert the Bruce spoke to his troops before the Battle of Bannockburn. It’s stirring stuff, even for a 7 year old with cramp in his butt!

Wha will be a traitor knave?
Wha will fill a coward's grave?
Wha sae base as be a slave? -
Let him turn, and flee!

Wha for 's King and Law
Freedom's sword will strongly draw,
Freeman stand or freeman fa',
Let him follow me!

By oppression's woes and pains,
By your sons in servile chains,
We will drain our dearest veins
But they shall be free!

Lay the proud usurpers low!
Tyrants fall in every foe!
's in every blow!
Let us do or dee!