The Covid19 travel restrictions have really limited the amount of touring and route research that we could do in Scotland this year. However, we did manage to get to Islay in August and we got the best possible weather for our week on “The Queen of the Hebrides”.

This was my 5th visit to Islay and Aury’s 3rd. After that many trips you might think we would have exhausted the options of things to do on Islay but we can always find new stuff to do no matter where we go in Scotland.

So this trip was not about whisky tours, although we did visit the new distillery at Ardnahoe and the new-ish Kilchoman.

Instead, we used this trip to visit some of the corners of Islay and Jura that tend to get overlooked because most tourists heading to Islay are going there primarily for the whisky (and rightly so!). 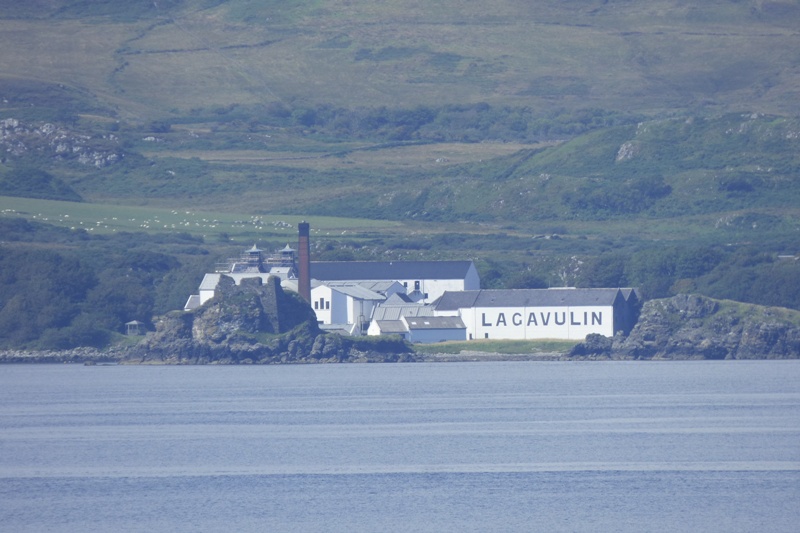 Disclaimer: Before I write anything more, I would like to declare something.

Islay is my favourite island.

It’s not just because of the whisky (which I do love), or the many happy memories from parties at the Islay Whisky Festivals. Islay has a place in my heart because it is such a friendly island and it retains such a strong island identity.

This is in part because the whisky industry has made the Islay economy so strong that there is no shortage of jobs on the island and the young folk don’t need to leave the island to find work.

Skye and Mull, by way of contrast, are islands where “incomers” seem to outnumber the locals and over the years that leads to the island culture becoming diluted.

Islay is a wonderful example of how a small remote community can not only sustain itself but thrive. It’s a model for how I’d wish all of Scotland to be.

So to show you why I love Islay, I’ve compiled a list of some of the highlights from our recent holiday.

Islay was the power base of the “Lords of the Isles” who owned and controlled most of the land and islands along Scotland’s west coast. They were a law unto themselves and quite often found themselves in conflict with the King of Scotland. 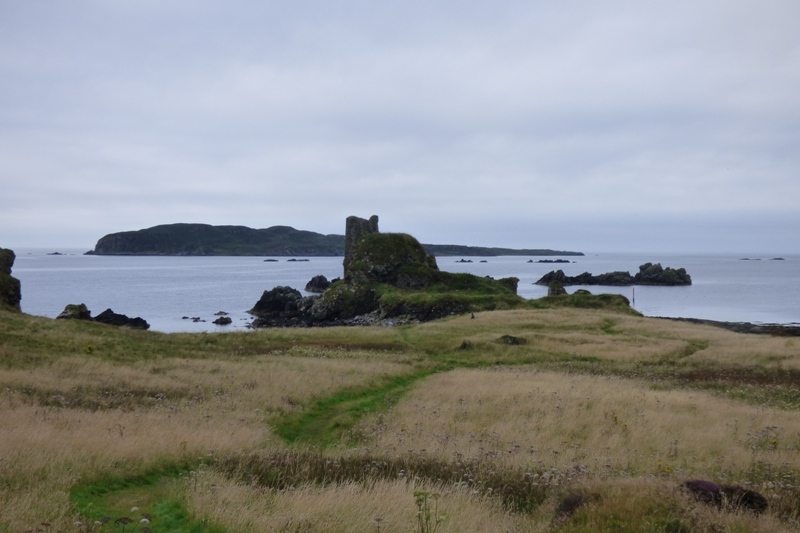 The capital of the “Lord of the Isles” territories was at Finlaggan in the centre of Islay. There are the remains of a few stone buildings at Finlaggan but they seem quite modest and it is hard to relate these ruins to such a powerful dynasty. 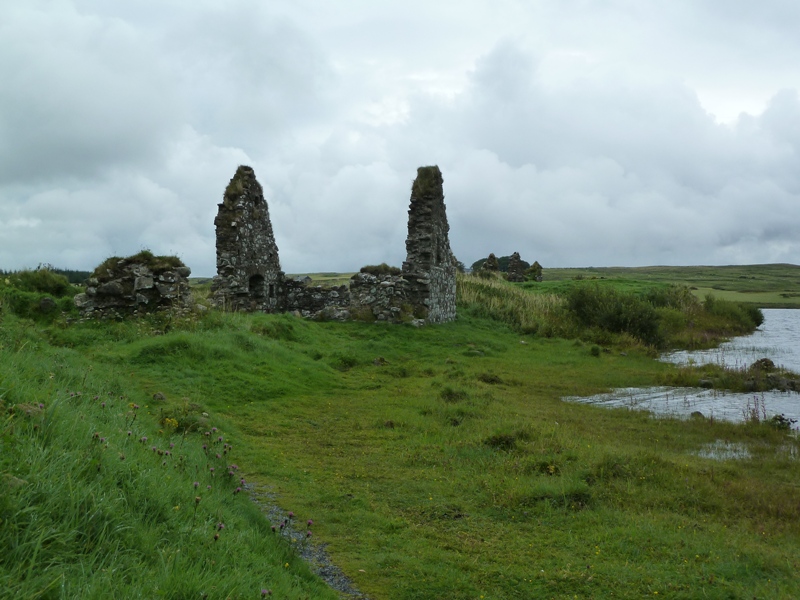 On the other hand, Dunyvaig Castle seems much more suitable as a stronghold for a renegade warlord. The ruins of this castle guard the entrance to Lagavulin Bay where the Lord of the Isles had his main Naval base. They used vessels called Am Birlinn which was a Scottish adaptation of the Viking longboat. 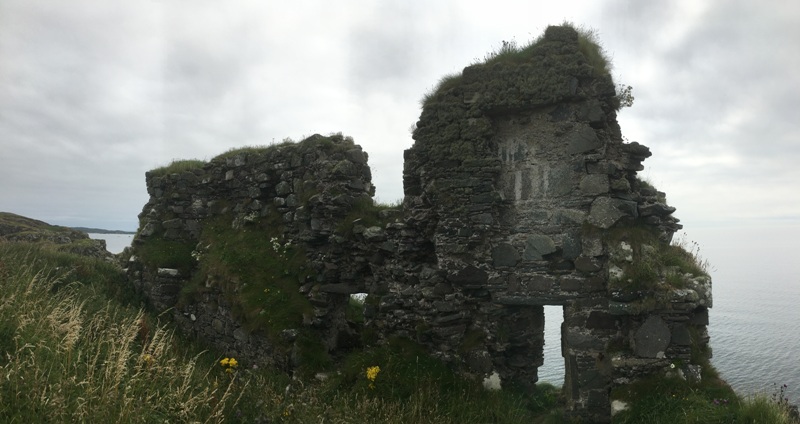 Although little of the castle remains intact, it is easy to imagine the bay filled with longboats at anchor waiting to go on a raiding mission. 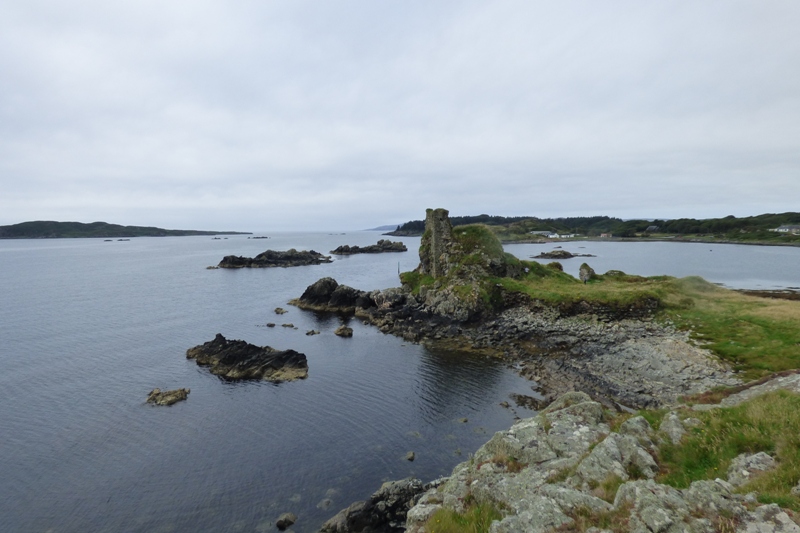 Tiree is arguably the Scottish island that is most famous for its great sandy beaches, but the coast of Islay is peppered with beaches that give Tiree a run for its money.

It’s hard to pick the best beach from all the options, but for the tranquility and sheer expanse of sand, we’d have to pick Traigh Baile Aonghais (or Angus’ Home Beach in English). To get to this beach, you have to drive up a very pot-holed single-track road then park up the car and walk another mile or so to get to the best part of the beach. 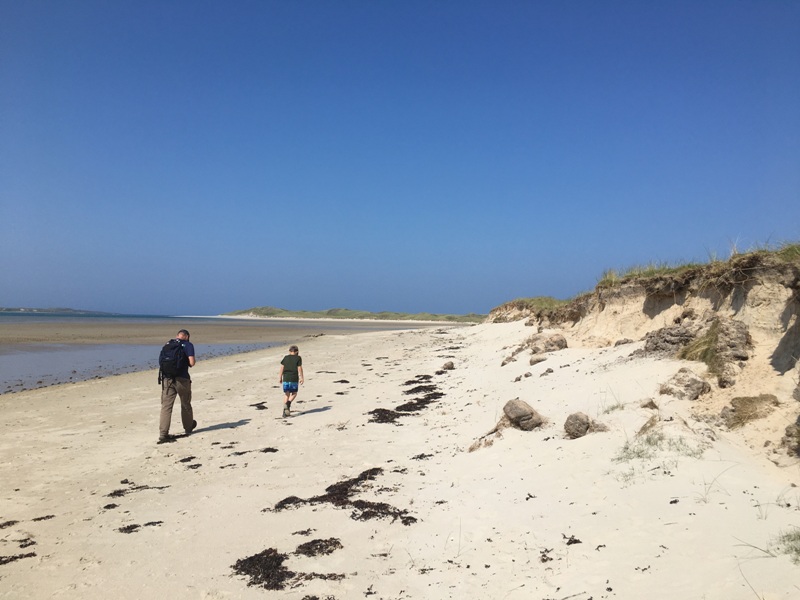 The sand on this beach is incredibly soft underfoot and it is a surprisingly tiring walk as your feet sink several inches into the beach with every step. Persevere and you will be rewarded with a safe place to swim that is so empty that you can easily go for a skinny dip in complete privacy. 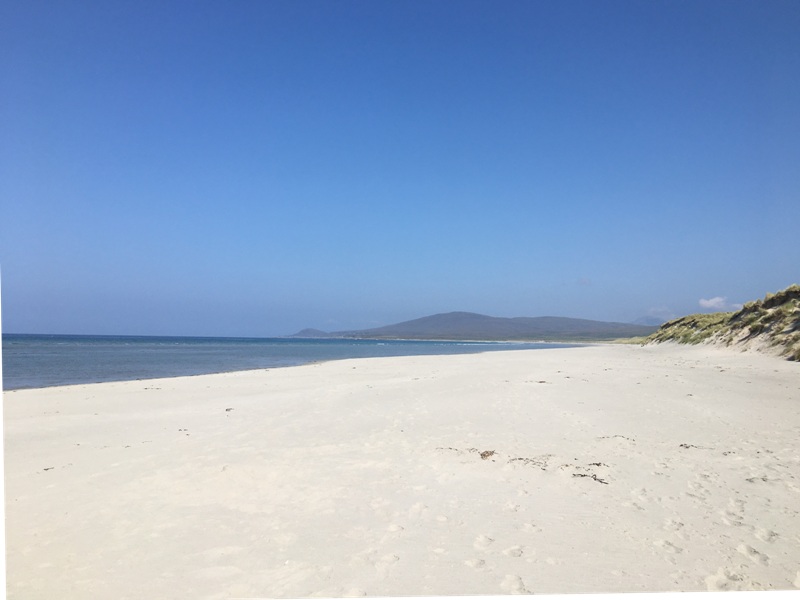 The only difficulty you will have is that the waters are so shallow that you have to wade a long way before you even get waist deep. 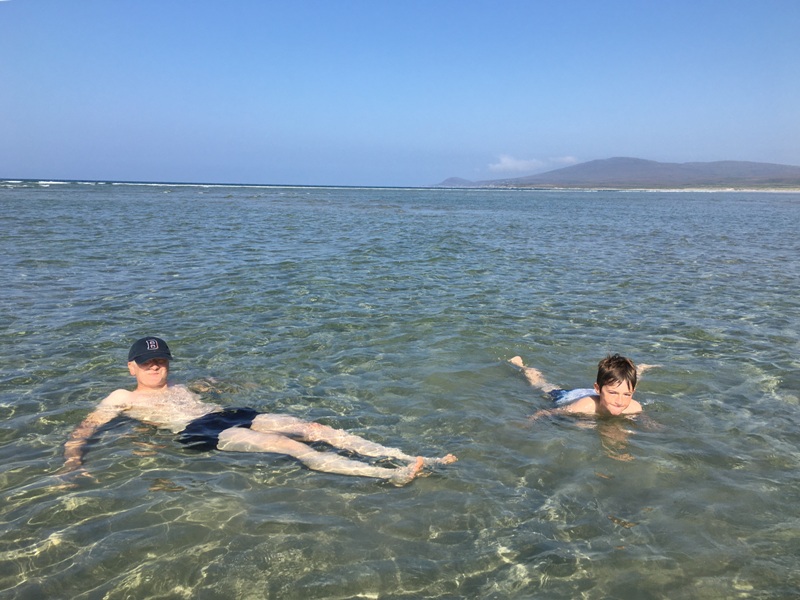 We’re not sure, but we think the Angus (Aonghais) that the beach is named after, is probably the same Angus Og that supported Robert the Bruce in the Scottish Wars of Independence.

We’ve written about this in a previous blog, but it’s worth another mention as it’s a great example of a tradition that the locals have continued for centuries.

KIlchoman church is, to be brutally honest, a rather ugly derelict shell. Its bleakness is a harsh reminder of the demise of a community which was decimated by the 19th century Clearances. The church dates from 1827 but it is surrounded by a graveyard with much older gravestones as this was also the site of a medieval chapel that has long since gone. 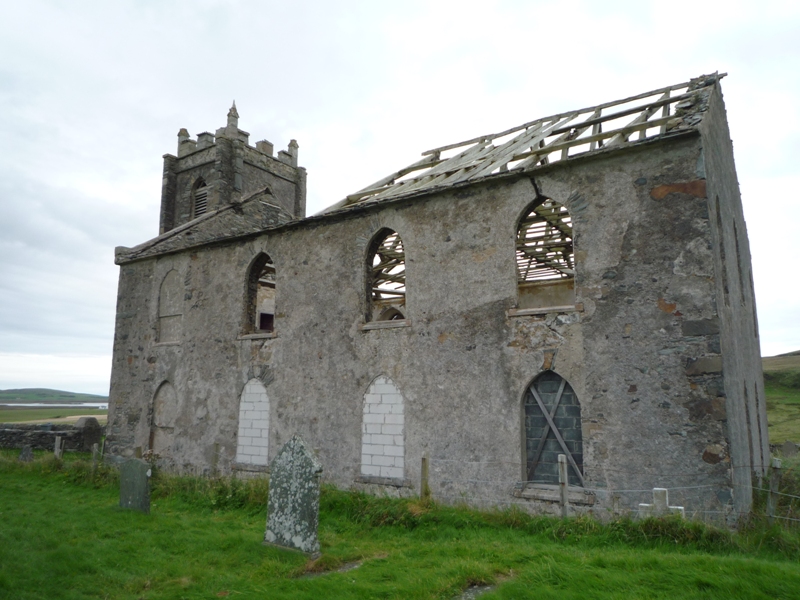 In the graveyard, there is a fine example of a 14th century cross carved in the “Iona Style” with intricate detail. The cross stand almost 8.5 feet tall and is surprisingly slim. It looks like a hard knock might snap it in two. 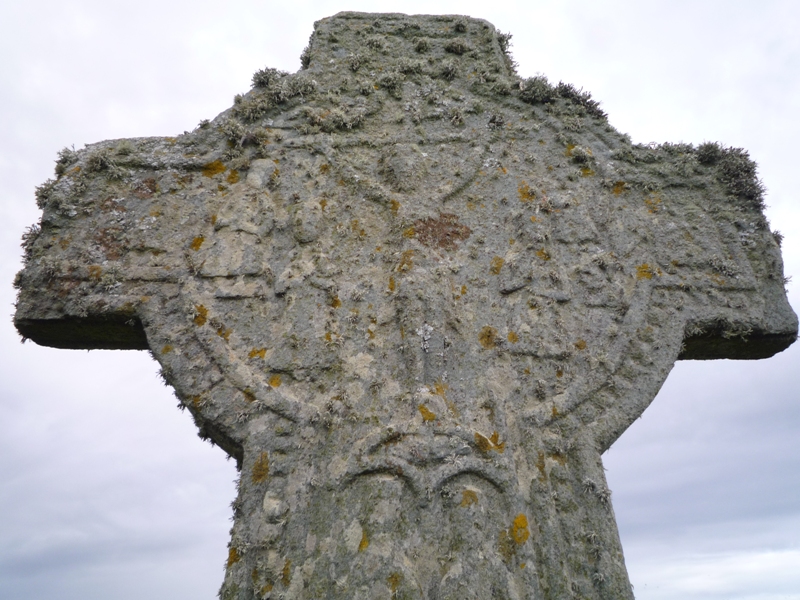 But the thing that intrigues us most about this cross is the pear-shaped stone that sits in a hollow worn into the plinth stone. For many centuries there has been a tradition of placing an offering at the foot of the cross and then turning the stone three times clockwise to wish for a male heir.  It's a tradition that continues to this very day and you’ll find current coinage left beside the wishing stone.

By the way, I was once told that you could also turn the stone anticlockwise to wish for a girl but knowing the person that told me this, I suspect I was being teased. 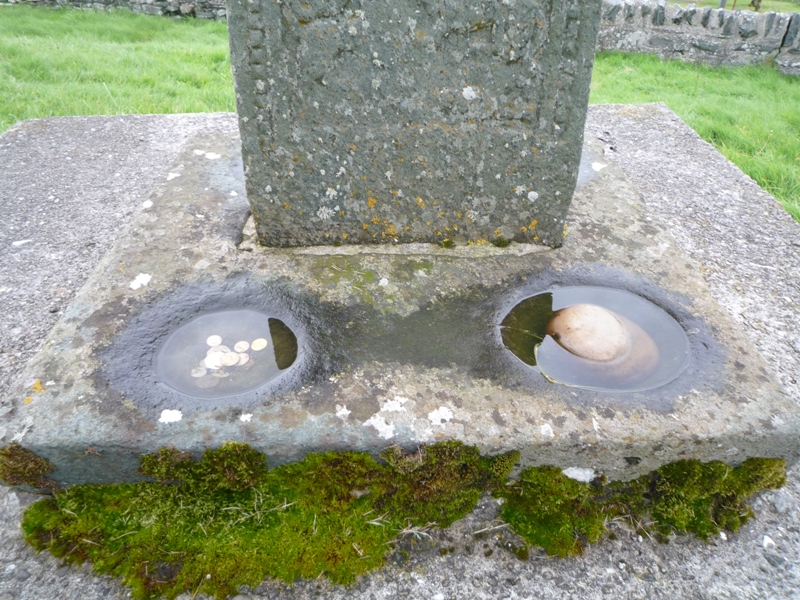 Islay is fairly flat. It undulates pleasantly, but it doesn’t have anything that you’d really consider high enough to be deemed "a mountain". So, if you want a hill climb that will work up an appetite, you should hop on the little ferry for the short crossing to Jura. The skyline of Jura is dominated by its 3 Paps and, whilst the highest of the Paps is just 785 metres, their ascent is a hard slog. 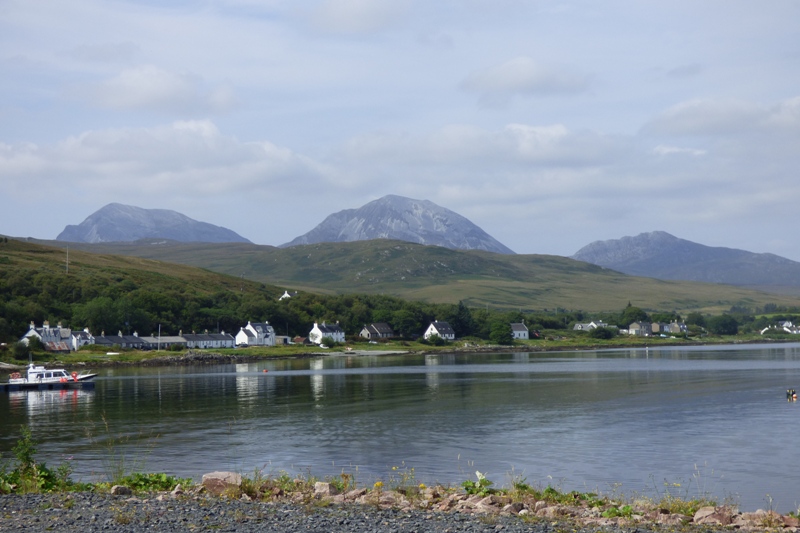 It’s not so much the gradient that will wear you out, although that is a challenge on the loose scree slopes, it is the horrendous bogs you need to navigate through before you even get onto the slopes. 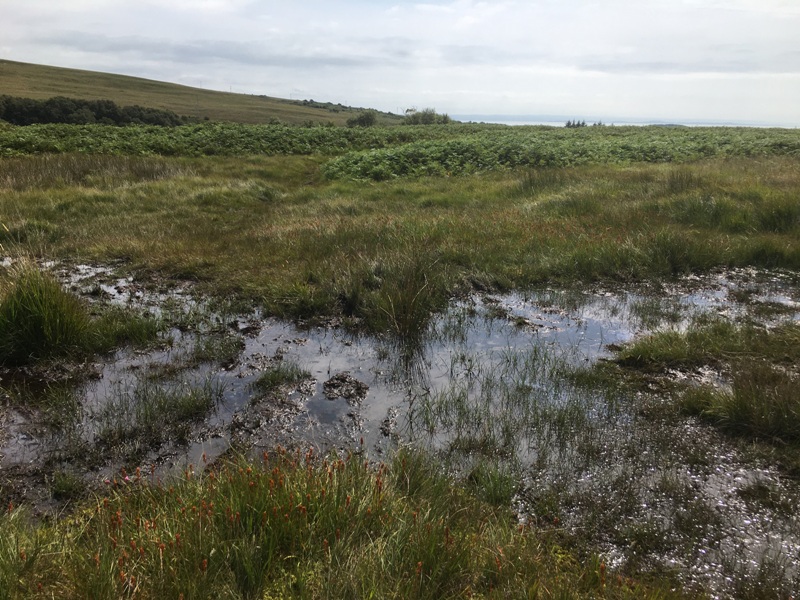 We were running against the clock and wasted so much time trying to pick a route through the sodden moorland of the lowers slopes that we had to abandon the ascent before reaching the summit of the highest Pap, Beinn an Oir. 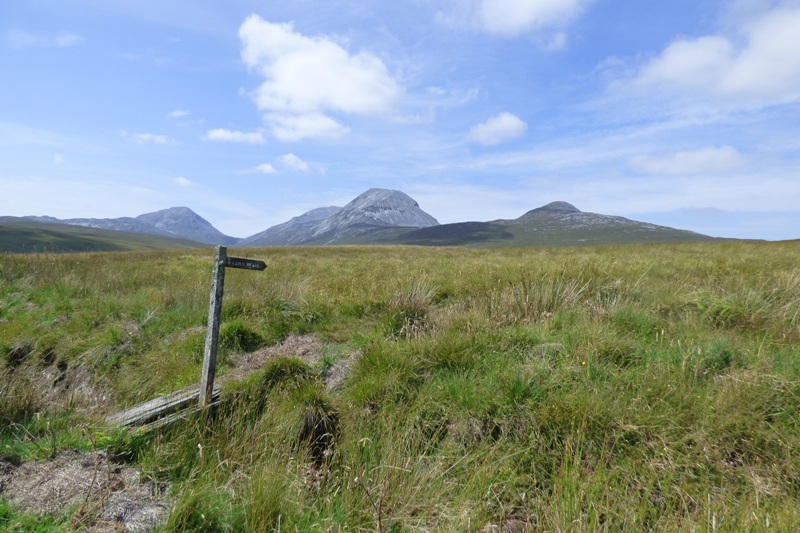 We got so mud-encrusted that we had to wash our boots and trousers in a stream whilst we had a picnic. As a consolation, we had a swift refreshment in the beer garden at the Jura Hotel, before heading back to the ferry. 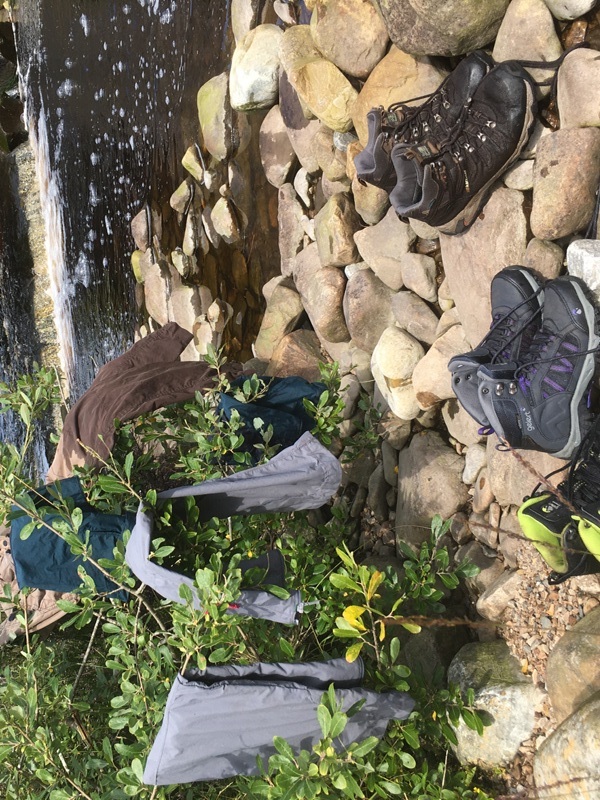 Mission aborted, but we’d still recommend a day trip to Jura as Craighouse is a pretty little village and there’s a great sense of community on the island. It’s the sort of place where you can leave your doors unlocked and not be worried. 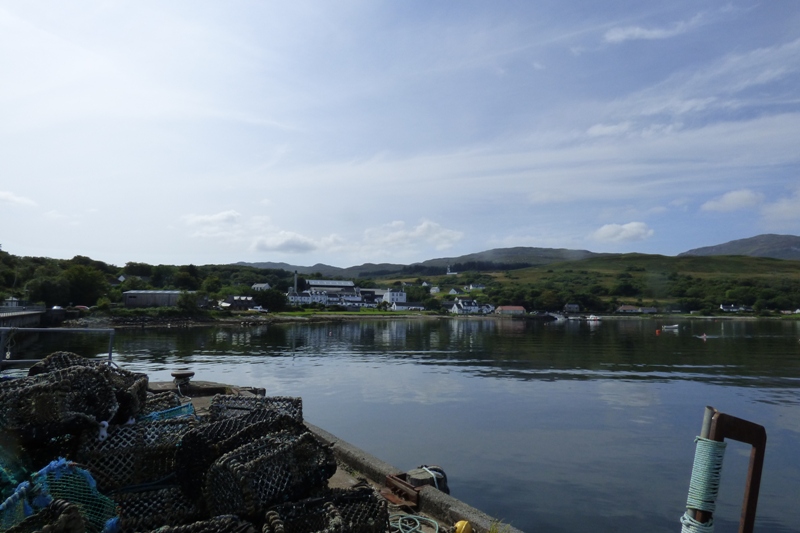 Another beach, but what a beauty. 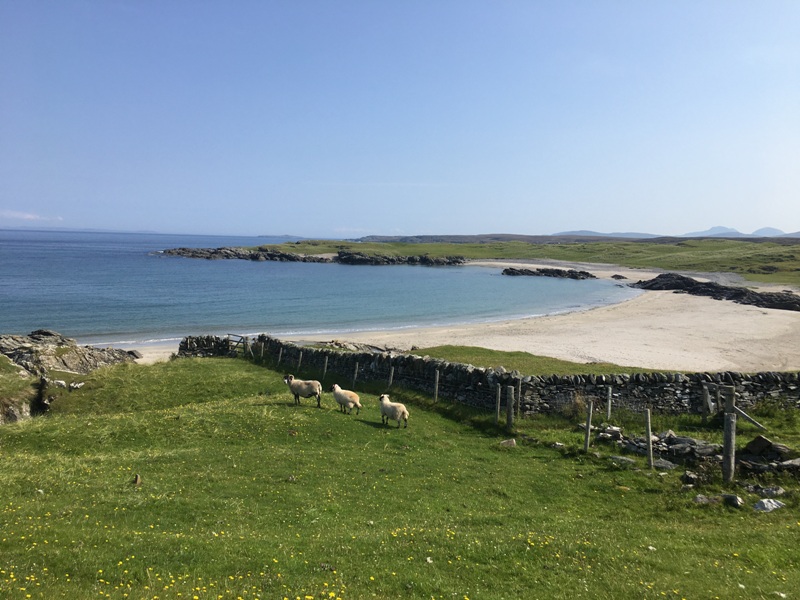 On a sunny day, this beach looks tropical and has the same turquoise blue waters and white sands that you associate with a Carribean setting. Whilst you won’t find the waters as warm as the Carribean you will be pleasantly surprised by how sheltered the beach is by the cliffs that flank it. Islay, however, has a sad history of tragedies at sea. The World War One losses of the troopships Tuscania and Otranto, with hundreds of American soldiers drowned, are well known. But an equally tragic event happened off the shores of Port Ghille Greamhair and Sanaigmore.

It was on the night of the 28th April 1847 that a ship called the “Exmouth” was driven by a storm onto the rocks near Sanaigmore Bay. The ship was carrying a large number of Irish emigrants, many victims of the Potato Famine, from Londonderry to Quebec.

A disproportionate number of the passengers were women and children as the menfolk had traveled to the “New World” in advance of their families in order to set up homes. Only 3 crew members survived and an estimated 241 souls perished. Of the 108 bodies recovered, 63 were less than 14 years old.

A memorial stone commemorates the dead and it stands near the sand dunes where the recovered bodies were interred in a mass grave. On a cheerier note, we paid a visit to Islay’s newest distillery, Ardnahoe.

Unlike Islay’s traditional distilleries which were all located beside the sea to facilitate the transportation of their produce by boat, Ardnahoe has an elevated position with views across the Sound of Islay to the Paps of Jura. The distillery filled its first cask in November 2018, so we couldn’t taste any of their whisky just yet (it has to mature in the cask for 3 years before it can be called Scotch Whisky). But we did enjoy sampling the food in their restaurant.

I can’t vouch for their whisky, but I can tell you that they do an excellent smoked salmon salad and their pan-fried pheasant in a mushroom and tarragon cream sauce is darn good too. 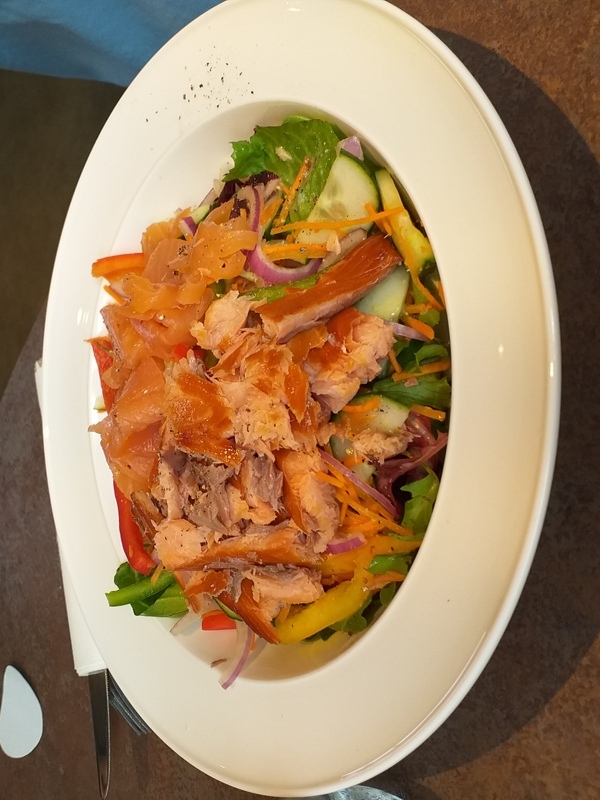 When you combine this pub’s location in picturesque Portnahaven with its down-to-earth charms and excellent beer, you have all the ingredients for a great wee boozer. It’s the locals that drink here that make it extra special though. You’ll immediately feel at home and we recommend you head here for the “Craic”. We think fans of the film “Local Hero” will enjoy this pub as, in spirit, it’s a bit like the fictional “MacAskill Arms”. They also do some fantastic seafood, but if you want to try their bountiful seafood platter you need to give them 24 hours' notice. And after your meal, you can wander down to the seashore and meet the local wildlife who are very laid back too.